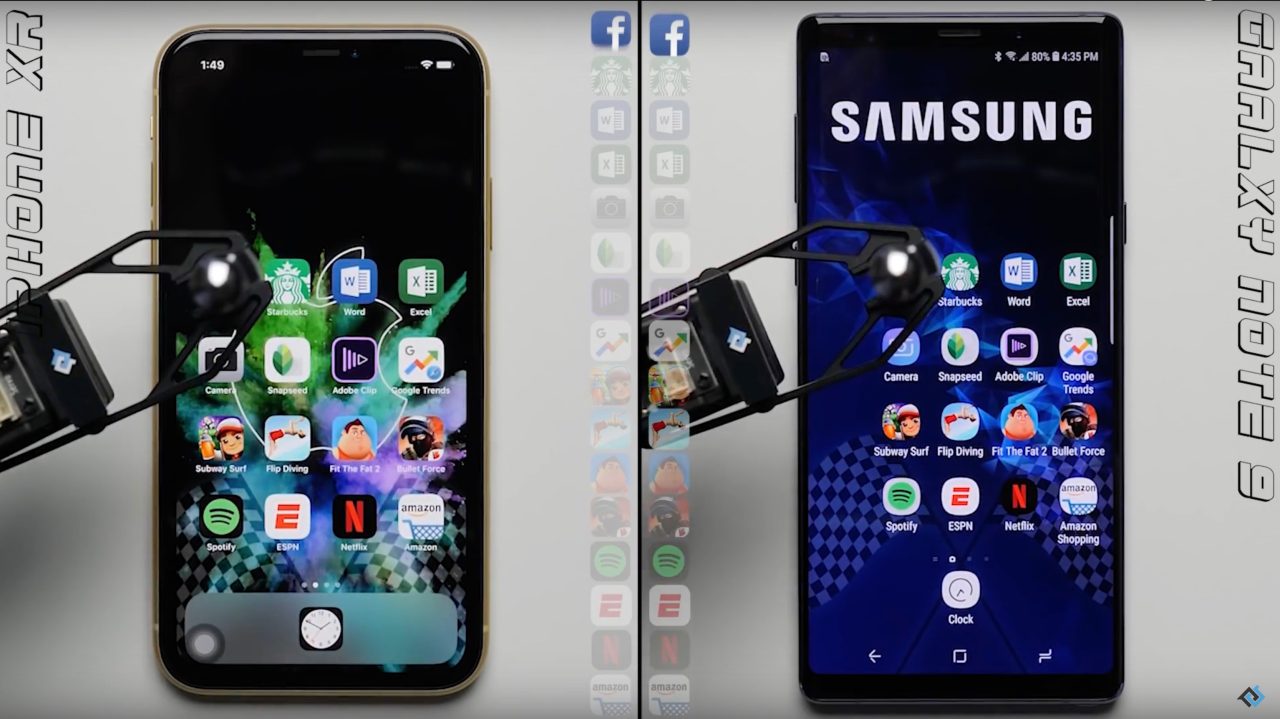 When the iPhone XS was released, we saw Apple’s flagship device square off against Samsung’s Note 9 in an app launching speed test and beat it by 14 seconds. Now, YouTuber PhoneBuff has done an iPhone XR speed test against the same Android flagship. Even with 5GB less RAM than the Note 9, the XR was still able to squeak out a tie.

With 4GB of RAM, the iPhone XS Max performance is impressive with its A12 Bionic chip and tight integration between Apple’s hardware and software. Even with double the RAM, Samsung’s Galaxy Note 9 wasn’t able to keep up.

Even with the same powerful A12 chip, PhoneBuff wanted to test out how the iPhone XR would compare to the Note 9, with a great 3GB vs 8GB RAM difference.

As expected the XR handily beat the Note 9 in the first lap of launching apps, but the Note 9 made up some serious ground on the second lap with its 8GB RAM. The XR was able to keep a mix of its apps open in memory like Subway Surfers, Flip Diving, Excel, Word, and more.

However, the Note 9 made up for lost time as it kept all apps open in memory, while Adobe Premiere, Facebook, and the Camera app weren’t retained by the 3GB RAM in the XR.

The two phones tied with a time of 2:38, however, technically the iPhone XR finished 15 centiseconds faster, but who’s counting? 😅

The iPhone XS Max handily beat the Pixel 3 in PhoneBuff’s last showdown, but Google’s latest device was dealing with a software bug. We’ll keep an eye out if the XR goes head to head with the Pixel 3 in the future.