Today, Twelve South released its latest Apple-related product — the PowerPic Wireless Charger. This Qi-enabled charger looks like a picture frame, because that’s what it actually is. Twelve South combined a 5×7 New Zealand pine picture frame with a 10W-rated wireless charger that will power up your iPhone.

It’s a unique product that turns an otherwise mundane frame into something with dual functionality, yet the asking price may be prohibitive for some. Watch our brief hands-on video to see the PowerPic in action.

Twelve South is known for creating useful and sometimes whimsical Apple-related accessories, and the PowerPic Wireless Charger falls right in line with these expectations. It’s not the type of product that I would have ever imagined needing, but it’s pretty fun to use.

I especially like the idea of combining a 5×7 background image with a complementing foreground iPhone wallpaper. Although I found my iPhone XS Max to be a bit large to truly make the foreground/background effect work as well as it could.

Twelve South provides a couple of sample background photos in the box, and will also offer downloadable iPhone backgrounds and frame images that will create a seamless look between the two devices. 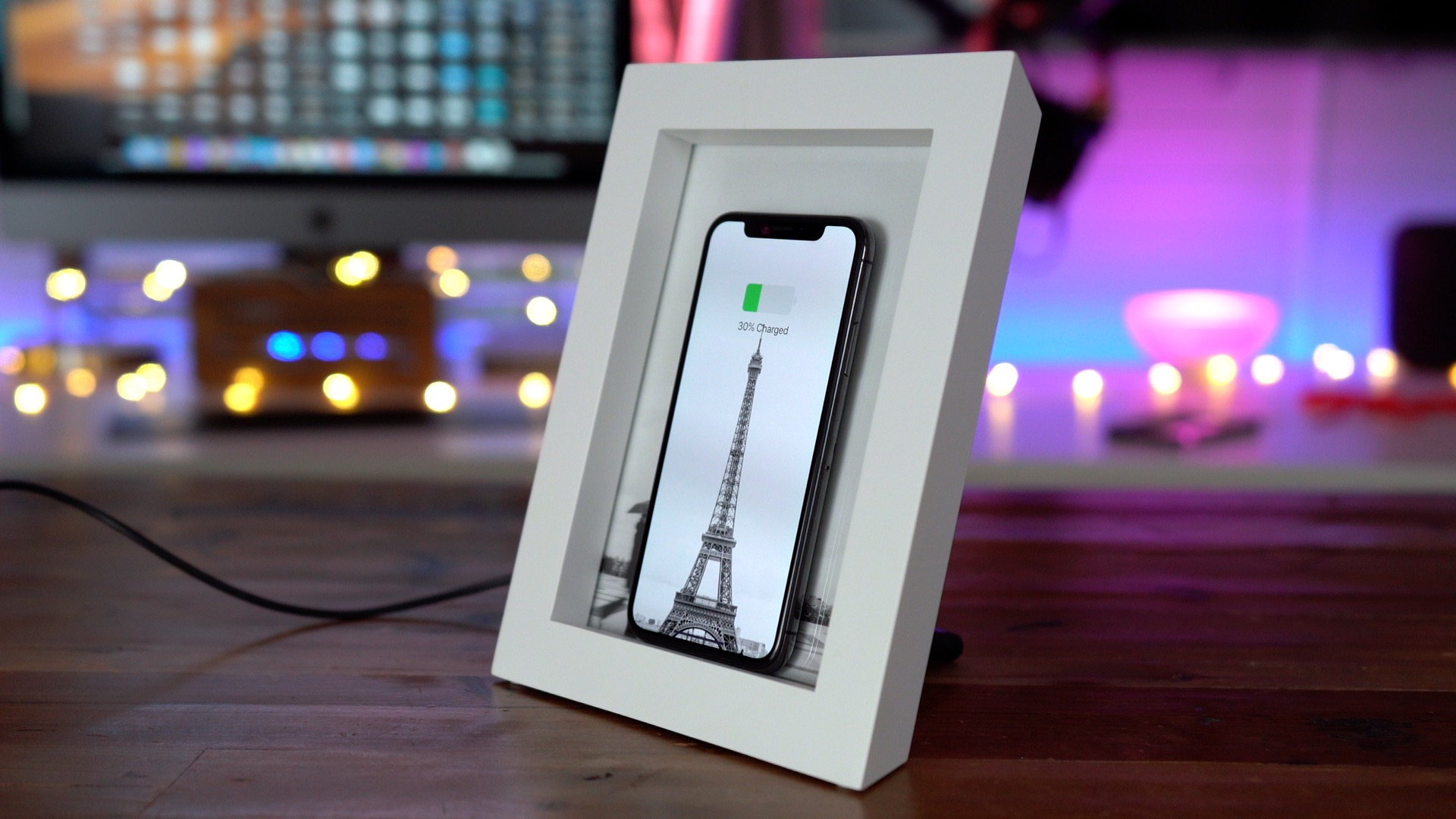 It’s a unique device, but the $80 asking price, which I wasn’t privy to until this morning, is quite steep in my opinion. This is especially true given that my favorite wireless charger thus far, the Mophie Wireless Charging Base (hands-on), can be had for half that price.

Still, if you’re looking for a picture frame that doubles as a wireless charger, Twelve South’s is pretty much the only game in town. 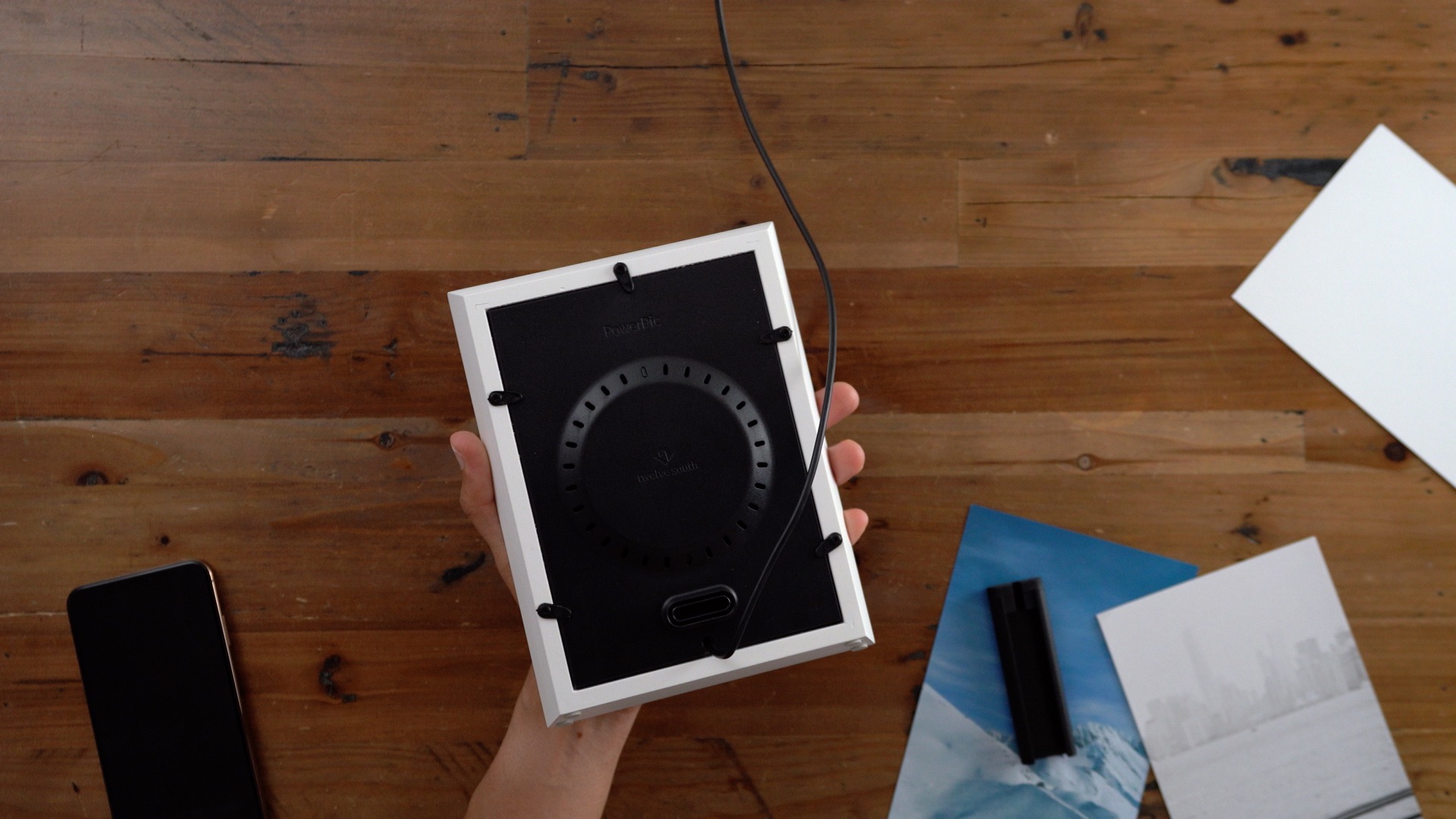 What are your thoughts on the Twelve South PowerPic Wireless Charger? Sound off down below in the comments with your feedback.