It’s a special day for Apple fans in Thailand. The country’s first Apple store and the second in all of Southeast Asia opened today at Bangkok’s ICONSIAM shopping center. The landmark retail complex is significant both for Bangkok and Apple’s overarching goal of making Today at Apple available to more customers and in more countries.

Connected to the Chao Phraya River, ICONSIAM is a brand-new development known as “The Icon of Eternal Prosperity.” The project’s retail portion, encompassing over 565,000 sq. ft., celebrated its grand opening alongside Apple’s new location. Over one dozen other flagship stores from various luxury brands are situated in adjacent spaces.

On the evening before the public opening, a special invitation-only celebration was held for the shopping center with guests dressed in tuxedos and gala gowns. Performances celebrating Thai culture with dancers, fireworks, and a drone show lit up the evening, and singer Alicia Keys traveled from New York for a special performance. 9to5Mac reader David shared with us photos from Apple’s own store preview. 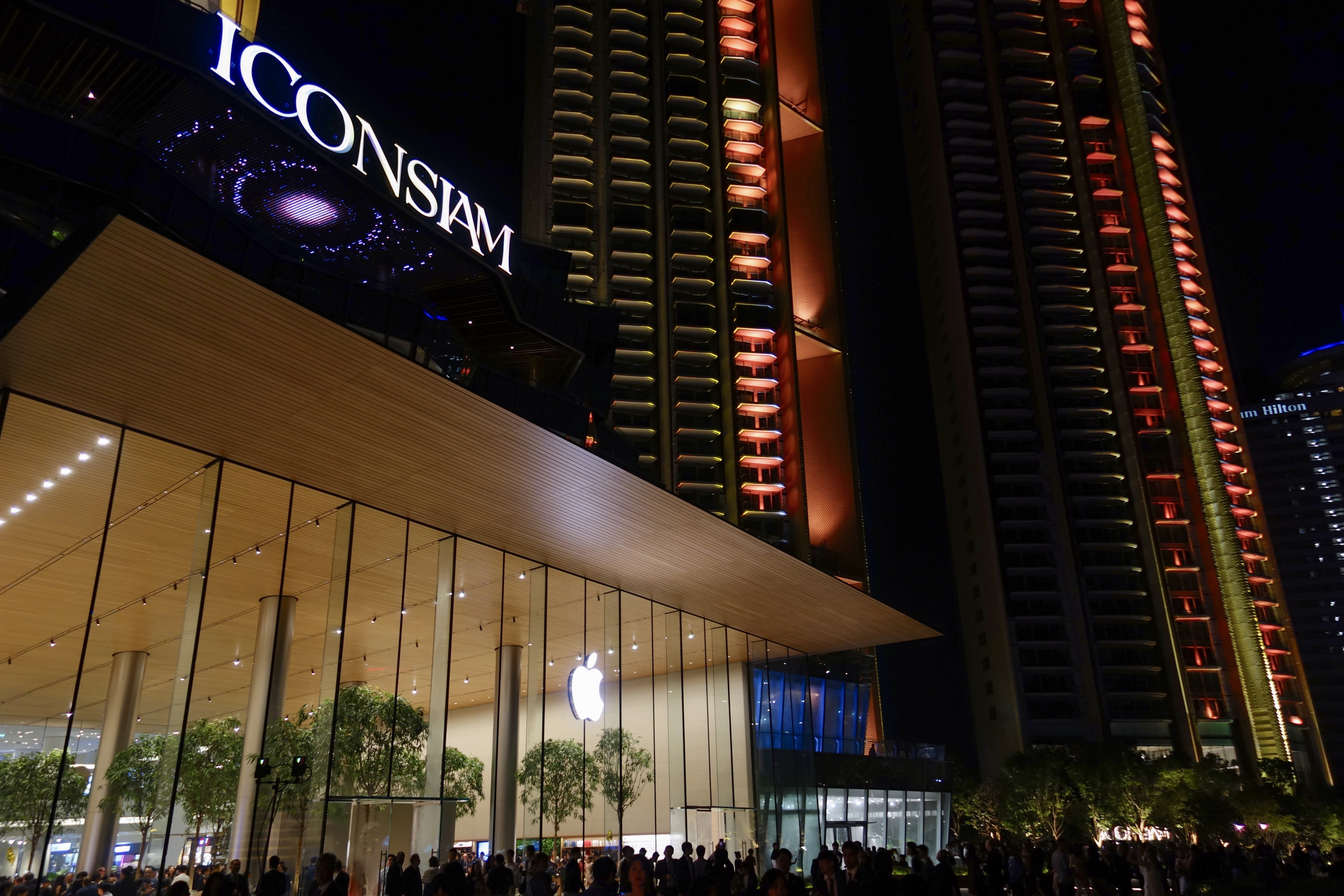 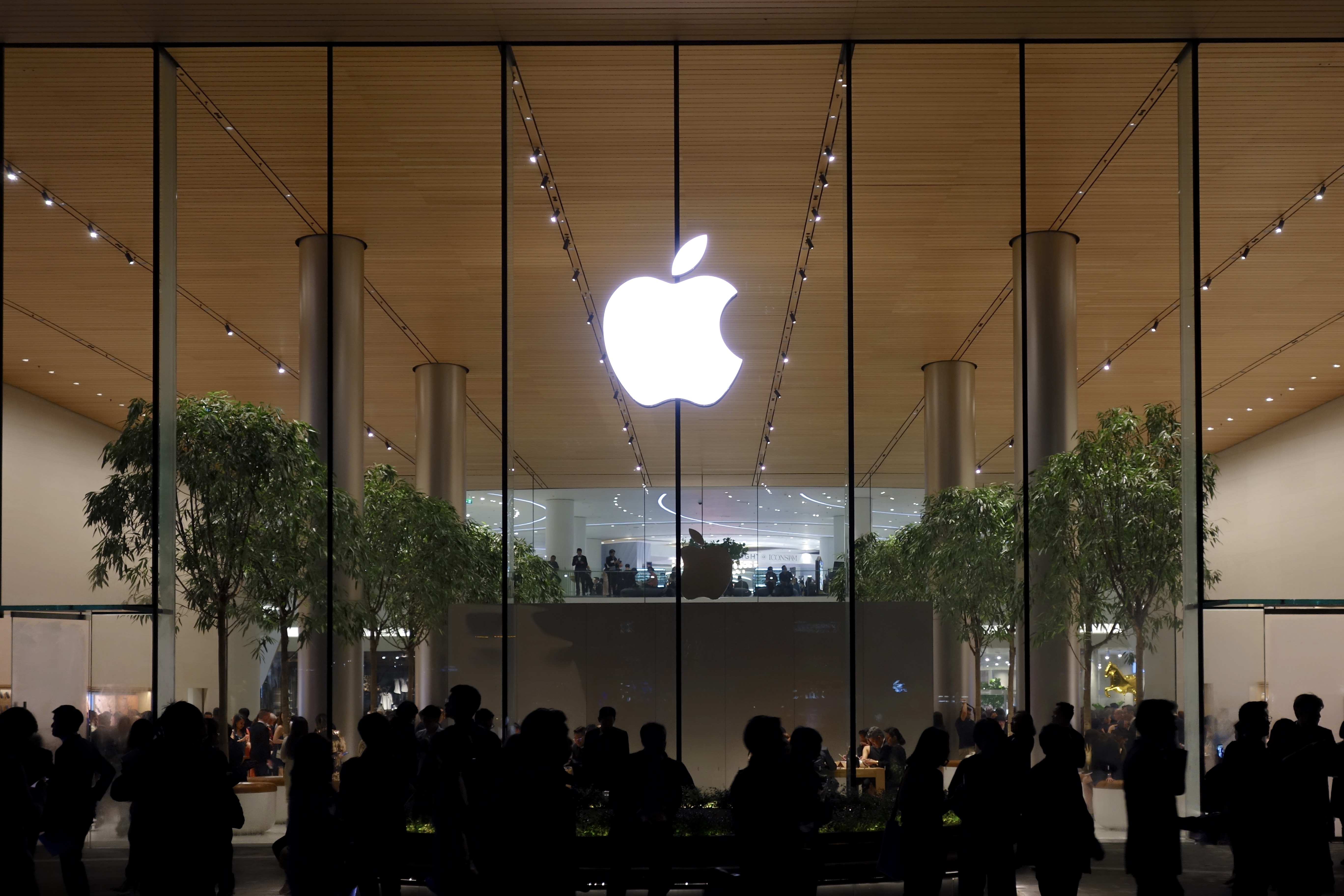 For its first store in Thailand, Apple secured the best real estate in the mall. Apple Iconsiam is centered right underneath the mall’s main signage and opens to a second story rooftop deck supported by the longest pillarless glass facade in the world. Apple’s watch band partner, Hermès, occupies a store on the floor below.

Opposing glass walls offer two entries to Apple’s Forum, one indoors and one outdoors. A gigantic cantilevered roof extends toward the landscaped rooftop deck, finished with wood slats spaced to allow light to shine through. Circular planters with reflecting pools and curved benches anchor the front of the Foster + Partners-designed store, and a terrace planted with ground cover foliage and pavers lies just beyond. 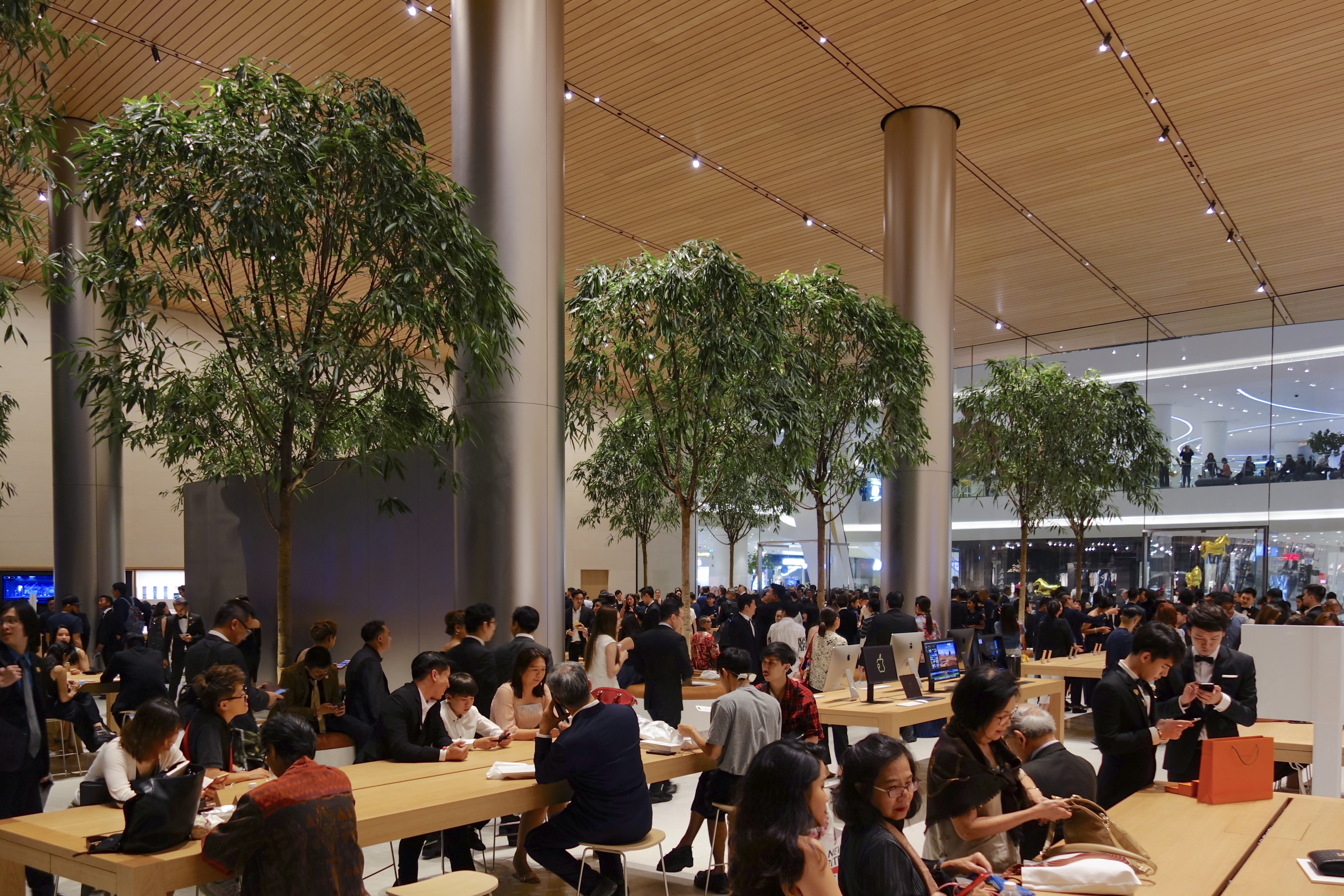 In contrast to the organic exterior, Apple’s indoor entry greets customers with slowly curved stone walls abutting the glass doorways. A pair of escalators guide visitors to and from the doors. Apple has spoiled its Thai customers at Iconsiam. For many, their first experience with an Apple store will be among the best in the world. Two sets of Ficus trees — twelve in total — line the sides of a Genius Grove leading to the store’s 6K Video Wall. Twenty tables house Apple’s products, workspaces, and Forum displays for Today at Apple sessions. Eleven Avenue display cases plus a Living Wall with leather seats are set into the stone walls on opposite sides of the store.

Beyond the architecture, the big story for Apple is the launch of Today at Apple sessions in a new country. The free, community-oriented events have become the best way for Apple customers to get more out of their devices and be inspired by the creative community. “New Beginnings” is a special collection of sessions developed for Iconsiam. The series kicks off with a musical performance by Thai band Polycat.

Prior to an official store, Apple resellers were the company’s primary interface with customers in Thailand. By offering a unique support and education experience, Apple says that it doesn’t see itself as competition to resellers like iStudio, a dominant brand around Bangkok. Likewise, resellers say they’re optimistic about the new store and hope it will drive interest and broaden their customer base in the long run.

Interest certainly seems high, as customers lined up more than ten hours before opening at the nearby Millennium Hilton Bangkok Hotel to be among the first inside the new store. Shuttle buses carried the dedicated fans to a line outside when morning arrived. Apple Iconsiam has been anticipated since at least September 2017, when Apple began hiring retail talent in Bangkok. 110 employees speaking 10 languages will staff the new store. 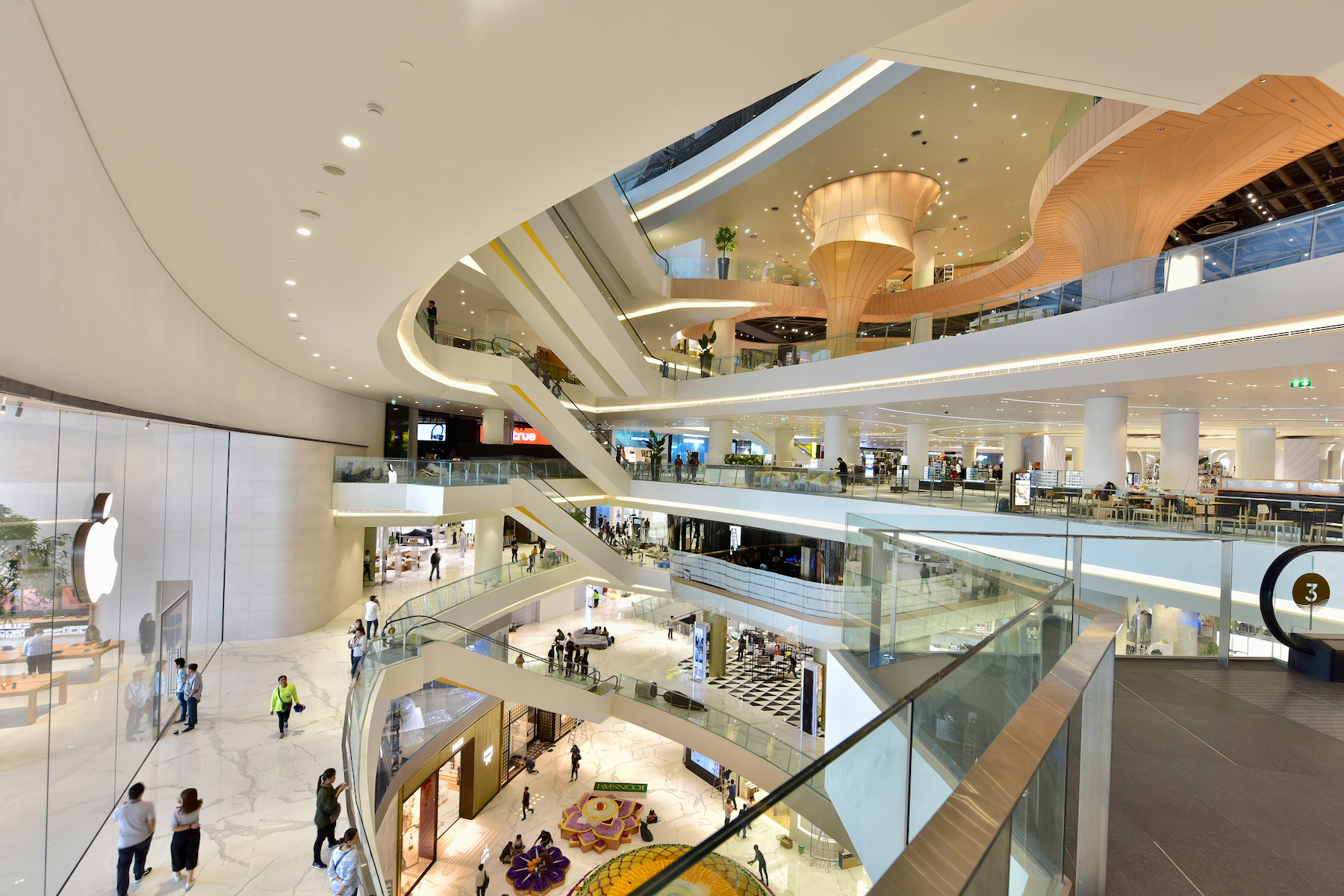 Apple fans in Thailand might not have to wait as long for a second store as they did for the first. According to rumors, Bangkok’s CentralWorld shopping complex may soon house Apple’s next Forum. Construction is currently underway for a structure that could be completed next year.

Landscaping and souvenirs given away at Apple Iconsiam. Photo via May Flashfly.

Elsewhere in Apple retail, Apple The Westchester in White Plains, New York reopens this Saturday with an all-new design following a temporary closure since May. The updated space hadn’t been fully remodeled since an expansion in 2005. Nine of New York’s twenty-two Apple stores will now offer a modern Forum and Video Wall. The Westchester’s new design is similar in style to existing Crossgates and Eastview stores.

Apple first established a presence in White Plains in September 2002 with a classic narrow black storefront. As traffic increased, Apple decided to pilot a new 60-foot wide store at The Westchester Mall, one of the largest at the time. 2005’s renovation served the space well, but the store was only modestly sized by today’s standards.

Next weekend will be just as busy for Apple, as Santa Monica’s Third Street Promenade store reopens November 17th with a new look. On November 18th, Apple’s Paris flagship on Champs-Élysées will greet customers just in time for the holiday shopping season.