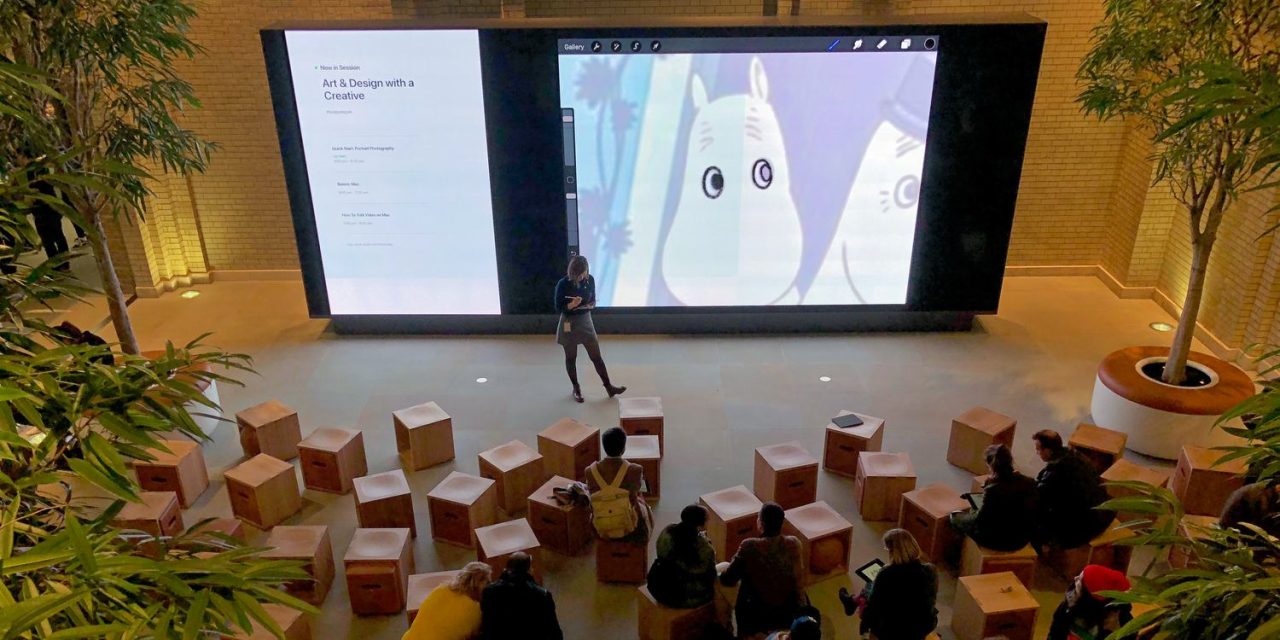 I remember when the Today at Apple initiative was first announced, I mentally shrugged. It was, I thought, just a rebranding of the workshops that had existed for many years. I thought it was an excellent idea to draw attention to them – I’ve long been a big fan – but Apple seemed to be presenting an old idea as if it were a brand new one.

But subsequent news and a recent visit to the revamped flagship London store in Covent Garden has persuaded me that the initiative is actually a much bigger deal. Apple has transformed what used to be a fairly well-kept secret into something which is now key to its brand image …

That’s partly because Apple has vastly expanded the number of sessions on offer. We’ve had brand new sessions for kids, for example.

There have been plenty of completely new sessions for adults too. App prototyping (which we attended), new iDevice features, art sessions … and last month alone, Apple added 60 new sessions.

There’s a new flavor to many of them, too. While creative use of Apple products has always been a key focus, many of the new ones are all about the creativity and much less about the product. Photowalks, for example, where a tutor takes customers out onto the streets to take photos with their iPhones.

But Apple has done something else that’s had a huge impact: it has made Today at Apple a core focus of its store redesigns.

Apple has two flagship stores in London, one on Regent Street – which got the new design back in 2016 – and Covent Garden, which reopened a couple of weeks ago.

I visited the Covent Garden store last week, and three things struck me. First, the redesign looks fantastic. It’s one of the largest Apple Stores in the world, spanning three floors of an amazing building, and the redesign is at once dramatic and still sympathetic to the original fabric of the building.

Second – and my one complaint – both sets of original glass stairs remain. They are very pretty, but a bit of a nightmare to use. The spiral staircase has bright spotlights shining up through it. 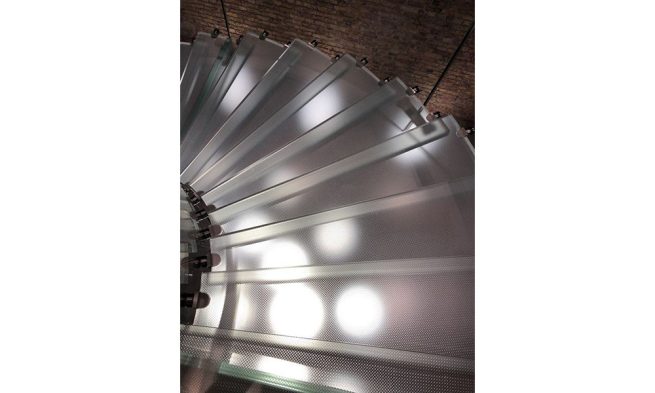 The flat one has a trick step. I’ve seen many people stumble, or reach out with a foot in a tentative fashion, unsure of where the flat floor ends and the step begins. For a company which is built on usability, this fails staircase design 101. 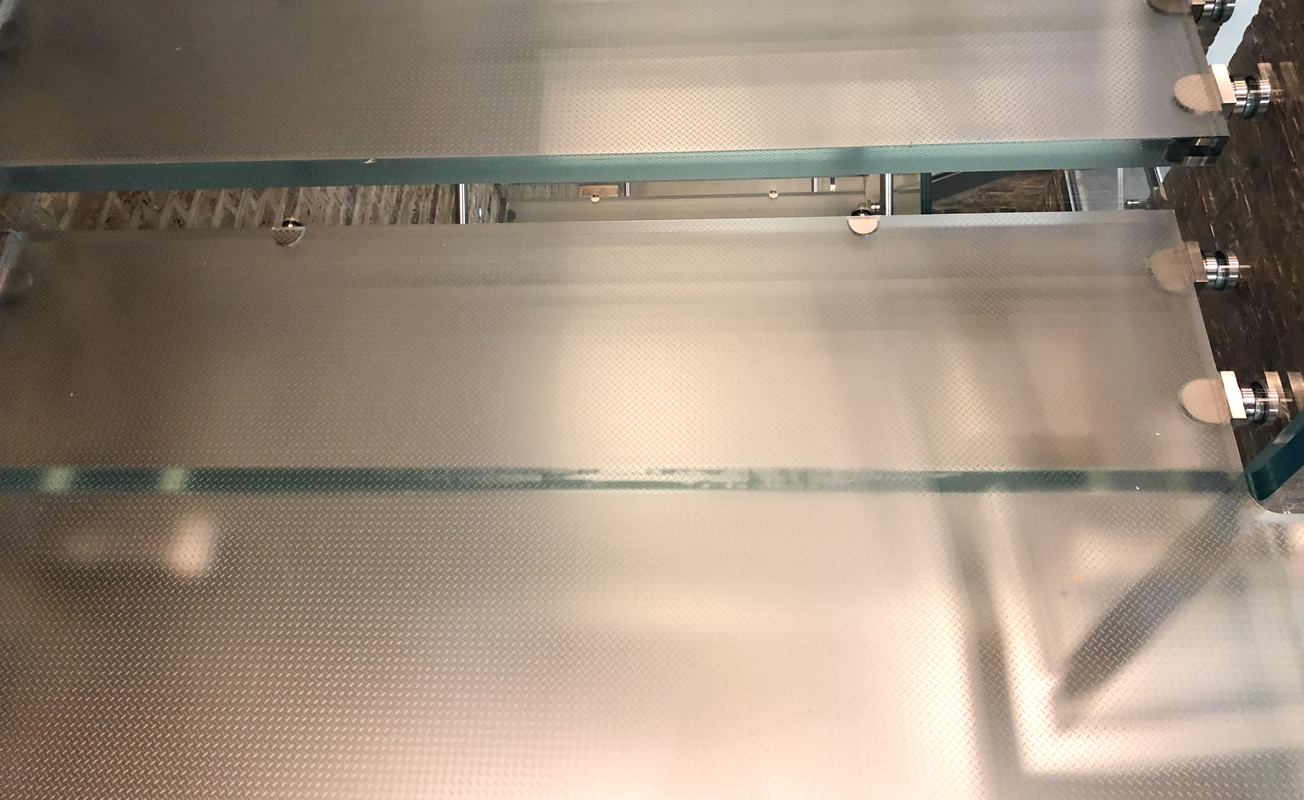 Nope, that’s not the first step …

Third, the place is absolutely infused by Today at Apple. There’s the huge forum screen, which was being used for one session. 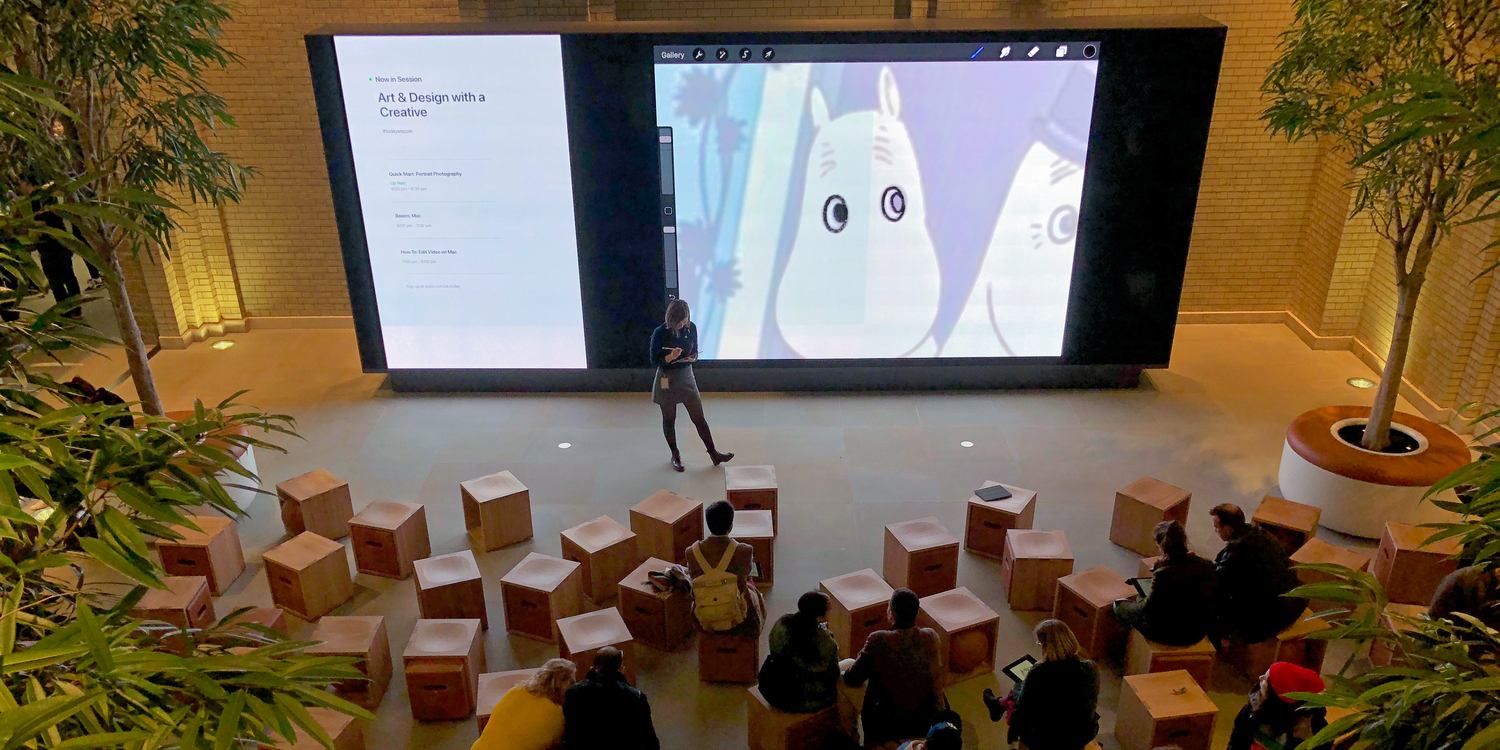 But almost every table had either a session in progress or a screen displaying the name of one that was running later. 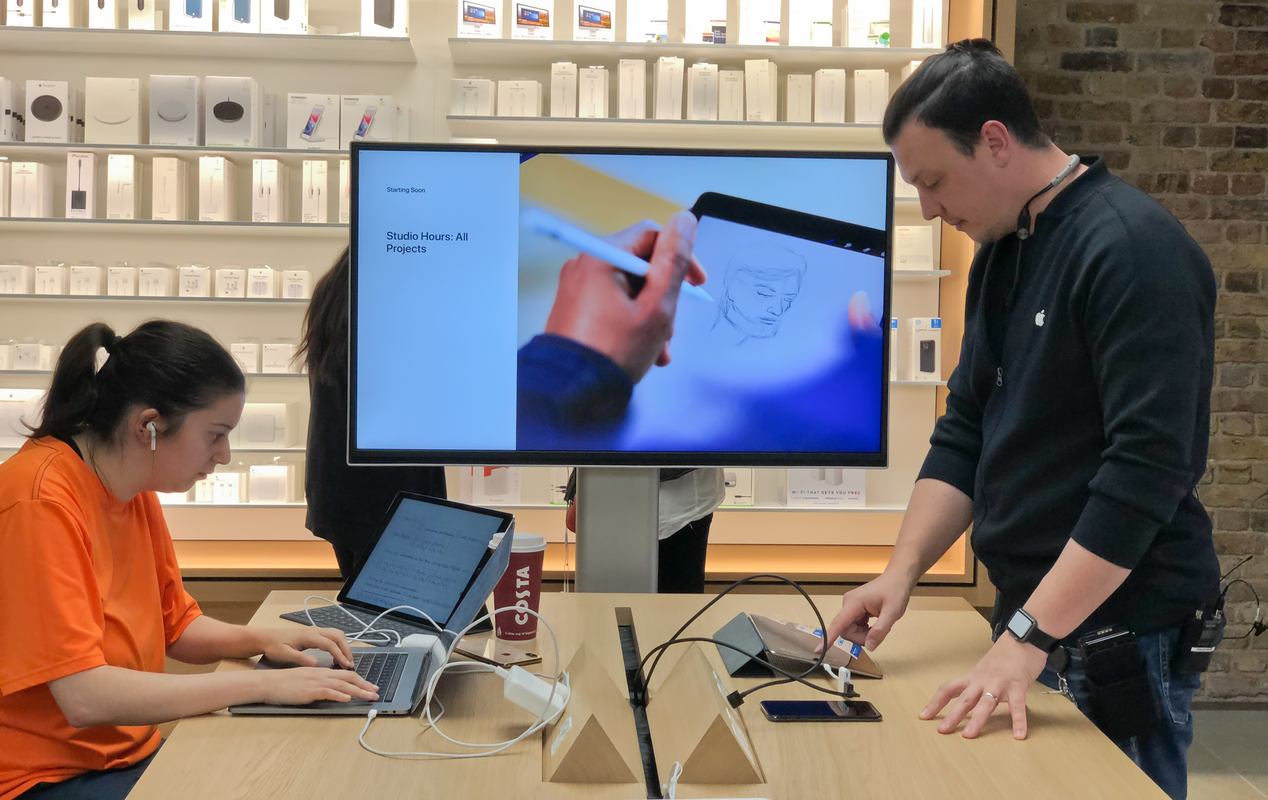 You literally cannot visit the store without being made aware of the workshops on offer. Before, they were something a handful of people did if they happened to know about them; today, they’re going to be mass-market activities. And as my colleague Michael recently wrote, it’s a competitive edge that will be all but impossible for other companies to match.

I’ll be signing up for more video sessions for sure – though I would still like alerts for them. If you’ve taken some yourself, do share your own experiences in the comments.

More snapshots of the Covent Garden store below.