It’s hard to believe that the iPad is now eight years old. I still remember hearing the rumors of the Apple tablet, watching the keynote, and being shocked to see the price at $499. When you go back and watch the original introduction, Steve Jobs asks the question: “Is there room for a third category of device in the middle?”

In order to create this device, Steve said it would need to be “far better at some key things.”

What did he say it would have to be better at over a smartphone and laptop? He mentioned browsing the web, email, photos, video, music, games, and eBooks. 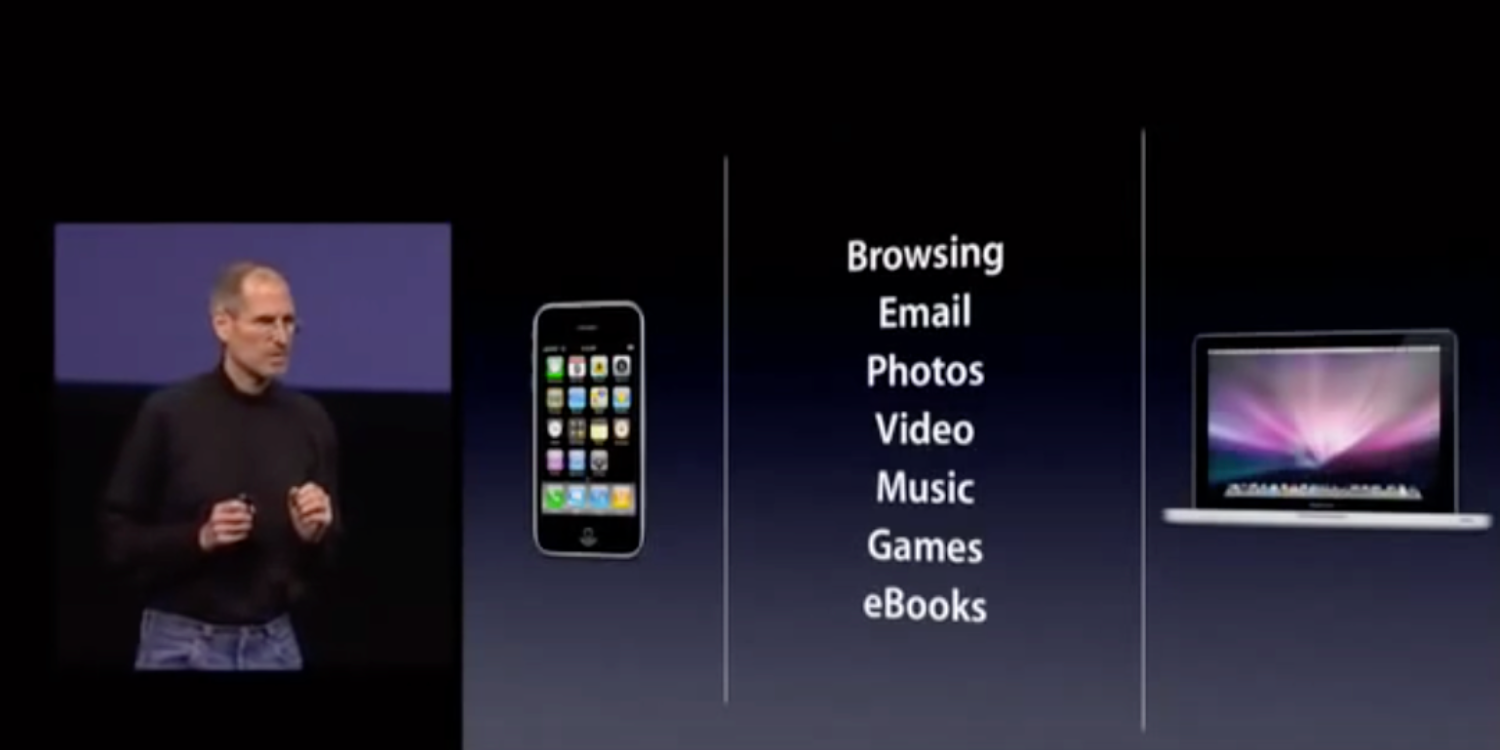 Is iPad the best web browser?

Back in June, I wrote about how I felt that mobile Safari was holding the iPad back.

I am constantly asking myself the question: why are certain tasks tedious to do on an iPad compared to on a Mac? It’s certainly not a hardware limitation. In 2017, 9to5Mac reported the iPad Pro even outperformed a MacBook Pro in certain situations. iPad doesn’t have a hardware problem, but rather a software one.

I would argue that the lack of a full web browser is one of the things holding the iPad back the most. Until it can access all websites natively as you would on a Mac, it’s a crippled device. The Mac has a better web browser than the iPad. The iPhone browser is crippled in some ways, but it’s more portable.

Is iPad the best email tool?

The iPad is an excellent tool for powering through email, but I wouldn’t say it’s the best tool. I can work through massive amounts of email on my iPhone. But I’d rather process my email on macOS. In my opinion, for email, the iPad brings the worst parts of iPhone email to a larger form factor. The mail app on the iPad needs to be completely rethought in the future.

Is iPad the best way to enjoy photos?

Even if you would rather organize your photos on macOS, the iPad has become a fantastic device for photo editing. In fact, the entire iOS ecosystem has become a first-class citizen when it comes to photos (taking, organizing, sharing, editing, etc.). It’s hard to discount the iPad as the best way to enjoy your photos.

Is iPad the best way to watch a movie?

Due to its incredible screen, the iPad is my preferred way to watch video on the go. It has all of the apps/services you’d want. You certainly don’t need the iPad Pro to do this, though. The 6th generation iPad will work fine here.

Is iPad the best gaming device?

Is iPad the best eBook reader?

I would argue that the iPad mini is probably the best way to read eBooks using iOS, but it’s hard to justify buying it for this feature alone. A Kindle Paperwhite is a better device for pure reading. On the flip side, an iPhone XS Max has a plenty big enough screen for reading. 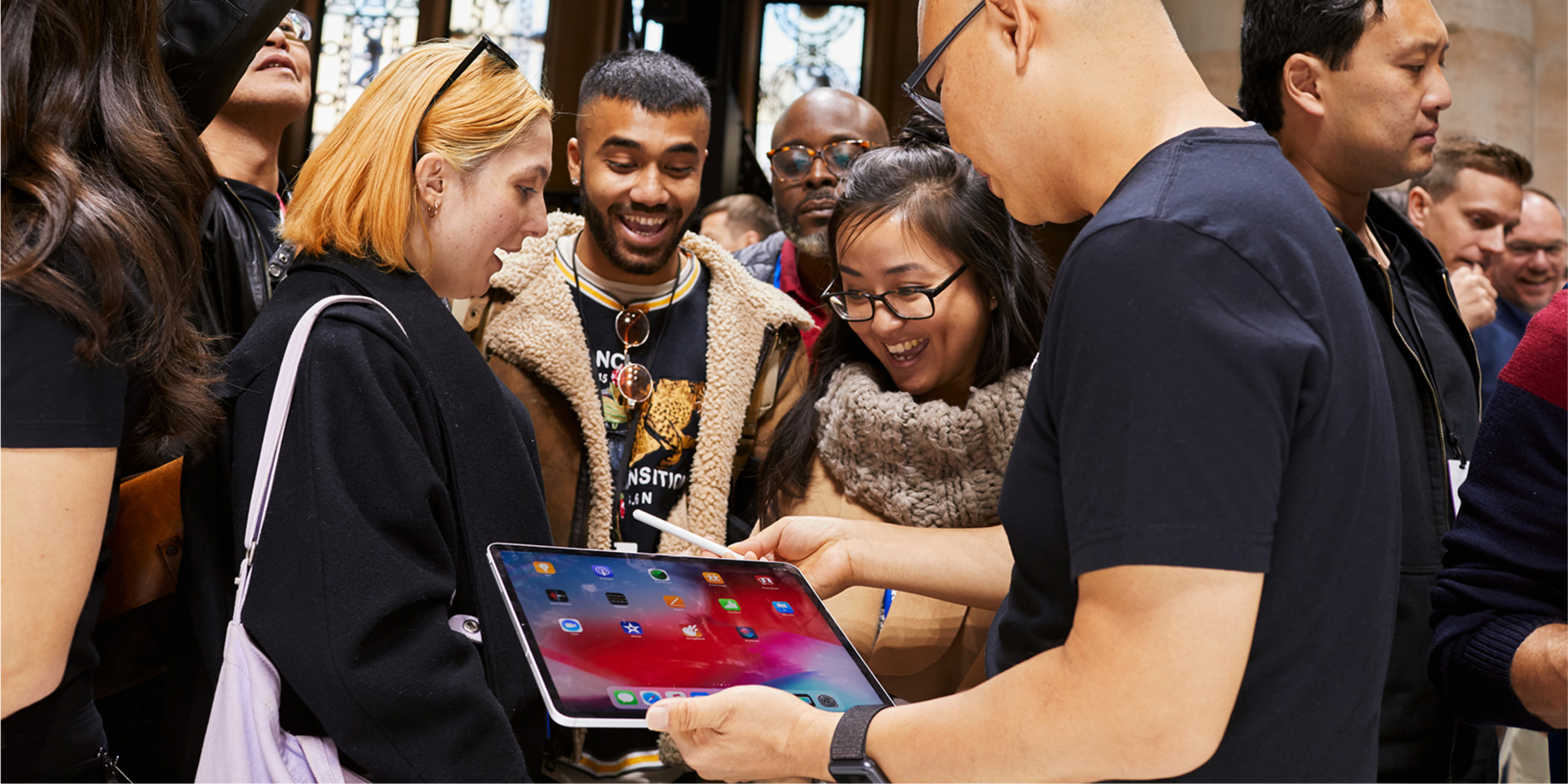 The $329 iPad is an incredible value. If you want to use it for much the same things that Steve mentioned in the original iPad keynote, you are getting an incredible device for even less than what it debuted at in 2010. When it comes to the iPad Pro models, the hardware is writing checks that the software can’t cash. If an iPad is going to be at Mac level prices, it needs to be able to do everything a Mac can do.

A lot of companies have shipped upsized versions of the iPhone app for the iPad that can’t do everything their web interfaces can do (Looking at you Google Docs/Spreadsheets/Slides). The web interfaces that appear when you browse them from an iPad offer a mobile-optimized version, or they require mouse precision to work well. This situation isn’t Apple’s fault, but it is their problem.

An iPad that costs as much as a Mac should be able to do all the things a Mac can do, but it just can’t. Often, even if a task can be done, it’s so cumbersome that it takes twice as long on iPad. I shouldn’t have to write a Siri Shortcut to accomplish basic tasks.

Even with the outstanding new iPad Pro models that have just been released, the software is essentially the iPhone software blown up for a larger form factor. Yes, there are some multitasking features, but outside of that, how is it that different than iOS on the iPhone?

When I see people comparing iPad hardware power to Mac hardware in 2018, it reminds me of when PC users would compare the price to specs ratio with Macs in the early 2000s. People that want a Mac want it for the software. In my opinion, most people that want an iPad want it for the form factor. We should be way less concerned with the hardware specs of the iPad, and way more concerned with the software.

So what’s the state of the iPad in 2018? The hardware specs of the iPad stopped mattering around the iPad Air 2. iOS can rarely push the iPad hardware in meaningful ways for most people. It’s way past time for the iPad software to grow up and match the hardware. It’s time for Apple to make a big bet on the next generation of computing devices because right now, they are trying to keep everything at the status quo in terms of iOS and macOS.

There are a number of aspects where the iPad that still frustrates me. Why can’t a photo editing app (or the Files app) open items directly from an attached camera? Why doesn’t iOS have the ability to create a .zip file without using a 3rd party app? Why does “Request Desktop version” of a website rarely work?

Can some people use the iPad to do 100% of their work? Absolutely, but I feel like it’s been the same people for the past five years without much of a change. Why is the iPad not getting better at tasks that the Mac excels at? This tweet sums up my feelings on the iPad perfectly.

Do you disagree? Let me know in the comments.