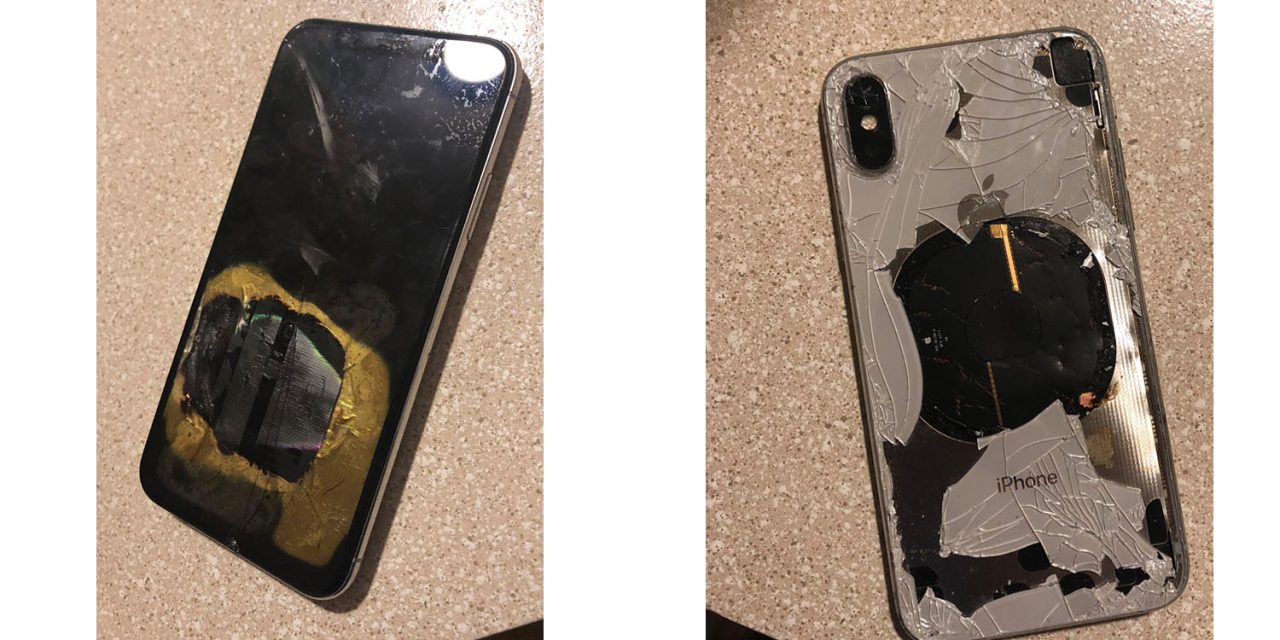 Apple Support has responded to a report of an exploding iPhone X – occurring immediately after being upgraded to iOS 12.1 – by stating that this is ‘definitely not expected behavior’ …

That’s definitely not expected behavior. DM us, so we can look into this with you.

Gadgets360 reached out to Rahel Mohamad, who filed the report.

“This year early January I bought the iPhone and have been using it normally.” he said. The iPhone X was in process of getting updated to iOS 12.1 when Mohamad, as is standard practice, put it on charging. “Dark grey smoke started coming from the phone. The update was completed and as soon as the phone turned on it started to smoke and caught fire.”

The upgrade is almost certainly just coincidental. Mohamad says he was using the bundled Apple charger and cable to charge the phone, though the explosion took place after it was removed from charge.

When I held the phone it was very hot and I drop the phone immediately. Then it started to smoke.

Apple has asked him to ship the phone so that the company can investigate the cause.

It’s not the first time we’ve heard of an exploding iPhone. There have been a number of iPhone fires over the years, and the nature of lithium battery fires is that they can be both very sudden and extremely fierce, meaning that the ‘exploding’ terminology is understandable. Such fires are extremely rare, but will happen to any device selling in the tens of millions.

I’m sure we’ll all be relieved to know that it’s not expected behavior.