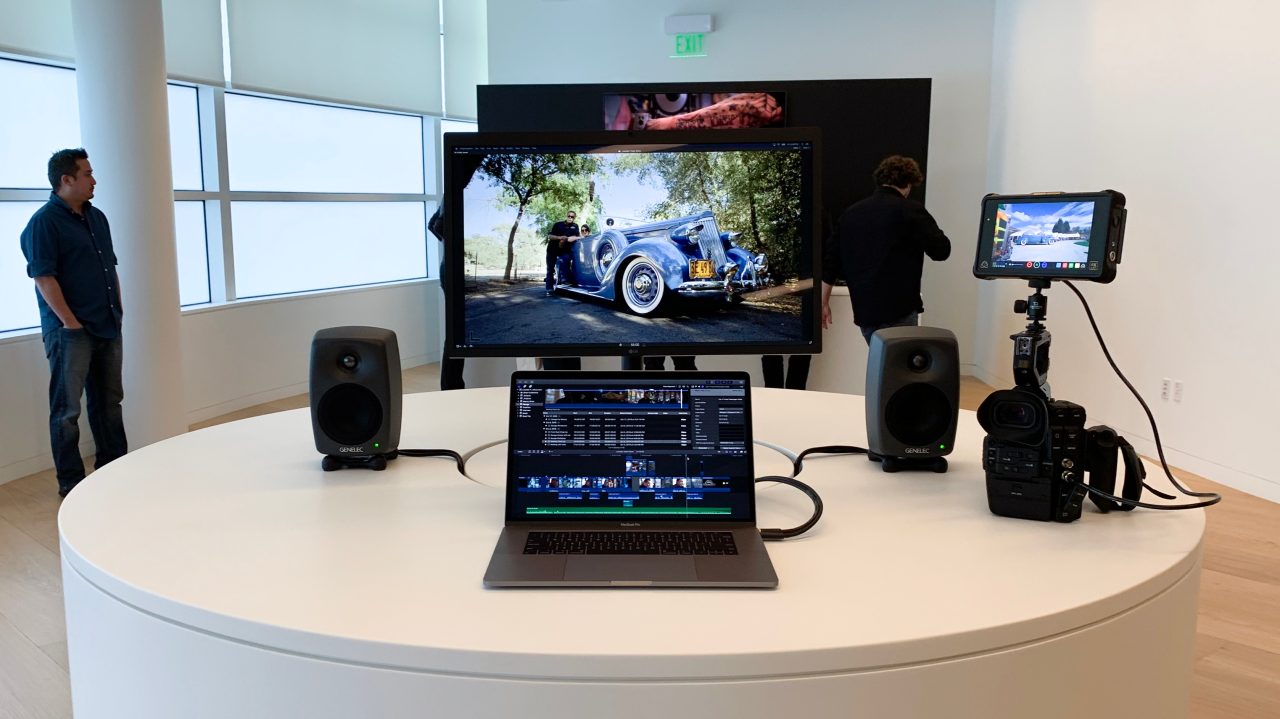 In cooperation with the 4th annual FCPX Creative Summit in Cupertino, Apple today showed off its latest updates to Final Cut Pro X, Motion, and Compressor. The new software was demoed on the latest pro hardware from both Apple and third-party vendors.

Just yesterday, Final Cut 10.4.4 was released with features editors have long hoped would arrive. The highlight of the update is support for third-party workflow extensions, enabling more productivity and new ways of working in Final Cut Pro.

Apple’s three initial partners debuting extensions for the launch, Frame.io, Shutterstock, and CatDV, were all present in a hands-on area for summit attendees to see the new software in action. Multiple Final Cut Pro extensions can be used simultaneously, and many, like Frame.io’s, can be used seamlessly alongside iOS apps and web apps built alongside the extensions.

The “Lowrider” film was shot using the Canon EOS C300 and Atomos Shogun Inferno, among other gear. Both pieces of hardware were present displaying clips used in the final video.

Connected to a MacBook Pro and new Mac mini was the new Blackmagic eGPU Pro, launched alongside Apple’s new hardware this past October. Featuring DisplayPort connectivity and accelerated performance over its predecessor, the eGPU was configured to handle rendering tasks in Final Cut Pro 10.4.4. Motion 5.4.2’s tiny planet filter was also demonstrated on sample footage.

Last but not least, Apple demoed the 64-bit engine of Compressor and batch rendering capabilities using new Mac minis connected together and a LumaForge Jellyfish server to render multiple formats of a project simultaneously. Both LumaForge and the previously mentioned Atomos were sponsors of the summit.

Make sure to check out our coverage of yesterday’s pro app updates, and stay tuned to 9to5Mac for future videos exploring the new features of Final Cut Pro in more detail.