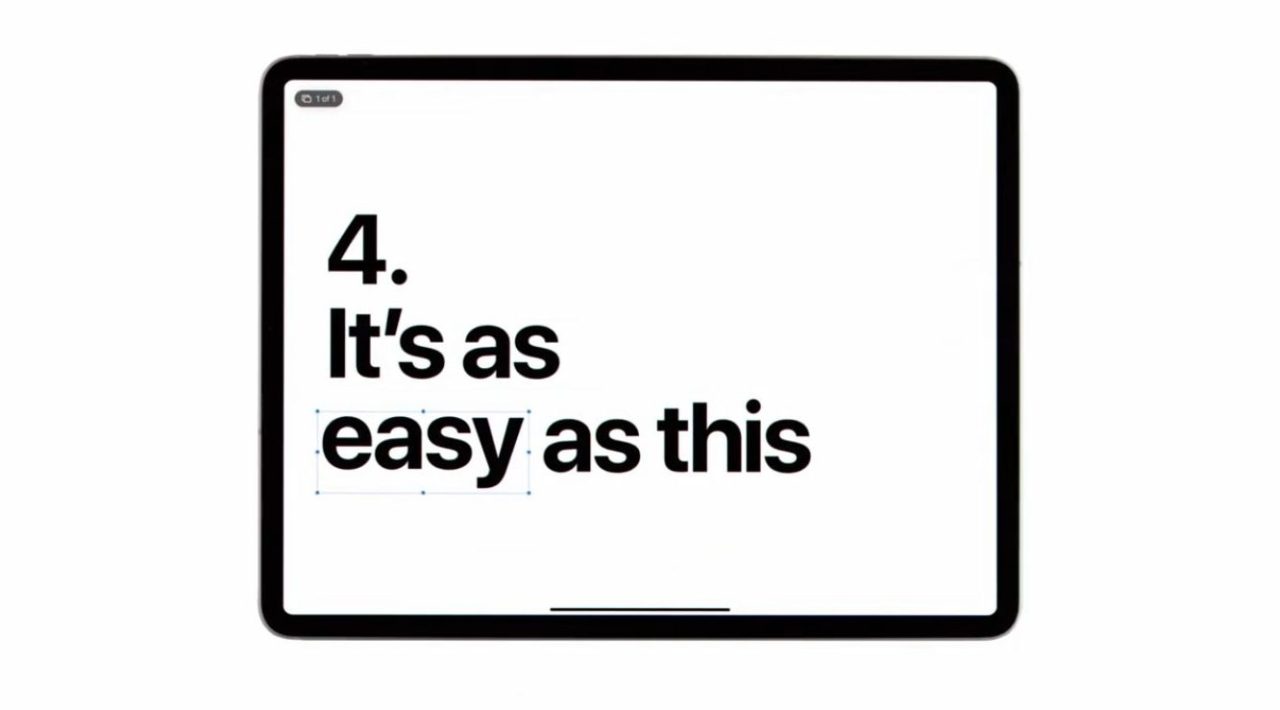 Apple has today released a somewhat controversial ad, titled “5 reasons iPad Pro can be your next computer”. The iPad Pro is a powerful machine, but can it replace your traditional computer?

Many owners, including yours truly, have attempted to do real work on iPad Pro. For the most part, for most people, this is totally doable. A few notable reasons from Apple’s ad include longer battery life and the ability to stay connected anywhere you go with the cellular model.

Naturally, Apple leaves out some key computer tasks that many users still do on a day-to-day basis such as connecting an external hard drive or flash drive, managing, renaming, and editing files natively, and much more.

The ad features a new tagline that reads “Like a computer, unlike any computer.” The company has long been telling its users that an iPad Pro is indeed a “computer”. While that may be true, Apple still has a long way to go, especially with the way iOS handles the iPad, before it can fully replace a traditional computer for most people.

For example, iPad Pro is able to run touch-optimized applications while also having an optional hardware keyboard for longer writing sessions. Like to draw or edit video? Apple Pencil is perfect for you. Just want to browse Facebook or watch YouTube videos? It can do that too, with the added benefit of a cellular-enabled model.

Earlier this year, Apple invited Adobe on stage to demo “real Photoshop” at its iPad Pro event, bringing desktop-class applications to the iPad. Hopefully there’s more to come in the future, now that Adobe has joined the brigade.

Do you have an iPad Pro? Are you using it for real work? Let us know in the comments  below. In the meantime, check out Apple’s new ad below: