Apple has been promoting its device trade-in program quite a bit this year after rebranding it as “GiveBack” in April. Now, Apple is giving customers up to an extra $100 on top of normal trade-in values when picking up a new iPhone XS or XR.

Ahead of its iPhone XS and XR event, Apple updated its GiveBack trade-in program to let customers get an instant credit, even with online purchases. In September, Apple offered competitive trade-in values for devices when the 2018 iPhone lineup launched, giving up to $525 for the iPhone X.

Now, after its four-day Black Friday promotion that offered gift cards with the purchase of eligible devices, Apple is incentivizing consumers with older iPhones to upgrade.

On its trade-in landing page, Apple says that for a limited time, it is giving up to $100 extra for trade-ins.

Apple doesn’t mention how long the offer will last, so if you’re thinking of upgrading and this extra incentive has made up your mind, don’t hesitate.

Analysts may see this latest promotion as an indication that iPhone sales are indeed weaker than expected. Earlier today, we saw yet another report that Apple has cut orders from its suppliers for iPhone XS and XR.

Since Apple announced it would stop reporting unit sales for iPhones and other products during its last earnings call, analysts will be working harder than ever to offer iPhone sales estimates for the holiday quarter. 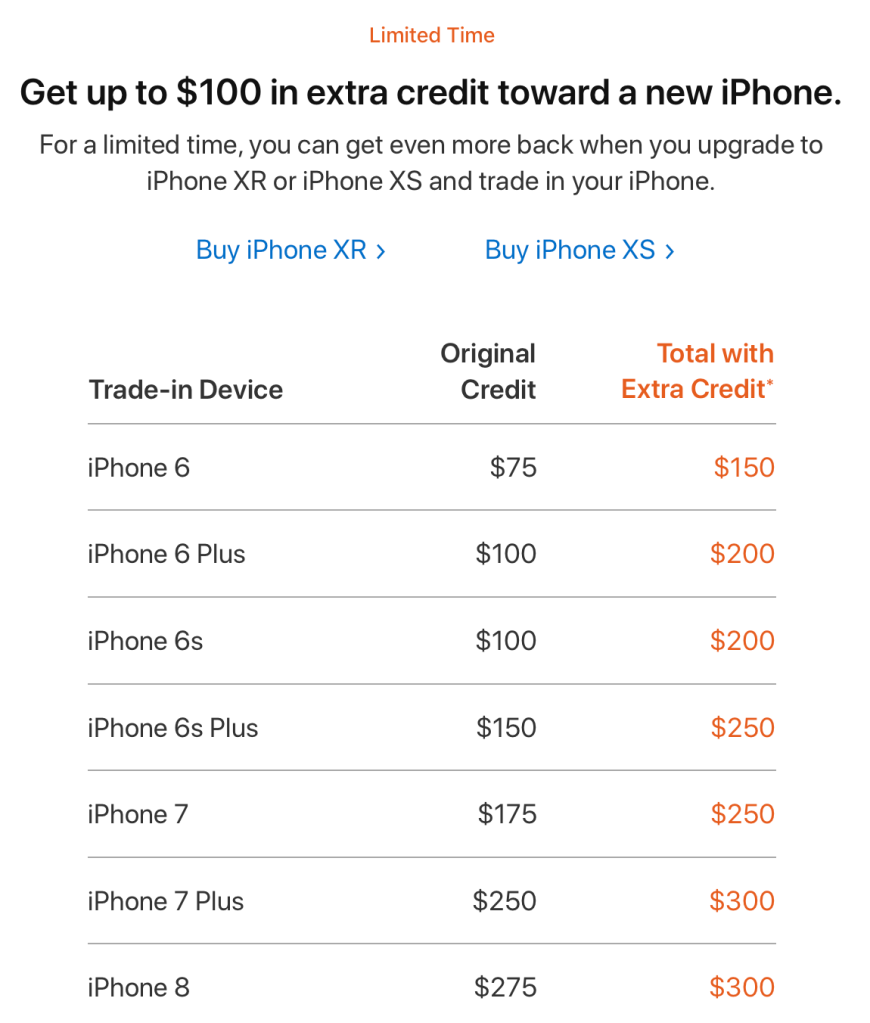