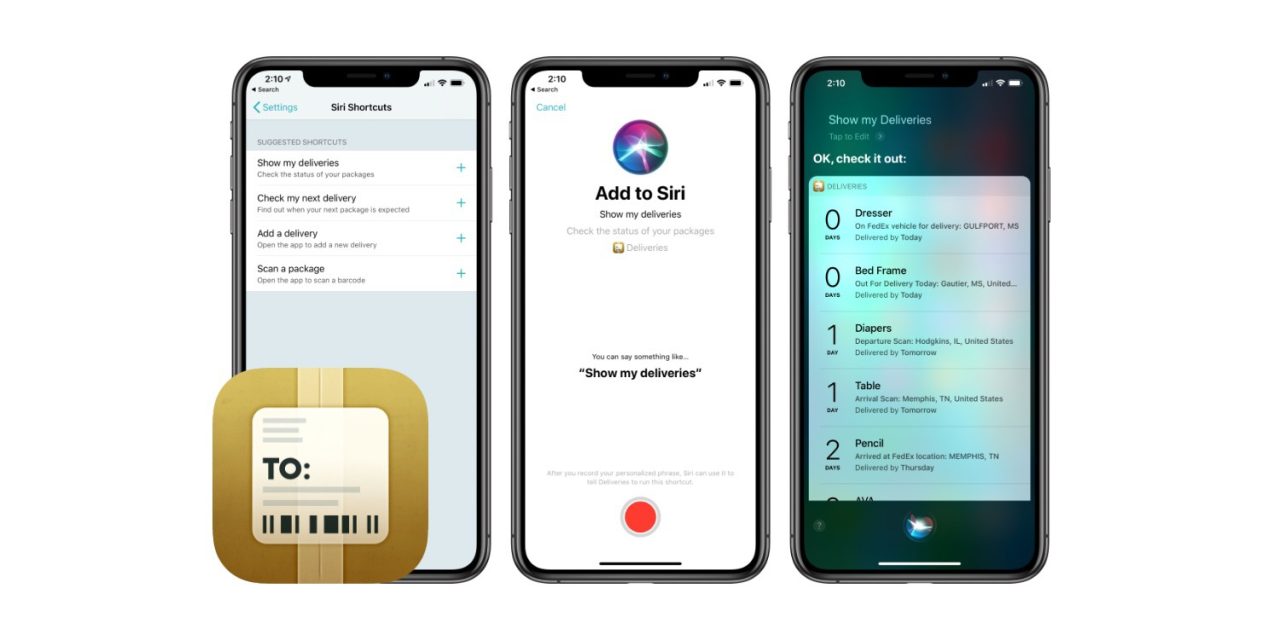 Popular package tracking app Deliveries is being updated today with support for Siri Shortcuts. With it, you’ll be able to check when the next delivery is, check the status of all your deliveries, or add a new delivery.

To enable Siri Shortcuts for Deliveries, users are instructed to tap on the gear icon > Siri Shortcuts > Add a new Shortcut. Today’s update brings the app to version 8.3.

It’s a notable change as the last major update to the app was just over a year ago with version 8.0. That added a today widget, notifications, and an updated Apple Watch app with support for background sync.

Siri Shortcuts allows users to have customizable voice commands for their favorite apps. For example, a third-party podcast app can now queue up a podcast by simply saying “Play 9to5Mac Happy Hour on Overcast”, or with a calendar app, “Add my appointment with Zac at five o’clock tomorrow to my calendar in Fantastical.”

Unlike regular Siri commands, Siri Shortcuts requires a specific key phrase set by the user. So, you can say “Show my deliveries” and Deliveries will show the proper list, but saying “Show deliveries” for example, may not work.

Siri Shortcuts rolled out with the new Shortcuts app with iOS 12. Hopefully Apple adds support for multiple phrases for a single action in the future.

Deliveries is available on the App Store for $4.99. It includes the iPhone and iPad apps, Apple Watch, and an iMessage app.