Made on iPad: Creative workflows and insights offered by professionals

The new iPad Pro has ignited conversations about the future of computing and new possibilities for creative work. Paired with a second-generation Apple Pencil, the hardware unlocks potential that has driven many professionals to re-evaluate how iPads best fit in their lives. My own experience with the new iPad Pro has been a journey of discovery. To expand my horizons and help others get more out of their devices, I asked the creative professional community to share their own iPad workflows.

From digital illustration to managing a business, the vast range of ways people are working on iPads proves there’s no one right way or wrong way to use them. Some have embraced iOS as their platform of choice for every task. Some use a Mac and an iPad in concert to create powerful workflows that highlight the capabilities of each device. Others are developing entirely new ways of working that simply couldn’t exist before.

At the center of all these workflows is a desire to push the bounds of technology and achieve a more portable, powerful, and satisfying working experience. When the tools fit the job, your mind can focus on what matters most. 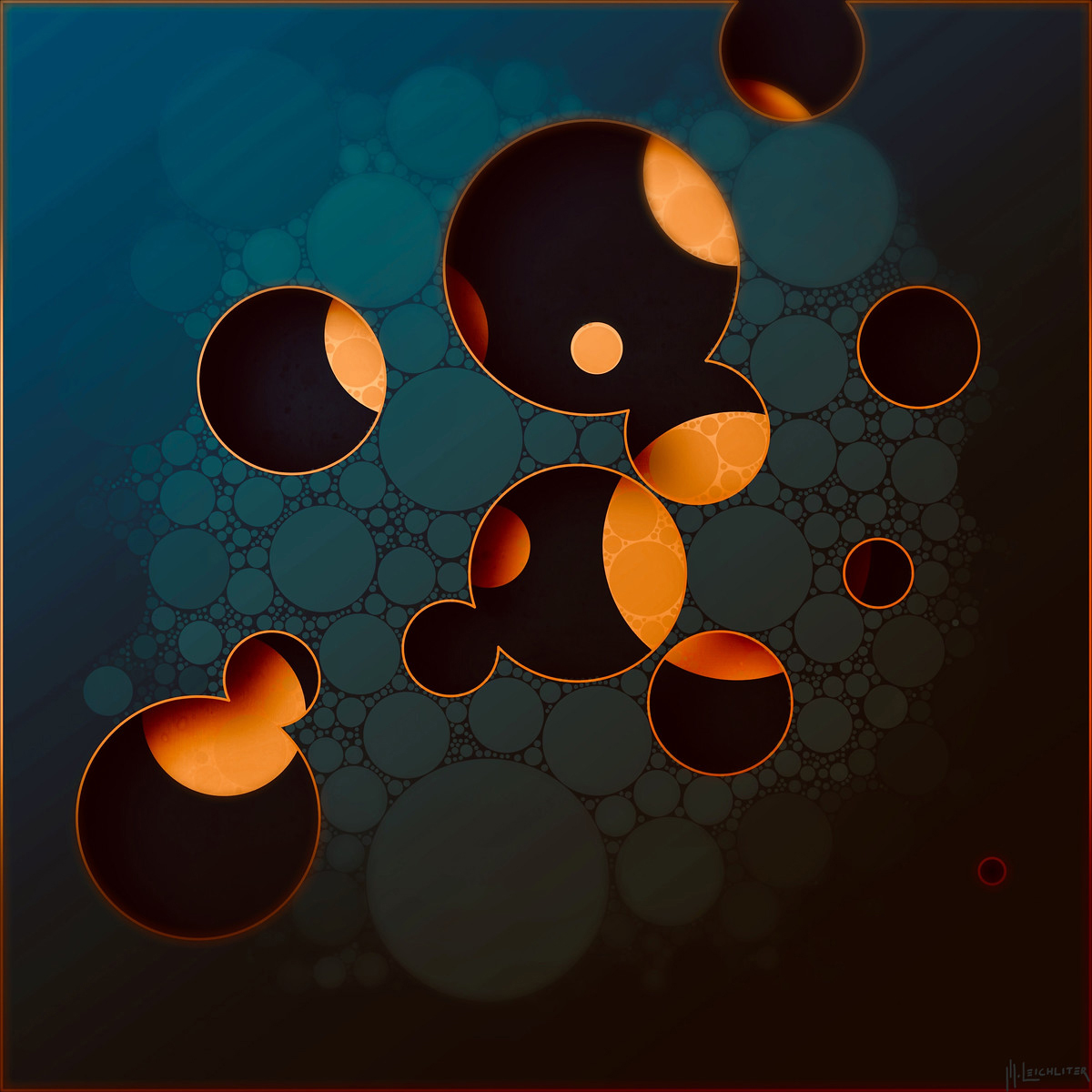 Mark Leichliter spent 25 years crafting metal artwork for large-scale public art projects. Dissatisfied by the accumulation of clutter and significant environmental cost of creating the sculptures, Mark turned to digital artwork and the iPad, publishing his images on Emptyful Designs.

Mark’s artistic workflow is now exclusive to the iPad and involves what he calls accidental imagination. “I start with very simple vector shapes, arranging them into a composition that just ‘feels’ right,” Mark says. “Then I add filters and effects in a host of different apps, all the while establishing a kind of call-and-response interplay with what’s happening on the screen. Usually, something bubbles up randomly that sparks my imagination and I run with that idea.”

That host of apps includes Pixite’s Assembly, Shift, and Union, in addition to Affinity Designer and Tinrocket’s Percolator. Each app plays an important role in polishing the finished artwork’s aesthetic. 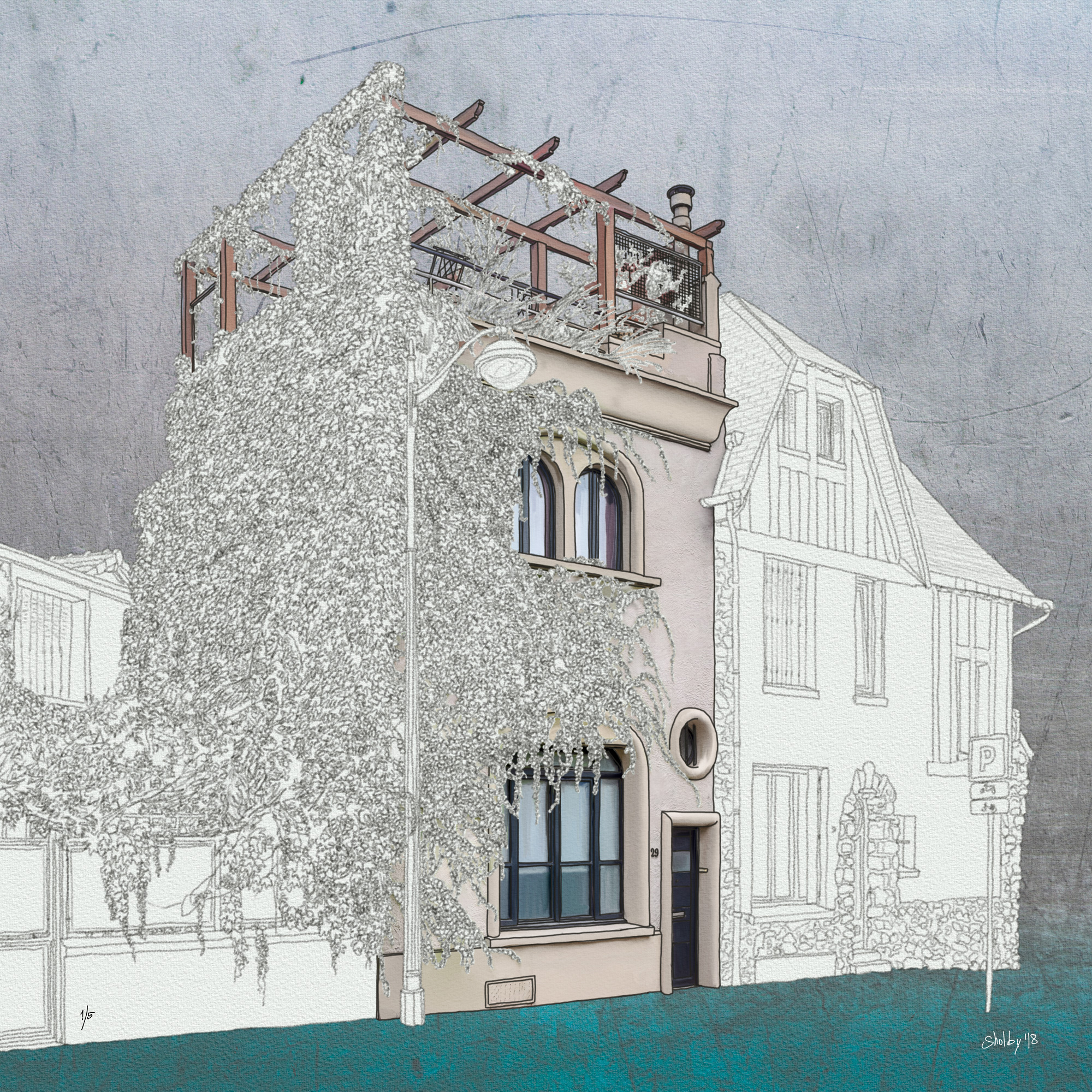 Artist Stéphane Nahmani’s relationship with both an iPad and a Mac is mirrored in his illustrations of Parisian architecture, which blend together black and white drawing with digital painting to create one complete image. Stéphane sketches in WeTransfer’s Paper, an app that offers a simple interface and the desired aesthetic line quality. After sketching is complete, the drawings are sent to Photoshop on the Mac where a partial digital painting is created over the main building.

Stéphane’s illustrations of Paris will be published as a book late next year. By that time, he hopes to upgrade from the 9.7-inch iPad Pro and original Apple Pencil to the newest models for an even more powerful experience. 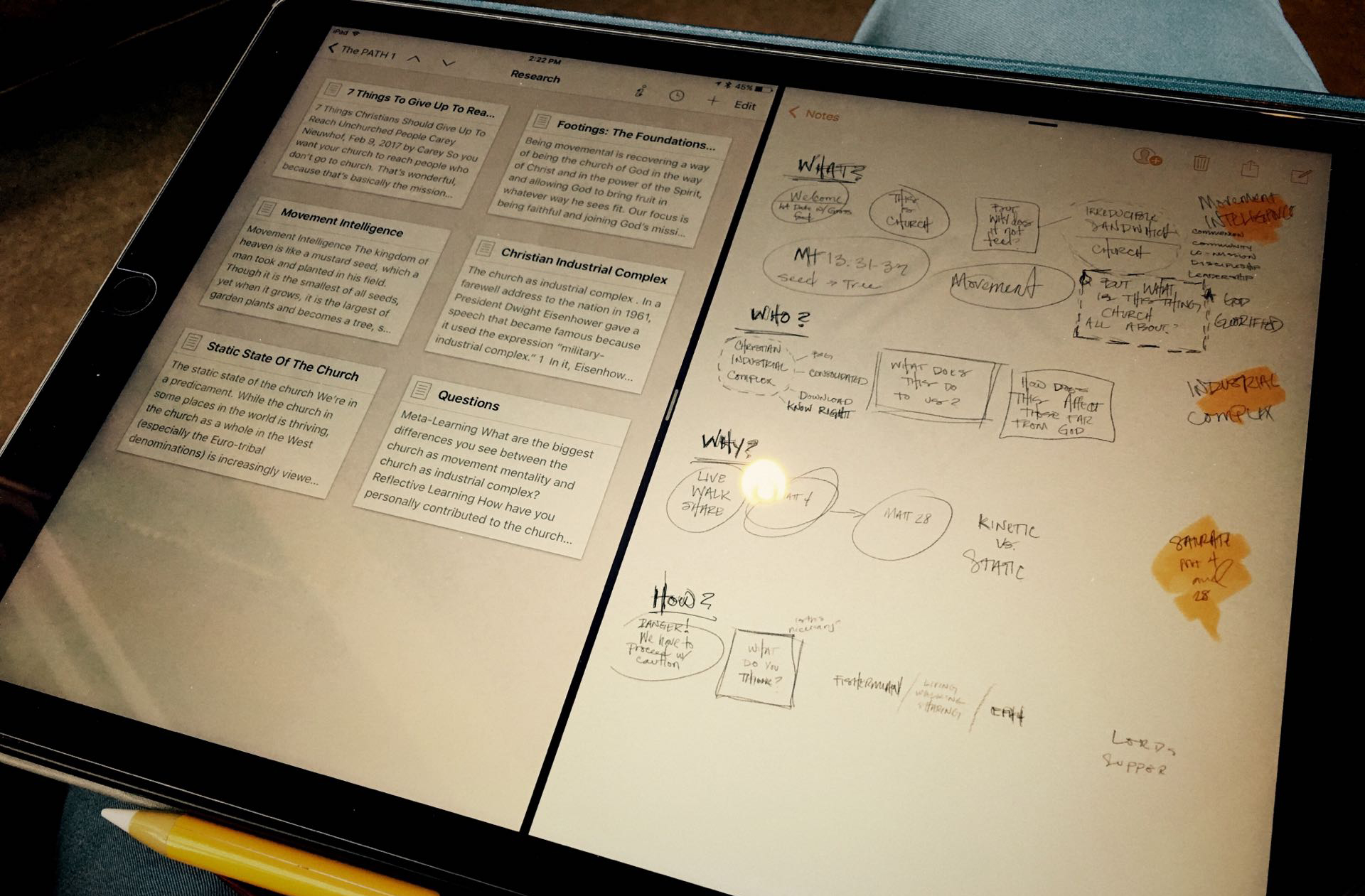 As a church planner and pastor, Chad Puckett has supported his writing, teaching, presenting, and traveling with an iPad Pro since the first-generation model was released in 2015. The secret has been embracing how files and tasks are “round tripped” on iOS, he says. Instead of attempting to use the iPad just like a Mac, Chad has found the iOS share sheet to be his guide to productivity.

In his own words: “I use Linea to get my thoughts out of my head and then shape them in Ulysses with research and citations filtered through Copied. If I am teaching or preaching, I will export to iBooks and present straight from there. If I need slides for a presentation, they move through some combination of Pixelmator, occasionally LumaFusion, and Keynote. 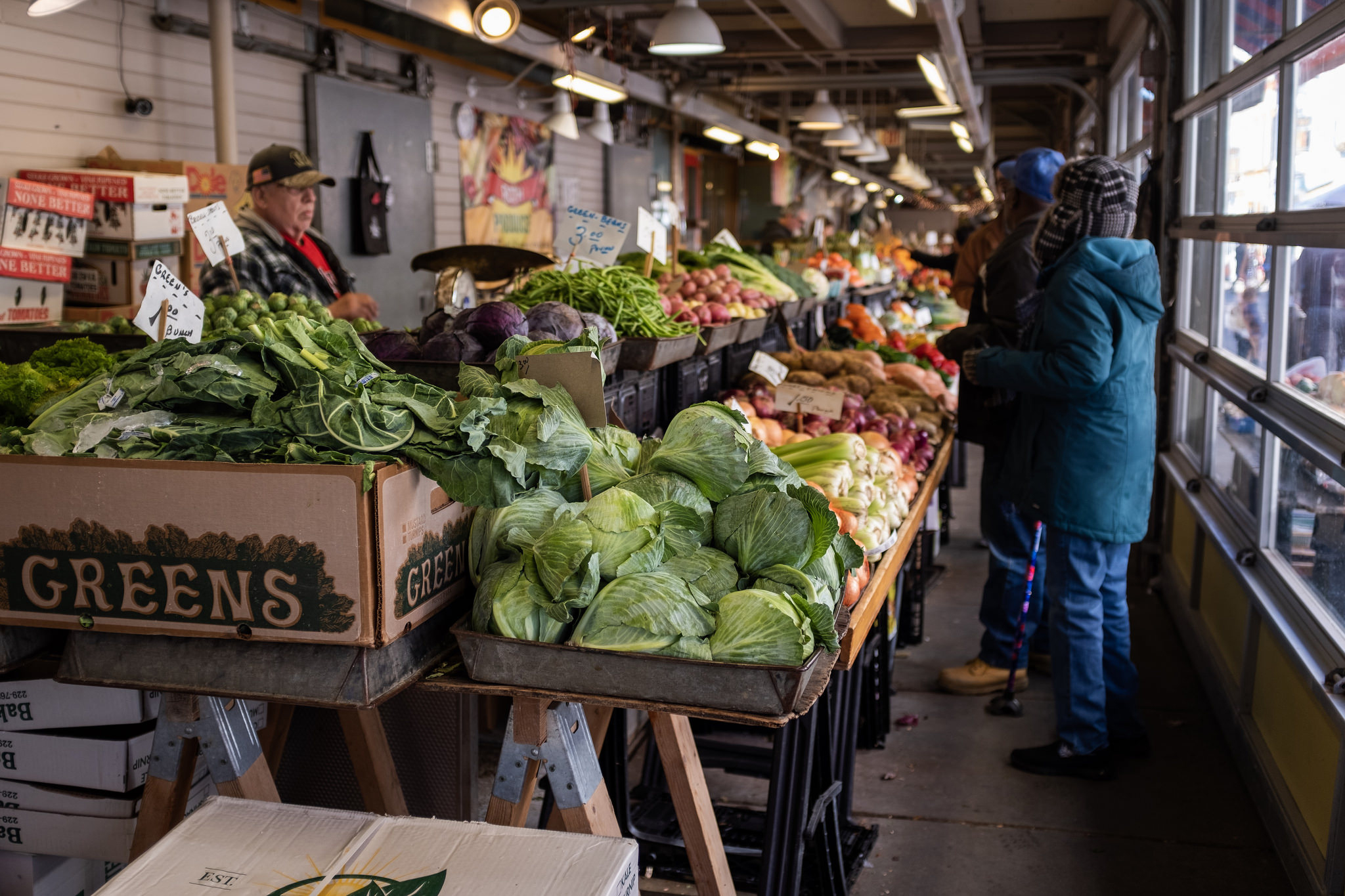 Photographer Jack Amick begins his editing workflow in the Photos app to import RAW images from his Fujifilm X100F. From there, the images are moved to Adobe Lightroom CC. Thanks to Creative Cloud syncing, Jack has been able to switch exclusively to an iPad Pro for editing.

In Lightroom CC, favorite photos are flagged or rated before making adjustments with the Apple Pencil. The Pencil’s precision makes it ideal for tweaking adjustment sliders, he says. For major edits, images are exported to Affinity Photo.

In the future, Jack hopes someday to be able to import images directly into Lightroom and back them up to an external SSD. 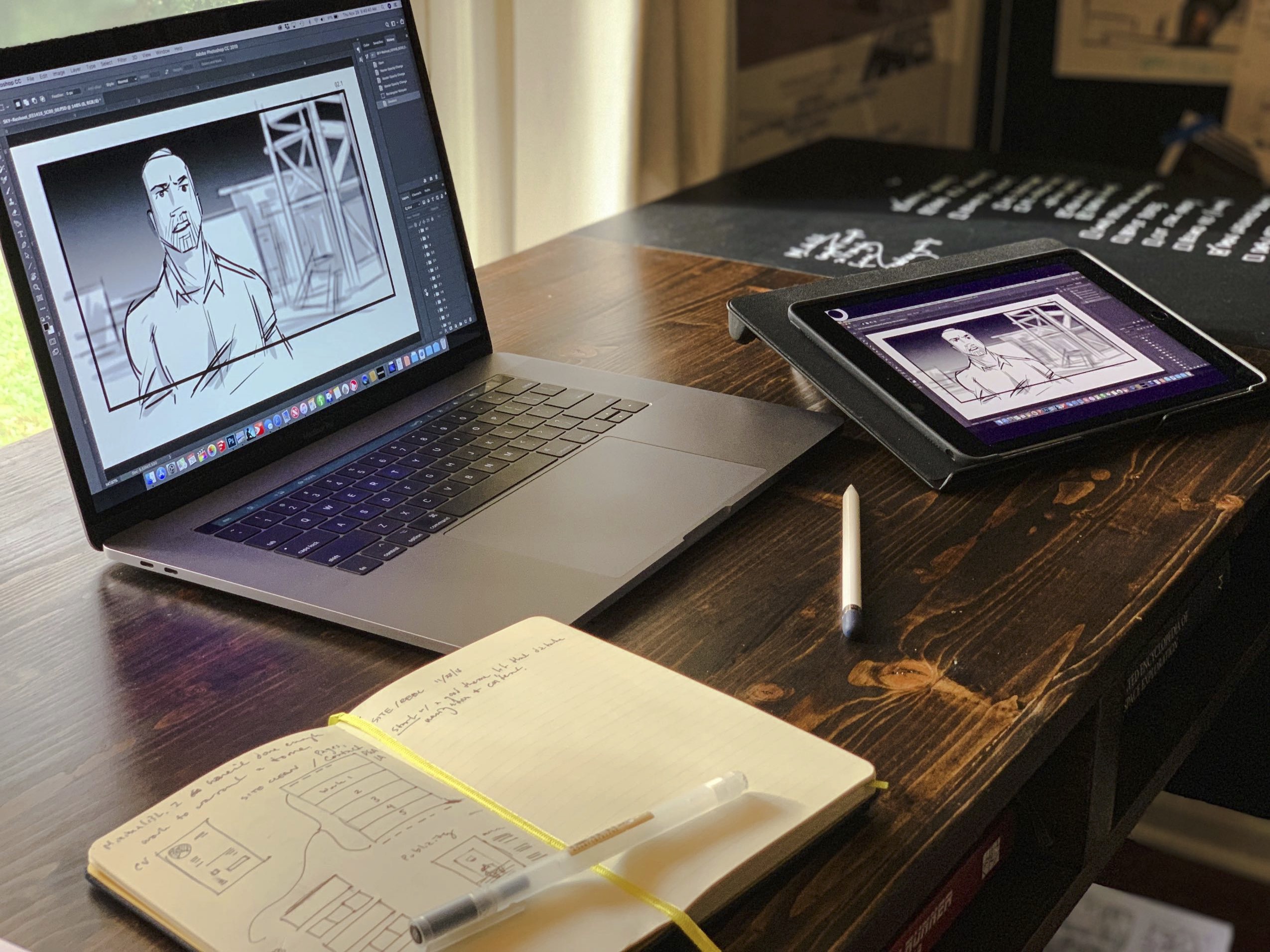 Storyboarding on an iPad Pro and MacBook Pro with Astropad

Director and storyboard artist W.D. Hogan has been using Apple gear since 1994 to fuel his passion for film. Since 2017, he’s been using a combination of tools on his iPad Pro and MacBook Pro to help create a 3D documentary for IMAX called Asteroid Impact which will be released in 80 countries next fall. W.D.’s work also involves HBO’s Watchmen and True Detective Season 3, as well as Netflix’s Raising Dion.

Storyboarding begins by drawing scene thumbnails in Photoshop. By using the application Astropad on an iPad Pro, the pressure sensitivity of the Apple Pencil can be combined with the feature set of Photoshop on macOS. W.D. is also experimenting with Luna Display, and looks forward to Photoshop CC coming to the iPad next year.

During the pre-production process, the iPad Pro, MacBook Pro, iPhone XS Max, Apple Watch, and even a HomePod are used to manage a tidal wave of information, communication, and scheduling. Final Draft on the Mac is critical for writing. Camera+ and FiLMiC Pro document location scouts. The iPad shines in post-production, where 3D asteroid shot sequences are storyboarded. The iPad and Apple Pencil are used to present the ideas before spending the money to create them, a workflow that has saved tens of thousands of dollars in production costs.

Above all, W.D. has chosen Apple’s tools because they recede to the background. “I can draw, write, paint, edit, record, color correct, post and share without having to be an engineer,” he says. 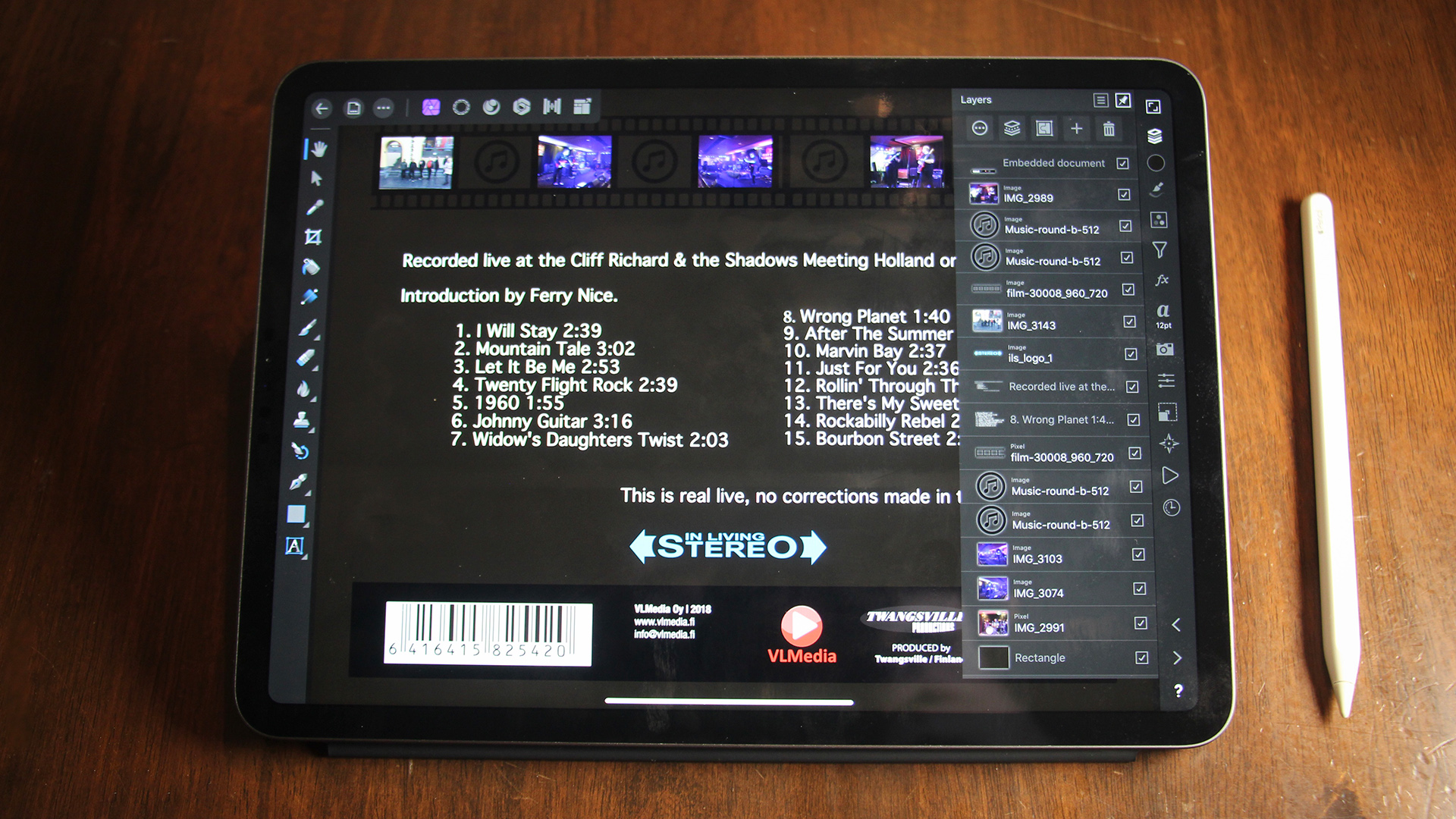 For video creator and graphic designer Veikko Venemies, an iPad Pro and Apple Pencil have been the keys to an ideal workflow. Using Affinity Photo, Procreate, and LumaFusion, he has built a personal YouTube channel and created album artwork for iTunes. A MacBook Pro serves as a hub for file management. Veikko first began using the 10.5-inch iPad Pro on launch day and recently upgraded to this fall’s models, as he takes his iPad everywhere.

The iPad Pro is of growing interest to a number of readers skilled in video, many of which have named LumaFusion as their pro editing app of choice. Editor Gastón Perez Mazas uses a Siri Shortcut to quickly add videos imported to the Photos app from his camera to LumaFusion.

Videographer Brian King has embraced the capabilities of the iPad Pro’s USB-C port to build a rig complete with pro audio monitoring, external video playback, card reading, and a keyboard. 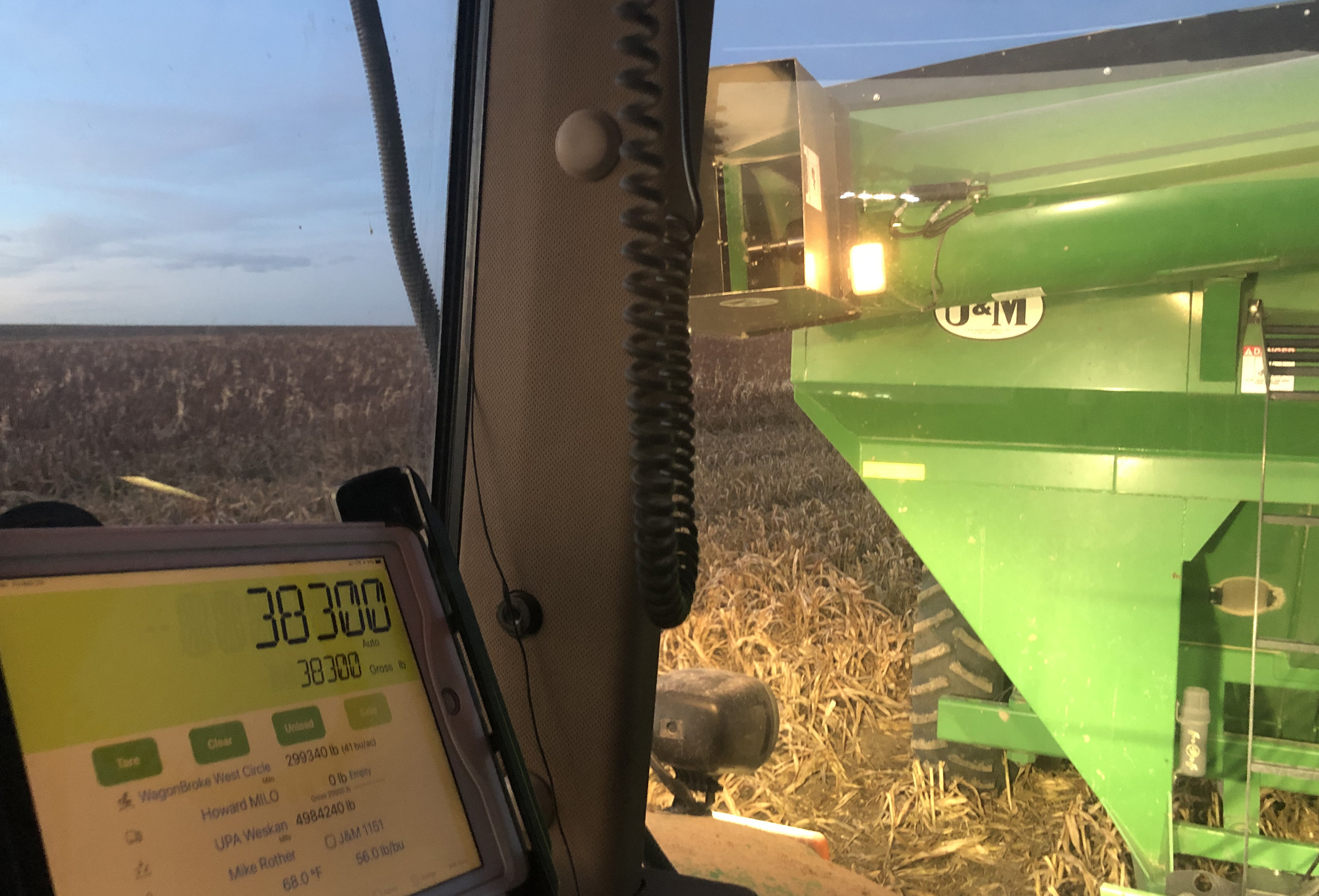 Farming and ranching might not be the first uses that come to mind for an iPad, unless you’re Mike Rother. By creatively embracing technology in an industry sometimes associated with old-fashioned ways of working, Mike says his modern farming techniques generate more data in one day of planting than his father’s 80 years of detailed paper notes.

Four iPads, three Macs, and an array of iPhones now support farming operations. With OtterBox and LifeProof cases, iPads are the first powerful devices capable of withstanding the unforgiving 110 degree heat of the tractor cab and the abrasive dirt and dust encountered every day. Mike takes advantage of the iPad’s portability to scan barcodes, transmit information over LTE in the field, and analyze data captured by combines when harvesting.

Apps from The Climate Corporation and Agrimatics help track production. Others like Encirca, Google Earth, and AgStudio smooth day-to-day tasks. Even straightforward communication tools like Trello and Slack come in handy when working across the vast acres of a farm. 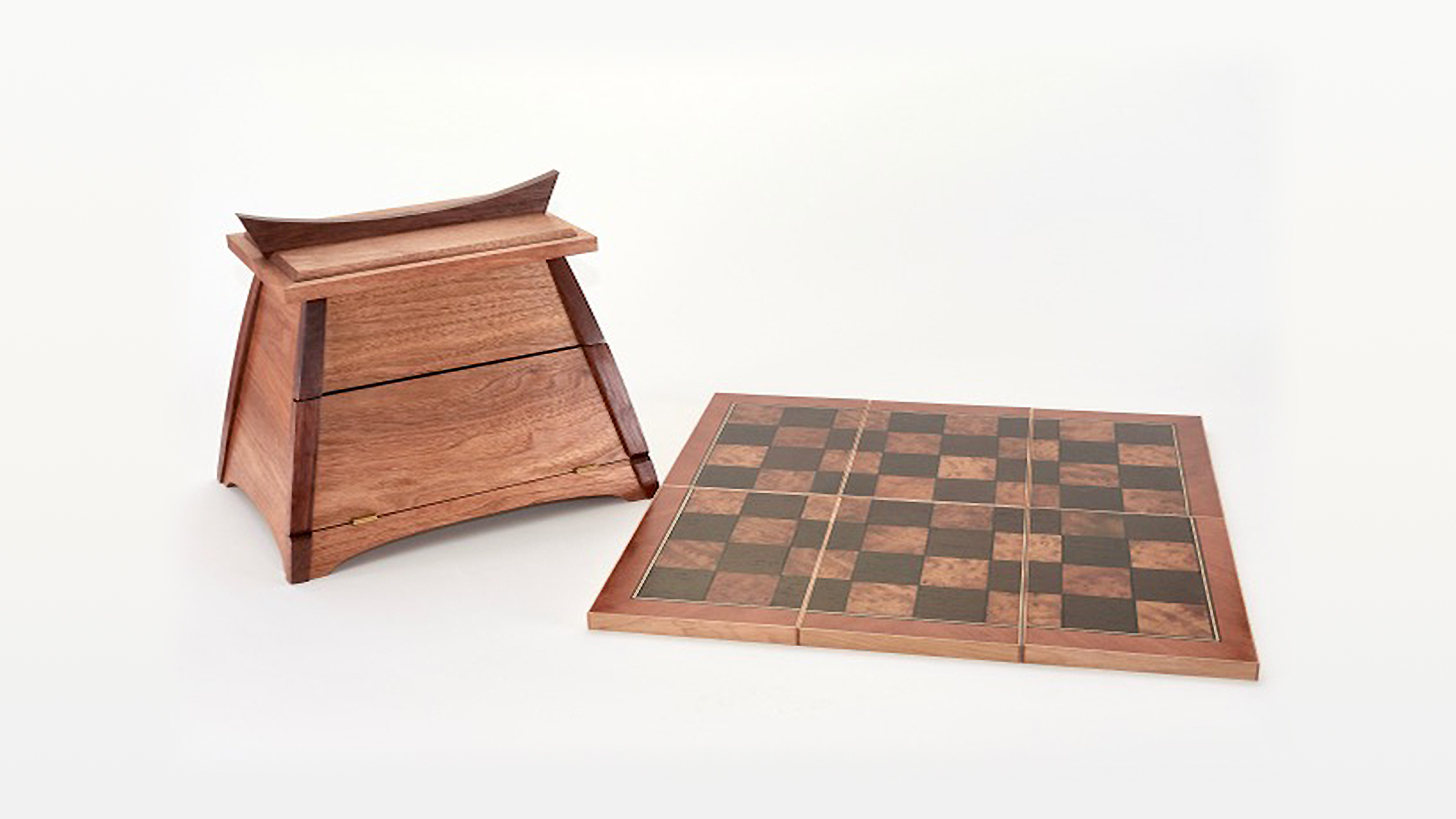 John Leko designs and builds fine furniture and custom woodwork. His iPad Pro, Smart Keyboard, and Apple Pencil are the main digital tools that support his career and artistic passion.

A large part of the furniture creation process involves translating the concept a client has in their head into something that can be built. John uses his iPad for meeting notes, sketching with WeTransfer’s Paper or MyScript Nebo, presenting design ideas, research, and more. Pages, Numbers, and PDFpen help calculate estimates and draft contracts. On the Mac, 3D models are generated in Google SketchUp, which are then imported into SketchUp Viewer on the iPad. The models have replaced traditional shop drawings, eliminating the need to print plans for use at the bench.

In addition to woodworking, John shares his skills with others in classes taught at his studio and elsewhere. OmniOutliner on the iPad has become his essential tool for drafting class proposals, creating presentations, and building a class syllabus. 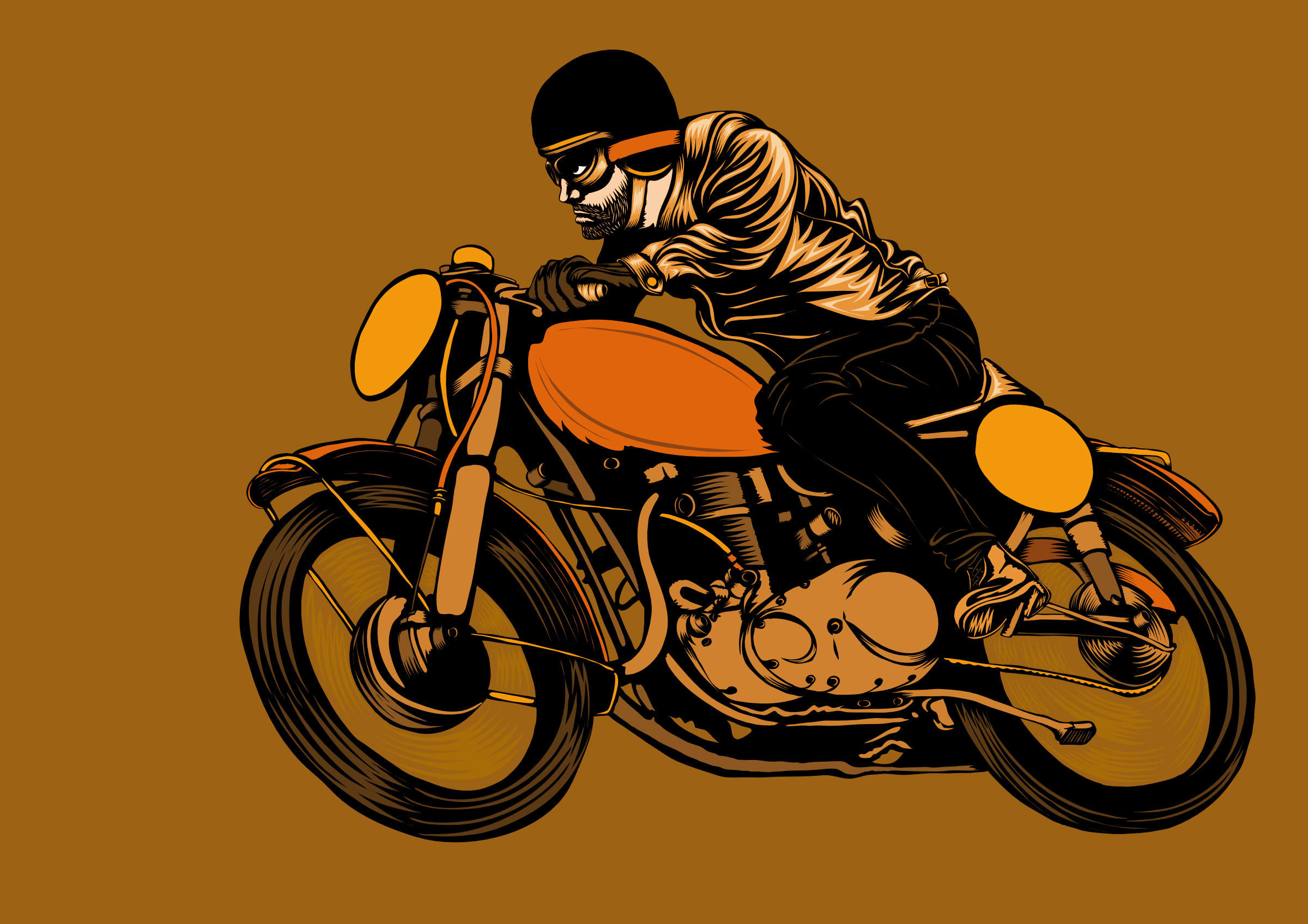 Neil Vilppu, a designer and commercial illustrator, came from a traditional art background before exploring the iPad. Neil’s father, a studio illustrator and animator, provided creative inspiration during his adolescence.

The decision to embrace the iPad Pro as a creative tool came when the technology became advanced enough for Neil to carry his work with him at all times. Combining the digital nature of the iPad with a traditional perspective of art is key to his distinctive style.

Illustrations begin as sketches in Procreate before moving to Affinity Designer to create vector artwork. Neil starts with a black artboard and builds the final illustration by drawing the points where the light would hit the subject matter defining those shapes. He describes the process as similar to the traditional technique of carving a wood block for a block print. After the image is defined, color is added to set the tone of the illustration. 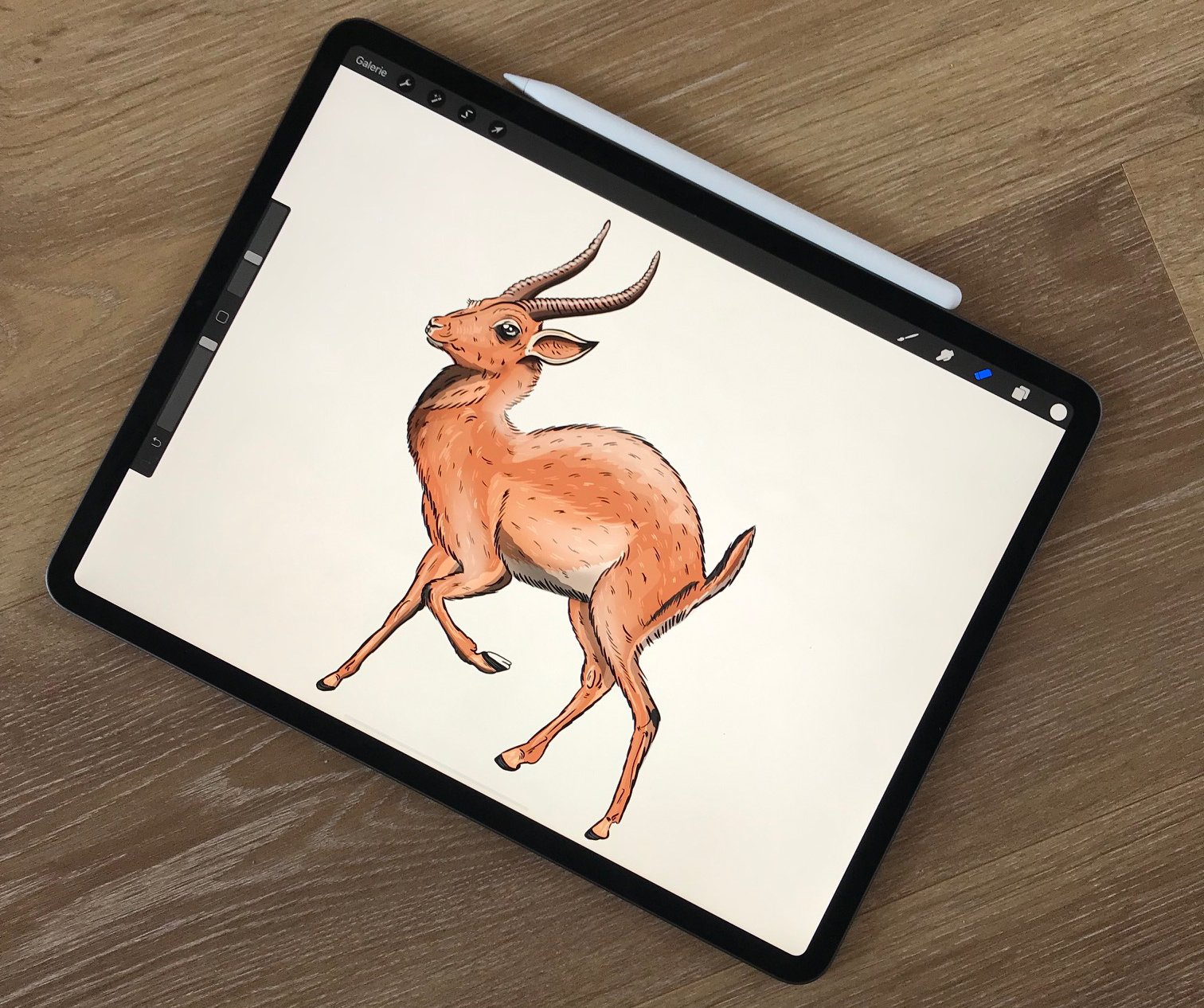 Camillo Richter has worked as an illustrator for the past 10 years and bought his first iPad in 2011. Even prior to the Apple Pencil’s announcement, the speed and ease of being able to work on-the-go led him to sell his Wacom tablet two years later.

With the introduction of apps like Procreate and Adobe Ideas (now Adobe Illustrator Draw), Camillo was able to start handling sales orders. With Affinity Photo and Designer in the mix, 90% of the job is now done on the iPad, he says.

By sharing our creative workflows, we can all learn and be inspired by each other’s ideas. What are you making on your iPad? Tag your favorite creations on Twitter with #MadeOniPad to share with the community.