If you or your kids are wanting to have some fun with animated emoji, but don’t have a compatible device to use Apple’s official software, there are a handful of options out there (well more than that, but decent choices are limited).

On an iPhone or iPad with Face ID, users can find and use Animoji and Memoji by tapping the monkey face icon in the App strip in iMessage and apps like FaceTime. On non-supported devices, the process isn’t as smooth with third-party software, but is still easy enough to use and can even be used for free.

Note: Apps like these can sometimes lean towards feeling a bit scammy, so be cautious before spending any money on Animoji alternatives.

This app offers a range of classic emoji, animals, characters and more to record your facial expressions and voice to. It uses the front facing camera, and tracking isn’t great, but you can get okay results that are still fun to share with others. Just make sure to look at the camera and don’t use any fast movements.

Some caveats, it is a free app, but some characters are restricted via an in-app purchase. Otherwise the free version includes ads. There is a paid VIP version for $10.

Supermoji may have the most animated emoji options, but it is also the most expensive offers a rough user experience when it comes to heavily promoting the paid subscription version of the app.

It allows users to record facial expressions and sound to the various characters and is a bit more responsive than EMOJI Face Recorder, but still is much less polished than Apple’s Animoji.

There is a free version, but a huge fullscreen ad pops up (see above) in-between creating your animated emoji which costs a salty $10/week after a free 3-day trial. A small button of text allows users to decline the purchase and continue with the free version after a timer counts down.

Supermoij isn’t likely the best fit for kiddos. That said, if you’re okay with navigating the aggressive paid tier advertising, the free version offers a wide range of animated emoji to choose from. 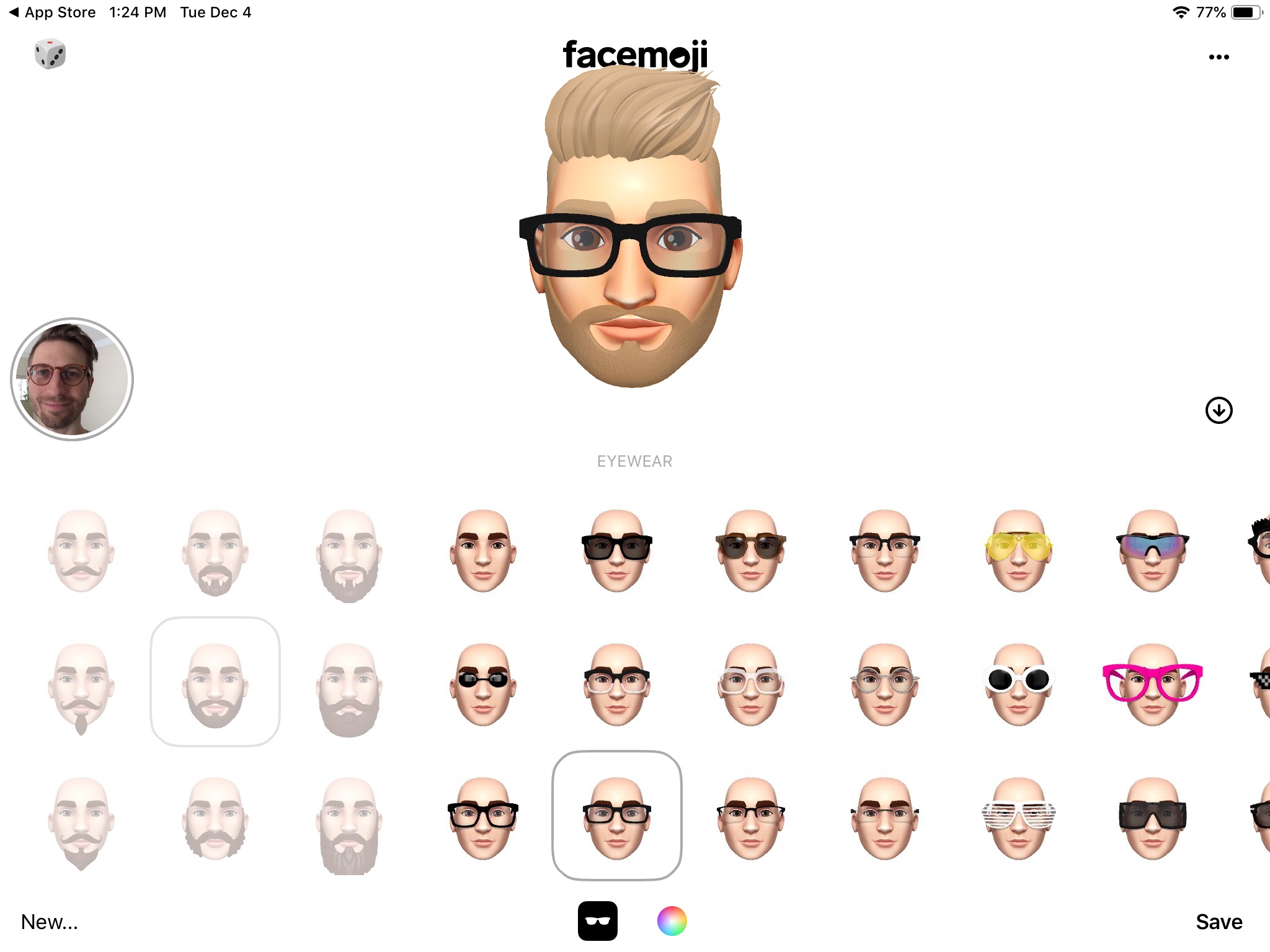 For those looking for something similar to Apple’s Memoji where you can make custom avatars to look like yourself…or not, #facemoji for iOS is a pretty good alternative. You’re not getting animated modeling based on your facial expressions, but it’s a like a simpler version of Bitmoji that can be fun to use across iPhone and iPad.

#facemoji is a free download from the App Store with no in-app purchases. It has an average of 4.8/5 stars on almost 2,000 reviews.