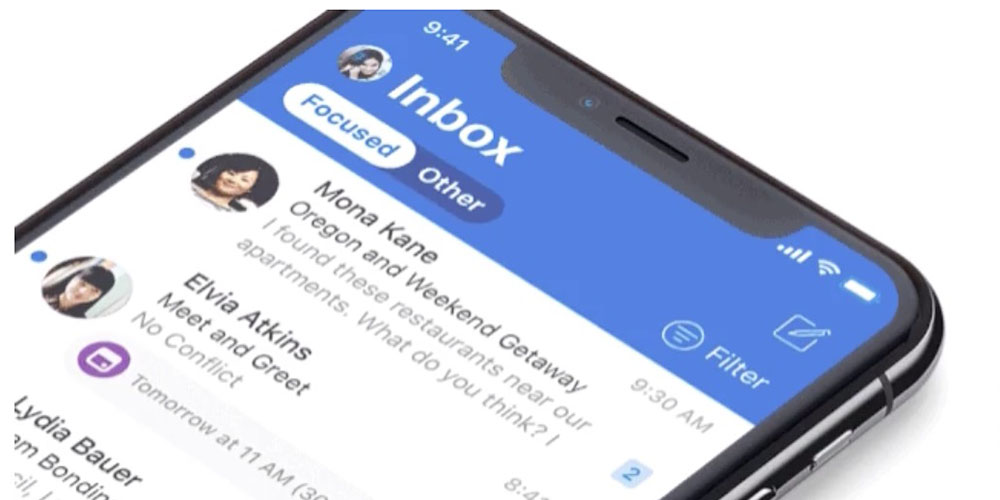 Microsoft Outlook for iOS is being updated today with a new design. What you’ll see isn’t a dramatic change, mostly ‘subtle changes here and there’ – with one exception, borrowed from the Android app …

The Verge reports that Microsoft is bringing in the blue header design initially used only on Android.

While you might not immediately notice these changes, there’s one very obvious and blue addition at the top of the app.

“The blue was not there [on iOS],” says Miles Fitzgerald, who leads the mobile design for Outlook. “We’re bringing the family together, and we’re proud of our brand.” The blue was part of Android, but this latest design is clearly a bigger effort to move away from the all white design of Outlook for iOS that originally shipped as an app to compete with Apple’s built-in mail app.

Microsoft has also shared that it’s working on a more visible change.

Microsoft is also working on a dark mode for Outlook mobile, and it’s a highly requested feature. That dark mode won’t debut today, but it’s something that will appear in a future update.

The company hasn’t given any indication as yet exactly how that might be implemented, Microsoft has previously shared teaser images of a dark mode for its Mac apps. This is currently in beta-test and is ‘coming soon’ to Mac.

The previous Outlook for iOS update back in October added full support for the iPhone XS Max and XR.