Apple’s Smart Battery Case, with its controversial design, was released back in 2015 with support for the iPhone 6 and 6S and it now currently supports the iPhone 6, 6S and 7. With the release of iPhone X and iPhone 8, users wondered whether a new battery case would be released for this new iPhone design, but so far nothing has been announced nor released by Apple.

This could change soon, based on an icon found in the latest watchOS beta (scroll down for icon). The icon, which can be found on watchOS 5.1.2 beta 2, is used to display the charging status for the battery case within the battery widget. This component has been responsible for other leaks before, including the icon depicting an iPad Pro without a home button.

It shows a battery case similar to Apple’s official Smart Battery Case which is currently only available for iPhone 6, 6S and 7. The main difference that can be seen in this new icon is the orientation of the iPhone’s back camera, which is vertical, indicating that this battery case will be compatible with new iPhones with no home button.

By looking at the software, it’s not yet possible to determine which specific devices will be supported by the new battery case, it would have to come in three different models to support all new iPhones, including the iPhone X, XR, XS and XS Max.

Design-wise, the case looks similar to the existing Smart Battery Case, except it doesn’t have a large “chin” at the bottom and has the back camera in the right vertical orientation for the new iPhones. It’s unclear when Apple is planning to release the new cases, but the presence of this icon and other related code in the most recent beta suggests the release is imminent. 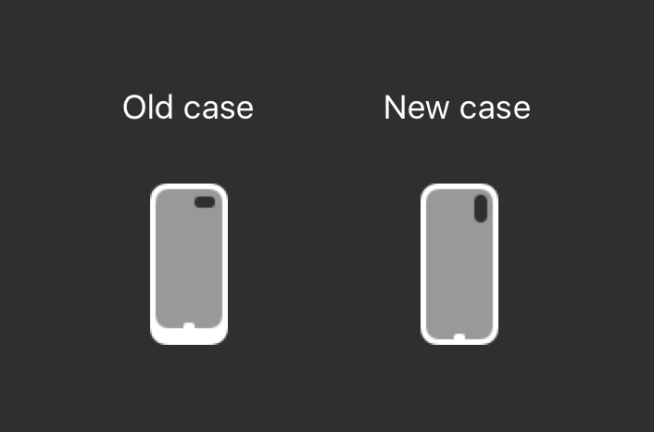 Would you like to use the Smart Battery Case on your new iPhone? Let us know in the comments.