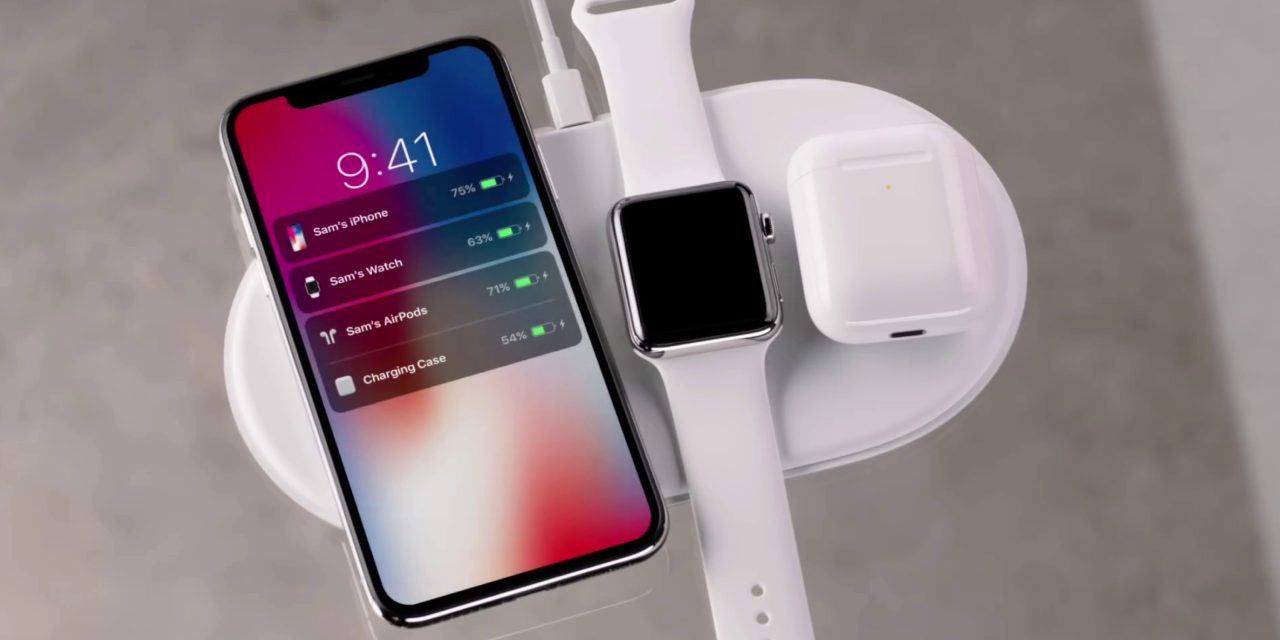 While Apple’s AirPower wireless charging mat is still nowhere to be found, a recently published patent application from the U.S. Patent & Trademark Office offers some details on a security feature of the accessory. The patent describes how a unique ID can be used to protect data transmitted between AirPower and the devices it is charging, and more.

One of the figures in the patent application shows how AirPower is able to recognize the device with the largest display and show charging statuses there. In most cases, this ensures that the iPhone placed on the mat will always show the charging statuses of other accessories, including Apple Watch and AirPower.

Apple first showed off the sleek AirPower charging animation last year. Essentially, your iPhone will show an overview of its charging status, as well as your Apple Watch, AirPods, and AirPods case, all on the iPhone lock screen.

Elsewhere in the patent application, Apple explains that its wireless charging mat “can implement” a range of charging technologies, including Qi charging, Power Matters Alliance technology, and more. Here’s the specific language from Apple’s patent application:

Perhaps most notably, however, the patent application describes a security feature to protect the data of devices being charged via AirPower. Apple explains that AirPower transmits a small amount of data to accessories it is charging for features like charging animations. 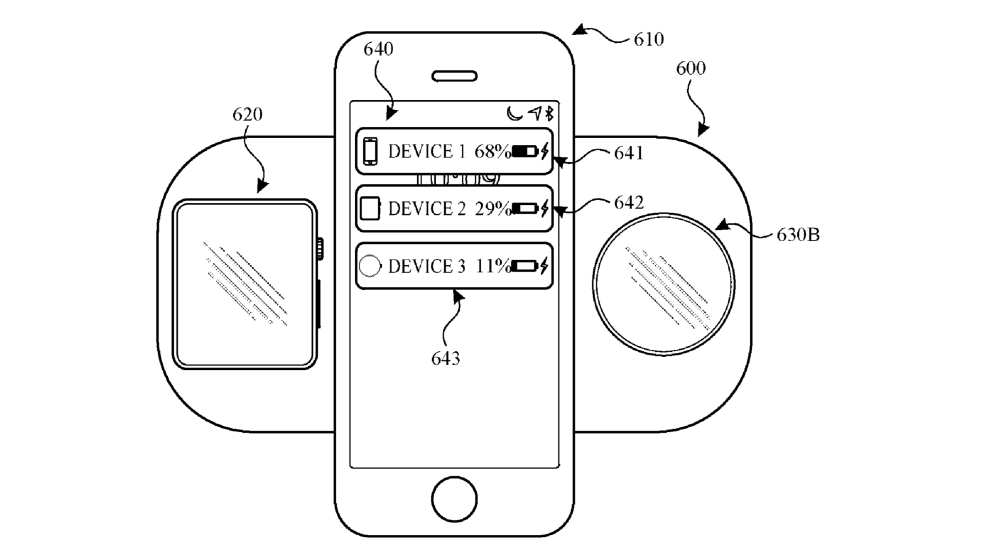 Essentially, AirPower can assign each device, such as your iPhone or Apple Watch, a unique ID for use when such information is transferred. This means that malicious snooping will only result in “innocuous data” being collected:

In this manner, nearby malicious devices attempting to snoop on information transmitted between the computing device 1020 and the wireless charging apparatus 1002 will only be able to gather innocuous data. Moreover, the embodiments described herein can involve periodically refreshing the unique IDs 1022 of the computing devices 1020 to further-thwart any malicious activity that may be attempted.

One thing to note is that this is a patent application, not a full patent. This makes it even harder to use as a reference for a potential AirPower release date. Additionally, Apple generally patents broader technologies, so what technology mentioned in this patent actually makes it to AirPower remains to be seen.

As for AirPower’s release, Ming-Chi Kuo reported back in October that Apple hopes to release it sometime in late 2018 or early 2019. Additionally, Kuo has said that the AirPower wireless charging case is coming in early 2019. Meanwhile, the evidence we’ve found within iOS shows AirPower is still in development and has not been scrapped.