OtterBox was quick to bring versions of its Symmetry Series 360 cases for new iPad Pros to market. OtterBox Symmetry Series 360 combines a protective clear case with a leather-like Smart Cover-style jacket that protects the iPad Pro while offering a stand for typing or watching videos.

When closed, Symmetry Series 360 covers all sides of the iPad Pro including the Apple Pencil portion. This is ideal if you toss your iPad in a bag with other items and want to avoid dinging up the exterior. The iPad Pro is also remarkably thin so adding a front and back case like Symmetry Series 360 keeps the overall size down much better than previous versions. 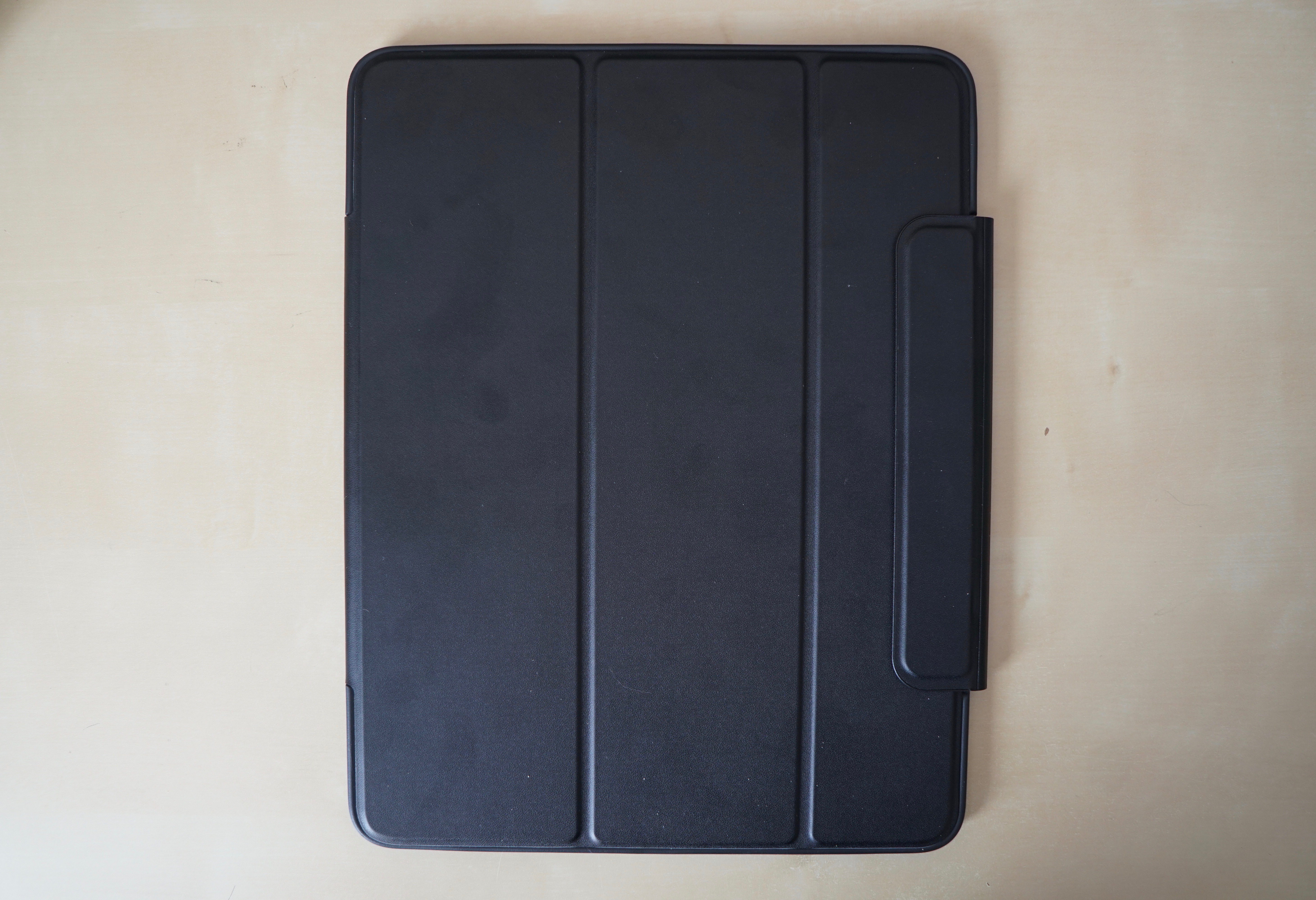 The portion of Symmetry Series 360 that covers the Apple Pencil doubles as a magnetic latch for keeping the cover in place when closed. 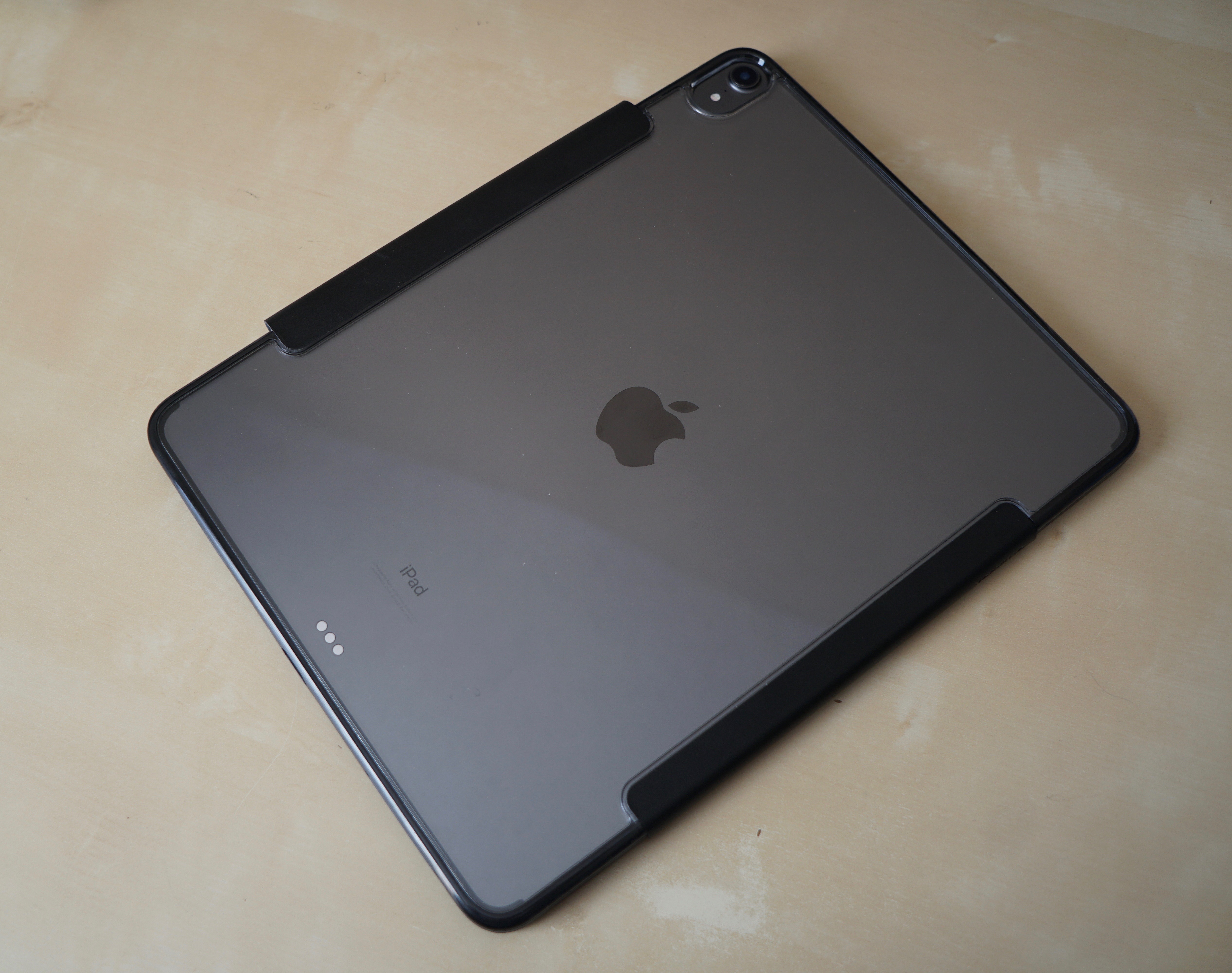 The back of Symmetry Series 360 exposes your iPad Pro visually but not physically. The Smart Connector (which only works with Apple’s new Smart Keyboard Folio) is visible but not accessible. The camera and flash are also accounted for, and the leather portion of the cover reaches either side of the clear rear. 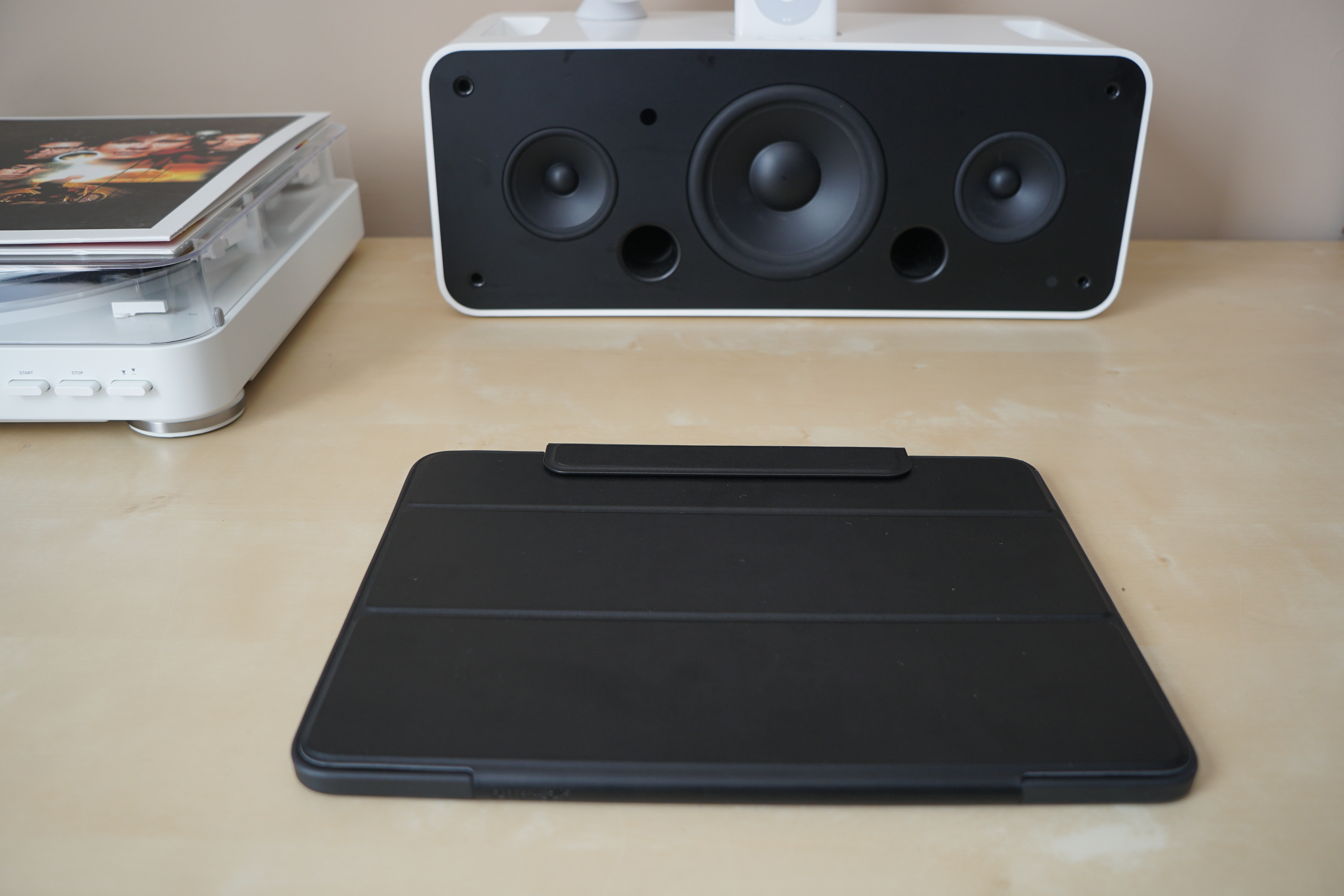 The black leather cover and black rubber edges blend nicely along either side. 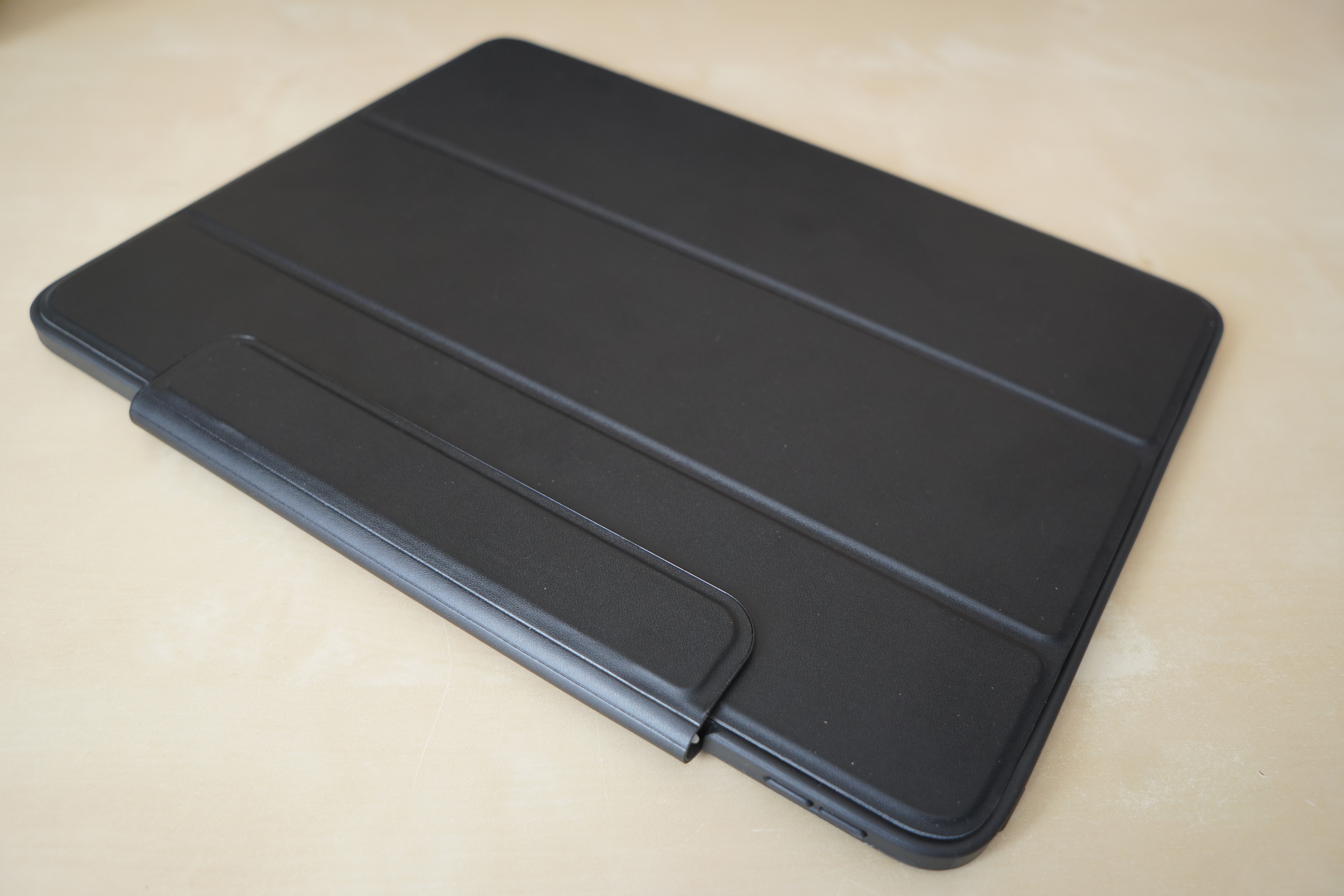 When closed, the cover portion that protects the Apple Pencil side integrates well with the over overall design without looking tacked on. Using the same material for both portions of the cover helps a lot.

The rubber portion of the case accommodates each microphone, speaker, and port on the new iPad Pro while providing clickable buttons for power and volume.

The rubber portion is at odds with how thin the iPad Pro is at times however. The case border needs to be flexible to allow the iPad to be inserted and removed, but more structure would be useful at times. The leather cover protects the screen when closed with a microfiber side like Apple’s Smart Cover options. It also folds back to support to viewing angles. Upright for watching video or video chatting on FaceTime is probably the most popular. If you want a slight incline for easier typing with the on-screen keyboard, you can fold the cover back into a triangle on top too. Note that the Pencil side meets the bottom like with Apple’s Smart Cover Folio. 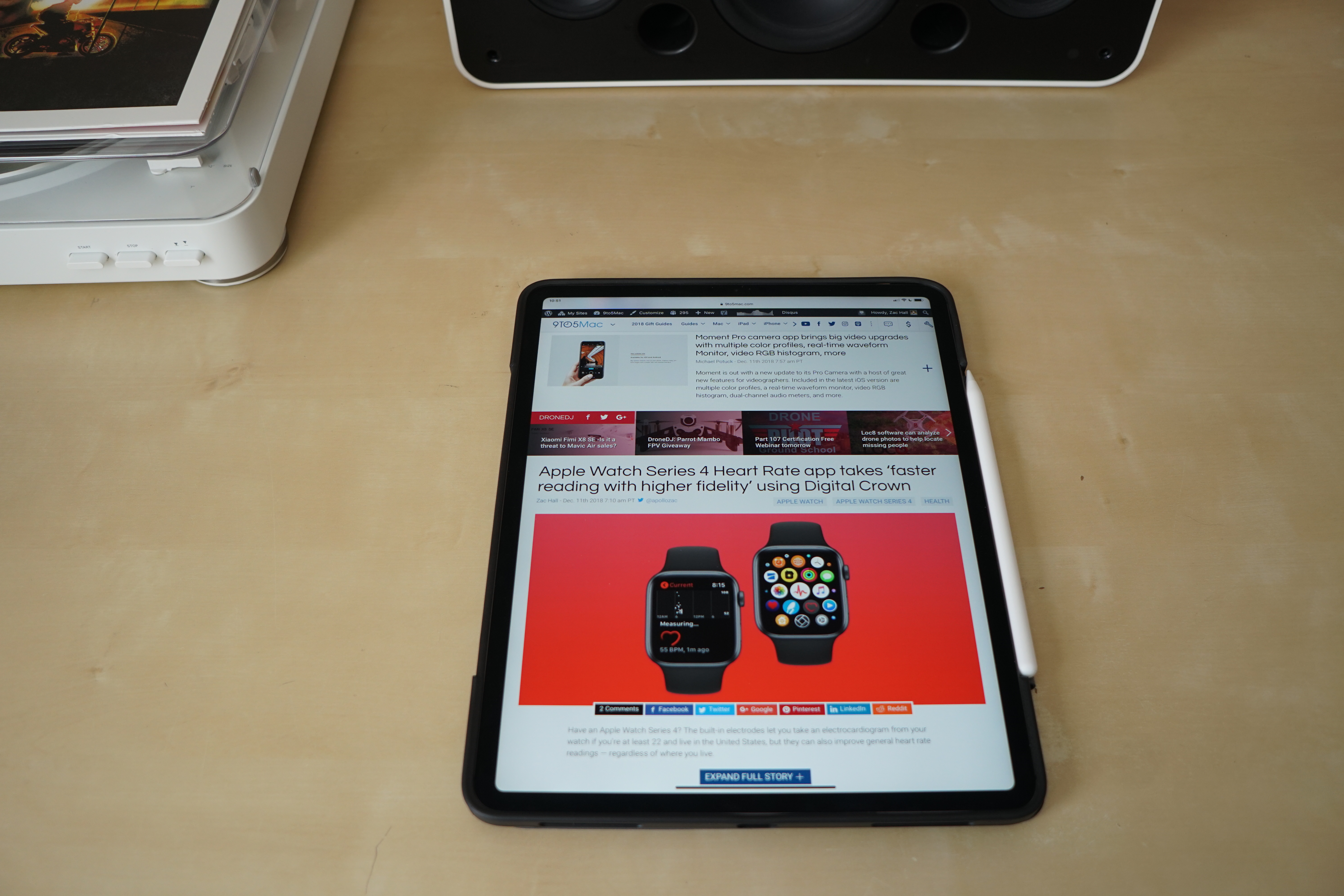 Want the cover and out of the way? You can fold both flaps back completely when layed flat. 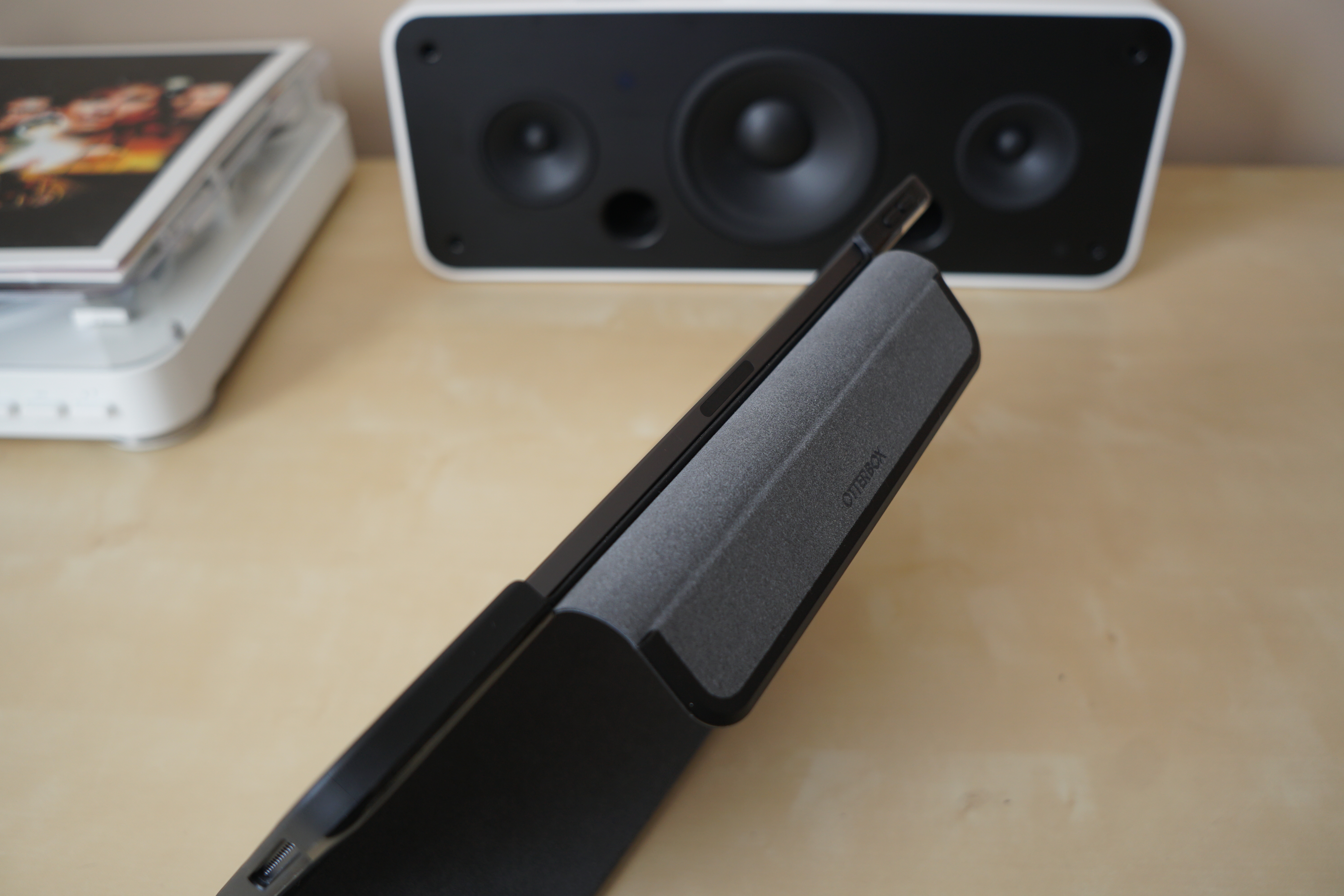 If you don’t have or use an Apple Pencil, the bare side and flap portion can be a bit visually quirky. If you do have an Apple Pencil, the smaller flap doesn’t fold entirely back during use. It just sort of hangs out when used upright. While the flappy bit is only a visual critique, the thin rubber portion around each cutout is a mild structural concern. Some sort of reinforcement here that still accommodates taking the iPad Pro in and out of the case would be welcome, but that’s the challenge with an iPad this thin. 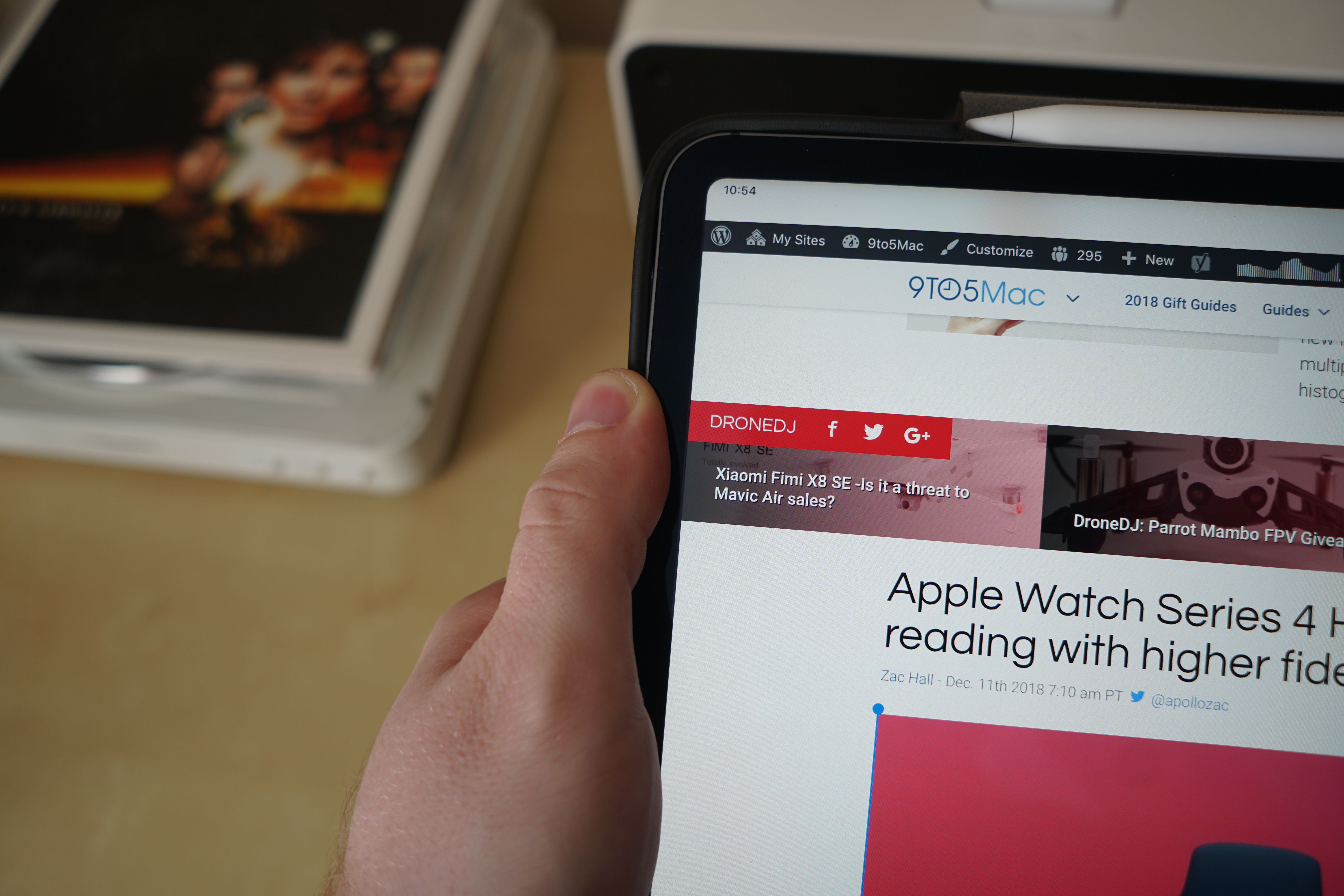 In use, the overly flexible rubber portions around the speakers, mics, and USB-C port are noticeable when holding the iPad Pro in landscape orientation. The speaker grill portions are the most noticeable, but also the most common places to grip the iPad based on the Face ID camera location. 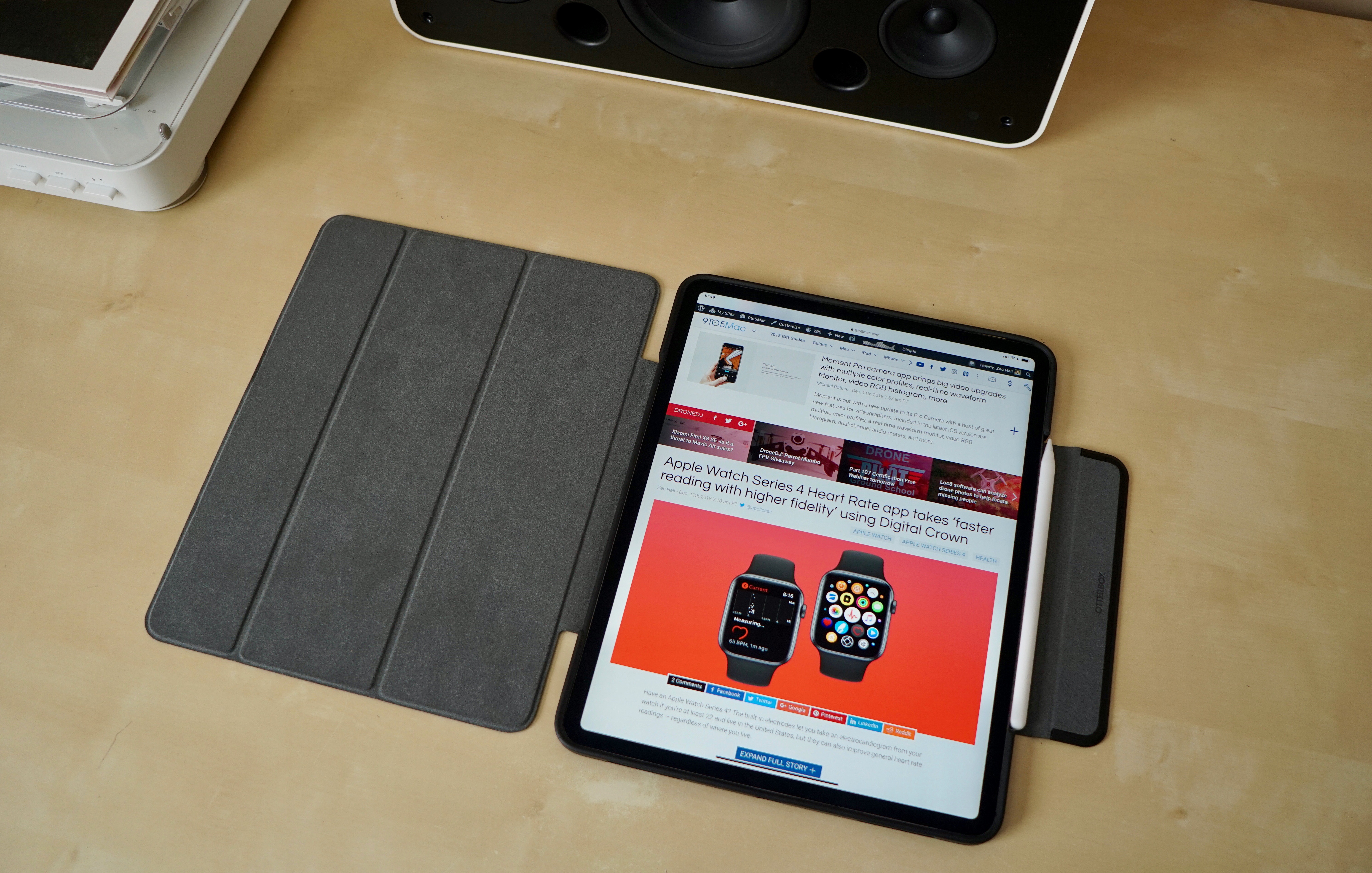 While I’d prefer a little more structure around the speaker grills, Symmetry Series 360 for iPad Pro could easily be an Apple-branded Smart Cover plus Clear Case combination. It has an Apple-like balance of protection, design, and function.

Pricing varies between $79.95 to $99.95 depending on which size and where you buy Symmetry Series 360 — roughly in line with the price of Apple’s less protective Smart Cover Folio accessories. Apple Stores carry both sizes of the gray color while OtterBox sells both the gray and black versions directly.

Recommended if you want more protection than Apple’s Smart Folio offers without bulking up your iPad Pro in a more industrially designed solution.