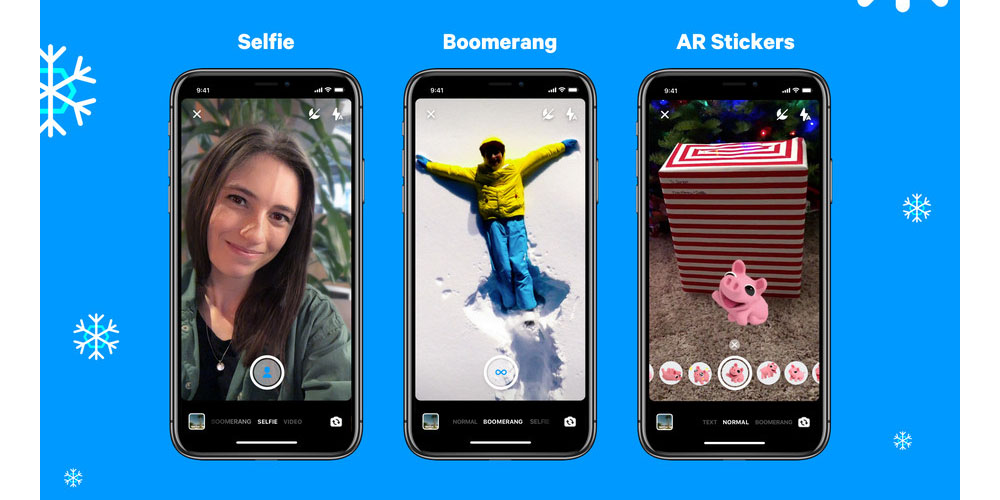 Portrait mode was a headline feature for the iPhone 7 Plus, dual cameras allowing the stock Camera app to blur the background. A Portrait mode selfie feature came to the iPhone X, XS and XS Plus, thanks to the TrueDepth camera system.

It works in the same way as the equally fake Portrait mode available from the rear-facing camera on the iPhone XR: a trick performed purely in software. The app basically looks for faces, finds their edges and then blurs the rest of the image.

The Verge notes that this isn’t the only new camera feature in the latest Facebook Messenger app.

As well as native support for looping Boomerang videos [and the Selfie mode], an augmented reality feature that lets you place Messenger’s stickers in your photos and videos.

The sticker feature lets you take any Messenger sticker from chat and apply it to a photo, where it appears as a 3D AR object.

I’m not yet seeing the update in the App Store, but Facebook says it will be available to the majority of users today, across the world.

Messenger got a major update in October, focused on simplicity.

Messenger 4 has simplified its navigation, revamping the entire bottom tab menu. It starts with one-to-one and group conversations, which are now combined into a single Chats tab. The company is also adding a new Camera button on the top right of this menu to let users easily share photos and videos to your friends and family. You’ll also have revamped People and Discover tabs which are self-explanatory.

Messenger is a free download from the App Store.

The iPhone XS, XR and 2018 iPad Pro got a cool new Portrait Mode feature in the form of depth editing. This allows you to simulate different depths of field after the photo was taken – a feature that was later supported by the iOS version of the Google Photos app.