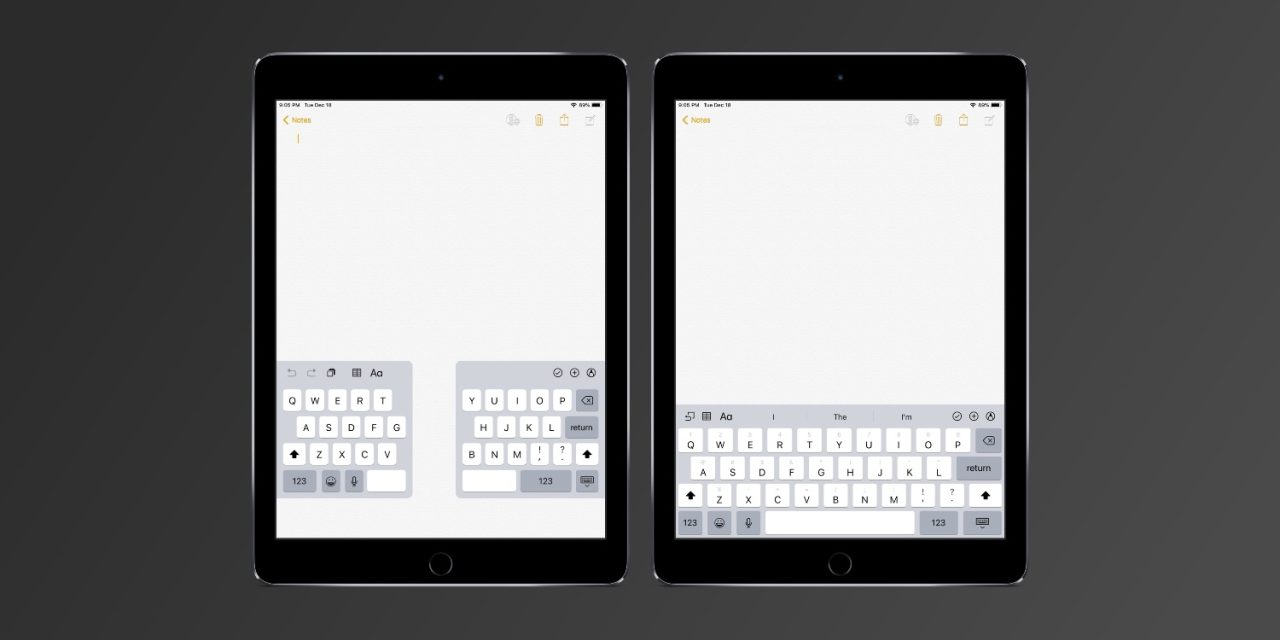 That means no split keyboard support on the arguably more portable 11-inch 2018 iPad Pro that’s thinner and lighter, and none of the three generations of 12.9-inch iPad Pro have ever supported split keyboards.

Apple acknowledges this limitation without explanation in its support document:

The split keyboard is a great way to accommodate thumb typing while holding the iPad in any orientation with two hands. Simply tap away on the screen with your thumbs while the rest of your fingers support the iPad from behind. It’s really convenient if you’re holding the iPad and walking around or even standing in place.

Split keyboards are a bit silly in one place where offered: iPad mini in portrait orientation. That’s the comparison shown above where the keyboard width is almost unchanged, although it’s still practical in landscape orientation. It’s practical in all orientations of all larger iPads.

Personally, I use the 12.9-inch 2018 iPad Pro (i.e. the class that Apple never deemed right for split keyboards) and find myself wishing I had the split keyboard option all the time when entering text and holding the iPad. The bigger version feels fine for this use once you get used to the size, and 12.9-inch iPad Pro customers have been asking for this feature since 2015.

In the case of the 10.5-inch iPad Pro, Apple believes the split keyboard is a good fit for the screen size (even though the overall footprint almost matches the new 11-inch).

The difference between the docked and joined keyboard and the split keyboard is way more dramatic on larger iPads than smaller iPads too. Here’s the 10.5-inch iPad Pro: 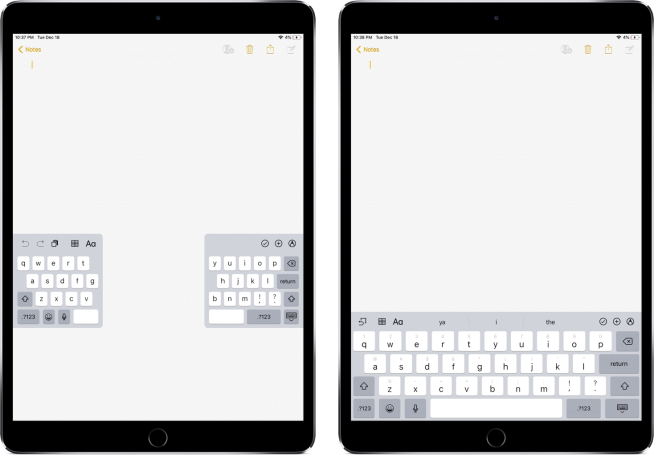 And the split keyboard is even more practical (and necessary) in landscape orientation: That keyboard would be very practical on the larger iPad Pros and I would argue split keyboard is more useful on larger screens, so what gives?

It’s not that Apple hasn’t designed the split keyboard for the fancy toolbar that tops the keys on iOS. It’s not strictly the change from Home buttons to Home Indicators on iPads since the old 12.9-inch iPad Pros never had split keyboards.

If it’s size, I think Apple has the rule for cutting off support exactly backwards. Split keyboard is best on larger iPads, not unnecessary as it can be on smaller iPads.

Maybe split keyboard would be a bad idea for a 21.5-inch iPad, but it’s a good feature as long as the iPad weighs enough to hold comfortably and the width doesn’t require stretching your arms out. No iPad approaches either of those limits today.

Oh, and remember this? 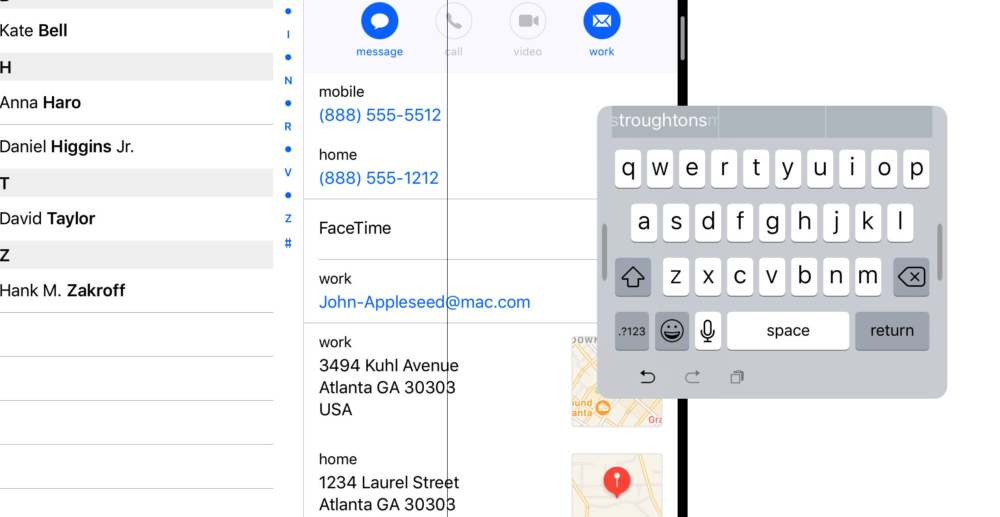 If split keyboards aren’t the answer for easier text input while holding iPads, might a version of the iPhone keyboard be the solution? Hold the iPad firmly in one hand, and peck away at the keyboard with your finger using your other hand … just like a large iPhone.

Steven Troughton-Smith uncovered exactly that in iOS 10.3 beta code a few years ago, but the floating iPhone-style keyboard never shipped to consumers as a system-wide solution. Personally, I’d prefer both keyboard options in iOS. The iPhone pulls off various keyboards like the slide-to-the-right or slide-to-the-left keyboards that shrink the layout for one-hand use.

iPad could similarly offer multiple keyboard modes on all iPads — that’s the magic of a software keyboard without the limitation of physical keys after all.