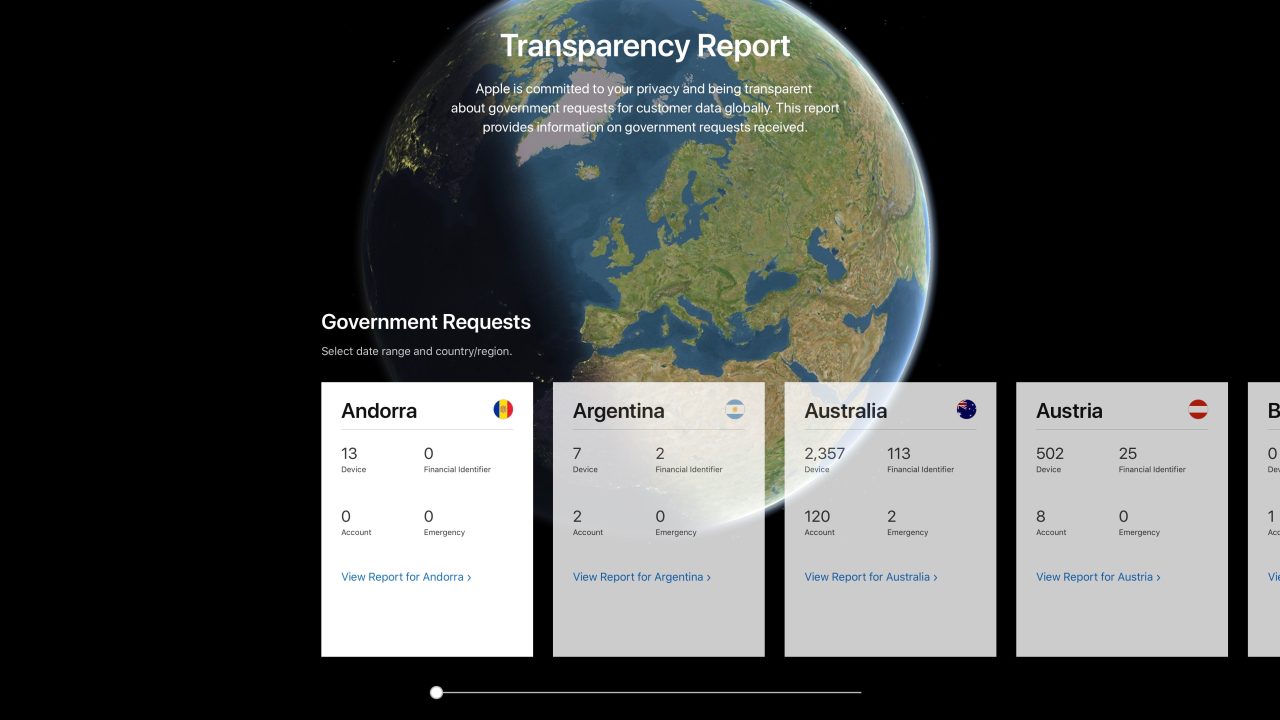 Apple today has released its latest transparency report, showing the number of government demands for user data it received. In the past, Apple has released this data in the form of a PDF, and while that still remains an option this time, the company has also launched a new interactive website to view the information.

As reported by TechCrunch, Apple’s latest transparency report covers January through June of 2018. During that time period, Apple received a total of 32,342 demands for user data from governments, which is up 9 percent compared to the last reporting period. The demands requested access to 163,823 devices in total.

As for the top requester, Germany issued 13,704 data requests on 26,160 devices. Stolen device investigations were the main driver of these requests, according to Apple. “High volume of device requests predominantly due to stolen devices investigations,” the company says.

As far as iCloud requests go, Apple received 4,177 requests for account data – up 25 percent compared to the previous period. These requests spanned 40,641 devices. This uptick is attributed to a widespread fraud investigation in China, which saw the Chinese government ask for an unusually high amount of data.

In terms of national security orders, Apple said it received “between 0 and 499” requests. These requests affected between 1,000 and 1,499 accounts. Apple is not required to report specific numbers here and reports on a delay to avoid interfering with investigations.

You can view Apple’s revamped transparency report here. The traditional PDF version of the report is also still available here. Apple also recently released a new privacy portal where Apple users can download a copy of their data.