Year-in-Review: Everything Apple released across all of 2018

Even though it was an ’S’ year for the iPhone, 2018 was still a very busy year for Apple. Over the year, the company released a slew of new products and accessories, some of which you might have forgotten about by now. Read on as we recap everything – software and hardware included – that Apple released in 2018.

As usual, January was a relatively quiet month for Apple. The month went by without any hardware releases from the company, but there were a handful of software updates released for its various products. Namely, iOS 11.2.2 was released on January 9th, followed by iOS 11.2.5 on January 23rd.

Other than software releases, it was a pretty quiet start to the year for Apple. In the December before, however, Apple had just released the iMac Pro, and the launch of a certain smart speaker was looming for February. 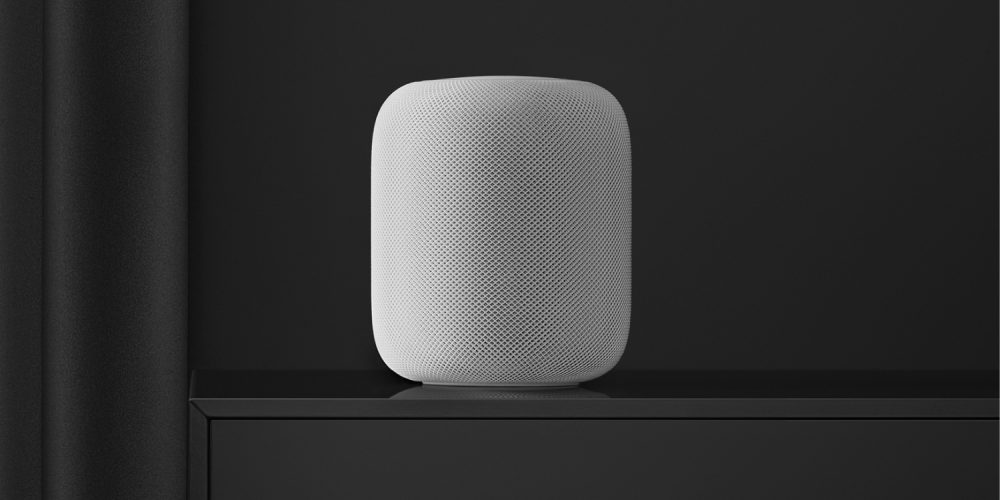 After a several month delay, HomePod was officially released on February 9th. As Zac wrote in his HomePod Year-in-Review article, it’s easy to forget that Apple’s smart speaker hasn’t even been available for a full year yet.

In terms of software, February saw Apple continue its bug fix trend focus, releasing iOS 11.2.6 on February 19th, as well as updates to watchOS, tvOS, and macOS. Here’s everything: 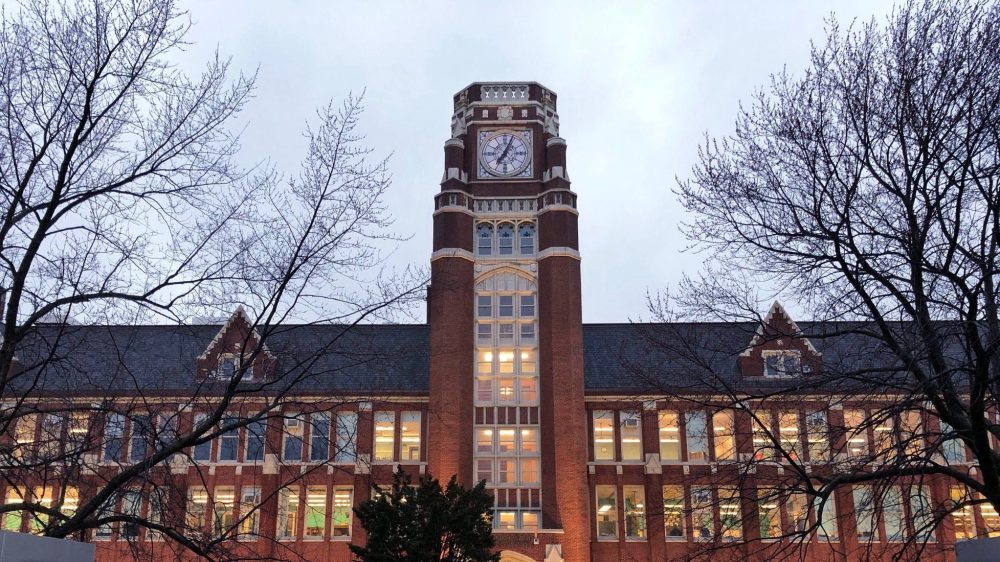 March saw Apple hold its first press event of the year. This one was focused on education and took place in Chicago, Illinois. At the event, Apple unveiled its newest 9.7-inch iPad with support for Apple Pencil. March also saw Apple make its space gray keyboard, Magic Trackpad, and Magic Mouse available as standalone purchases after first being limited to the iMac Pro.

March was also a busy month for software. Apple released iOS 11.3 to the public with ARKit 1.5, iPhone Battery Health details, new Animoji, Health Records, and much more. This is everything Apple released in March of 2018: 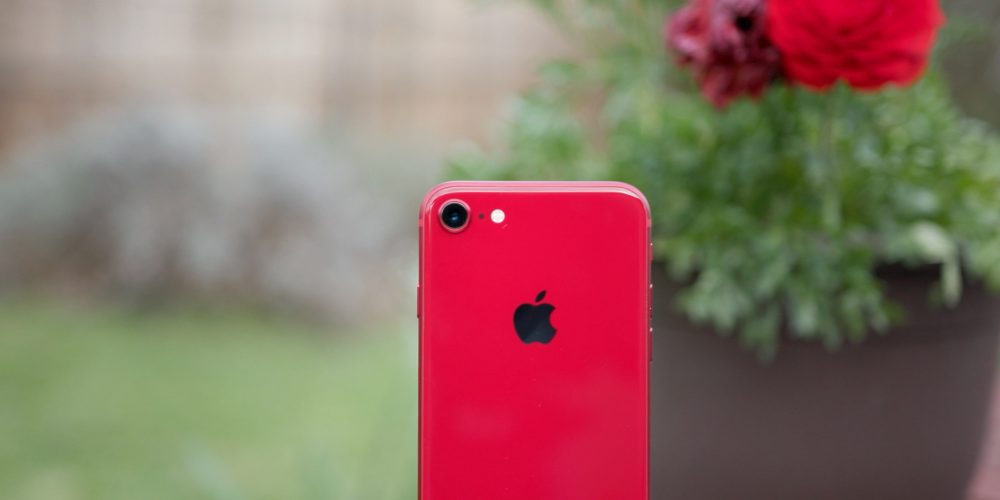 After a busy March for Apple, things slowed down again in April. While Apple did tease its 2019 modular Mac Pro and reentry into the display market during April, there weren’t any new hardware releases for the Mac or iPad.

As for the iPhone, however, Apple officially released its (PRODUCT)RED iPhone 8 and iPhone 8 Plus on April 10th. The iPhone X did not get the PRODUCT(RED) treatment. Apple also released a slew of new software in April, including a new version of Final Cut Pro, as well as iOS 11.3.1. 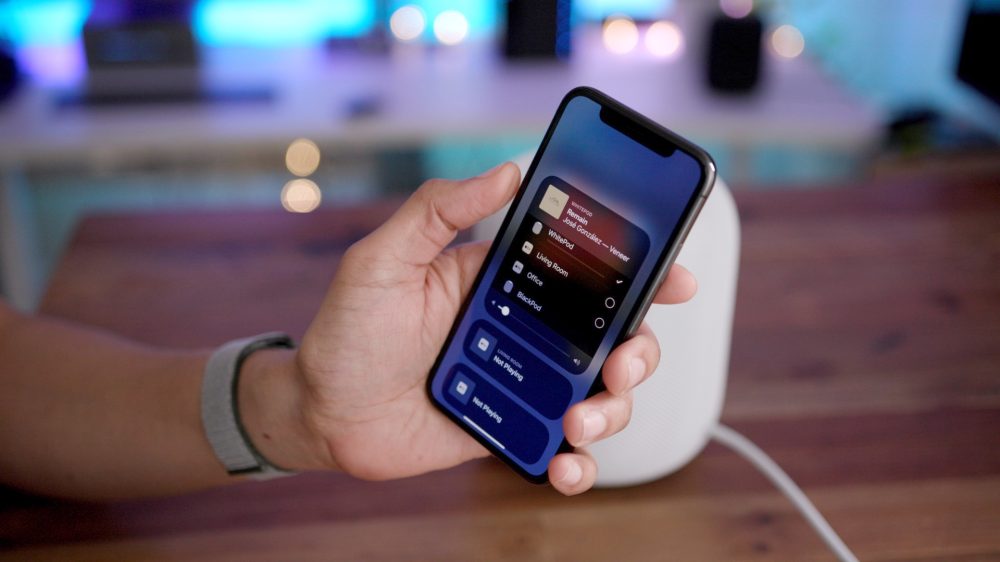 In May, Apple officially released AirPlay 2 to everyone. After a brief delay, AirPlay 2 launched as part of IOS 11.4, bringing features such as multi-room as well as stereo support to HomePod. Apple also released watchOS 4.3.1 and tvOS 11.4.

In addition to AirPlay, iOS 11.4 also included the long-awaited Messages in iCloud feature, which syncs your iMessages across your various Apple devices and was originally anticipated as part of iOS 11. 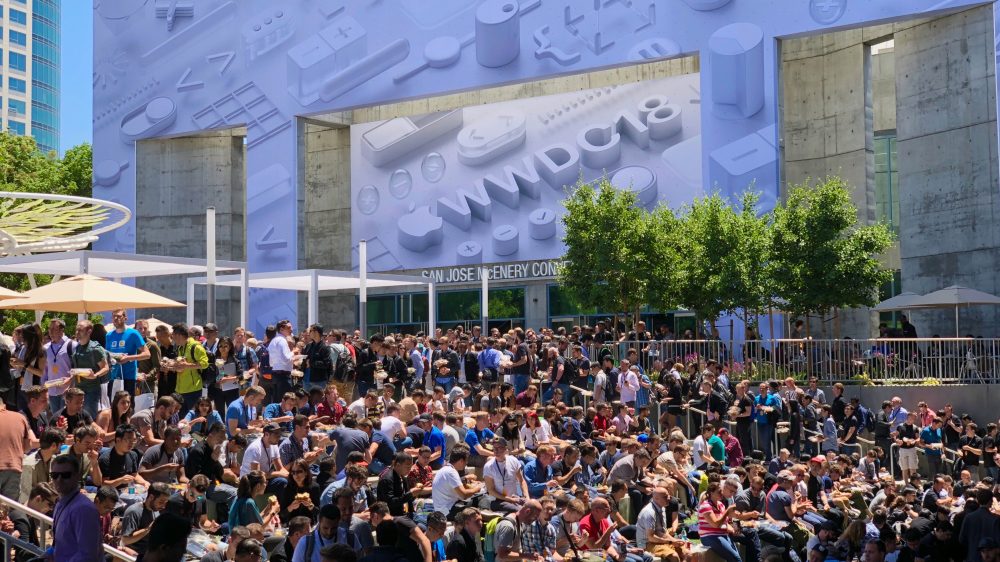 As is always the case, June was a busy month for Apple as it held its annual Worldwide Developer Conference in San Jose. While this year didn’t mark as big of a focus on hardware as 2017’s WWDC, the software it announced paved the way for the rest of the year.

On stage at WWDC, Apple did make one hardware announcement: its newest Apple Watch Pride band, as well as a new Pride face for Apple Watch. That was it in terms of new hardware, however.

Apple used WWDC to show off iOS 12, watchOS 5, tvOS 12, and macOS 10.14 Mojave, introducing the first developer betas of each. Other than that, however, Apple did not make any notable releases in June, but the software releases set the stage for the rest of the year. 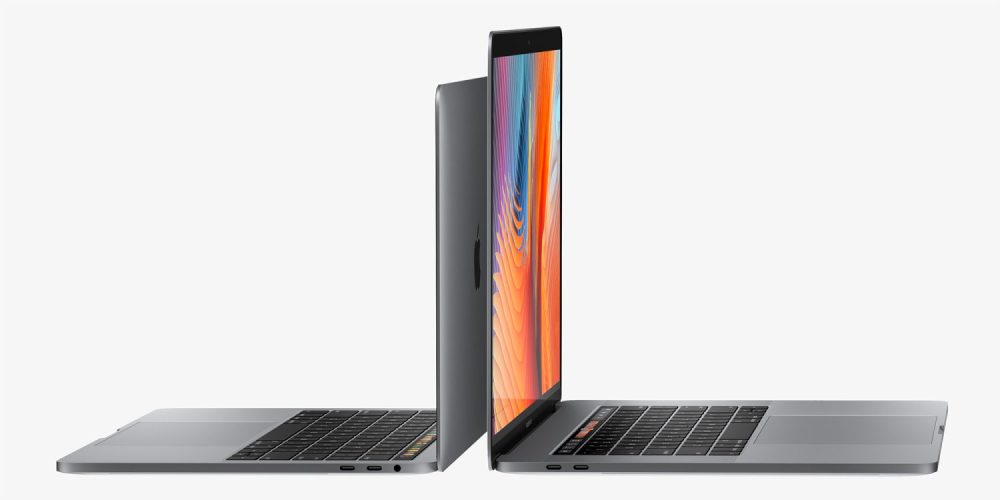 After a busy June with WWDC, Apple entered its normal summer slowdown during July and August. The focus during these months was refining the beta release of its forthcoming iOS 12 and corresponding updates.

At the end of July, however, surprisingly announced its latest MacBook Pro with Touch Bar models. Announced via a press release, Apple introduced new 13-inch and 15-inch MacBook Pro modes with new Intel chips, a “third-generation” Butterfly keyboard, and more. For the 15-inch model, Apple added the option for 32GB of RAM for the first time. 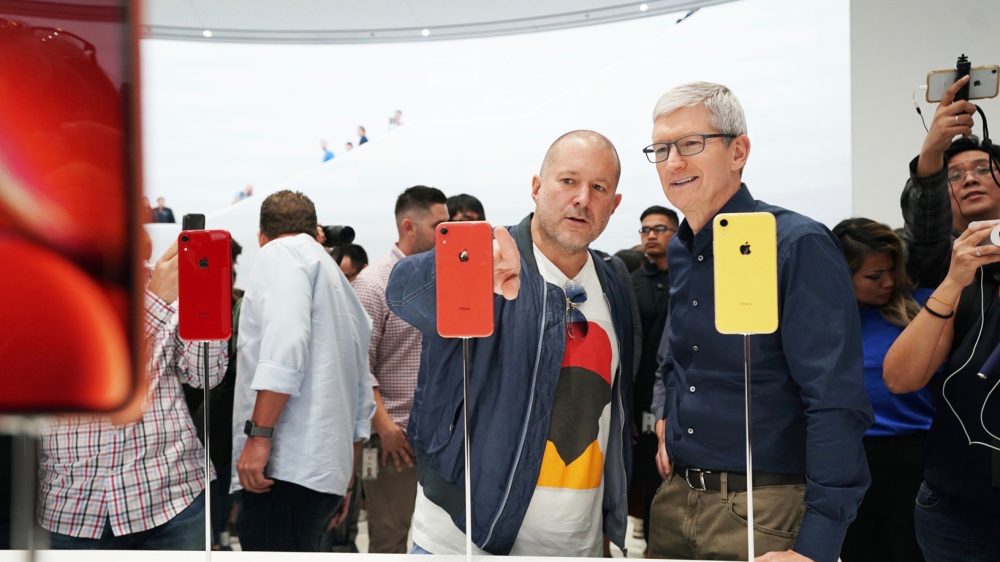 September got off to a strong start with Apple’s “Gather round” event at Steve Jobs Theater. At the event, Tim Cook took the stage to introduce the Apple Watch Series 4, iPhone XS, iPhone XS Max, and iPhone XR.

Apple Watch Series 4 was announced at the “Gather round” event as well, with pre-orders commencing on September 14th and the wearable officially hitting shelves on September 21st. In addition to the new iPhone and Apple Watch hardware, Apple also released new Apple Watch bands, new iPhone XS and XS Max cases, and trimmed its iPhone lineup. 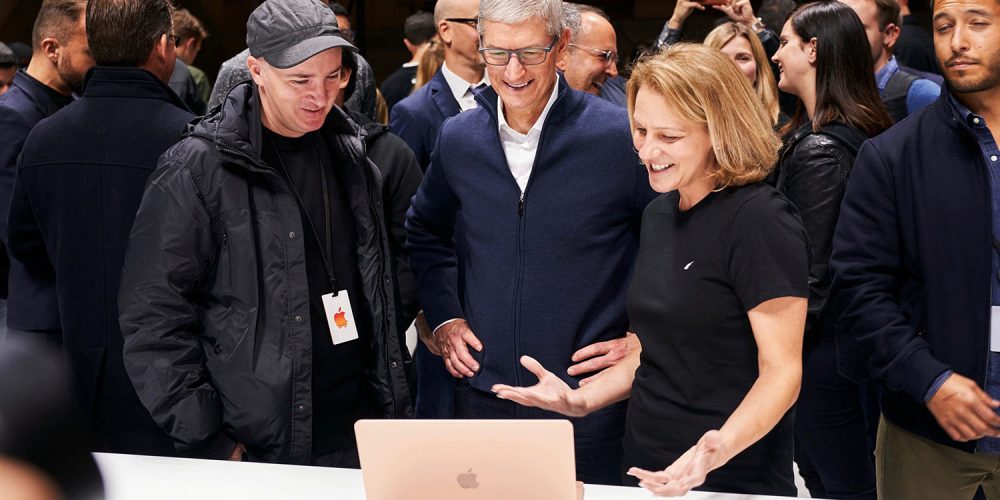 The fun continued in October. Midway through the month, Apple’s colorful iPhone XR officially went up for pre-order on October 19th. The device was released to everyone the following week on October 26th.

At the very end of October, Apple held a special event in Brooklyn, New York to unveil new Macs and iPad Pros. The company announced an all-new MacBook Air at the event, as well as a new Mac mini and new 11-inch and 12.9-inch iPad Pro models. The event also saw the unveiling of the new Apple Pencil. 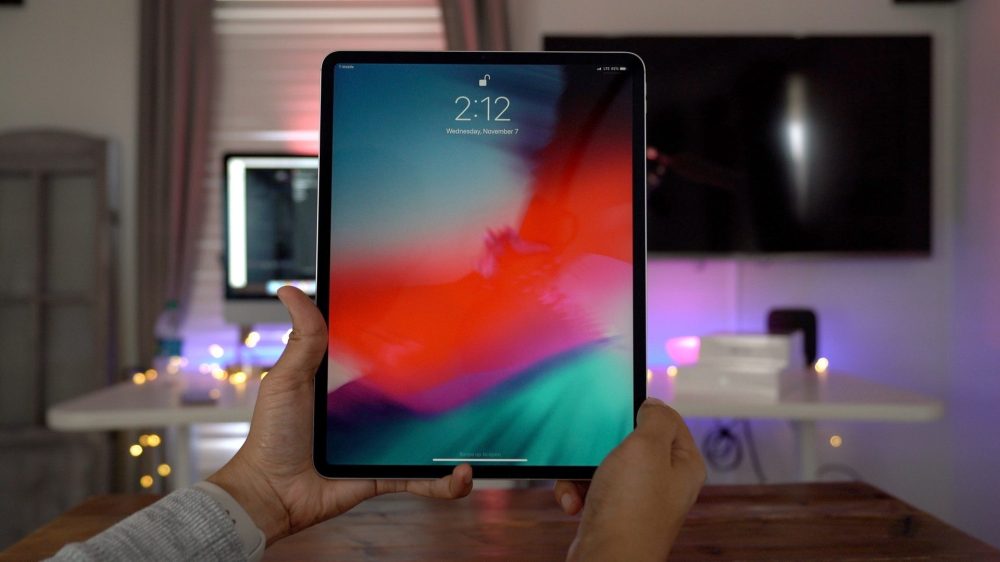 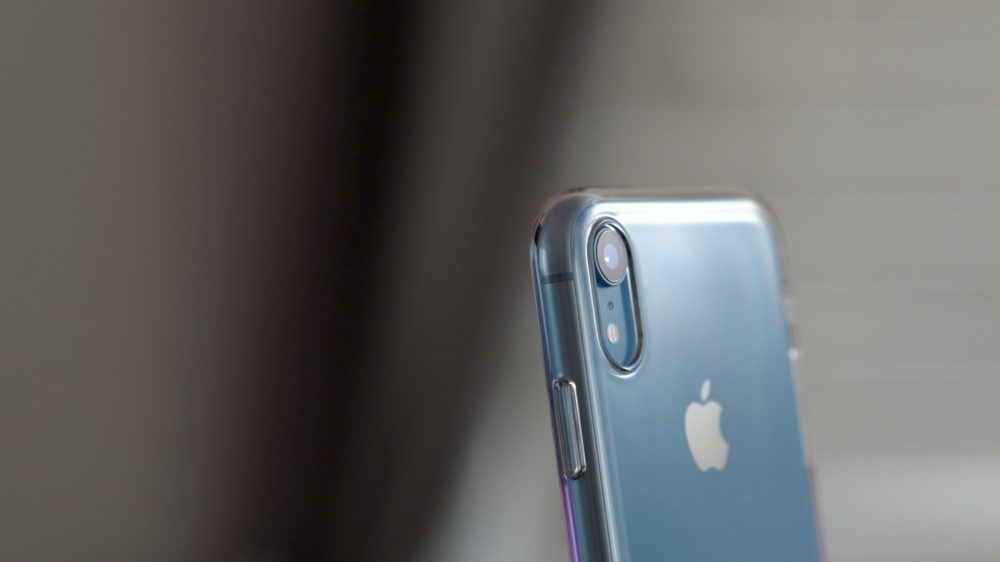 Rounding out the year, December has been a surprisingly busy month for Apple. The company started the month by releasing its long-awaited clear case for the iPhone XR. That same day, Apple also started selling its 18W power adapter as a standalone purchase.

2018 has been a big year for Apple. While things like product delays and concerns about overpriced devices remain, the products Apple did get to market have been well-received. Apple released major updates to its iPhone, Apple Watch, and Mac lines this year, and there’s a lot still to come in 2019. Of course, the elephant in the room is AirPower and its accompanying AirPods wireless charging case.

Be sure to stay tuned later this week for our full report card for Apple’s 2018 performance. What do you think of Apple’s 2018? How would you rate the company’s performance? Let us know down in the comments.