Tim Cook today published a letter addressed to Apple investors in which he announced that Apple is revising its guidance for its first quarter of fiscal 2019 — i.e. Apple’s 2018 holiday quarter. There is a lot to break down in the letter, but here are four key things to take away…

A good portion of Tim Cook’s letter focuses on Apple’s issues in China, which the Apple CEO attributes in large part to the ongoing trade war between China and the United States. While Cook first notes that the government-reported GDP growth during the September quarter in China was the second-lowest in the last 25 years, his main focus is on trade.

Here is what Cook wrote:

We believe the economic environment in China has been further impacted by rising trade tensions with the United States. As the climate of mounting uncertainty weighed on financial markets, the effects appeared to reach consumers as well, with traffic to our retail stores and our channel partners in China declining as the quarter progressed. And market data has shown that the contraction in Greater China’s smartphone market has been particularly sharp. 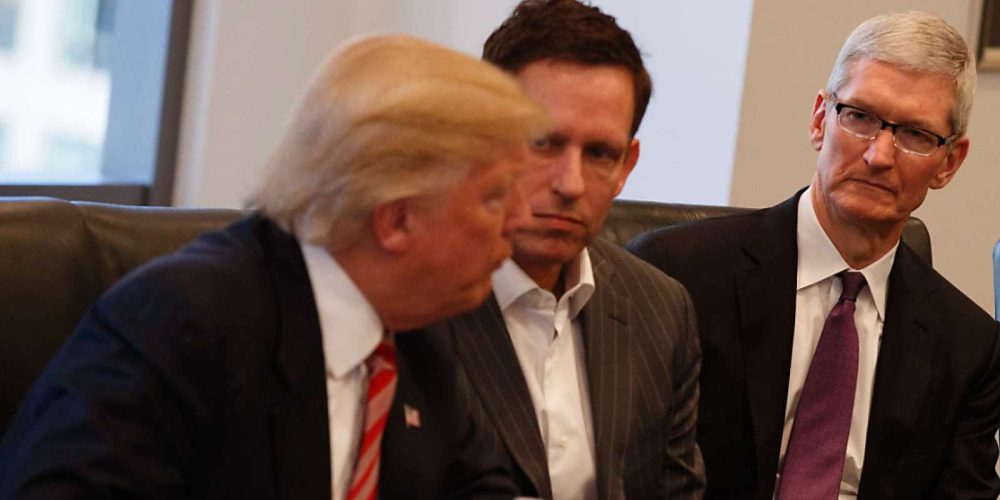 Seemingly, Apple is blaming the US vs China trade war – initiated strategically by President Trump – for its own struggles in China. Of course, Apple isn’t the only company facing the effects of the trade war – and Cook even acknowledges that the smartphone market as a whole is down in China.

….I am a Tariff Man. When people or countries come in to raid the great wealth of our Nation, I want them to pay for the privilege of doing so. It will always be the best way to max out our economic power. We are right now taking in $billions in Tariffs. MAKE AMERICA RICH AGAIN

Later in the letter, Cook acknowledges that Apple “can’t change macroeconomic conditions,” and that’s especially true about the effects of the trade war on Apple’s performance in China. Apple has repeatedly outlined the effects a trade war would have on its business, and this is seemingly some of those effects coming to fruition — unfortunately it didn’t foresee these effects when it released its last quarterly forecast.

This the fourth consecutive quarter of double digit growth in China. There are lots of good things happening in China. In terms of tariffs themselves, our view is that they show up as a tax on the consumer and wind up resulting in lower economic growth and sometimes can bring about unintended consequences.

Like Cook says, there’s nothing Apple can do about battling macroeconomic conditions beyond lobbying the administration to make different decisions. I don’t think Apple’s problems in China are solely due to the trade war, though, as easy as it is to use as blame. In a piece titled “Apple’s China Problem” published in May 2017, Ben Thompson outlined the problems Apple was facing in China at the time – and many still hold true today.

Ultimately, some of Apple’s problems in China will (hopefully) resolve themselves as time progresses – but there’s still more the company needs to do in China to fully capitalize on the market there.

Perhaps there are more China-specific strategies Apple could take in the regions — i.e. the physical dual SIM feature on new iPhones — that don’t apply to the U.S. market. 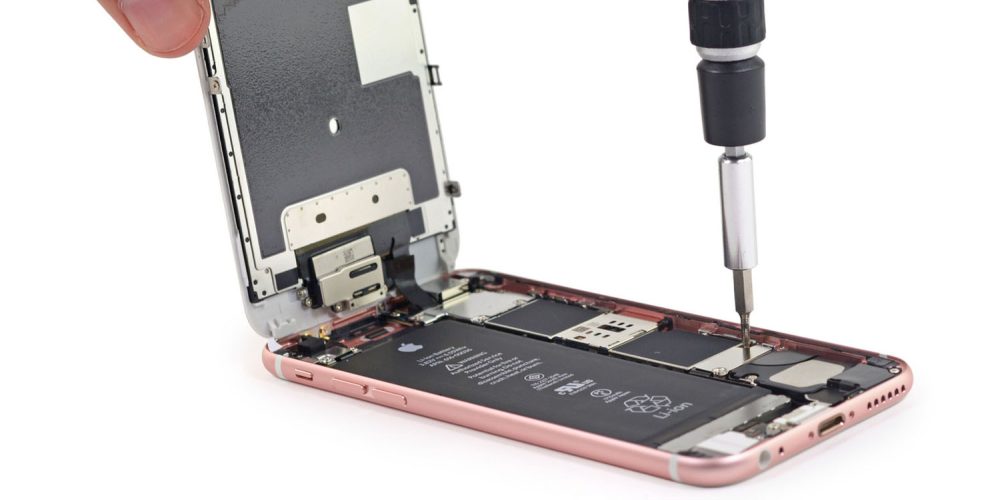 One of Cook’s more interesting comments related to how the $29 iPhone battery replacement program potentially affected iPhone sales during the quarter.

While macroeconomic challenges in some markets were a key contributor to this trend, we believe there are other factors broadly impacting our iPhone performance, including consumers adapting to a world with fewer carrier subsidies, US dollar strength-related price increases, and some customers taking advantage of significantly reduced pricing for iPhone battery replacements.

The thing to note here, though, is that the battery program is over, having ended on December 31st, 2018. The effects of the battery replacement program aren’t going to magically go away; there are still plenty of people out there with a brand new iPhone battery – and iOS 12’s improved performance on older devices reduce the need to replace older iPhones as much.

While the battery program likely did take a bite out of iPhone upgrades in 2019, it’s not a trend that will continue. In reality, it likely just delayed customers from upgrading in 2018, but so long as they stay in the iPhone ecosystem, they’ll upgrade at some point down the road. Even if they stick with their current device, they’ll continue to contribute to Apple’s Services business. 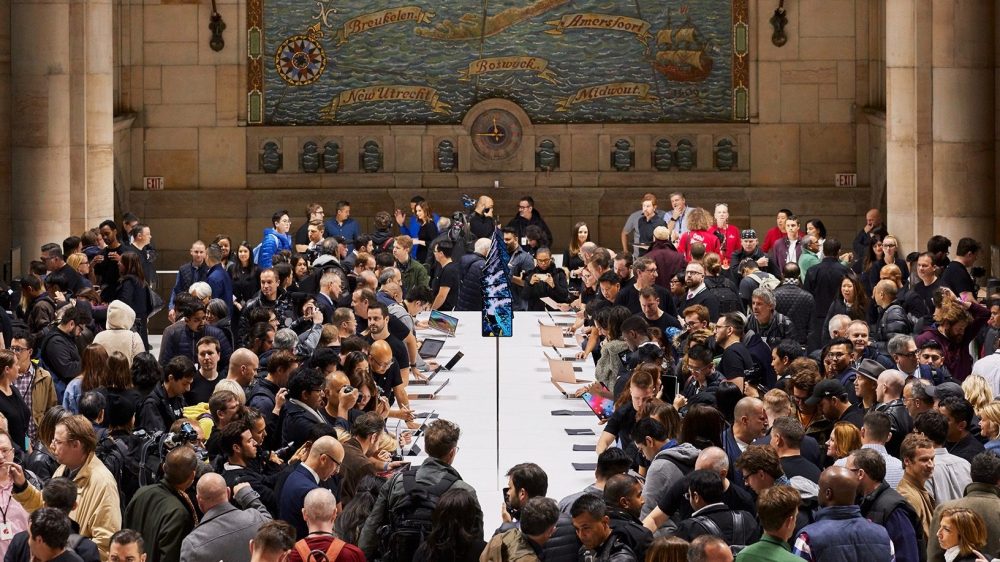 This is an interesting one to me — in part because Apple has the most control over this factor. Apple had an incredibly busy end to 2018 – launching the iPhone XS, iPhone XS Max, Apple Watch Series 4, iPhone XR, iPad Pro 11-inch and 12.9-inch, MacBook Air, and Mac mini all within two months.

We knew we had an unprecedented number of new products to ramp during the quarter and predicted that supply constraints would gate our sales of certain products during Q1. Again, this also played out broadly in line with our expectations. Sales of Apple Watch Series 4 and iPad Pro were constrained much or all of the quarter. AirPods and MacBook Air were also constrained.

Apple says this all “played out broadly” in line with its expectations, but it’s a strategy that you could argue would not hurt to adjust. While Apple loves to launch new products in the lead up to the holiday shopping season, it’s clear that the strategy has less-than-ideal effects on its overall supply chain — and this isn’t even close to the first time this has happened (see iMac redesign around 2012 and AirPods debut in 2016).

Lastly, Tim Cook noted that one of the things Apple is doing to improve its performance is offering trade-in promotions to entice customers to upgrade:

One such initiative is making it simple to trade in a phone in our stores, finance the purchase over time, and get help transferring data from the current to the new phone. This is not only great for the environment, it is great for the customer, as their existing phone acts as a subsidy for their new phone, and it is great for developers, as it can help grow our installed base.

Whether you like this strategy or not, it has the potential to significantly help iPhone sales for Apple. It’s a program that Apple started pushing towards the end of Q1 2019 — first launching in the US at the end of November then reaching retail in other regions at the end of December — so we likely haven’t seen its full effect on iPhone demand yet. The full effects could be seen in Q2 2019, at which point we’ll be able to draw more conclusions about its success.

Part of Apple’s push towards Services is turning the iPhone hardware itself into a Service.

Whether it’s the iPhone Upgrade Program or trade-in promotions, the goal is to get people into a yearly upgrade rhythm directly through Apple — especially as carrier upgrades on two year contracts are replaced by monthly subscription plans. Legacy plans made $649 iPhones look like $199 iPhones; new plans tend to show the iPhone’s full price broken down by monthly payments. Perhaps Apple should consider a two-year upgrade plan modeled after legacy carrier plans?

As we inch closer to the 2019 iPhone release, it’s going to be interesting to see Apple’s long-term plans with iPhone trade-in. Unless it wants to take a loss on the whole process, it’s going to have to adjust trade-in values of older devices back down as time progresses. The current boosted values are marketed as a limited time, but only recently launched in most regions.

There’s a lot to digest in Tim Cook’s letter to investors. While much of it focuses on the effects of foreign headwinds – like the trade war with China – there are clearly other factors that plagued Q1 for Apple as well. While the discounted iPhone battery program is no more, the iPhone trade-in program has only recently hit its stride with Apple’s aggressive marketing campaign, and only time will tell how successful it ends up being.

What do you think of Cook’s letter to investors? Let us know in the comments.