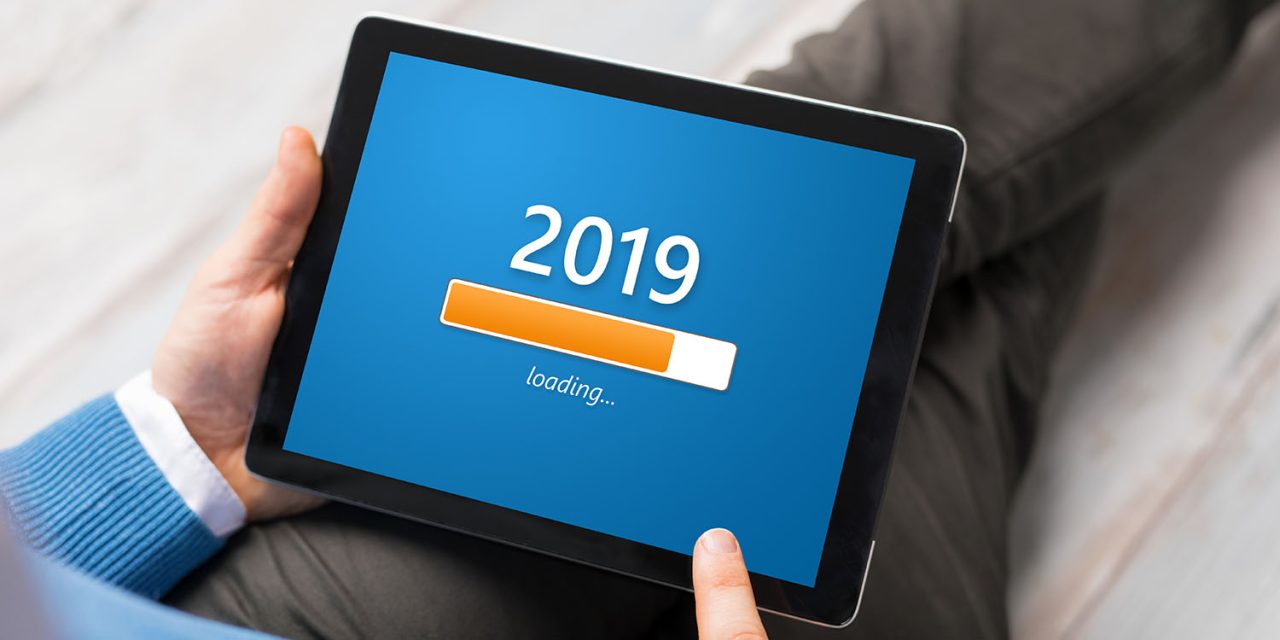 The start of a new year may be an arbitrary point in our planet’s orbit of the sun, but it can be a handy reminder to pick up some new good habits or drop some bad ones.

A few years ago, I suggested a few tech-related new year’s resolutions, and I thought it would be timely to revisit these and make some additional suggestions …

The suggestions I made before remain valid:

I did this back in 2011, and there’s an enormous sense of freedom in getting rid of masses of paper – not to mention reclaiming the space it occupied. Check out my how-to-guide.

Get rid of old apps you no longer use, movies you’ll never watch again and documents which are now irrelevant. I’ll talk more about this below.

A bulging email inbox creates a small amount of ever-present background stress – a sense of things you ought to do. Zapping the ones you’re never going to take action on, and organizing the rest, can really create a sense of relief.

Last time I mostly talked about a solid backup strategy – something as important as ever – but I’ll talk more below about protecting your online services and identity.

The idea of a digital clear-out is especially valuable for those who create videos. Video takes up a huge amount of storage, and it’s not unusual to shoot ten times as much footage as you use in the final edit, so that’s a lot of clutter in your project folders.

Different approaches will make sense for different people. As an occasional video maker, I had a lot of footage still sitting on my MacBook Pro for no good reason. Between video files and Final Cut Pro X bundles, almost half a terabyte in total. There was nothing on which I was actively working, so I’ve offloaded it all to a series of external drives (one main copy, two backups).

For a regular film-maker, especially someone who has stock footage sitting around that you may want to use on upcoming projects, it may make sense to have some of it on your main Mac. But whatever your situation, the chances are that you can free up space on either your Mac or external drives by zapping things you’ll never use again.

Digital inventory for creators of all kinds

Whether you’re a film-maker, photographer, writer, artist, app developer – or anyone else who creates – it’s a pretty safe bet that you have all kinds of half-completed projects, fragments, jottings, notes, ideas and so on scattered around your devices.

One really useful thing I’ve found is to carry out an inventory of these from time to time. Dig into all those folders and notes files and see what you have in there.

You may have idly jotted down an idea for something years ago that you then forgot all about, and whose time has now come. That might be because the concept inspires you more now than it did then, because you’ve since learned new techniques that can better exploit it, or simply because you’re a different person now and have a new take on it.

Equally, there may be things on which you were half-heartedly working that, honestly, no longer interests you enough to justify the time and effort. You may not want to actually zap any of this, in case it inspires you later in life, but certainly offloading it to an archive can free up some mental space – not to mention time – for new projects.

Protect your data and identity

I talked last time about the importance of backups. My mantra here is: a document doesn’t exist unless it’s in at least three places, one of them off-site. My minimum is a main copy on my Mac, a Time Machine backup and a mirrored copy on an online service like iCloud or Dropbox. For important things, I have additional copies – for example, drive clones. When travelling, I carry a small external SSD as a temporary backup drive. When working in a coffee shop, I copy my work to a USB key on my key-ring at the end of the session.

But it’s never been more important to protect your online data – and your identity. You should, of course, use a password manager to ensure that you have strong, unique passwords for all your online services. And switch on two-factor authentication for services which offer it.

For my most sensitive accounts – bank accounts, PayPal and so on – I memorize complex passwords so that they aren’t even stored in a password manager. There are various memory tricks for doing this.

One such is to memorize a sentence (perhaps from a favorite novel) and then use the first letter of each word. For example, it’s far easier to memorize ‘It is a truth universally acknowledged, that a single man in possession of a good fortune, must be in want of a wife’ than it is to remember ‘Iiatua,tasmipoagf,mbiwofw.’ Combine that with a similar trick for some numbers, punctuation and other symbols and you have an easily remembered complex password.

Finally, if you have ever handed over real personal data to a website that has no need of it, I recommend editing this to a fake version. Things like date and place of birth or mother’s maiden name are valuable tools for identity thieves. I only ever use my real date of birth for government services and banks: all other websites that ask get a fake one.

Set some health-related goals and use tech to help

It’s of course traditional to begin the new year with a determination to lose weight or get fitter, and the great news here is that there’s never been an easier time to get help from your technology.

But you can also enlist some tech help in addressing mental as well as physical health, whether it’s using an Apple Watch to ensure you get enough sleep, or FaceTime to stay in touch with distant family and friends. Zac wrote a really inspiring piece all about this.

Sell, give away or repurpose old hardware

Most techies have some old hardware tucked away in a drawer or cupboard somewhere. Chances are, that’s technology which could be useful to someone else.

Sometimes, of course, you want backup kit. For example, since buying my 2016 MacBook Pro, I never use my now-elderly MacBook Air. But since I can’t work without a Mac, I keep it on hand – with all my apps configured – just in case. It has once been pressed into action. Similarly, some people hold onto an old iPhone as a backup.

But if you have kit you’ll never use again, it’s worth digging it out and selling it or giving it away to someone who will appreciate it – or repurposing it in some way. Here are a few ideas for repurposing old Apple kit:

With a bit of imagination, and a suitable app, there are all kinds of ways of reusing old devices.

I’m taking my own advice here for tech new year’s resolutions. I already did the digital clear-out, have a digital inventory of writing and video projects planned, and have already started offloading some old tech.

If you have your own tech-related new year’s resolutions, or will be adopting any of my suggestions, let us know in the comments.