Comment: The hole punch on the Galaxy S10 proves the iPhone’s notch is the better design [Poll] 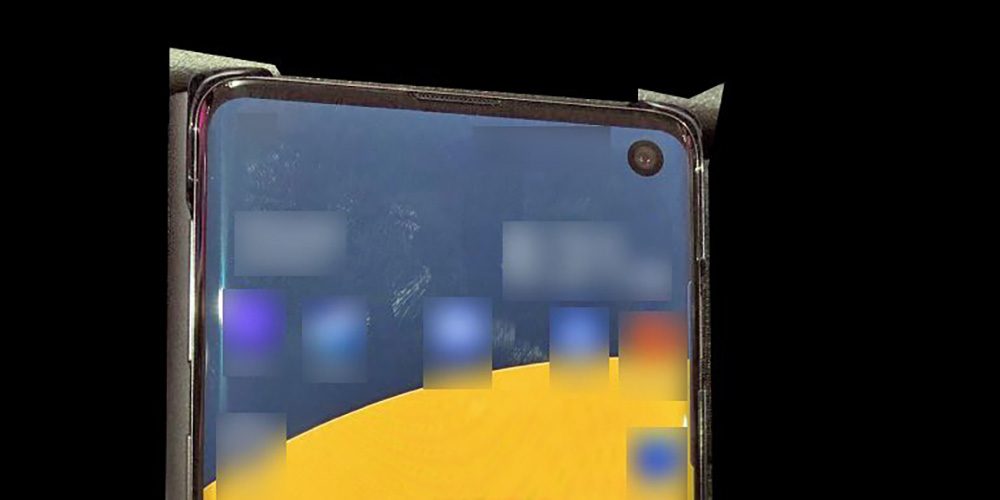 Earlier this week, our friends over at 9to5Google reported on the first real-life image of the Samsung Galaxy S10. The image shows the Galaxy S10 with a near edge-to-edge display, but instead of a notch cutout like the iPhone, Samsung is using a hole punch cutout in the upper-right corner…

The Galaxy S10 marks Samsung’s first take on the “edge-to-edge” display design. The Galaxy S9 featured Samsung’s “Infinity Display” technology, but there were still large bezels along the top and bottom of the device.

In comparison to the notch of the iPhone X series devices, the hole punch cutout on the Galaxy S10 seemingly takes up less screen real estate. The question, however, is which is a more functional design. It’s somewhat hard to say without having seen the Galaxy S10 in person, but I still lean towards preferring Apple’s design approach with the notch. This is for several reasons.

First, there are numerous benefits to having the front-facing camera relatively centered on the device. With the Galaxy S10’s cutout, the camera is off to the side, which is not only an eyesore but could also have functional implications. The iPhone X’s camera isn’t perfectly centered, but it’s still far closer than the Galaxy S10’s.

Further, the notch blends in with the upper bezel on the iPhone X, this means there’s one curved cutout that houses the front-facing camera, Face ID technology, and speaker. On the Galaxy S10, there’s a small bezel along the top where the speaker is crammed in, as well as the circular cutout for the camera in the upper-right. In my opinion, this actually makes for a more distracting design than the notch.

In terms of software design, I’m inclined to think that it is far easier to create interfaces that adapt to a notch rather than the circular cutout. The notch is generally pretty easy to adapt to in design, but the circular cutout leaves wasted space along the top and edges of the display.

In reality, I don’t think there’s any chance Apple moves away from the notch until it is able to achieve a complete edge-to-edge design. iOS and its expansive App Store have already been adapted for the notch, and the hole punch cutout provides no benefit, at least in my eyes.

Further, neither the notch nor the hole punch approach is a perfect design. Ideally, we’re moving towards completely bezel-less smartphones, with these designs serving as stepping-stones.

In case you’re wondering what an iPhone with a similar hole punch design would look like, here is a render for reference:

What do you think? Do you prefer Samsung’s hole punch cutout on the Galaxy S10 or the notch on the iPhone X series? Let us know in the poll below and elaborate down in the comments!