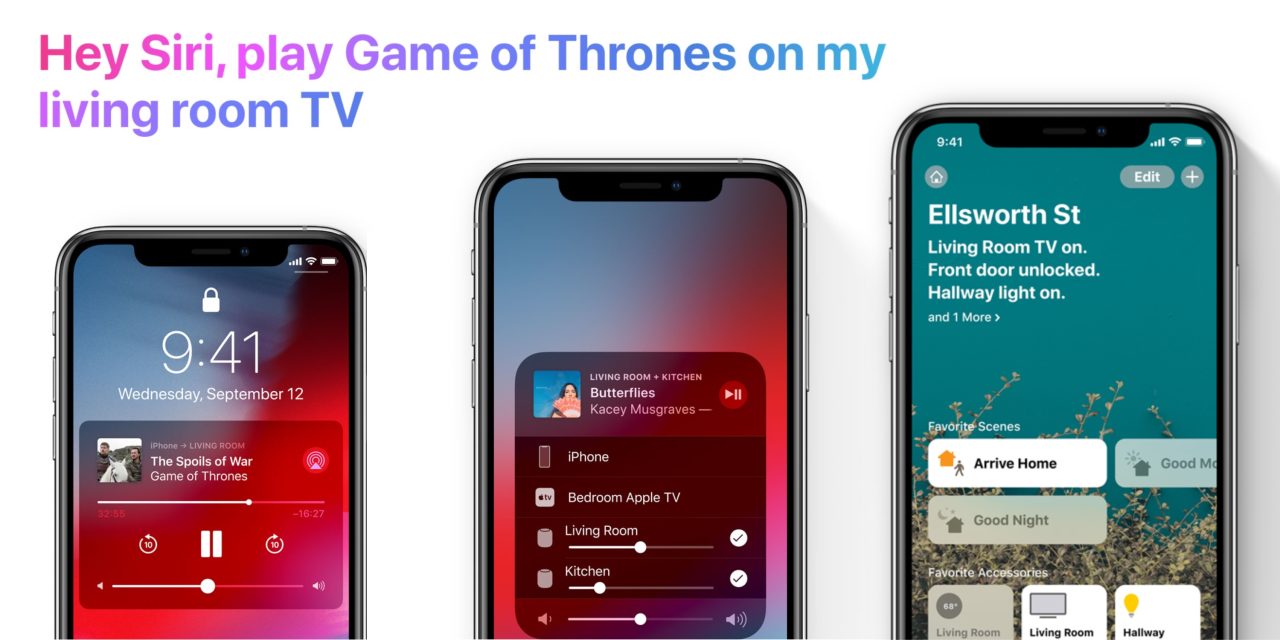 Following the Samsung Smart TV announcement earlier today (and now Vizio), Apple has updated its AirPlay page to give a bit more detail on the newly-unveiled AirPlay 2 integration with television sets. Apple says AirPlay 2 will be available on TVs by leading manufacturers, suggesting more manufacturers beyond Samsung will be announcing their support.

The Apple page notes all the new AirPlay 2 videos features are ‘coming soon’, whereas Samsung gave a more fine-grained time window of the ‘spring’.

Most significantly, the reference to other manufacturers means the deal is not exclusive to Samsung Smart TVs.

Similar to how third-party AirPlay 2 speakers (like the Sonos One) show up in the Home app, compatible AirPlay 2 TVs get their own tile and are assigned a HomeKit room. This allows the device to be treated as a HomeKit accessory, and the status of the TV is visible from the Home app.

The HomeKit integration also enables some degree of Siri voice control. Apple says that users will be able to tell their iPhone to ‘play Game of Thrones in the living room’ and the AirPlay 2 TV in the living room will wake up and load the requested content. It’s unclear at this point what media sources Siri can use to initiate content playback with. (A similar feature for audio AirPlay 2 only interfaces Siri with Apple Music, not any third party music apps.)

When AirPlaying video content, users can control their TV playback and volume using contextual controls on iOS, from Control Center or the lock screen.

Aping features that were previously exclusive to Apple TV, AirPlay 2 smart TVs will become output destinations for video mirroring, screencasting from an iPhone, iPad or a Mac on the same network.

AirPlay 2 video streaming will not work with multi-room. However, you can include the TV as an audio output as part of a multi-room playback session.