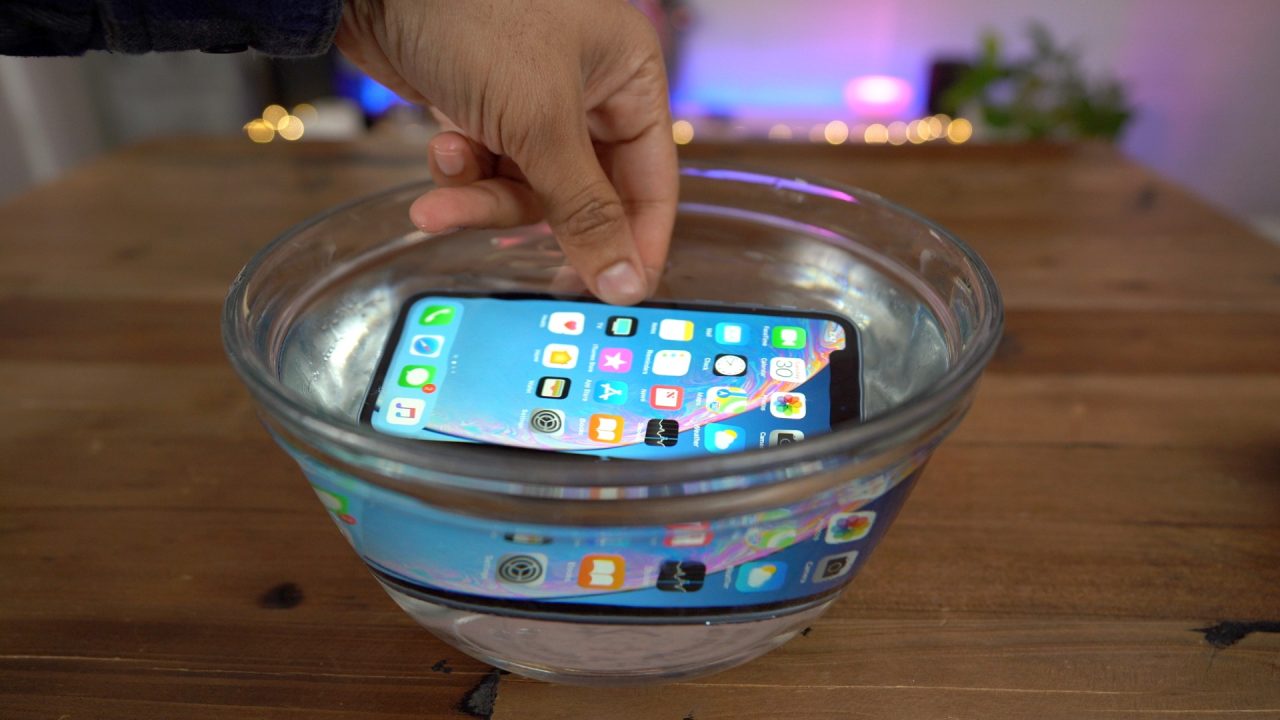 Following Apple’s revision to its Q1 2019 earnings last week, The Wall Street Journal is out today with a report exploring how the iPhone XR is the “phone that’s failing Apple.” While the report says it’s too early to call the iPhone XR a “flop,” it’s hard to deny the struggles the device is facing.

The report explains that with a sticker price of 6,499 yuan, or roughly $945, many consumers in China simply find the iPhone XR too expensive. That sticker-shock is despite the fact that the iPhone XR is 25 percent cheaper than the iPhone XS and iPhone XS Max.

Further, the “flagship” features of the iPhone XR, such as Face ID, dual-SIM support, and its edge-to-edge design, are available on other smartphones in China at far lower prices:

Li Derong, a Shanghai-based programmer, said he is thinking about changing his iPhone 7 to Huawei Mate 20 Pro. As he browsed at a mobile phone shop, Mr. Li said the iPhone is “overpriced,” even though he thinks its ecosystem is great. Huawei’s battery and camera perform well. The Mate 20’s chipset makes it good for playing games, he said.

The WSJ, citing data from Canalys, also shows how Apple’s market share in China has fallen over the years. As you can see in the chart below, this is largely due to increased competition from the likes of Huawei and Vivo. 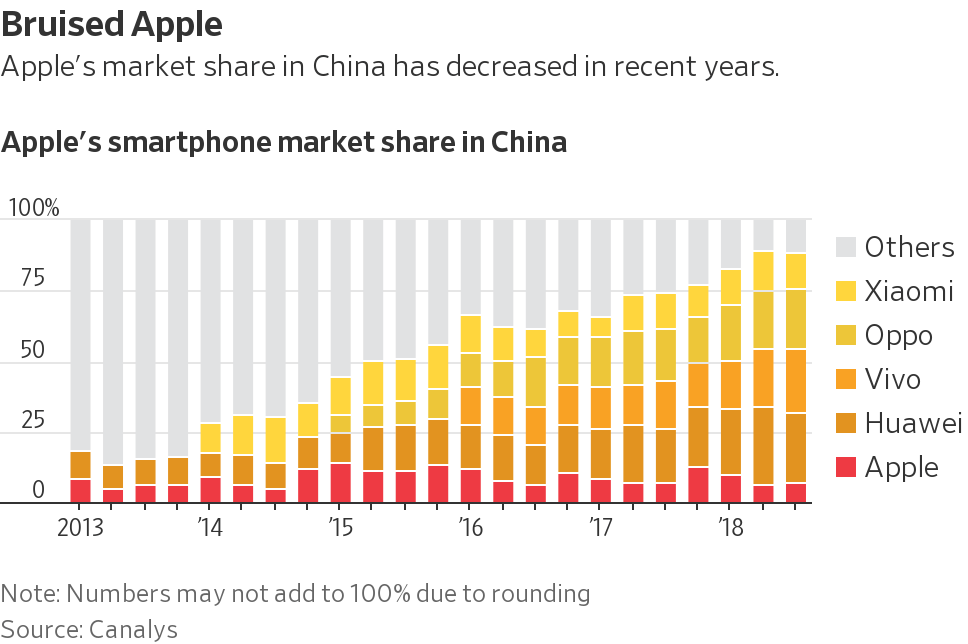 Citing analyst Tim Arcuri of UBS, the report also explains that Apple has simply manufactured too many iPhone XR units:

By analyzing procurement data and talking to suppliers, UBS analyst Tim Arcuri estimated as of October that Apple planned to have roughly 45% of all new iPhones made be XRs world-wide.

“They just built too many XRs and people just aren’t buying them, particularly in China,” he said.

In his letter to Apple investors last week, Tim Cook pointed to currency headwinds as part of the challenge Apple faces in China. The WSJ notes that while the dollar has risen against the yuan, Apple has increased the local price of the iPhone XR in China to maintain margins:

Deepening the problem: Apple got hit by currency changes in China, Mr. Arcuri said. As the dollar rose against the yuan, he said he thinks Apple raised the local price of the XR to maintain margins, pushing it further above rival phones from Huawei Technologies Inc. and others with more features.

The full report from The Wall Street Journal is worth a read and can be found here.