At CES 2019, some nice updates have been announced for the smart shower system, U by Moen. The WiFi shower system is gaining improved Alexa functionality including support for Routines. The company has also promised HomeKit functionality to be landing sometime this quarter as well.

Moen shared the news at CES and detailed the updates in a press release.

At Moen, we’re committed to developing smart innovations that enhance people’s everyday experiences with water, and that innovation doesn’t stop once we’ve launched a product,” says Michael Poloha, group manager, IoT, Moen. “With the increasing popularity of digital voice assistants, we wanted to make sure consumers have several options available regardless of the smart home ecosystem they choose, as well as streamline the commands to make controlling your shower as simple as possible. 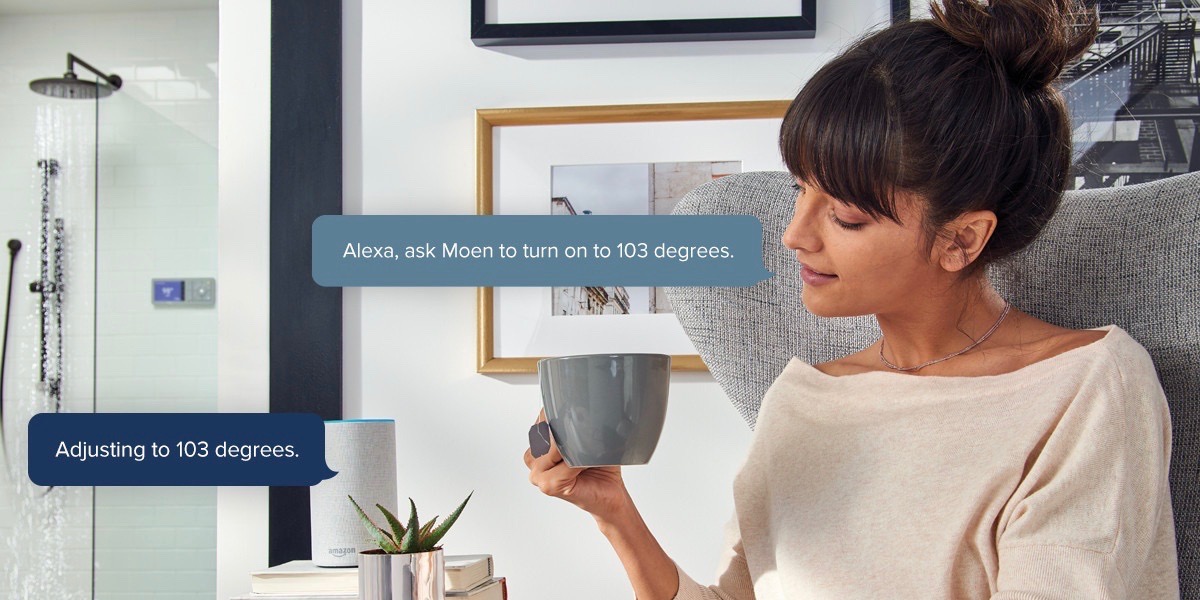 As for improved Alexa smarts, U by Moen is now a Smart Home Skill, which simplifies commands. You can also make use of Alexa Smart Home Groups and Routines.

Routines could be particularly useful with U by Moen. We covered how they work in our recent post on the 12 best Alexa features you may not know about. Add starting your shower to your preferred temperature this list:

Amazon recommends two pre-configured Routines: ‘Alexa, start my day’ and ‘Alexa, goodnight’. ‘Start my day’ can give you a weather and traffic report, read events on your calendar, and — with a little configuration — control smart home devices and play audio from Apple Music.

For example, when consumers say, “Alexa, start my morning routine,” starting the shower can be integrated with other actions like turning on the lights and opening the blinds.

More exciting news (assuming it launches on time) is that Moen says it will be the first to offer HomeKit support for the shower. The functionality is promised to arrive sometime in Q1. Support for Google Assistant is slated for Q2.

You can keep up with all of the latest product announcements from Las Vegas and check out our on the ground coverage with our CES 2019 Guide.