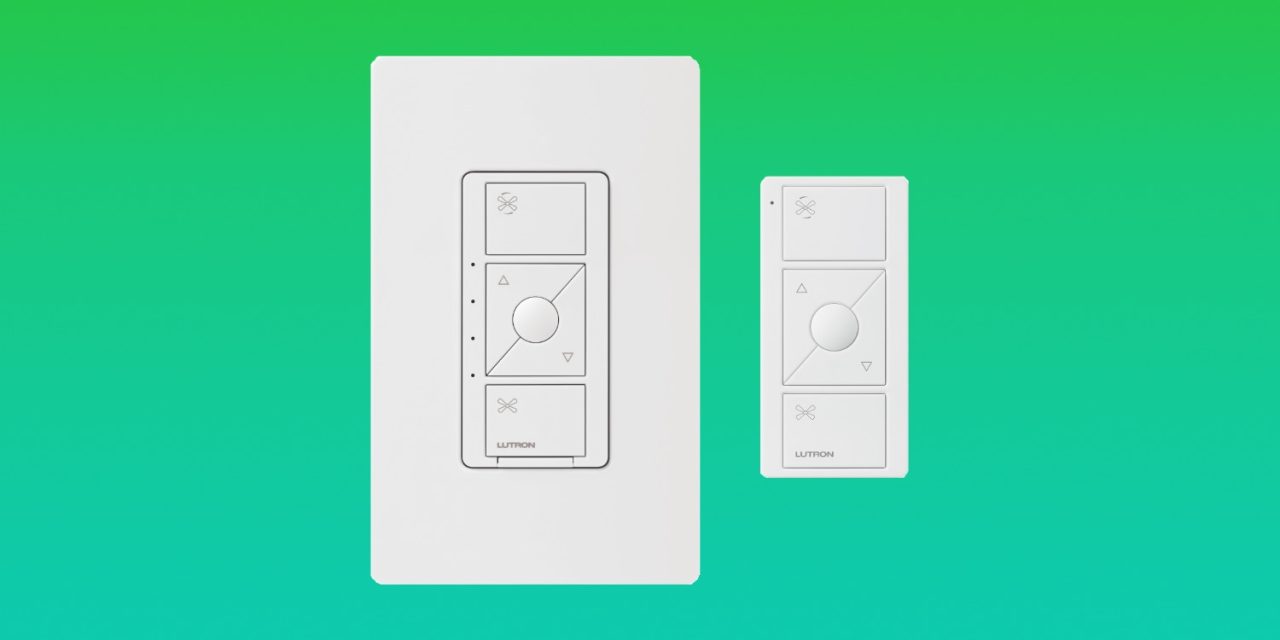 Update: Lutron has added that while HomeKit support won’t be available at launch, it does plan to add support in the future.

The highly-anticipated Caséta by Lutron fan speed control is easy to install and simple to set-up – making most ceiling fans “smart” and wirelessly adjustable within minutes. The fan control doesn’t require a canopy module and is easily added to the Lutron app, making it a quick 15-minute project.

This flexible new control has four fan speeds with the ability to set a favorite speed setting. It is easily integrated into Caséta scenes and schedules using the Lutron smart bridge and app. A goodnight scene, for example, could now include lights turning off, shades lowering, and fans set to medium speed.

Voice control works with Amazon Alexa or Google Assistant, but Apple HomeKit and Siri control won’t be available at launch and hasn’t been promised. You’ll still need a dedicated HomeKit ceiling fan if you want to go all in on HomeKit, but Lutron’s fan speed controller should be a big hit for Alexa and Google Assistant smart homes.

Like Lutron light switches, the new fan speed controller will optionally work with an additional remote that can be paired and mounted as a second switch or used as a coffee table or nightstand fan controller.

Lutron says the new fan speed controller and remote will retail for around $80 and $42, respectively, and launch in March.

Update: Here’s the new statement from Lutron on HomeKit support. It won’t be ready at launch alongside Alexa and Google Assistant support, but Lutron has HomeKit support on its roadmap:

Earlier this week, Lutron introduced a fan controller for its Caseta by Lutron product. We are pleased to report that HomeKit support for this product is forthcoming, with availability details being announced in the coming months.

HomeKit creates an easy and secure way for customers to control Lutron lighting and shade controls, and soon fan control, using the Apple Home app and Siri on iPhone, iPad, Apple Watch, Mac, and HomePod. The Lutron Caseta app was one of the inaugural apps introduced with the Apple Watch, and Caseta by Lutron was one of the first products supported by HomeKit.

The best new gadgets and gear from Las Vegas.