[Update: Shipping next month for $660] Robin Telecom claims to offer the first HomeKit enabled doorbell with its ProLine Doorbell 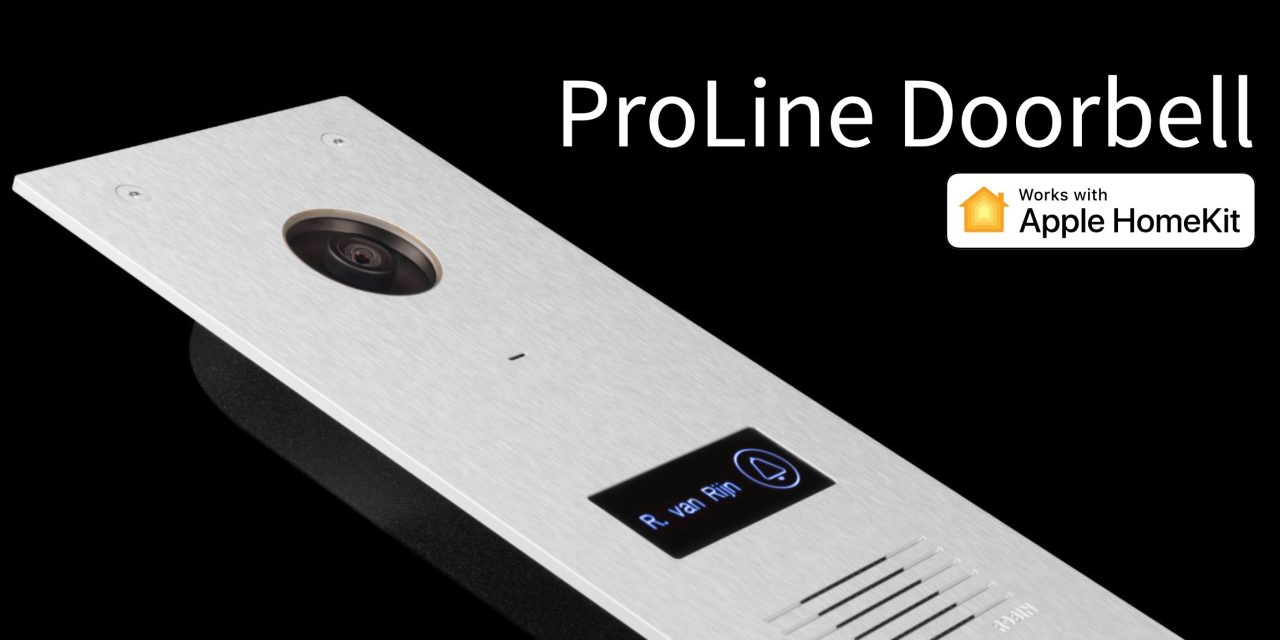 Robin Telecom, based in The Netherlands, has what looks like the first HomeKit doorbell approved by Apple. The company’s ProLine Doorbell also includes features like an all aluminum design, 130° field of view, HD video, and more.

Update 1/11: We’ve heard from Robin Telecom about pricing and release details for its ProLine Doorbell with HomeKit functionality. Apple has also added the doorbell category back on its HomeKit page, with the ProLine Doorbell being the first product to be listed.

Robin will indeed beat Netatmo to market with the first HomeKit video doorbell. However, Netatmo’s offering is expected to sell in the $200 range and will likely be the best choice for most consumers.

In contrast, Robin Telecom’s ProLine Doorbell will start shipping at the end of this month in Europe, Australia, South America, the Middle East and more at a pricey € 575 excl VAT / € 696 incl 21% VAT.

Robin will begin shipping the ProLine Doorbell in the US and Canada at the end of February priced at $660 excl VAT / $799 incl 21% VAT.

HomeKit support for smart doorbells has been a disappointing product category for the last few years. We’ve heard commitments from the most popular companies like Ring and August since 2016, with none of them able to follow through.

Just this week we heard about August’s upcoming View smart doorbell, but it looks like it won’t offer HomeKit support.

However, the hold up may have been due to issues at Apple rather than third-parties. Last summer, the company removed the entire doorbell category from its HomeKit accessory list.

It looks that is set to change soon. Robin Telecom has launched a page on its website promoting the ProLine Doorbell with the “Works with Apple HomeKit” branding. We’ve reached out to Robin asking about more details on pricing and a release window, but haven’t heard anything yet. We’ll update this post as soon as we do.

As for what we do know beyond the alleged HomeKit support, is the ProLine Doorbell will feature an aluminum build, 130° field of view, HD quality video, and a name label with backlight.

The company has a webform you can sign up to receive more info about the doorbell as it becomes available.

Are you looking to pick up a HomeKit doorbell? Do you like the industrial build of Robin’s ProLine Doorbell? Share your thoughts in the comments below!