[Update: Back in stock] Buy iPhone SE for $249 at Apple Clearance whilst stocks last 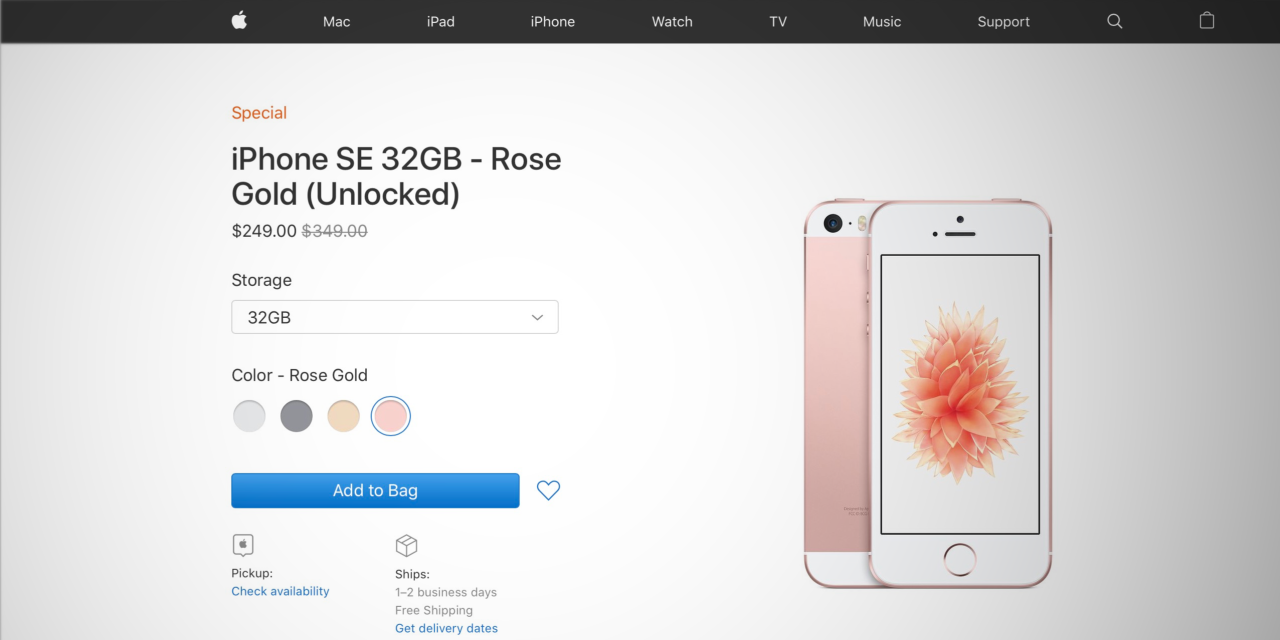 Whilst stocks last, Apple is listing the iPhone SE for $249 on its clearance site. Apple stopped selling the iPhone SE last September, and all new products feature home-button-less designs with larger screens …

Update 1/23: After going out of stock quickly last weekend, the iPhone SE is now available again. Buy quick if you want one.

If Apple sells out of what appears to be the last remaining stock of iPhone SE outside of India (where Apple is domestically producing phones just for that market), don’t fear.

Third party retailers continue to sell iPhone SE at quantity, often at even cheaper prices than what the Apple Clearance Store can offer.

You can get an iPhone SE from Amazon for $150 and eBay continues to list factory unlocked new iPhone SE models in various configurations under $200.

As much as people covet that particular form factor, the SE represents a bygone era. Modern iOS design relies on interface controls that are clearly designed with larger screen hardware in mind.

Even common UI like the status bar items are often truncated to fit on a screen that is so constrained on horizontal and vertical space.

It is possible that Apple releases an iPhone with a smaller than 5.8-inch screen in the future, but it’s incredibly unlikely that it will return to screens as small as 4-inches. Arguably, what Apple needs is another $350 modern iPhone, not a 4-inch display modern iPhone.