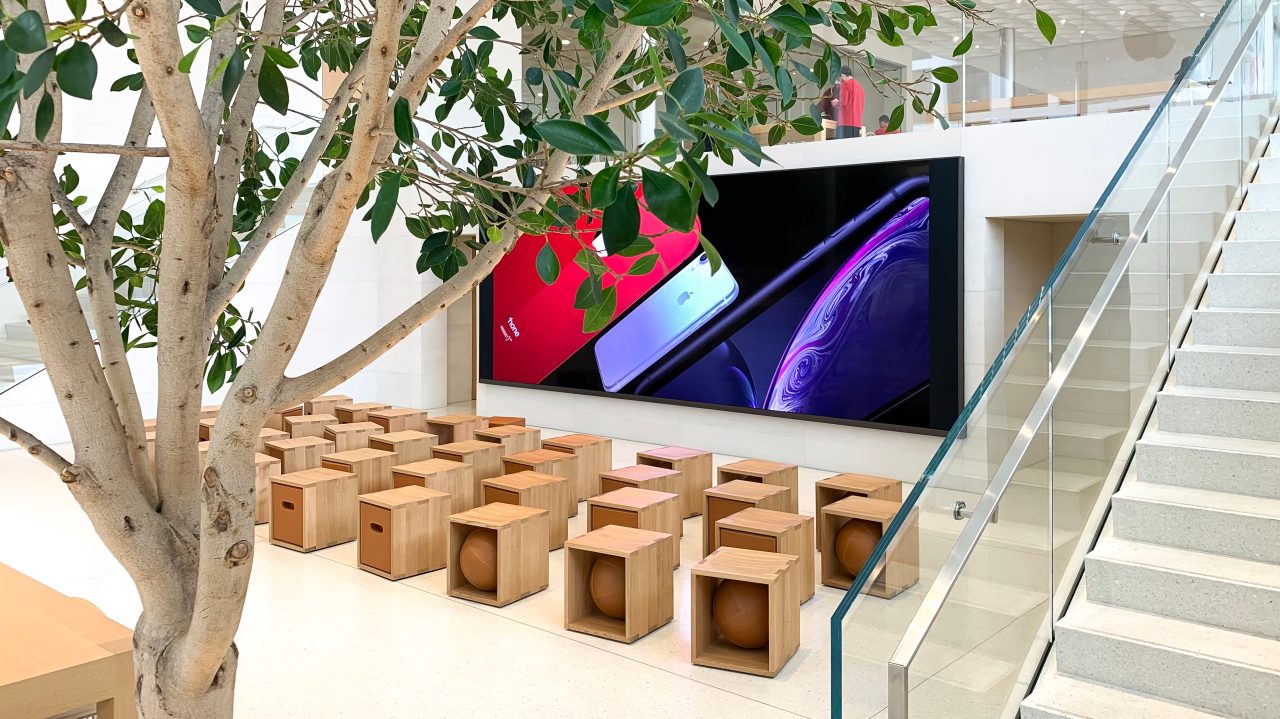 Ahead of the launch of a new schedule of Today at Apple sessions and the upcoming grand opening of Apple Carnegie Library in Washington, D.C., Vogue Business checked in with Apple Retail SVP Angela Ahrendts to learn more about the company’s thoughts on the future of brick and mortar stores and the importance of experiential retail.

Since leaving Burberry to join Apple five years ago, Ahrendts has completely transformed Apple stores into cultural landmarks for the communities they reside in. No longer just sleek showrooms for Apple’s product portfolio, the stores now celebrate creativity, architecture, and learning. Vogue Business notes that all of this was accomplished while other retailers continue to struggle to make physical stores work at all. Nearly 10,000 stores in the U.S. have closed since 2017. Apple has closed just four across the globe in the same time.

Part of the reason Apple has been able to succeed offline is best embodied through its latest flagship stores, says Ahrendts:

We are now opening fewer, larger stores so that you can get the full experience of everything that’s Apple.

It’s true, Apple opened just nine new store locations in 2018, choosing instead to remodel some of its existing fleet of nearly 400 classic locations. Washington, D.C.’s historic Carnegie Library store will be the first newly designated store to open in the United States since Apple Downtown Brooklyn in December 2017. Ahrendts offered more background on the upcoming space:

A few years ago I sent a photo to Tim [Cook, chief executive of Apple] saying there’s this library that Apple could turn into a community space,” she explains. “Carnegie envisioned it years ago when he had the reading room. For Apple, we’ll have field trips with busloads of kids; or they will be coming in learning to code every morning. It’s a different type of investment.

Ahrendts also notes that while Apple’s profits come chiefly from iPhone sales, retail stores often see the most success from customers looking to pick up a Mac. Since Apple accounts for its stores in terms of brand impact rather than just profitability, the most successful location is not necessarily the one with the most sales. This allows Apple the freedom to try bold store designs in increasingly ambitious locations without the continuous pressure of optimizing first for profits per square foot. 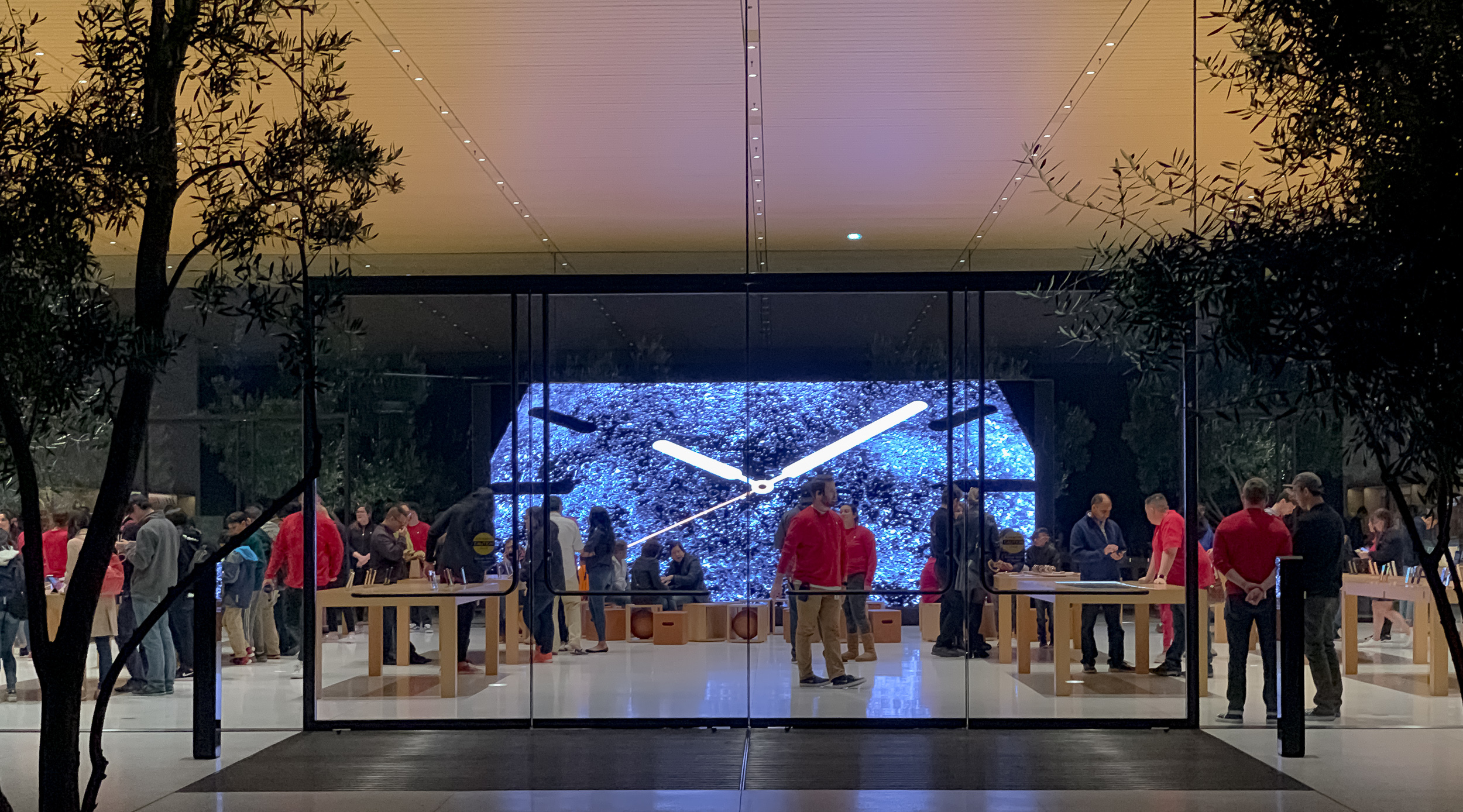 Larger, brighter, and more beautiful stores matter little if they are culturally bankrupt. This is why Today at Apple is a critical component of Apple’s retail story. Often overlooked in technology circles but embraced by creative professionals and customers across the globe, the series of educational programs helps people discover new skills and ways to use their Apple products. The program is so important, in fact, that Apple has spent months developing new content and teaching it to its team of Creative Pros in every store.

Without the dedication of Apple’s team of 70,000 retail employees, Today at Apple couldn’t succeed. It’s only by truly believing in the mission of enriching the lives of others that the sessions can feel genuine and offer something deeper than a marketing pitch for the latest iPhone. According to Ahrendts, the team stays motivated through good communication:

At 506 stores around the world, Apple staff start their day with an app called Hello, which briefs them on the most important “need to knows” of the day, often featuring videos from Ahrendts and her team. A second app, Loop, functions as an internal social network where staff can share learnings with each other. “Someone might be selling more phones than anybody else and we ask them to share that on a 20-second video on Loop,” Ahrendts explains. “We use auto-translate and everybody in the world can see what Tom in Regent Street is doing. It’s a huge unlock, just getting all the stores to talk to one another.

Since beginning to survey Today at Apple session attendees in late 2017, Ahrendts says the response rate has been 96 percent. This stream of data helped, in part, to shape the new session content that will soon roll out at all stores worldwide, including Apple Carnegie Library when it opens this spring. You can check out the full interview with Angela Ahrendts in Vogue Business, and stay tuned for more on Today at Apple’s new sessions soon.