Back in the summer we went hands-on with Pioneer’s budget-minded MVH-1400NEX CarPlay head unit (review). What we found was an excellent no-frills aftermarket head unit with a clean design.

The MVH-1400NEX with its ~$300 entry-level price point was nice, but it lacked wireless CarPlay capability, which made it a non-starter for users desiring a wire-free experience. Enter Pioneer’s ~$800 AVIC-W8400NEX, a truly wireless CarPlay aftermarket head unit. Is it worth paying more for wireless connectivity?

Like the previous 1400NEX CarPlay installation, I had the W8400NEX installed in my 2012 Toyota. As I’ve lamented about before, Toyota included an absolutely horrific stock head unit with a slow, resistive touch screen. Although I prefer keeping a stock look in my vehicle, almost anything proves superior to the built-in head unit with Toyota’s weak Entune interface.

I used the same shop that installed the prior unit to install the W8400NEX. Installation took a little bit longer than before, but again, all of the major boxes were checked: backup camera, steering wheel controls, etc. Like before, there’s a little microphone installed above my rear view mirror for Siri voice control. It’s not the cleanest looking install, but it works. 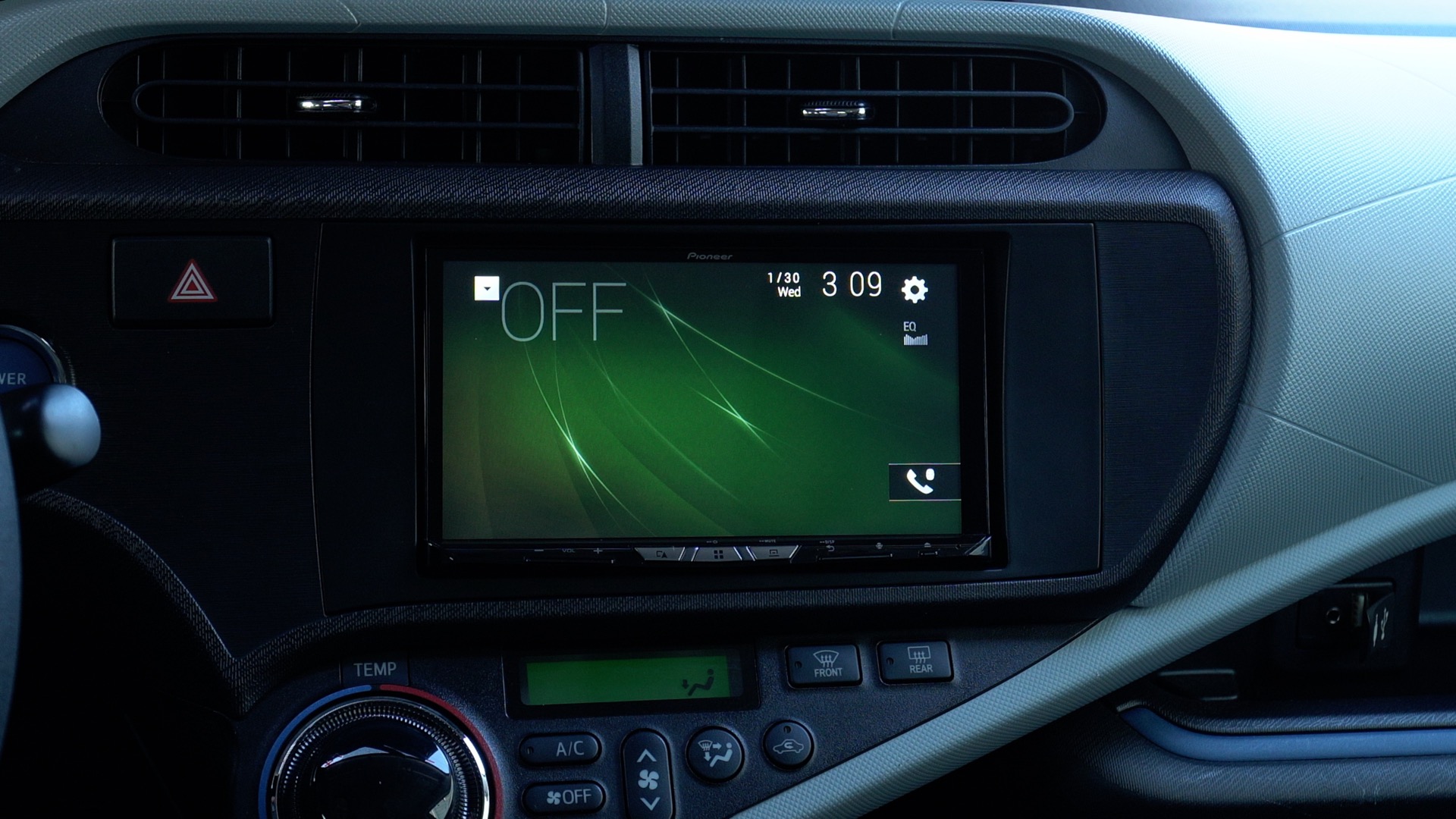 Like before, and for full transparency, Pioneer handled setting up the appointment, and paid for everything to be installed. They are also letting me keep the head unit installed in my car just because of how time-consuming it would be to reverse the whole process. With this in mind, I obviously have an advantage over some random Joe venturing to some random installer. With Pioneer overseeing the process, the installer was motivated to do their best work to make sure that the unit was installed correctly.

I’m admittedly sort of a minimalist, so the cheaper 1400NEX, which is devoid of any tactile buttons and features, and no moving parts, was very appealing to me. The W8400NEX, on the other hand, has several tactile, RGB-customizable buttons on its chin area, and features a motorized front face that can tilt, and reveal a hidden CD/DVD player and SD Card slot. 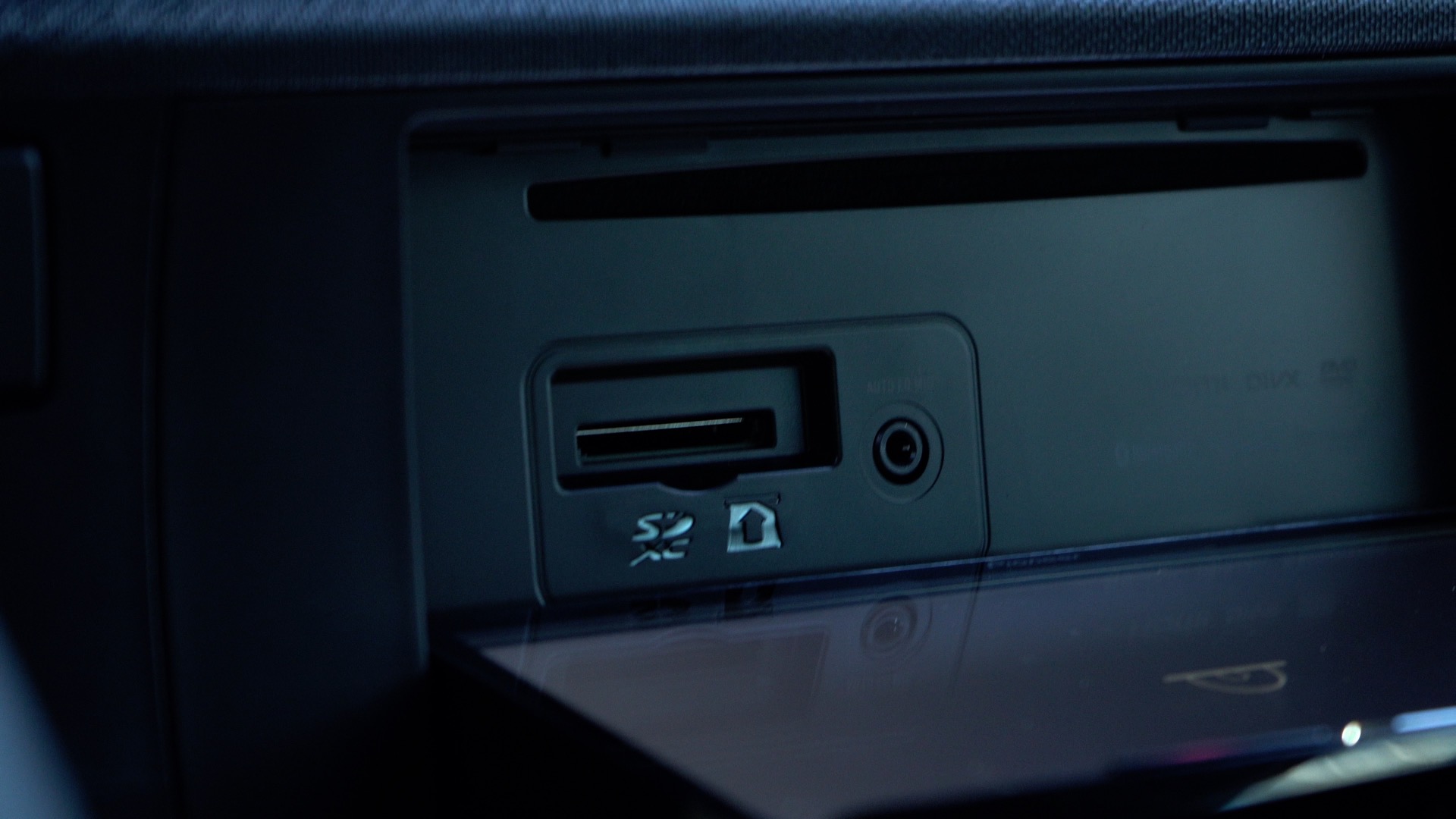 The W8400NEX is still a good-looking aftermarket head unit — it features a larger 7-inch display with 800-by-480 resolution and good off-axis viewing angles — but the more forward-thinking unit seems to be the budget model. It sort of makes sense, given that the motorized front face and DVD drive costs extra money, but the market for such needs is lessening with each passing year. 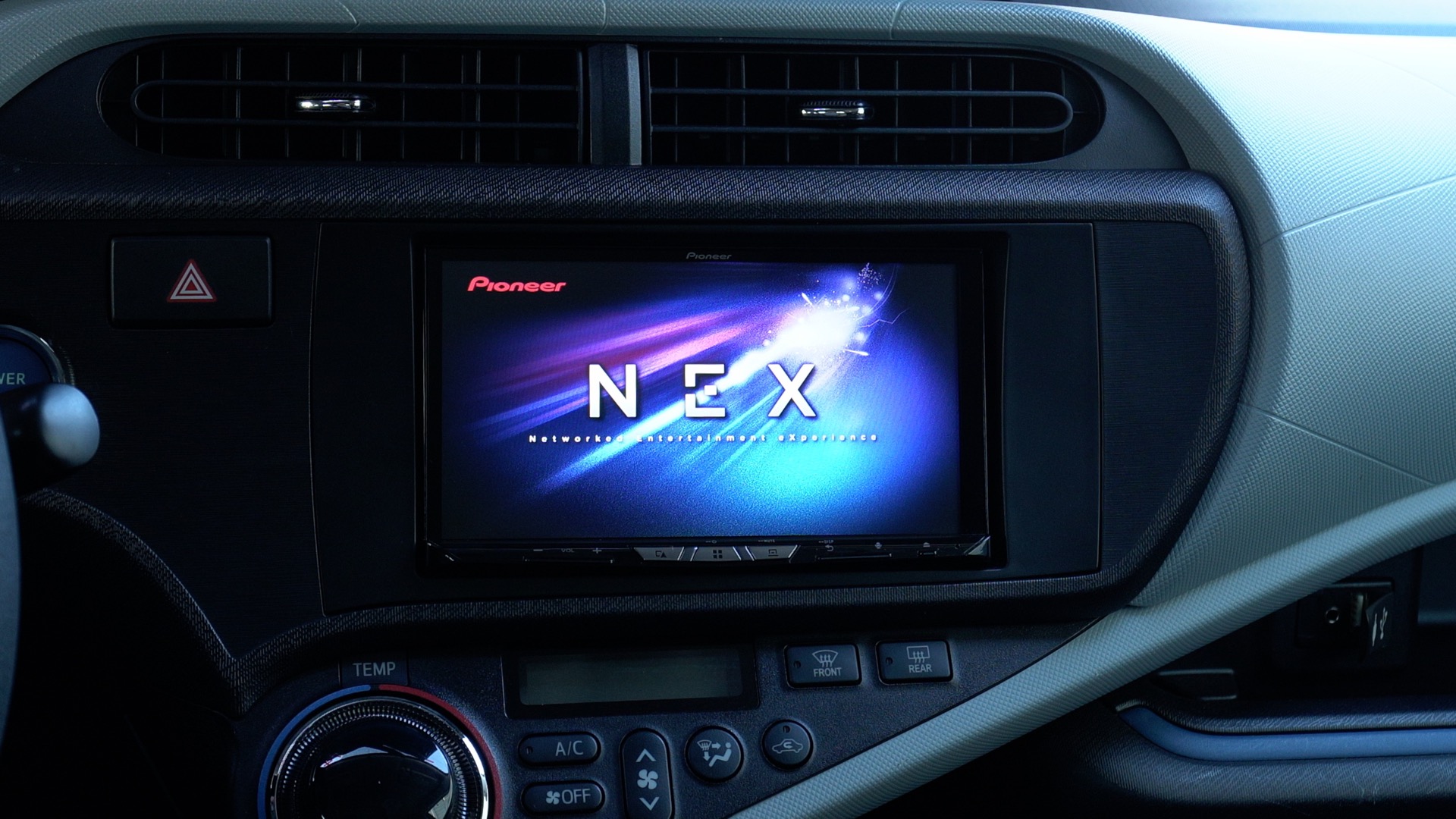 I was also hoping that the higher-end W8400NEX would yield a higher resolution display, but that’s not the case. It features the same amount of pixels as the budget model we reviewed last year, a somewhat paltry 800-by-480 resolution. I’m not expecting iPad Pro-esque clarity, but for $800, I feel like the resolution should be higher.

That said, high resolutions are far from a necessity for a good CarPlay experience. The head unit is usually a good distance away from your eyes, and you’re more or less glancing at it throughout your drive. 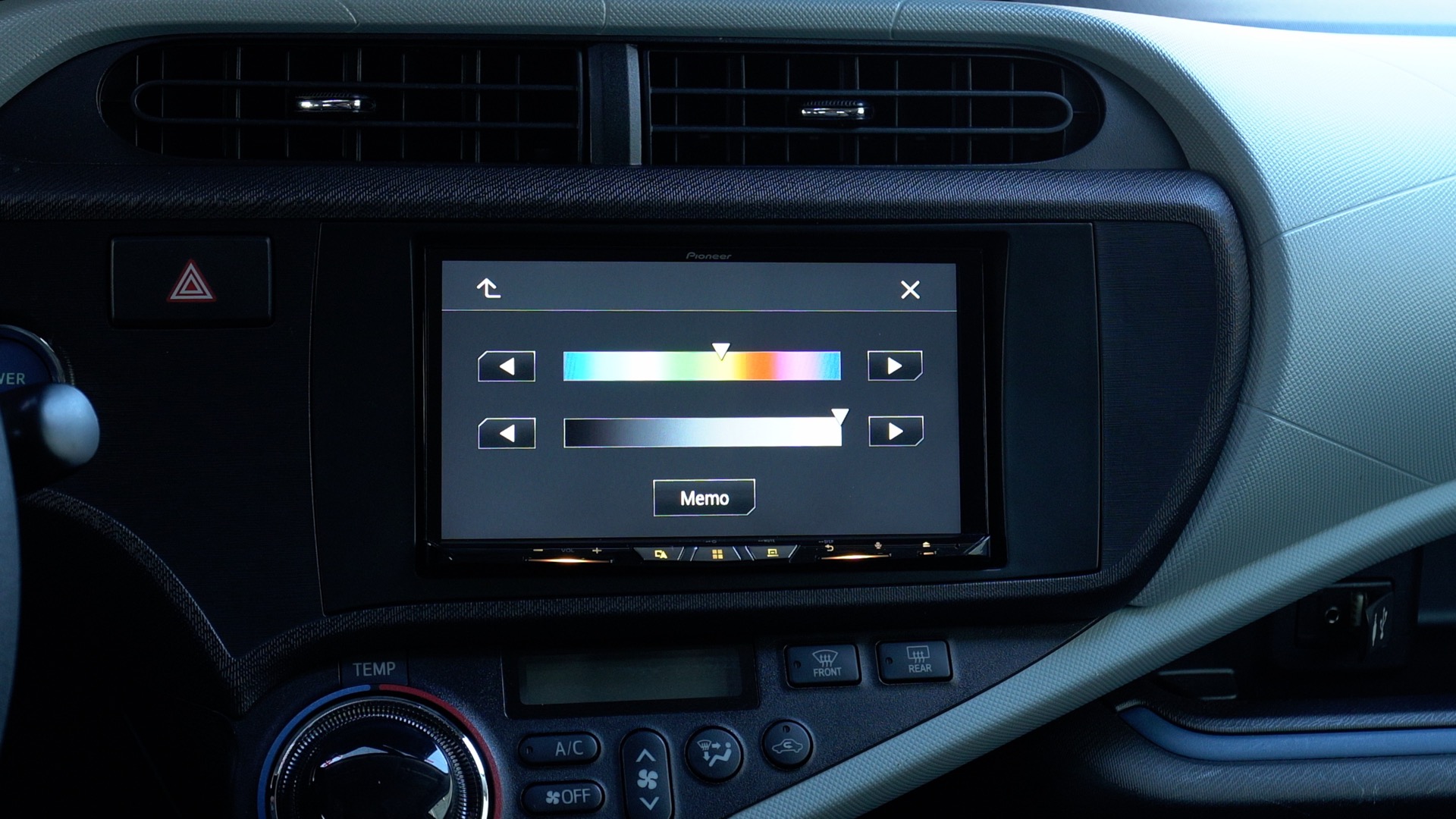 The star of the show, as far as this hands-on look is concerned, is wireless Apple CarPlay. Wireless CarPlay is the reason that iPhone users will primarily be interested in this head unit. Does it live up to expectations?

Setting up wireless CarPlay couldn’t be simpler. Connectivity is initiated via a simple long-press of the voice control button on the steering wheel. After doing that, you’ll see a prompt on the head unit asking you to connect via Bluetooth. 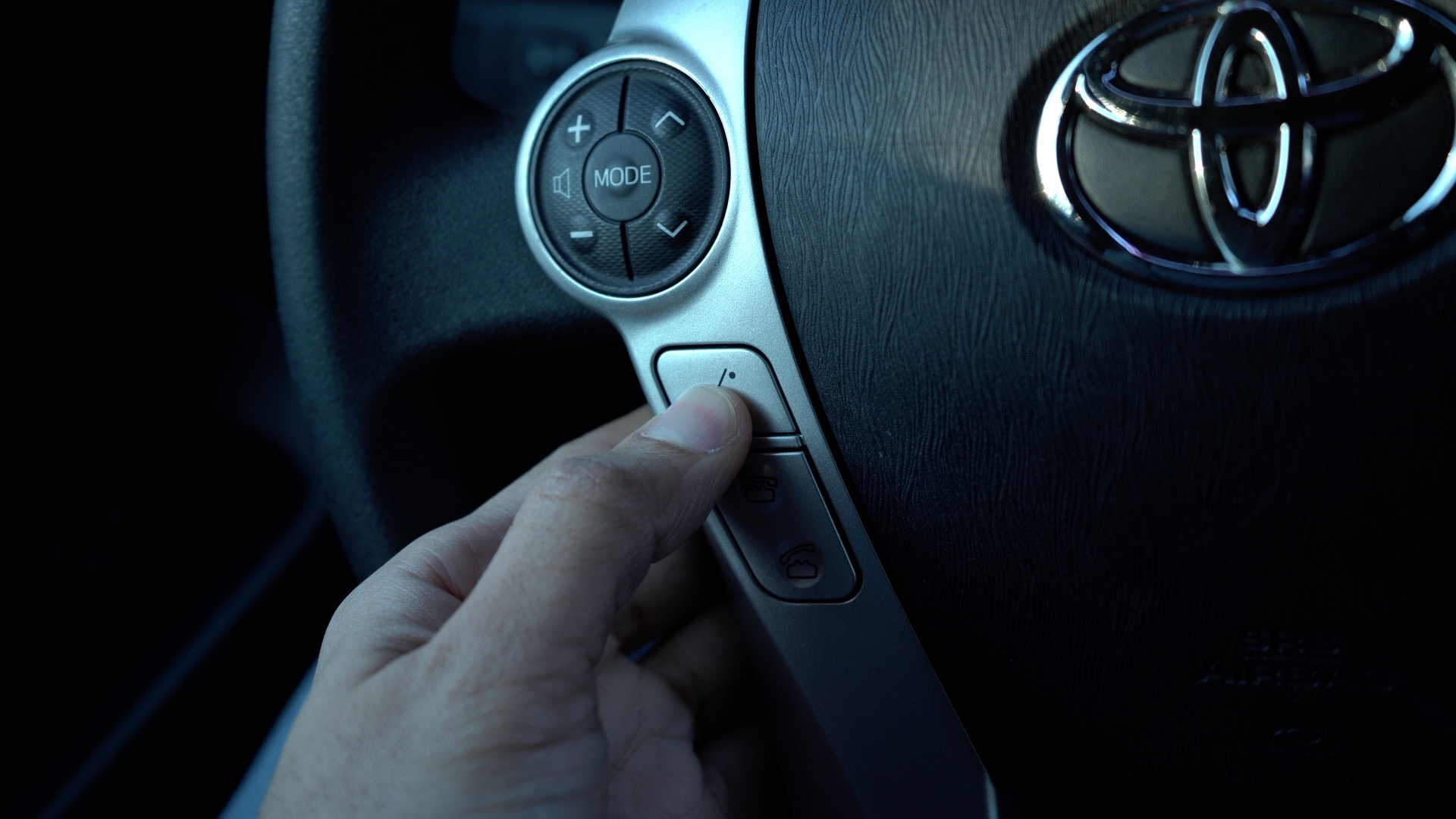 Simply tap on the name of the head unit via iOS’ Bluetooth settings and the pairing process will begin. Once paired, you’ll be asked to enable CarPlay on your iPhone. All in all, the entire wireless pairing procedure takes about 30 seconds, and once your device is paired it stays that way until you unpair it. 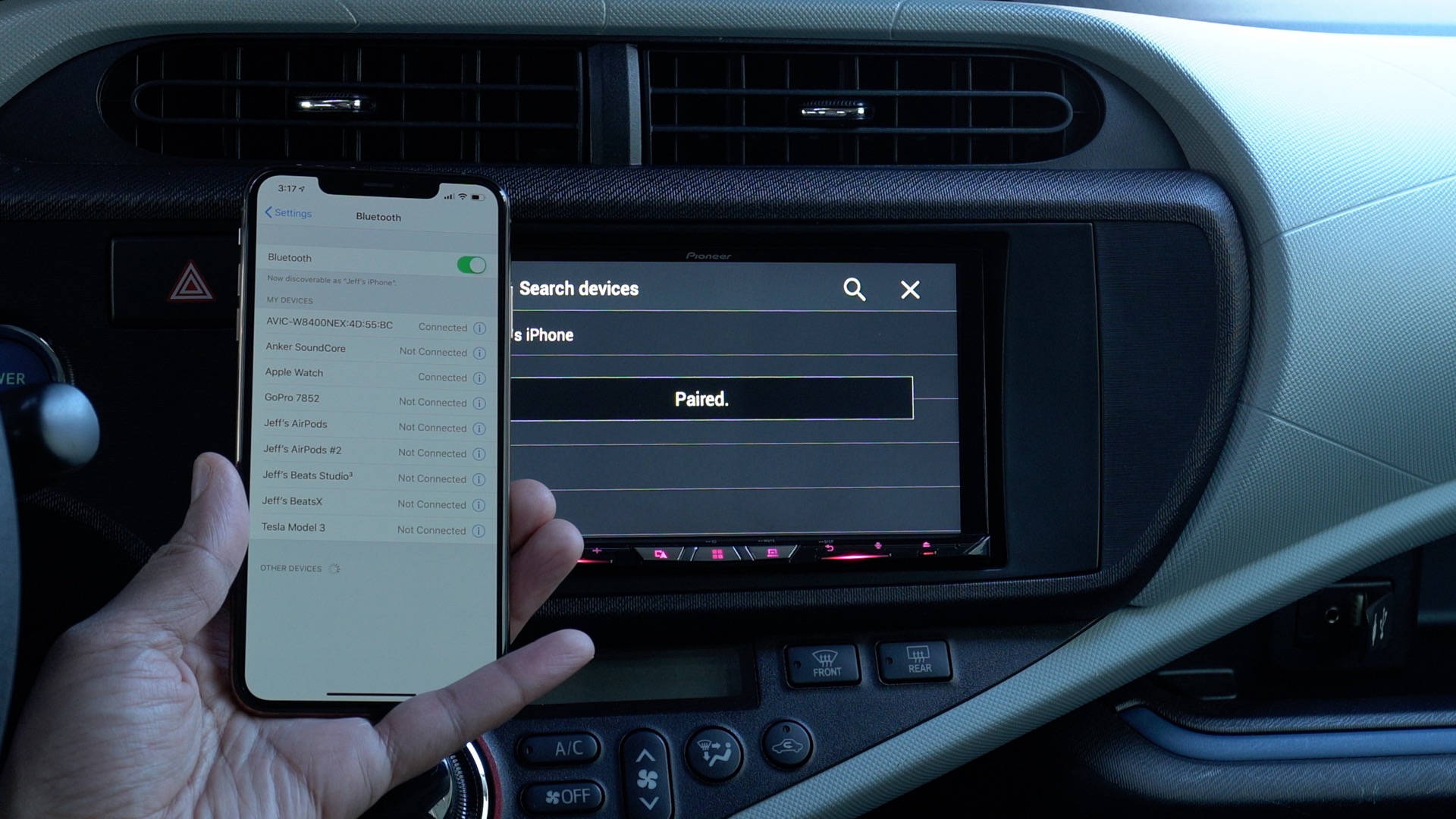 On the budget-model Pioneer unit, I had to connect my iPhone to a USB to Lightning cable anytime I wanted to use CarPlay. Although there is a benefit to this, seeing as it will charge your phone at the same time, it was somewhat annoying, and it meant having a cable littering the cabin’s interior at all times. 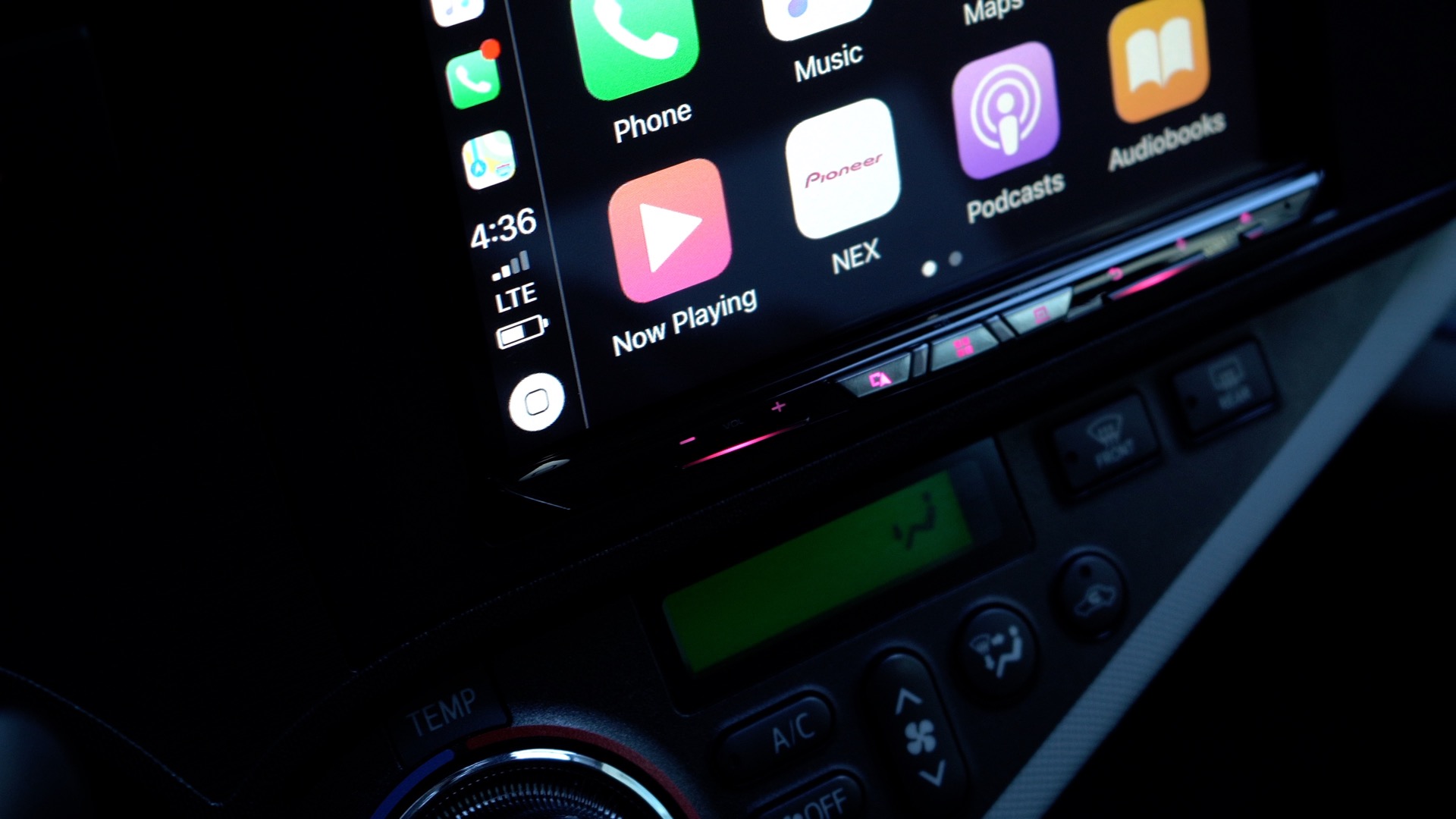 With the wireless CarPlay-enabled W8400NEX, your iPhone connects a few seconds after you start your car, making for a seamless experience. It means I can wirelessly enjoy everything that CarPlay has to offer — Apple Music, Maps, Phone, Messages, Mail, Books, etc., along with various third-party apps that support CarPlay — without even thinking about it.

Since our last-hands on with CarPlay, it’s been opened up to third-party Map offerings like Waze and Google Maps, making CarPlay much more useful for users who rely on such services. 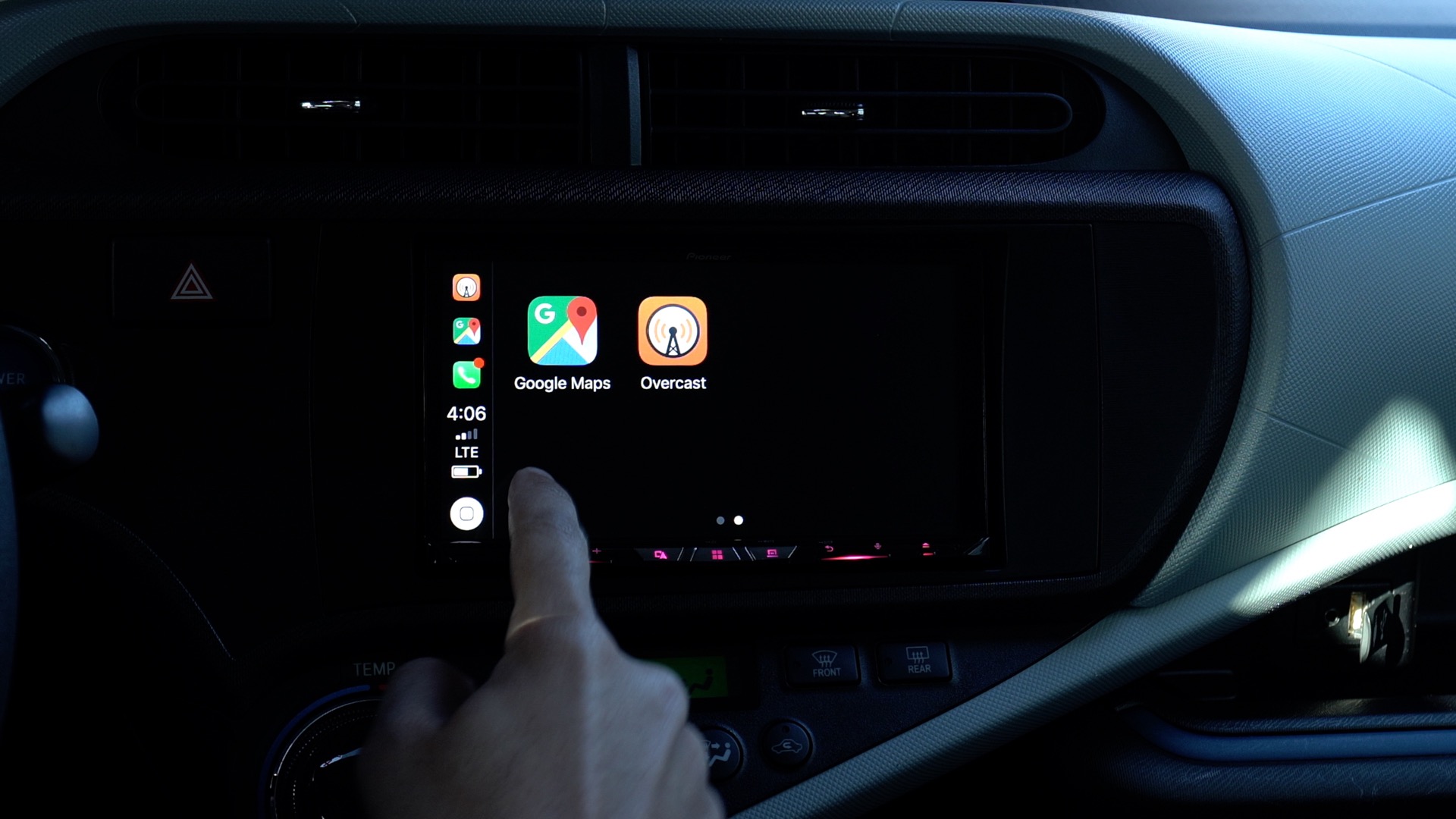 My stock Toyota speakers don’t provide the best environment to judge sound, but audio quality, at least to my ears, sounded roughly as good as the wired-CarPlay head unit that I used back in the summer.

Keep in mind that the CarPlay interface is more or less a container that streams everything from the connected iPhone. Thus, it doesn’t hurt that I connected to the most powerful iPhone that Apple currently offers, the iPhone XS Max. 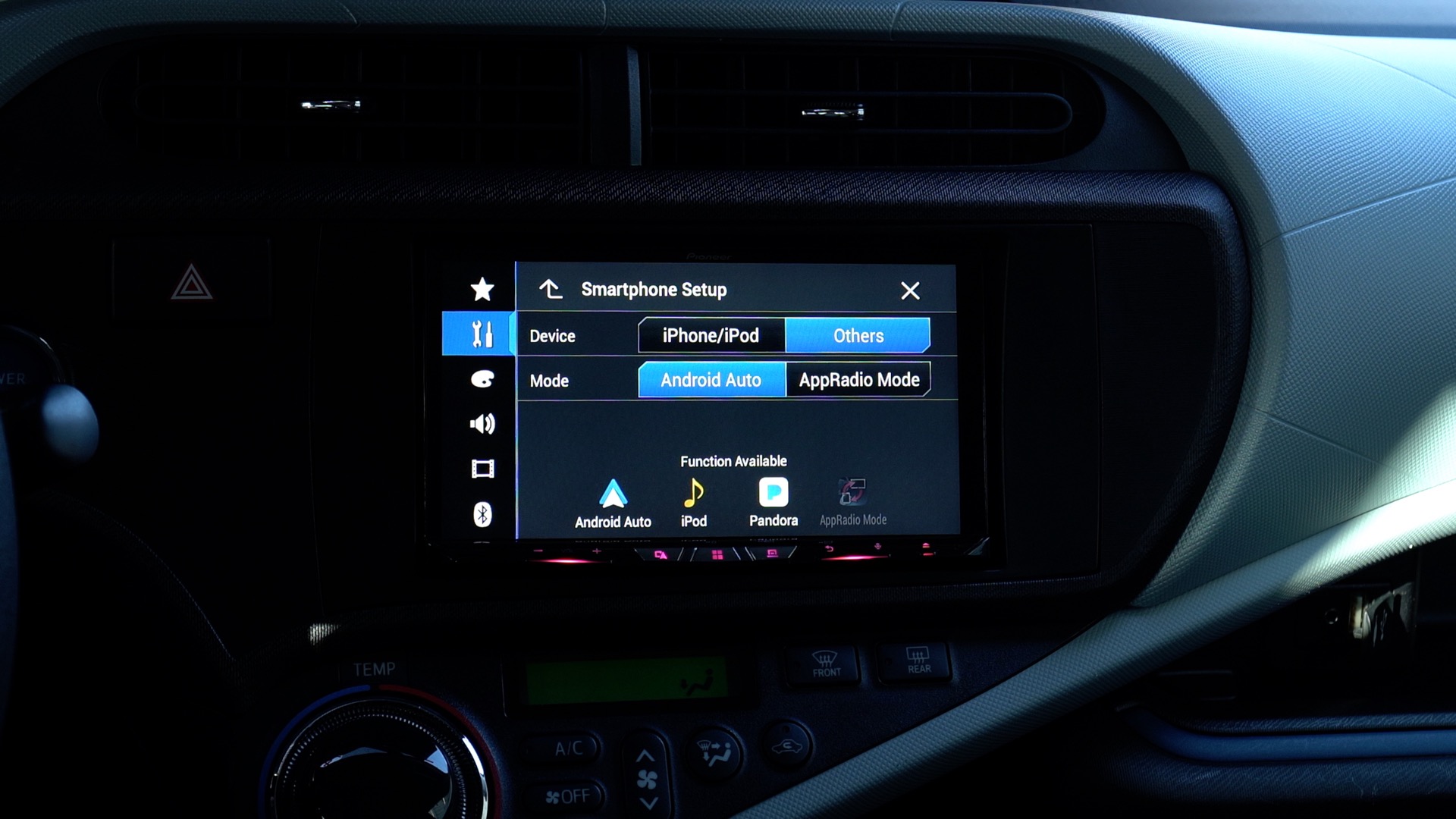 For families with Android users in the same household, you’ll appreciate the fact that Android Auto, Google’s competitor to CarPlay, is built-in as well. This will make it a popular head unit in households with differing tastes in phones.

Unlike my stock Toyota head unit, Pioneer’s aftermarket offering comes with a capacitive touch screen, which means you don’t have to press in on the screen to get it to register your touch. Instead, responsiveness is similar to interacting with the iPhone, though it’s not quite as responsive as an iOS device. 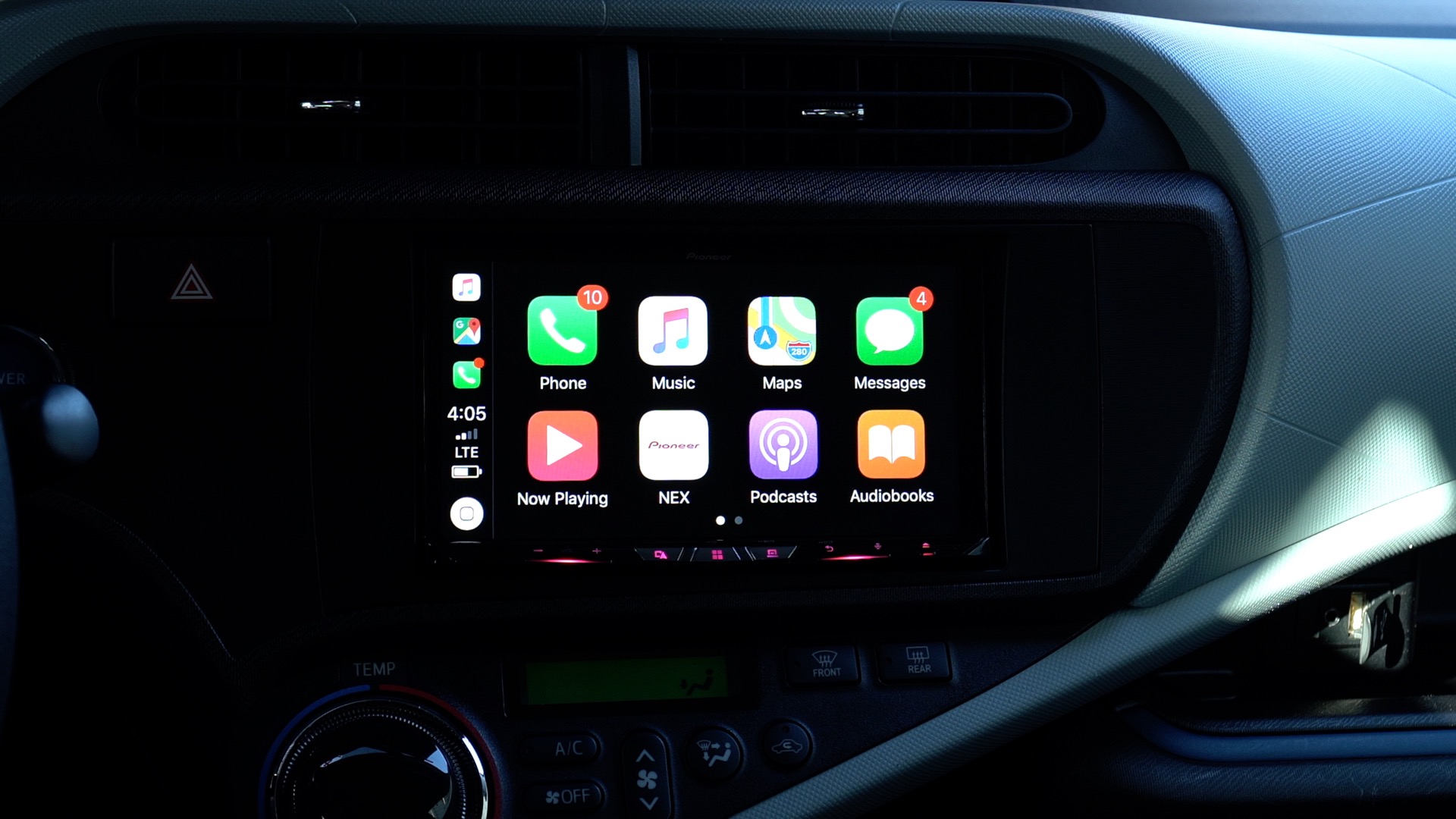 All of the CarPlay functions can be performed via capacitive touch, and that includes navigating between apps, making selections within apps, and invoking Siri. Just keep in mind that CarPlay itself is not multi-touch compatible, so it means there’s no functionality like pinch-to-zoom within the Maps app, etc. 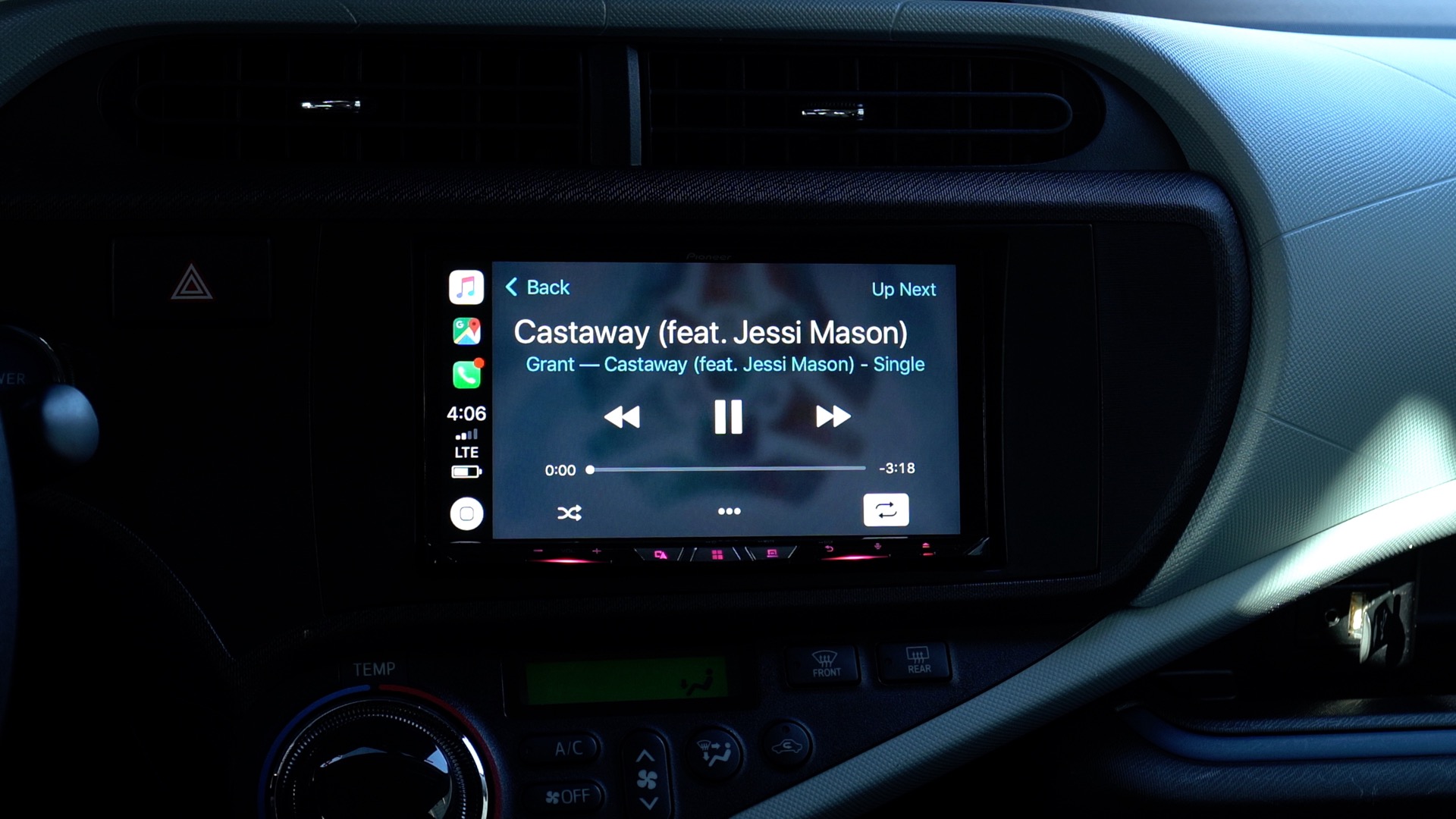 One of my biggest gripes with the previous CarPlay unit that we reviewed had to do with the lack of tactile buttons for volume control. That budget CarPlay unit featured dedicated volume buttons, but they were capacitive buttons completely devoid of tactile feedback. 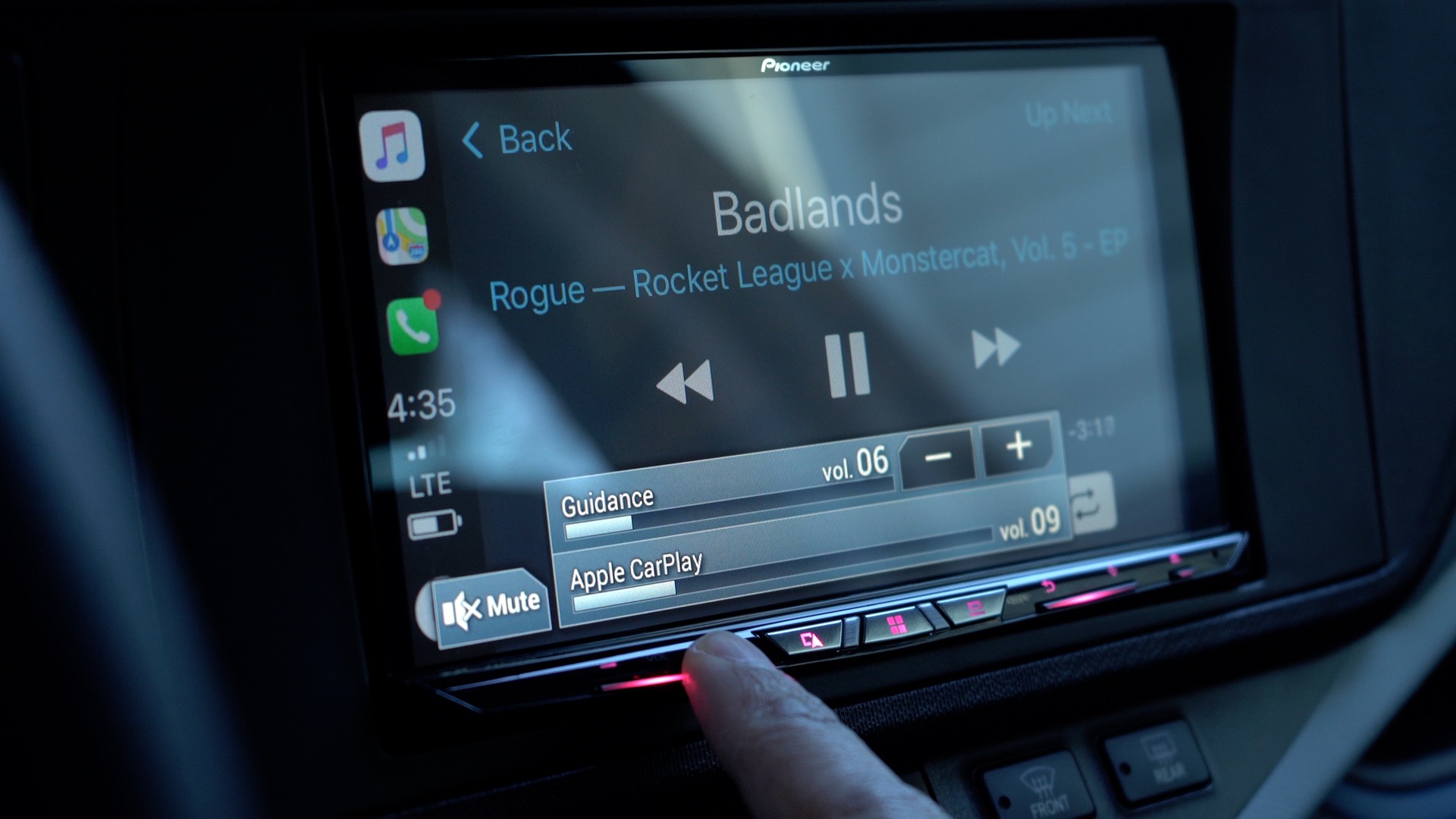 Even though I like the clean look that capacitive buttons offer, the tactile volume controls located in the bottom left-hand corner of the W8400NEX are safer for drivers, as there’s less of a chance you’ll be tempted to take your eyes off the road when attempting to adjust volume.

For those that simply want a way to use CarPlay while driving, the W8400NEX is quite pricey when compared to entry-level offerings, and includes a lot of unnecessary extras for people who just want the basics. Features like a motorized front face, DVD player, and SD Card reader add to the price of the unit. 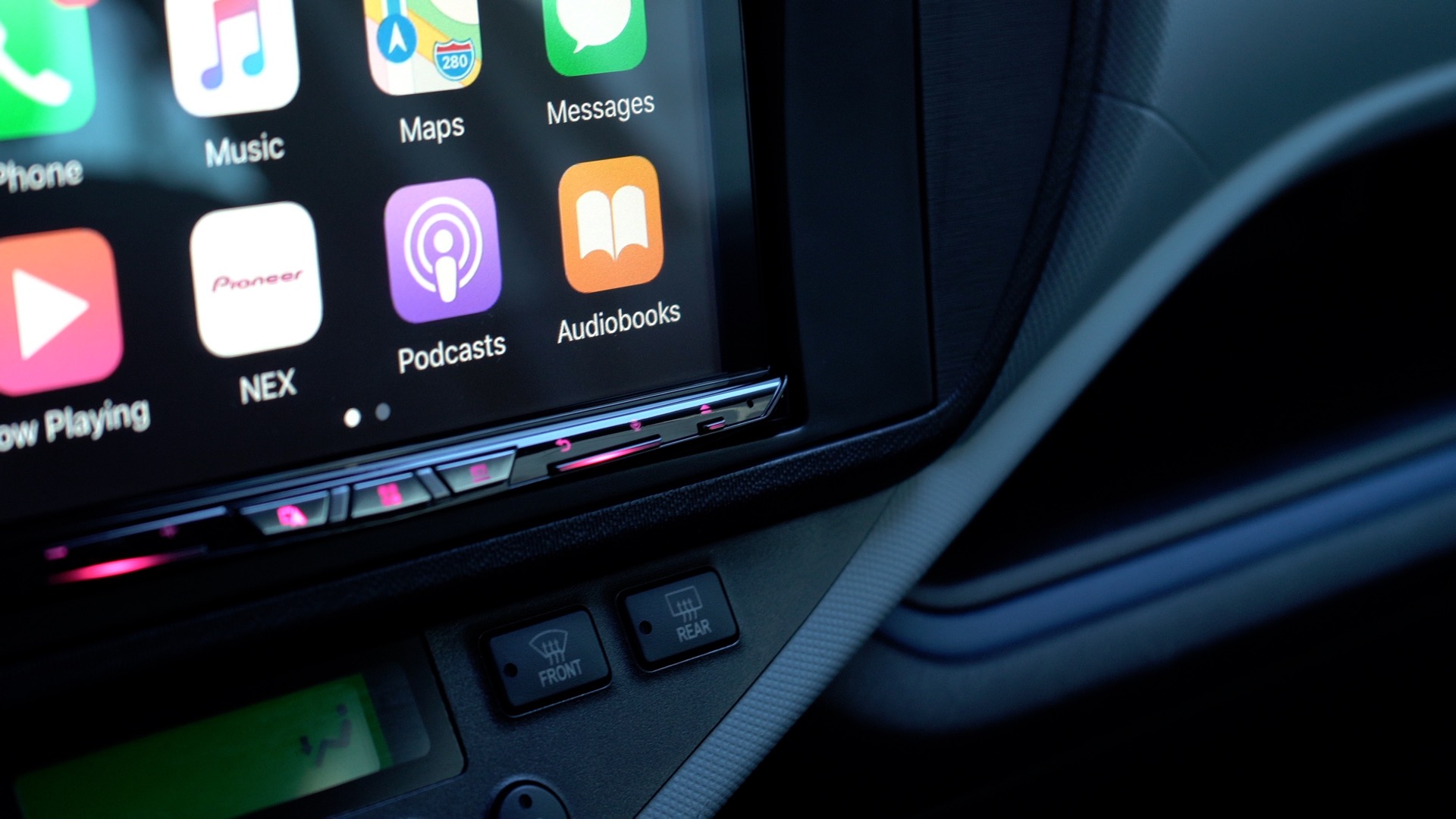 What are your thoughts on the W8400NEX? Sound off in the comments below with you opinion.