How will rumored Dark Mode work on iOS 13? 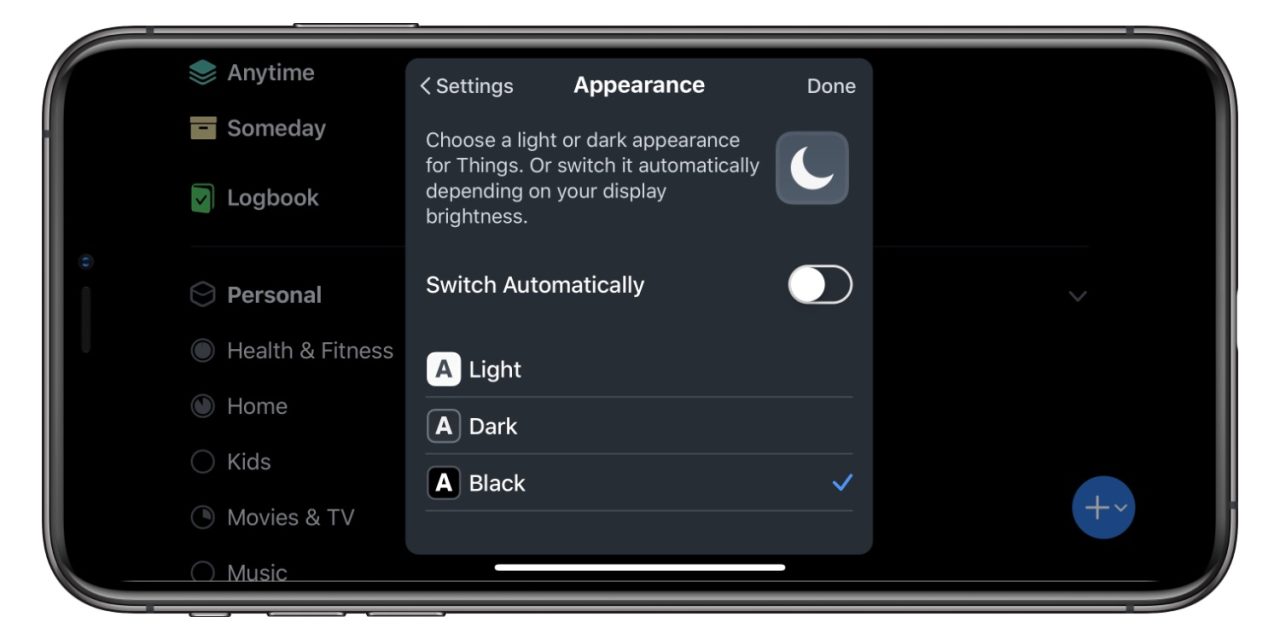 Bloomberg reported earlier this week that Apple is working on a new system-wide Dark Mode option for iOS 13 later this year. Dark Mode on the iPhone and iPad has the potential to be extremely popular if implemented well, but what should we expect from Dark Mode on iOS?

Apple already uses dark themes in a few places. Apple Watch has a dark design that relies heavily on true blacks which help the on-screen elements from the OLED panel blend smoothly with the edge of the watch body. Apple TV has a dark appearance setting that primarily changes the look of the Home screen and some apps. This can be toggled with Siri, from the Settings app, or automatically based on local sunset and sunrise times.

Apple brought Dark Mode to the Mac with its macOS Mojave update last year. Dark Mode on the Mac is a system-wide appearance option that changes the look of Apple’s apps and allows third-party apps to participate. Websites with dark themes can even respond to Dark Mode on the Mac as part of Safari 12.1 in macOS 10.14.4 beta.

macOS lets you change between Light and Dark Mode from the System Preferences app, but there’s no scheduling based on time of day, local sunset and sunrise times, or ambient brightness. You’ll need an app like NightOwl if you want more control over Dark Mode on the Mac. The differences between changing appearances on the Apple TV and Mac are weird (and hopefully resolved in a future update). 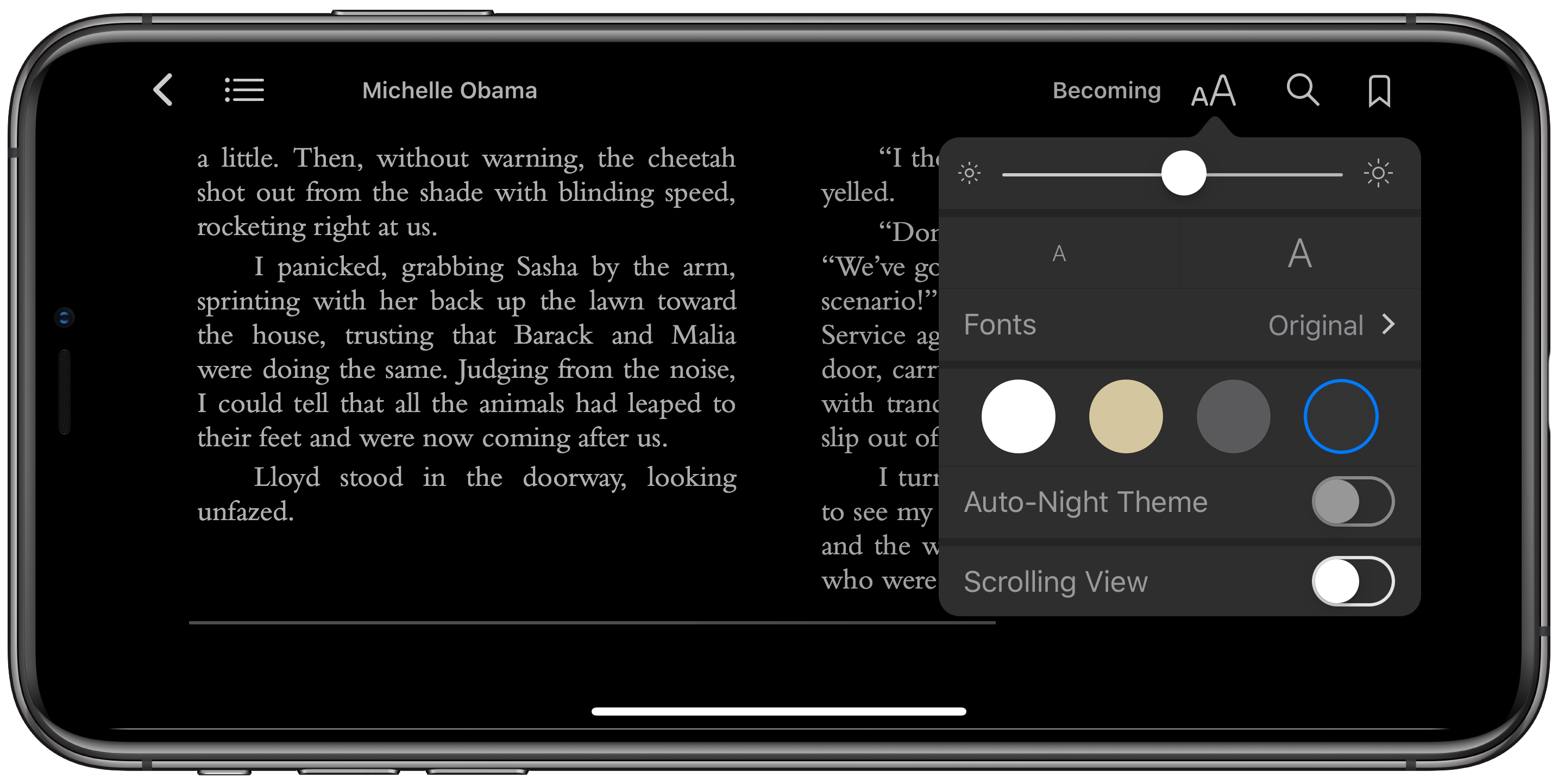 Since there is no system-wide Dark Mode feature on iOS yet, each iPhone and iPad app has its own method for managing modes — if a dark theme is available at all.

Apple Books includes a variety of theme options designed to improve reading including white, sepia, gray, and black themes. You can leave the black theme on full-time or optionally toggle it on only sometimes with the Auto-Night Theme option.

The night theme in Apple Books is true black on OLED iPhones (X, XS, XS Max) so the black elements don’t light up the screen at all, only the non-black elements. 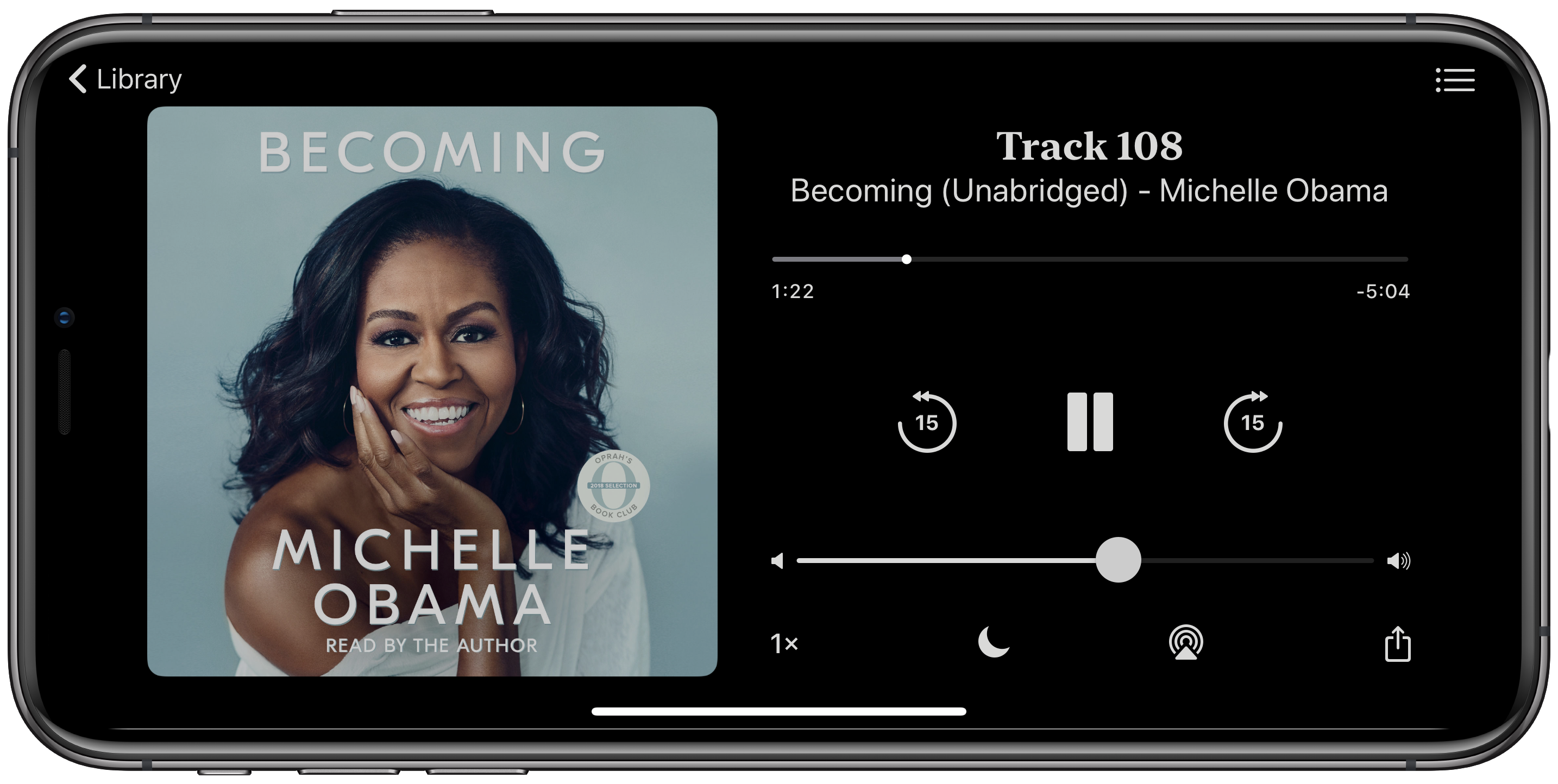 Apple avoids true black elements on the Mac and instead relies on dark translucent grays to avoid too much contrast and blending floating windows. No Mac today ships with an OLED panel either.

Apple could use true black on the iPhone X, XS, and XS Max, and rely on dark gray appearances on iPads and all other iPhones. Apple could include a dark versus black preference like we see in third-party apps today, although this seems less likely. A single dark mode that mixes true black and dark gray elements is probably more likely.

How Dark Mode is activated is also a question. iOS will certainly have a preference option during set up that can later be changed from the Settings app, but apps already use other options for toggling modes today. Many apps today include gestures for switching modes or include an option to switch modes based on screen brightness.

Finally, I’m curious how apps that already use a dark theme will respond to changes between Light and Dark Mode. Activity, Watch, Stocks, Trailers, and the Movies and TV Shows tabs of iTunes already use dark themes today. Might these switch to Light Mode when iOS introduces a system-wide appearance toggle?

Ultimately, users would appreciate the option to switch between Light and Dark Mode while also having the option to lock specific apps in either appearance. Apple is currently adding this option on the Mac on an app by app basis, most recently Xcode beta.

At any rate, Dark Mode will likely be well received on iOS 13 if it ships! Dark Mode has long been a highly requested feature for night readers and fans of dark themes alike.