For creative professionals, the prospects of a new artistic tool are incredibly exciting. New tools mean new workflows, and new workflows mean new opportunities to work free from the constraints that hold back creativity. One of the most promising new artistic tools on the horizon is Adobe’s Project Gemini, a bold new drawing and painting app arriving on the iPad later this year.

Shaping the future of iPad creativity are the Gemini 10, a small group of artistic professionals given exclusive access by Adobe to work with and provide feedback on Project Gemini prior to release. We talked with illustrator and Gemini 10 member Tracie Ching to learn more about the new app and how the iPad has transformed her work.

With a client list including names like Disney, Metallica, and Politico, Tracie is known for expressive illustrations featuring intentionally striking color palettes and a recognizable cross-hatching style. Her political imagery and movie posters, in particular, have become intertwined with contemporary culture. After working almost exclusively with Adobe Illustrator and a Wacom tablet since beginning a freelance career in 2013, Tracie welcomed the iPad Pro into her workflow this past summer following the recommendation of vector artist Rob Zilla.

“I started doing a lot more traveling over the last two years or so, and I’d be out of commission for a week,” Ching said. Faced with the need to rebuild her desktop setup with a Cintiq tablet and new workspace to accommodate it, the iPad became a compelling option. “The Cintiq was really specific to just the one use. But the iPad Pro had a couple of different use cases, and that really appealed to me.” 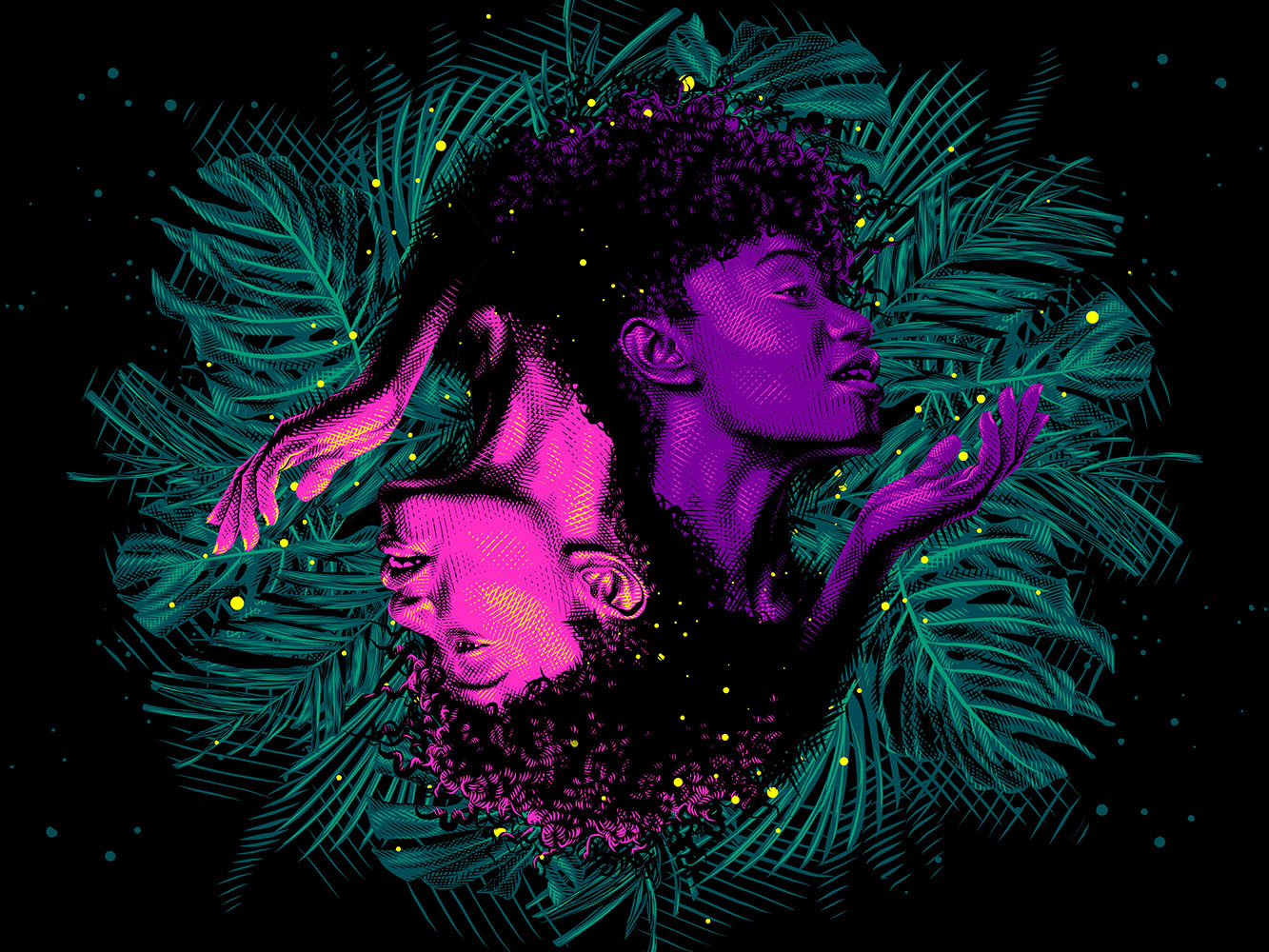 Tracie Ching illustrated all of the artwork in this article using Project Gemini.

Tracie transitioned to the iPad Pro using Adobe’s Illustrator Draw app, and even created a poster for Disney’s The Nutcracker and the Four Realms on a long flight to San Francisco. But as a desktop Illustrator power user, her needs exceeded what the iOS app could provide.

“A lot of it had to do with the availability of certain types of brushes, certain shapes,” Tracie noted. “As someone who works in really elaborate art files, having a layer limitation created some issues. With earlier iterations of Adobe Draw, I wasn’t able to fill or change colors as easily as I may have liked.”

When Adobe introduced Project Gemini at last fall’s Adobe MAX conference, Tracie became a prime candidate to test drive the app as a newcomer to the world of iOS illustration. The Gemini 10 were chosen for their diversity in style, workflow, tools, and gender. “Our aim was to ensure our Gemini 10 represented a broad spectrum of artists so that the feedback we received represented the needs of different types of illustrators,” Adobe said.

Project Gemini combines vector and raster brushes with all new intelligent Live brushes for an entirely unique painting and drawing experience. In an onstage demo at MAX, Adobe’s Kyle Webster previewed watercolor and oil brushes blending with the fidelity of a real canvas and paint. Tracie says these features are what drew her to the app.

The brush game in Gemini is beyond anything I’ve seen. It’s super exciting for me, somebody who is really Illustrator-based. I think it’ll be mind-blowing for a lot of people to see how the brush game has changed in Adobe’s mobile apps. 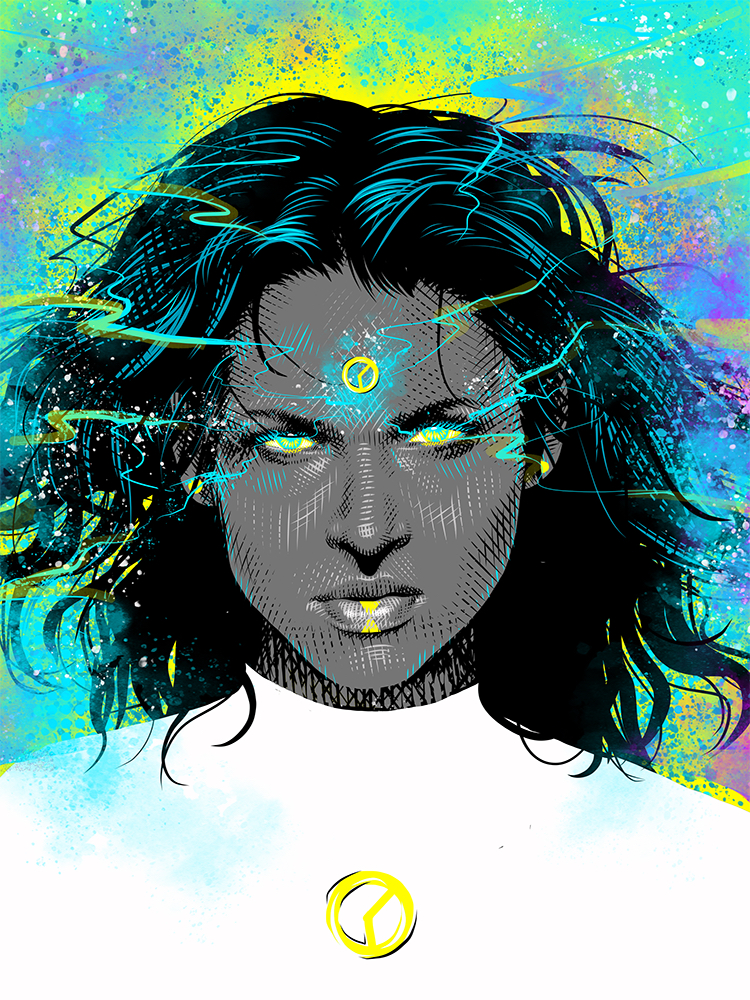 In the design industry, it is often said that technology is at its best when it recedes to the background, allowing for total immersion in the task at hand. Switching between multiple applications throughout a project can break the fragile concentration necessary for creative work. For Tracie, Gemini has been most transformative because it gathers the tools she relies on into one workspace and bridges the gap between physical and digital painting.

“Because Gemini hosts brushes and capabilities from both Photoshop and Illustrator, I’ve been able to cross contaminate more easily than I would have sitting at my regular rig on my iMac,” Ching notes. “I can draw line work for a face as I normally would, and then in that same app go right into the massive new brush library and throw it on a background that’s really light and more like watercolor, or has these really neat textures that can elevate the line work I typically do in vector. If I did that in just the Creative Cloud desktop apps, I would have to switch from one program to another. In Gemini, it’s all there.” 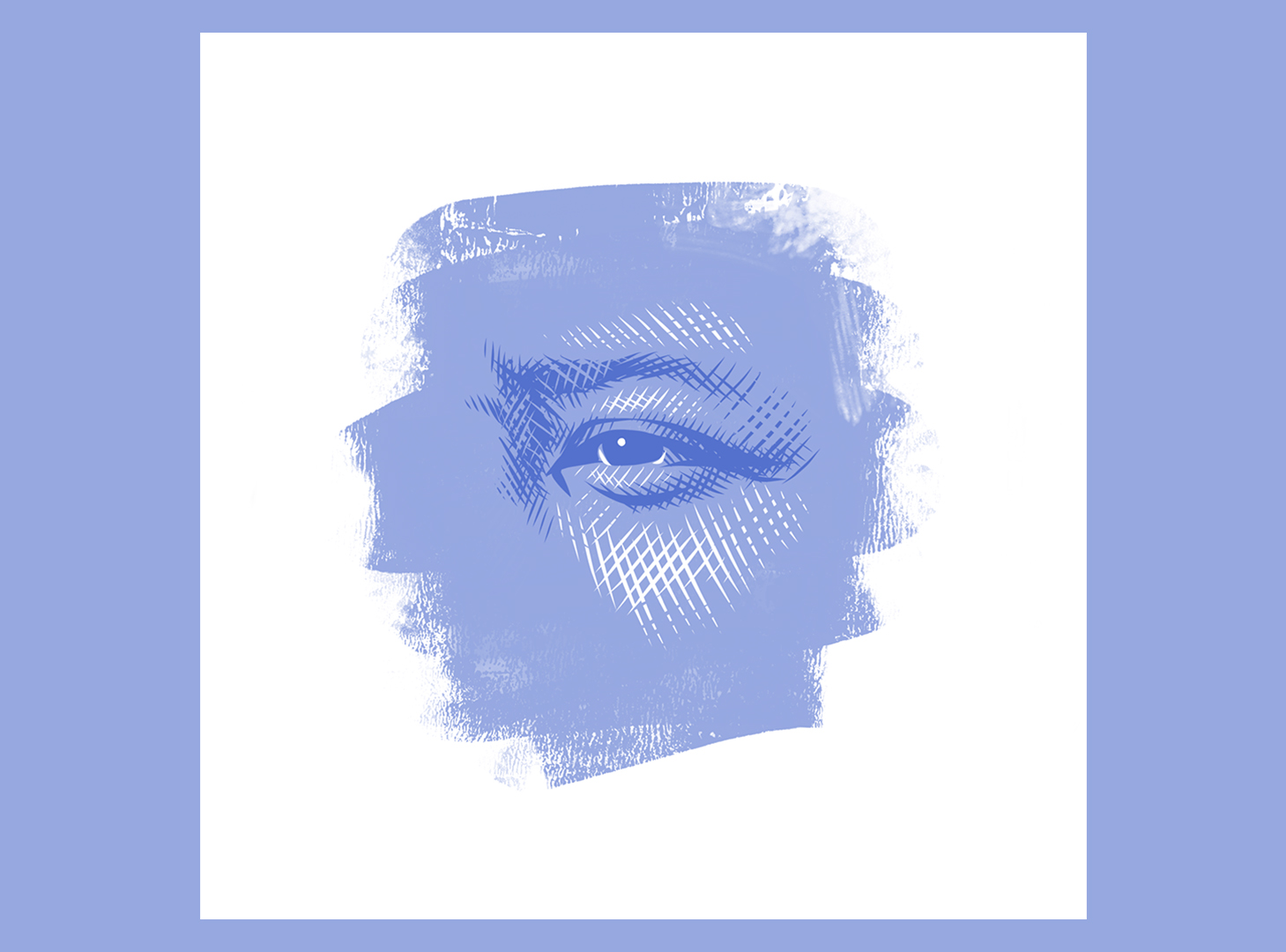 By collecting feedback from industry experts like Tracie, Adobe says it has sharpened Gemini’s focus and features as the application moves closer to launching:

Working with the Gemini 10 has enabled us to optimize workflows for efficiency and identify roadblocks in the experience. Because of our tight collaboration we were able to iterate quickly and polish the functionality and feel of the application. The Gemini 10’s extensive use allowed us to validate what is most important to include in a powerful drawing tool.  As an example, with their help we were able to design a way that allows erasing with any brush.

While a launch date has yet to be set for Project Gemini, you can keep up with the app’s progress by signing up on Adobe’s website.

In the meantime, Tracie offers some advice for other creative professionals considering the merits of a mobile workflow.

If you’re on the fence about making that jump into illustrating with an iPad Pro, one of the best things I can recommend is to walk into an Apple Store and try it out on the iPad Pro itself. There are programs that come preinstalled. It’s way better to test drive before making a leap. There are very few tools, very few programs that I’ve ever seen that have failed in what I need as a creative.