Toyota has announced its latest vehicles to receive Apple CarPlay during the Chicago Auto Show today. The 2020 TRD Pro family of trucks and SUVs includes the Sequoia, Tundra, Tacoma, and 4Runner which are all getting CarPlay, Android Auto, and Alexa integration.

Toyota shared the news in a press release this morning with the announcement of the Sequoia being added to its high-end TRD Pro lineup:

The 2020 Sequoia joins a roster of TRD Pro vehicles that includes the Tacoma mid-size and Tundra full-size pickups and 4Runner SUV. Introduced in 2014, the TRD Pro lineup emerged from Toyota’s rich off-road racing heritage. The TRD Pro badge signifies a vehicle that’s capable of going where ordinary pickups and SUVs fear to tread, while still retaining the comfort for daily driving.

The company notes that all of the trucks and SUVs in the TRD Pro family will include CarPlay in addition to Android Auto and Alexa support. The new Sequoia TRD Pro will have a 7-inch touchscreen, while the Tundra, Tacoma, and 4Runner TRD Pros will feature 8-inch touchscreens.

It sounds like CarPlay may be an option for all of the new 2020 Sequoia, Tundra, Tacoma, and 4Runner trim levels, but the press release doesn’t mention specifically.

All TRD Pro models feature upgraded multimedia systems that include Android Auto, Apple CarPlay, and Amazon Alexa compatibility. The Tundra, Tacoma and 4Runner TRD Pros will all rely on an 8-inch touchscreen, while the Sequoia TRD Pro will feature a 7-inch touchscreen. In addition, all grades of 2020 Sequoia, Tundra, 4Runner and Tacoma will utilize this updated audio system, though screen size may vary between models. 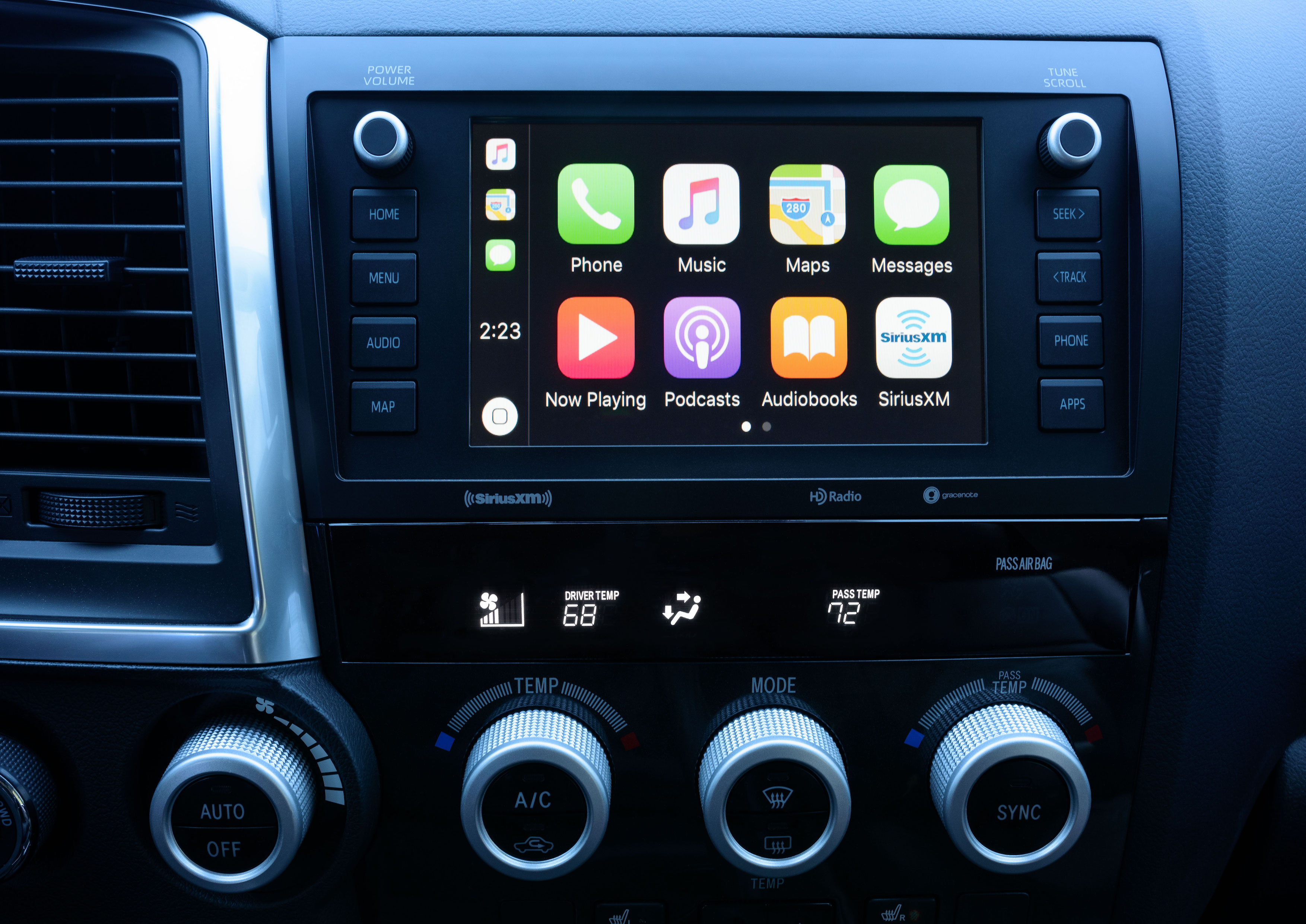 With no specific mention about the new 2020 TRD Pro lineup offering wired or wireless CarPlay, it’s a safe bet to assume it will be wired. In related news, last month we learned that Toyota’s revived Supra will come with wireless CarPlay as an option with a $4,000 premium upgrade package.

In other CarPlay news, Kia noted that its 2020 Sportage will include CarPlay and Subaru also gave Apple’s in-car platform a nod in the announcement of its 2020 Legacy.

Also, as spotted by MacRumors, VW will be bringing wireless CarPlay to its 2020 Passat with the third generation of its Modular Infotainment Matrix system. However, it’s unclear if that will be just for the European model or arrive stateside as well.

If you’d like to upgrade your existing vehicle with CarPlay, there are a lot of great options on the market starting from around $300. Also be sure to check out our previous CarPlay coverage below and our full review of Pioneer’s 7-inch Wireless CarPlay receiver.