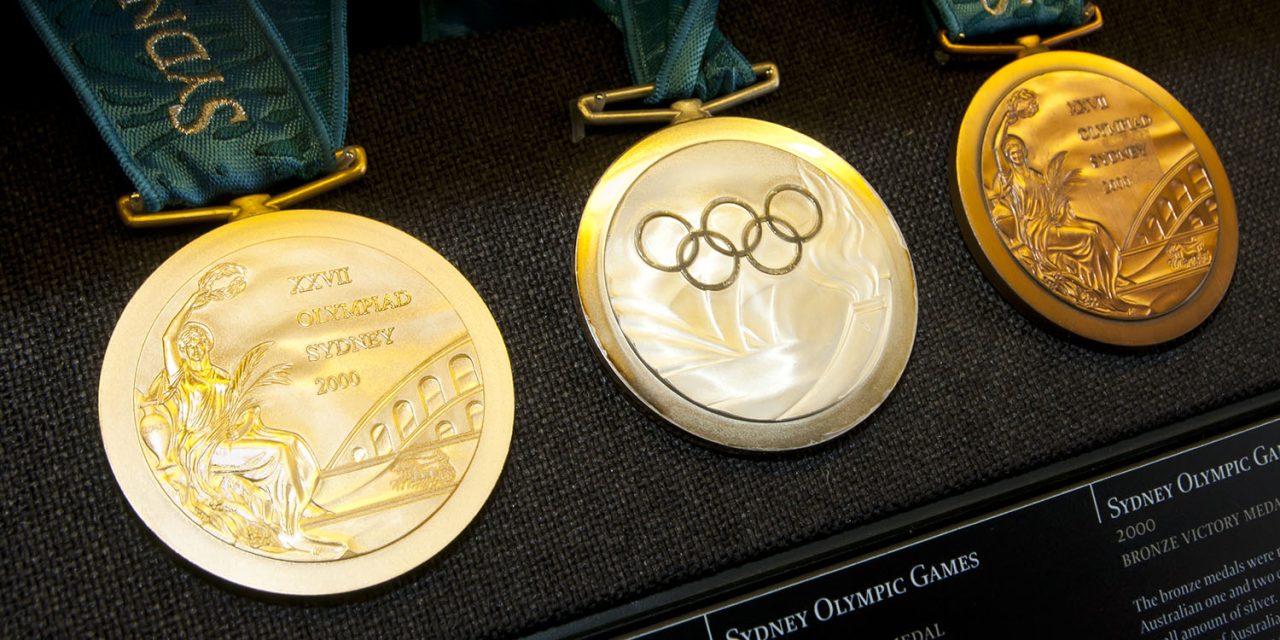 The 2020 Olympic medals may be partly made from old iPhones. Tokyo’s organizing committee for the 2020 Olympic and Paralympic Games has announced that it expects to succeed in its plan to make gold, silver and bronze medals from recycled smartphones and other electronic devices …

The committee says that there was “huge levels of support from the public and companies across Japan and from national and international athletes” resulting in municipal authorities collecting about 47,488 tons of e-waste.

That figure includes more than five million disused phones that were handed in at NTT Docomo stores. Collection stations were also placed in post offices and other public buildings. The committee’s target of 2,700kg of bronze was met last June, while 93.7 percent of the 30.3kg gold target and 85.4 percent of the 4,100kg silver target had been extracted by October.

The targeted amounts of gold and silver haven’t quite been recovered just yet, but based on the number of devices that have already been collected, the Tokyo 2020 committee says there will be enough material to reach the goal. The program will end on March 31st, and the Olympic and Paralympic medal designs will be revealed this summer.

The plan was first shared back in the summer of last year, but it wasn’t known at the time how feasible it would prove to be. The non-governmental organization which came up with the idea knew there was enough e-waste out there, but needed to organize collection.

“In order for all Japanese people to participate in the Tokyo Olympics, we are asking companies to propose a concrete collection proposal and would like to work with the Olympic organizing committee to realize the proposal,” Yuko Sakita, of the NGO Genki Net for Creating a Sustainable Society, tells the newspaper. The NGO organized the June meeting, which was attended by organizers for the Olympic and Paralympic Games, as well as representatives from technology and mining companies.

The designs for the medals will be revealed at a later date.

Apple has been a strong advocate for recycling its products. It started an iPhone ‘reuse and recycle’ program back in 2013, with re-usable devices sold through the second-hand market and non-repairable devices sent for recycling.

Apple introduced Liam, an iPhone disassembly robot, in 2016, and a more advanced version, Daisy, last year. Apple also committed in 2017 to cease relying on mining operations, and to build all products from recycled materials. It has also started creating environmental reports for specific product models.