Making the Grade: iTunes U and iBooks Author are suffering from software rot

Google has been ridiculed over creating and shutting down various applications over the years, but when it comes to enterprise software applications, I would prefer that over letting things die a slow agonizing death. Apple, on the other hand, has done the latter with two of its K–12 focused software applications: iBooks Author and iTunes U. Apple has let these apps suffer from software rot.

iBooks Author was released in 2012 with much fanfare at an education-focused event. I took a look at that event last year.

iBooks Author was a Mac-only application for building these interactive textbooks. Creating iBooks finally came to the iPad yesterday but as a feature of the new Pages app for iPad. It’s not actually a total 1:1 replacement.

It hasn’t seen a meaningful update in two years, and that update simply brought new templates to work with. It’s largely the same application that it was when it was released in 2012. Is iBooks Author an app that schools are supposed to build around? If so, what promise do they have that it will be compatible with anything in the future? 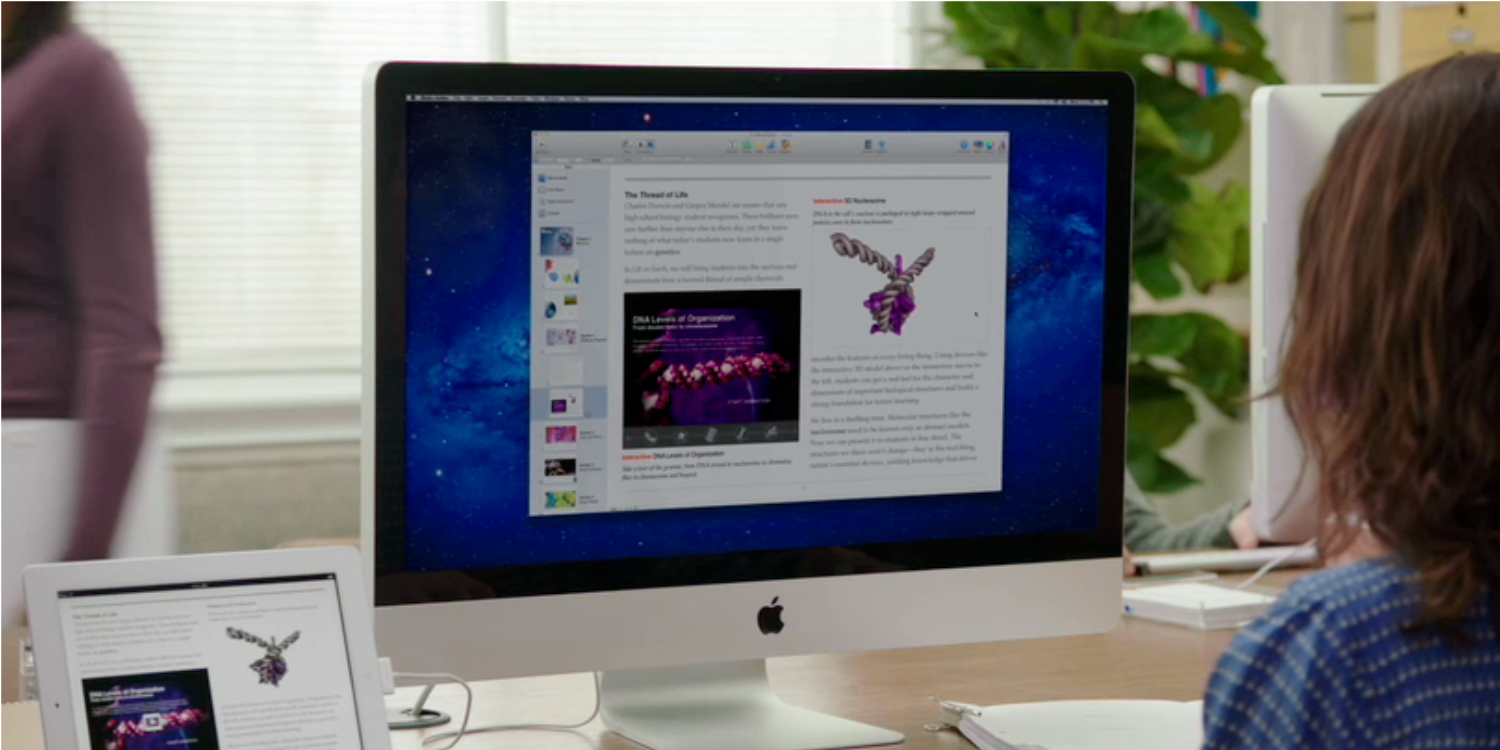 Version 2.0 came out six years ago, and 2.6.1 is the current version. Are multi-touch books still a strategy that Apple is focused on? If so, why was it released on the iPad as a subset of features inside of Pages? Perhaps the most telling that is that the marketing images on the iBooks Author website are not even optimized for Retina screens. iBooks Author is certainly an indication Apple has a software rot problem in K-12.

Another application/service that Apple is largely neglecting is iTunes U. If you aren’t familiar with iTunes U, it’s a software/service application designed for teachers to facilitate turning in homework, hosting private discussions, and features an integrated grade book.

Apple pitches it as a seamless way to organize your classroom. When you read through the marketing materials for it, it looks like it should be a great resource for teachers and students alike. The keyword here is should. iTunes U on the iPad is on 3.7.1. The last meaningful update was  with 3.5 which was released in March of 2017, and that wasn’t even much of anything.

• Mark up photos with instructions or comments using built-in annotation tools
• Quickly send video messages and feedback in 1:1 chats between teachers and students
• Open audio or video files directly in other apps

Prior to that, it only saw three updates in 2016. The last major feature was released in 2015. This update history is a picture perfect case of Apple letting this service suffer from software rot.

• Posts can now include images
• Grade book displays student’s average grade within a course
• Grade book displays minimum, maximum and mean grades for an assignment
• iTunes U is now designed to take advantage of the larger canvas of iPad Pro
• Includes minor stability and performance improvements 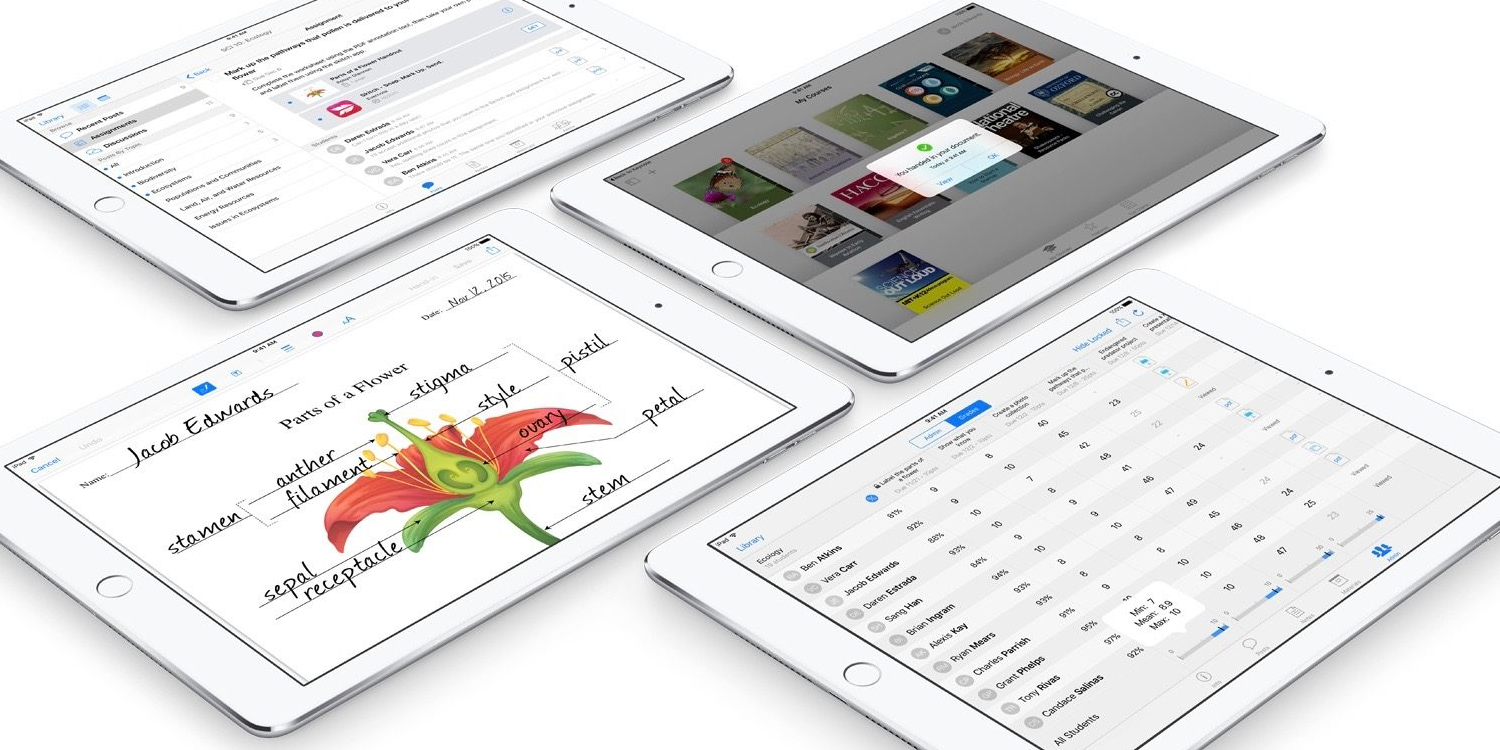 Sadly, iTunes U doesn’t even support split screen on the iPad yet. The Apple Pencil support is bare bones. It would be hard for me to recommend iTunes U as a platform for anyone at this point.

For both iTunes U and iBooks Author, it’s not entirely clear that anyone at Apple is even working on either platform. Both of them had immense promise and should have been at the backbone of Apple’s K–12 strategy.

While iTunes U has been ignored, Google has been hard at work on Google Classroom. Since it’s release, Google Classroom has been continuously updated and enhanced. It works on iOS, macOS, and ChromeOS. iTunes U only works on iPad. It’s ironic that Google is doing a better job of supporting Apple’s platforms with K–12 software than Apple. Yes, Google shuts down plenty of services, but I’d rather them be shut down than suffer from software rot (which is what Apple is doing).

iTunes U could have been at the center of Apple’s K–12 strategy. It could have been where everything ended up and where everything started. Instead, it’s gone years without meaningful updates to either the application side or the server-side component. While Apple is still working on other classroom apps, it’s not even close to being a 1:1 replacement for iTunes U. Even the Classroom app has gone over a year without a meaningful update.

Apple pitches the security for students and teachers, and while I love that aspect of it, I want to see that plus continued enhancements. Under Steve Jobs, Apple deployed a directly responsible individual (DRI) mentality for every task. It’s quite clear, there is no DRI for iTunes U and iBooks Author at Apple. If these applications aren’t going to be developed and enhanced, Apple should announce plans to shut them down instead of letting them suffer from software rot.

Photo by Henry Ascroft on Unsplash

A weekly series from Bradley Chambers covering A…