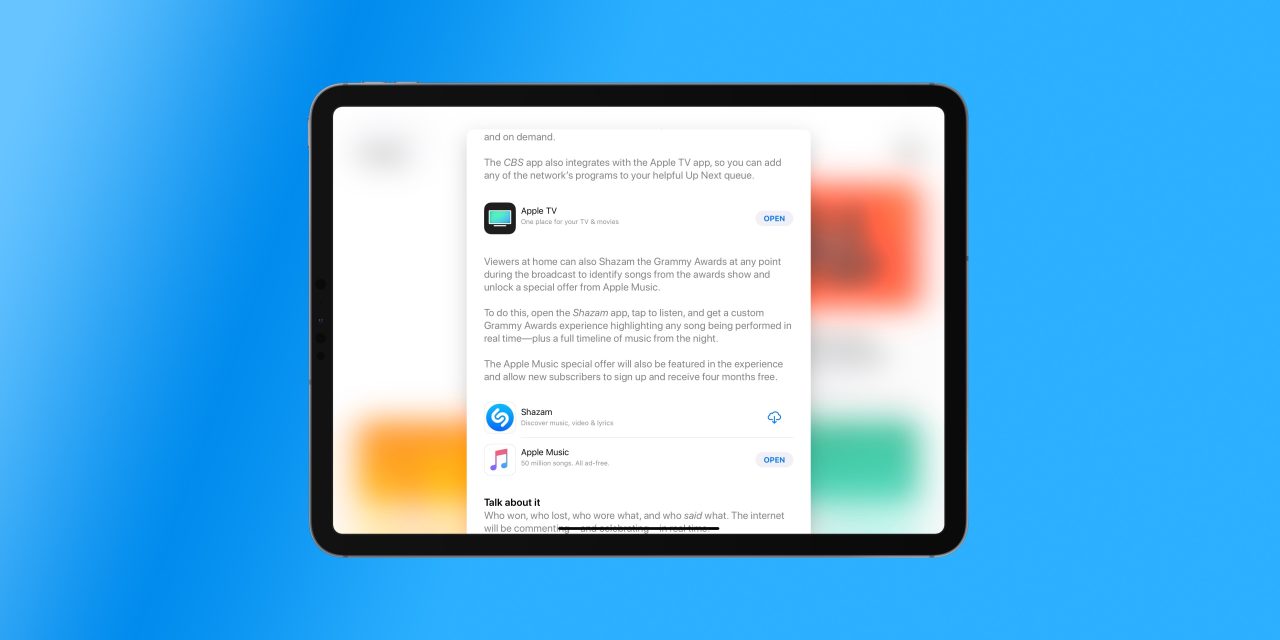 Apple officially completed its acquisition of music tagging service Shazam a few months ago. Now, it’s putting the app to use to promote an “Apple Music special offer” during The Grammys tonight…

In a story on the App Store today, Apple touts that if you use Shazam during any point of The Grammys this evening, you’ll unlock a special Apple Music-based experience.

First, if you Shazam during The Grammys, you’ll be able to see a full rundown of the event. This will include a full timeline of music from the show. You can also see a rundown of songs in real-time as they are performed.

Viewers at home can also Shazam the Grammy Awards at any point during the broadcast to identify songs from the awards show and unlock a special offer from Apple Music.

To do this, open the Shazam app, tap to listen, and get a custom Grammy Awards experience highlighting any song being performed in real time – plus a full timeline of music from the night.

The Apple Music special offer will also be featured in the experience and allow new subscribers to sign up and receive four months free.

The Grammys kick off at 8PM ET tonight. If you’re looking to try out Apple Music, this is your shot to extend the standard 3-month free trial.