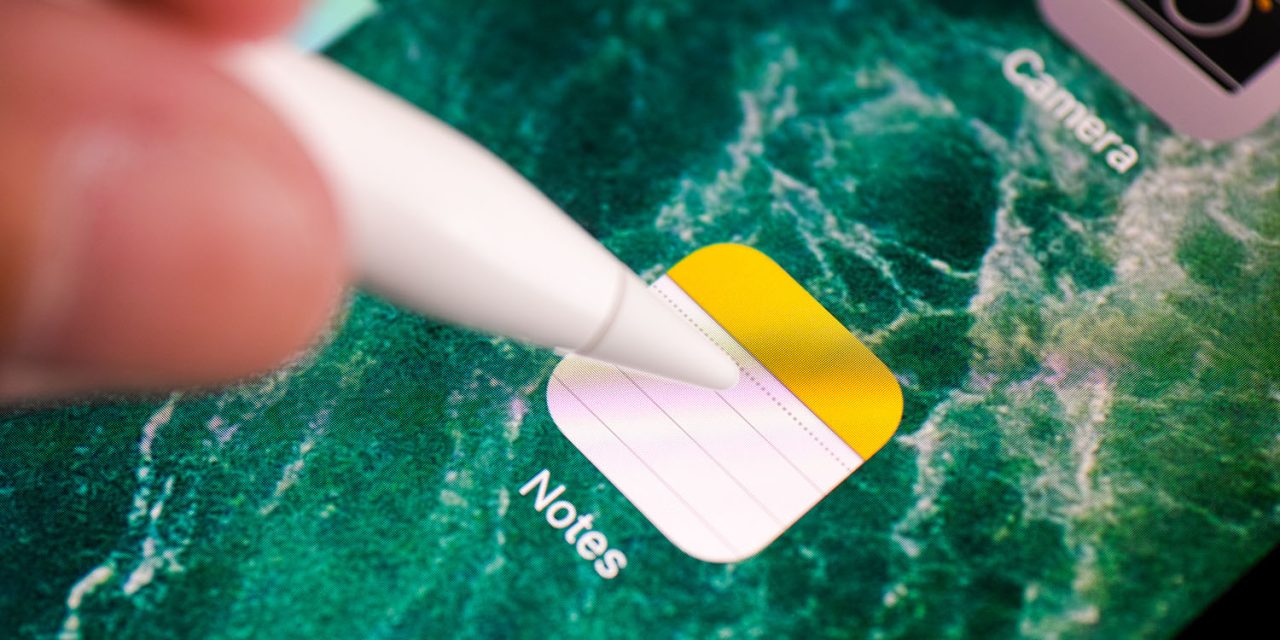 Sanders tweeted the message, which was quickly recognized as a screen-grab.

Twitter users also noted that in using the built-in crop tool, the press secretary had also managed to accidentally select the markup tool, leaving a large dot in the middle of the message – just for an added impression of professionalism.

I was told armageddon would have better graphics

Buzzfeed observes that Sanders is not alone in using the Notes app in this way. It did this, naturally enough, in the form of a Notes screen-grab. 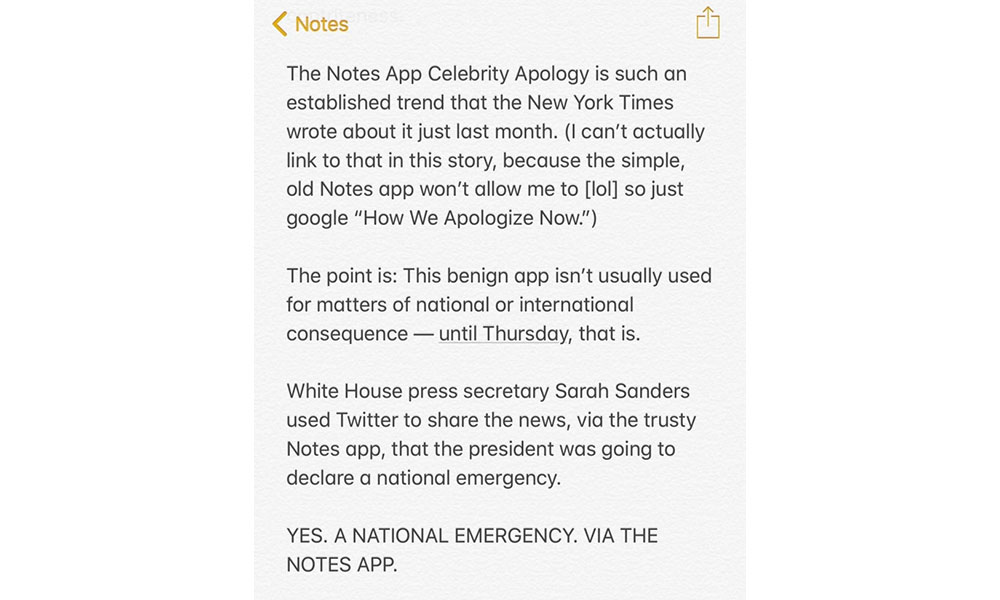 The (non-)linked New York Times piece has a number of examples.

Lady Gaga makes for a perfect case study. On Thursday, she sent an apologetic message to her more than 77 million Twitter followers […]

Armie Hammer apologized with a Notes app note for criticizing his peers for posting grief selfies after Stan Lee’s death (“I want to apologize from the bottom of my heart and will be working on my Twitter impulse control”). Kendall Jenner apologized for her clothing line’s insensitive use of the Notorious B.I.G.’s and Tupac Shakur’s likenesses (“we are huge fans of their music”). Logan Paul apologized for videotaping a dead body in Japan(“I intended to raise awareness for suicide and suicide prevention”). Cardi B notably did not apologize for secretly marrying Offset (“at least ya can stop saying i had a baby out of wedlock”). Ariana Grande once apologized for licking a doughnut (“I will strive to be better”).

Others suggested it might have been worse: the message could have been written in Comic Sans. Or ASCII art.