Could this be the Apple 6K Display? [Video]

Yesterday, I posted a video outlining my thoughts on Apple’s upcoming 6K display. After thinking about it, I’m changing my mind about what I think this display will look like. On second thought, I don’t think it will be a 16×9 display at all, instead I think it will be an ultra-wide display.

The reason for my change in thought is owed partly to an insightful message left in the comments of my original post, and partly due to having a day to really marinate on the idea, run figures, and most importantly, ponder over more than just raw numbers.

In the end, I think that Apple’s upcoming professional display will basically be a true ultra-wide 5K display, a 5.5K display, if you will. Apple may market this as a 6K display, which is not out of the realm of possibilities given its 6K3K dimensions.

Watch our video as I present an updated discussion about the Apple 6K Display.

Apple already has loads of modern, large displays in the wild thanks to the iMac Pro (and 5K iMac). Many of these displays are already a part of professional workflows, and this is especially true for the iMac Pro.

It makes sense for a new display to match some of the characteristics of the iMac Pro, including vertical size, and DPI. Such a design decision would ensure that the Apple 6K Display could serve as a seamless extension of the already existing iMac Pro that so many people already own, while also having the ability to operate as a standalone display for the upcoming Mac Pro and other Mac computers.

Instead of just producing a mere replica of the iMac Pro, it appears that Apple may be planning to bring an ultra-wide version of the 5K display to market. The idea of ultra-wide displays aren’t new, as we recently reviewed LG’s 5K2K UltraWide — but it would be for Apple. 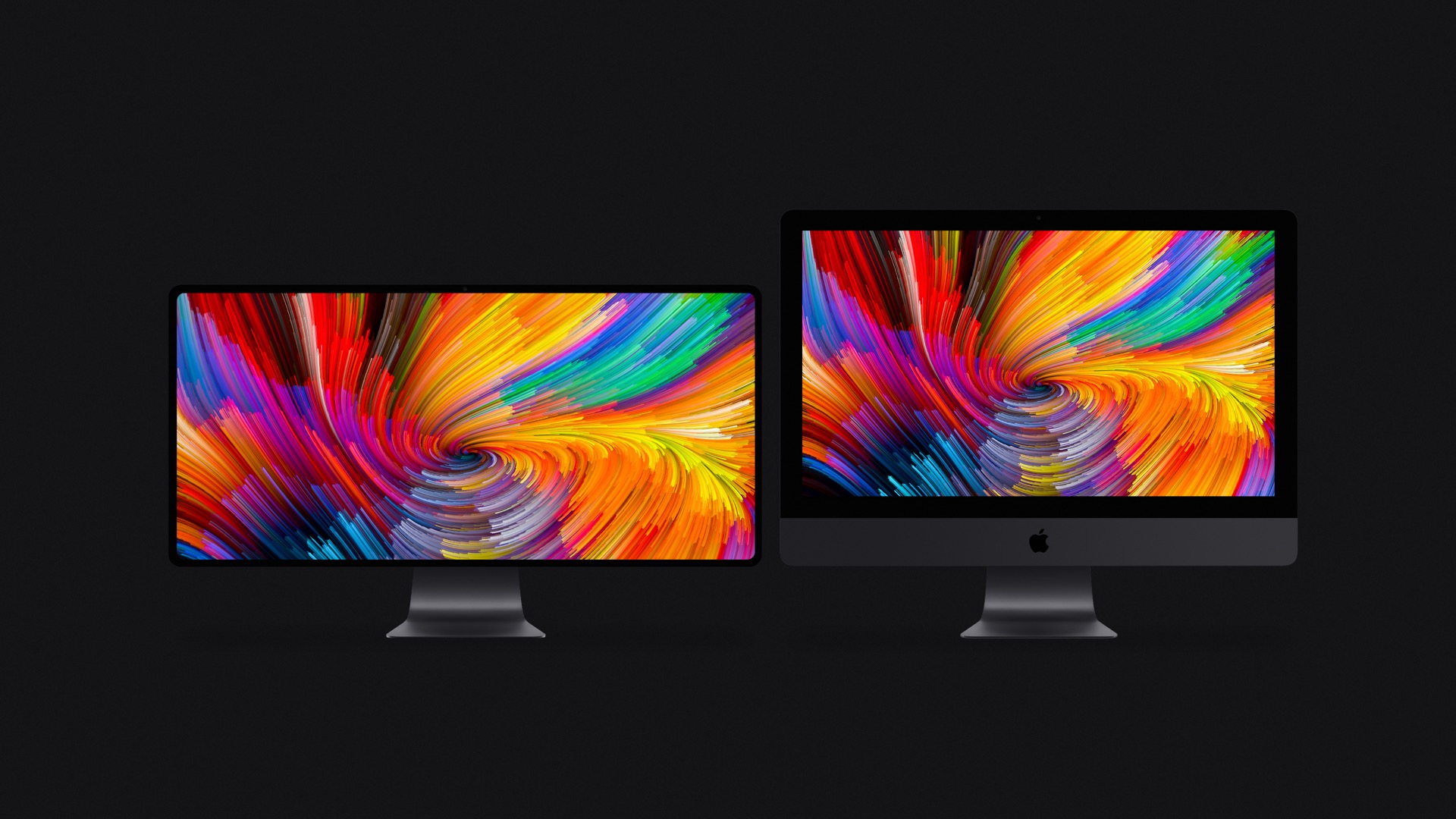 It appears that Apple will address this issue by producing a display that starts with a true 5K footprint, while expanding it horizontally with extra pixels to serve as an ultra-wide. This additional horizontal real estate comes in handy for content creators, especially when working with apps, like Final Cut Pro X, Adobe Premiere Pro, and others, featuring long horizontal timelines.

The native resolution for the upcoming Apple display will thus likely be 6240×2880, a true 5K footprint, expanded horizontally with extra pixels to serve as an ultra-wide display. These extra pixels carry it squarely into “6K” area, so Ming-Chi Kuo’s report of the display being a 6K, or 6K3K display matches up well. 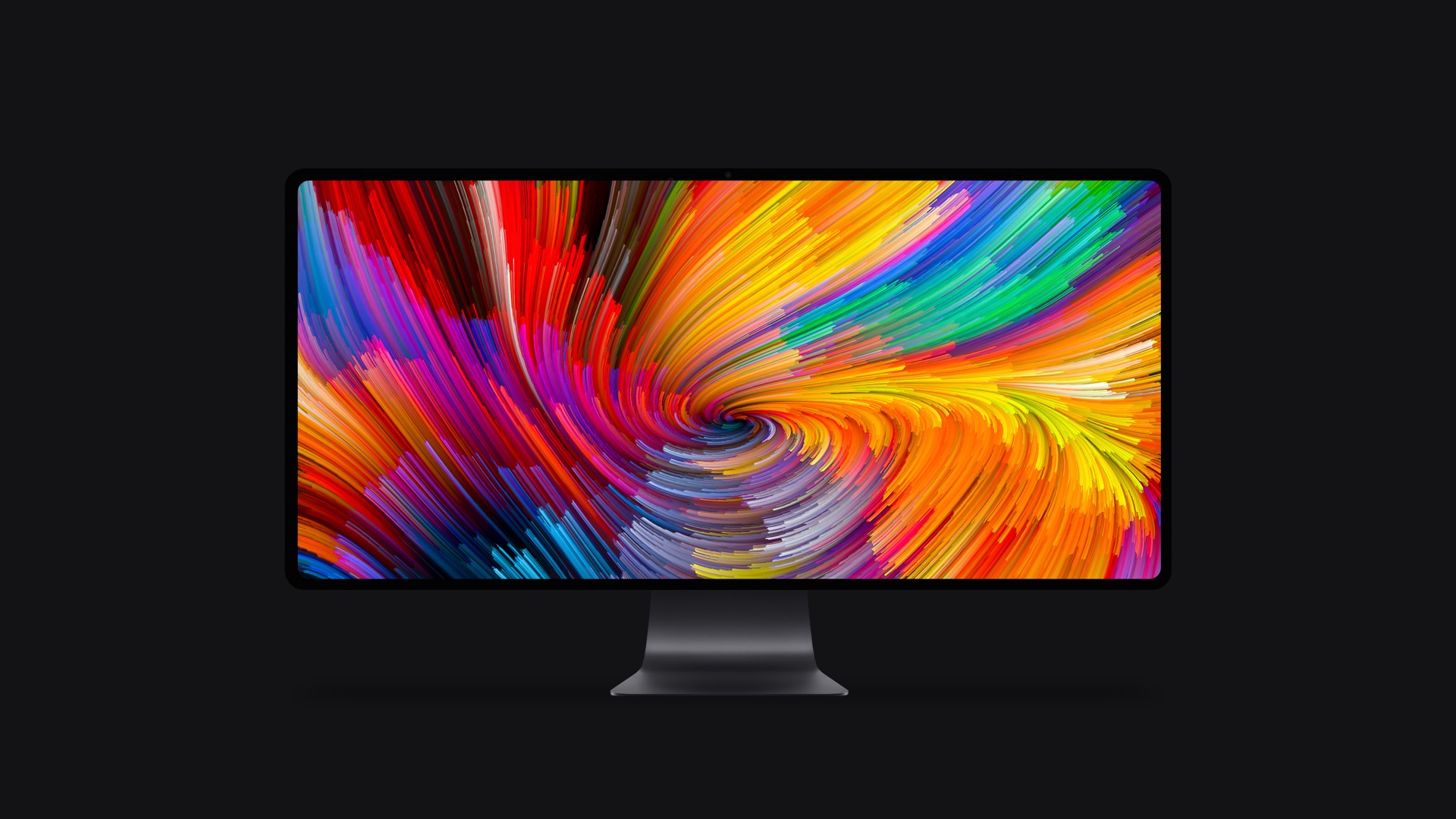 The aspect ratio of 2.17:1 is a widescreen aspect that’s great for content creators. It’s also the same aspect ratio shared by the iPhone X.

Such a panel would enjoy a pixel-doubled “Retina” default resolution of 3120×1440, which lends plenty of working space, while providing users with ultra-sharp, readable text.

But complementing the existing iMac Pro goes beyond matching vertical height of the display. Such a monitor would also need to match the DPI of Apple’s existing 5K displays to truly work as a drop-in extension of the existing display. 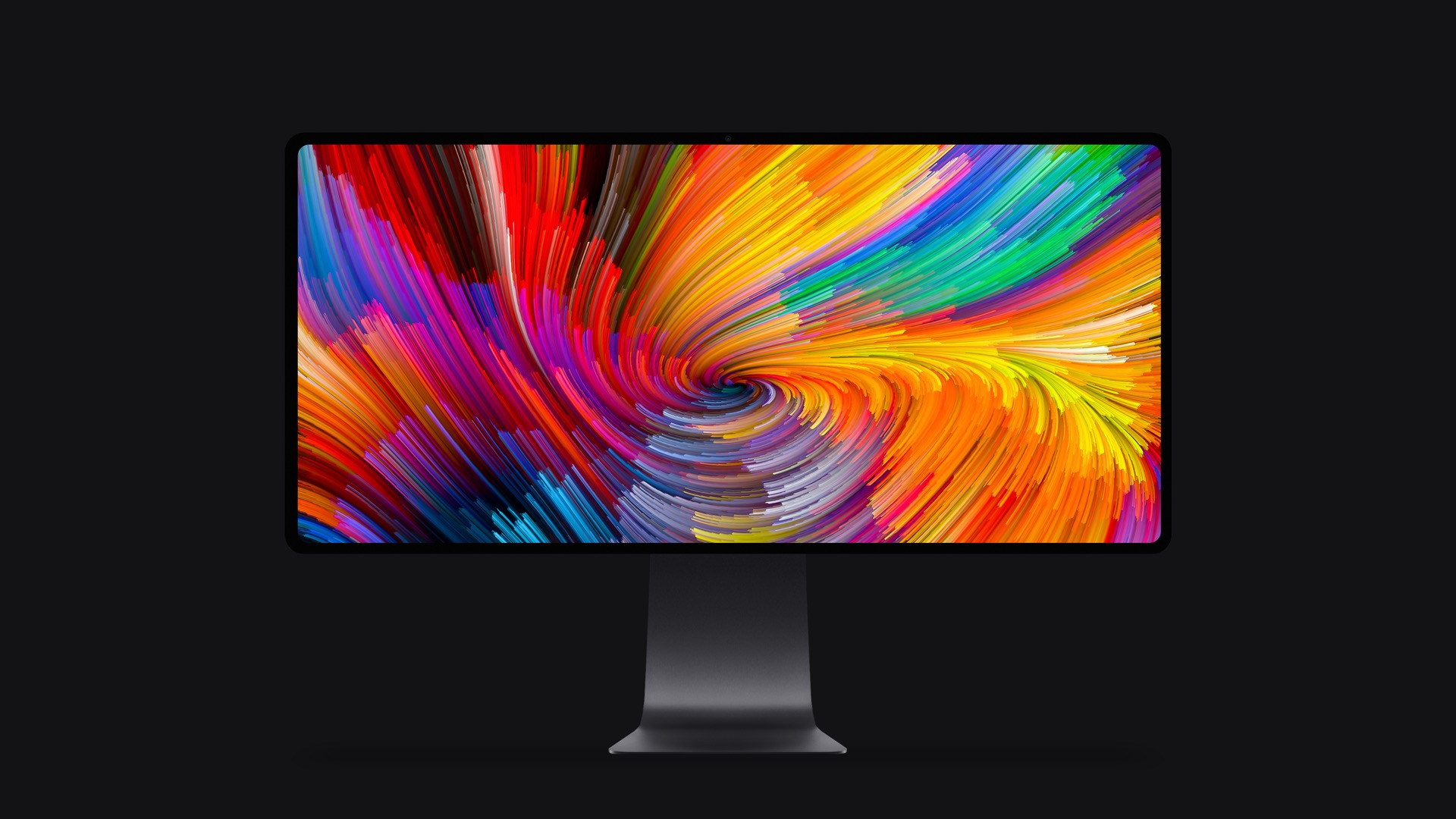 Calculating the PPI of the 27-inch 5K panel used in the iMac based on resolution and size:

Calculating the size of the Apple 6K display based on resolution and PPI:

The end result is a 6K3K ultra-wide display with 6240×2880 resolution, measuring 31.6-inches diagonally, and with a display panel height (13.2-inches) and PPI (218) the same as the existing 5K panel in the iMac and iMac Pro. The width of such a display would measure 28.7-inches, which is 3.1-inches wider than the iMac Pro, even when including its bezels.

How does the 6K Apple display stack up to other displays?

Here is a look at how Apple’s 6K display would stack up to other popular displays currently on the market. As you can see from the illustration, the 6K3K display retains all of the resolution of 5K, while offering additional horizontal real estate. 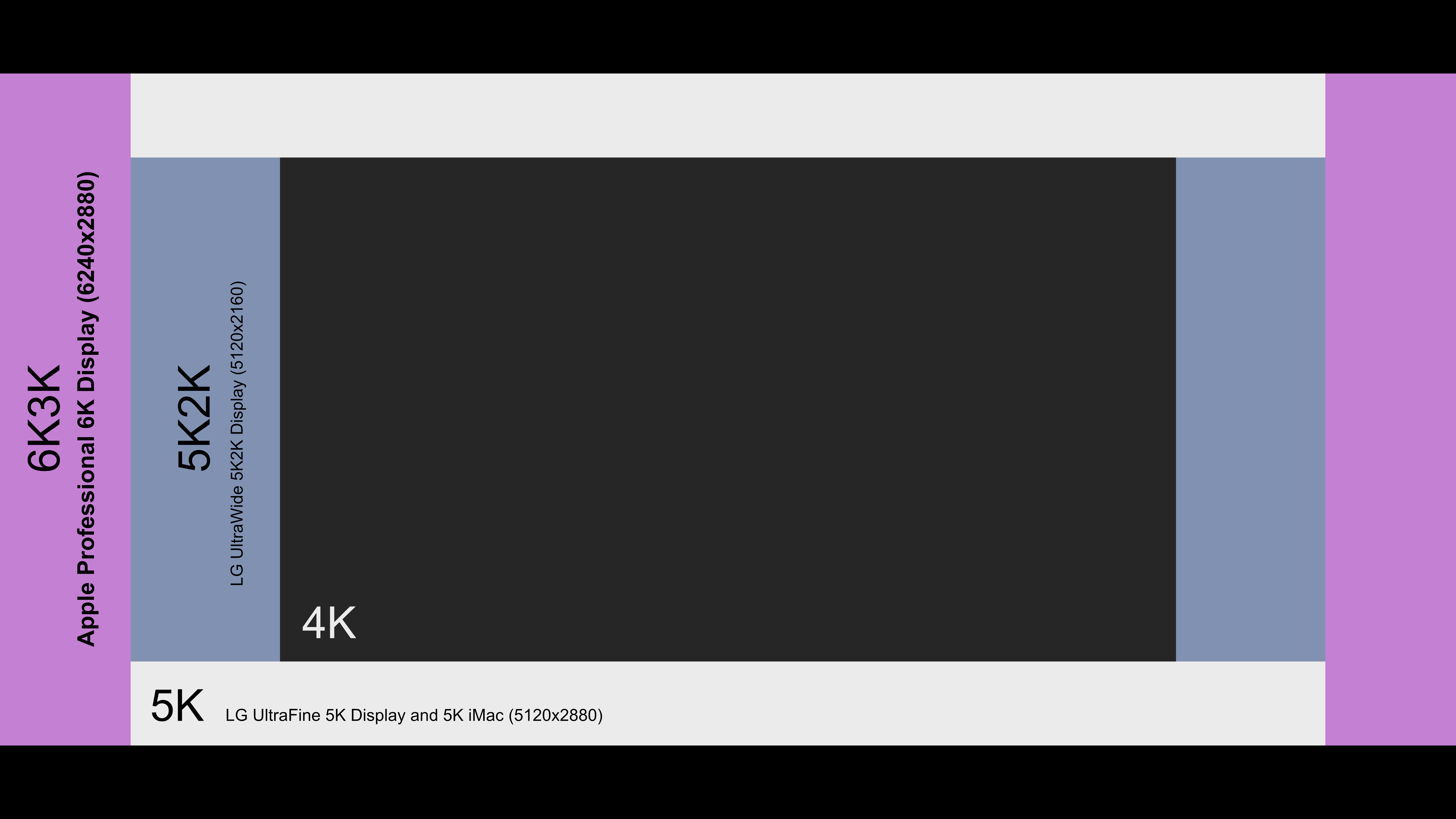 Such a display provides way more screen real estate than a 4K UHD display, along with significantly more pixels than LG’s UltraWide 5K2K display. This display would make for a true ultra-wide experience without sacrificing on vertical resolution. It’s basically the display that the LG UltraWide 5K2K display wishes that it was. 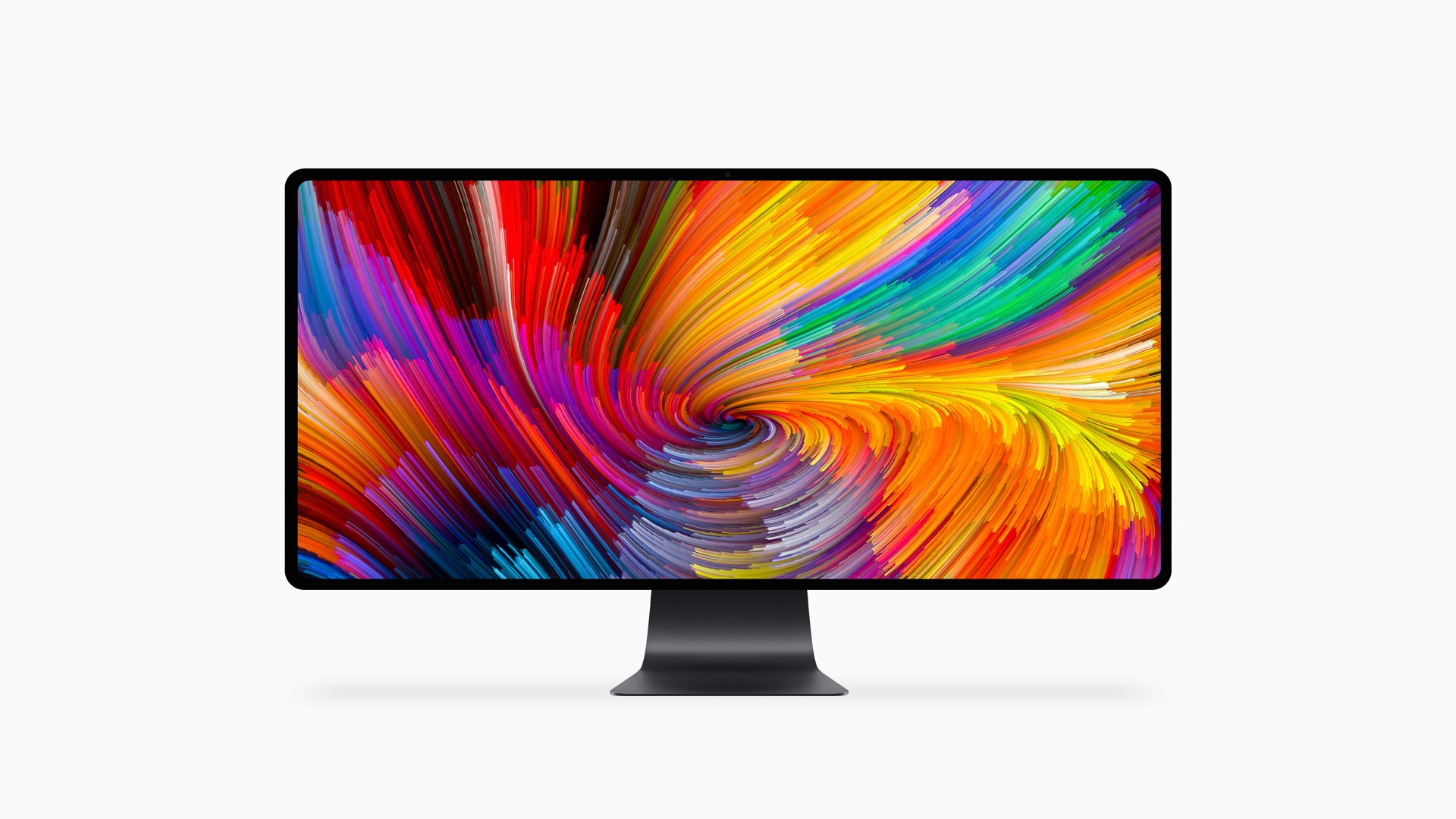 The Apple 6K display would feature 17,971,200 pixels versus 14,745,600 for the iMac Pro. That’s a 20% increase in pixels. There’s a whopping 48% increase in available resolution when compared to the LG UltraWide 5K2K. Compared to 4K UHD, the Apple 6K Display represents a massive 74% increase in resolution.

Looking at this from a marketing standpoint

Thanks to the 5K iMac and iMac Pro, there are already plenty of people using 5K displays right now. It makes sense for Apple to market such a display towards those users as well. Existing high-end iMac users would be able to add extra screen real estate to the machines they already own. 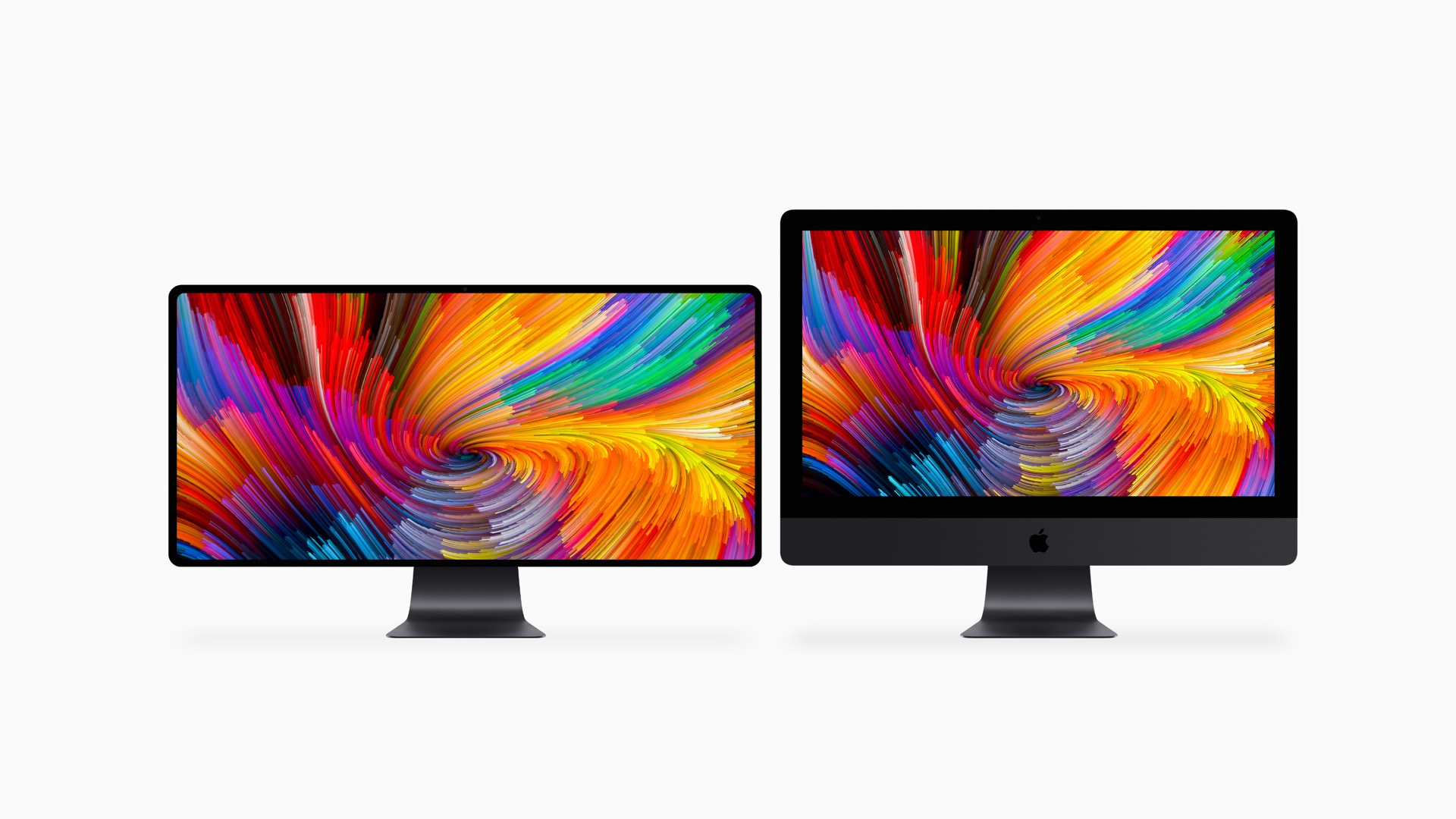 Another thing to consider is price. I imagine that such a display, with relatively modest gains in resolution, wouldn’t cost nearly as much as a completely rethought display, with lots of extra vertical and horizontal resolution. There’s also the matter of driving such a display via Thunderbolt 3, and still having room left over to accommodate I/O built into the display.

Other things to consider

Such a design would obviously lack the large chin and bezels found in the current iMac Pro. That means that Apple 6K display would require a redesigned stand to accommodate for the difference in height if Apple were to place priority on the displays matching up. A stand that could pivot up or down would be a welcomed new addition, as current-gen iMacs can only tilt. 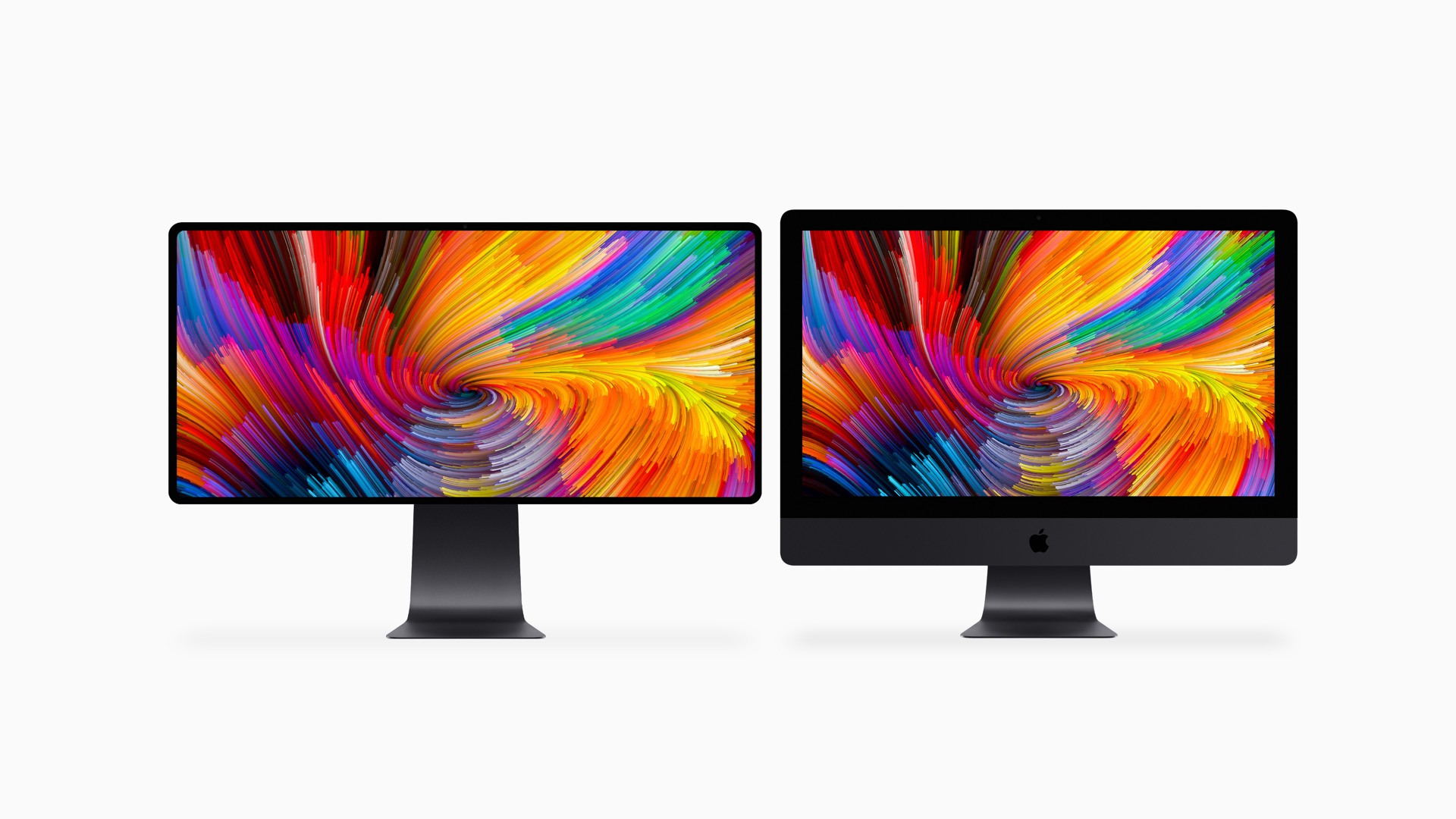 You also have to consider the possibility that Apple doesn’t care about matching up with previous products like the iMac. It’s possible that this could be a forward-looking display that place priority on design paradigms of past products. Perhaps this new display will be made with the new Mac Pro primarily in mind, which means things like vertical size and PPI could change.

The point is, we still don’t know the answers to many lingering questions, and won’t know the answer until more details emerge about Apple’s 6K display. Yet, I do think that a 6240×2880 native resolution 31.6-inch ultra-wide display is a distinct possibility.

The Apple 6K Display is an unreleased Apple prod…