After putting the iPhone XS Max and Samsung’s new Galaxy Note 10+ head to head in a drop test, YouTuber PhoneBuff is out today with the same devices in a speed test. While the Note 10+ beat the almost year-old iPhone XS Max, it wasn’t by as much as you might guess with Samsung’s latest featuring 12GB of RAM.

The end result isn’t a surprise here as the iPhone XS Max and its A12 Bionic processor and 4GB of RAM couldn’t quite keep up with the Galaxy S10+ that was released earlier this year. In that comparison, the S10+ (with Snapdragon 855 chipset and 8GB of RAM) finished the speed test 16 seconds faster than the iPhone XS Max. Notably, it was the first time a Samsung smartphone had beat the current iPhone since the Note 5.

Samsung’s Galaxy Note 10+ that was just released this month includes some spec improvements including 12GB of RAM and UFS 3.0 storage while still using the Snapdragon 855. So the question was really how much would the Note 10+ beat the iPhone XS Max by rather that if it would. 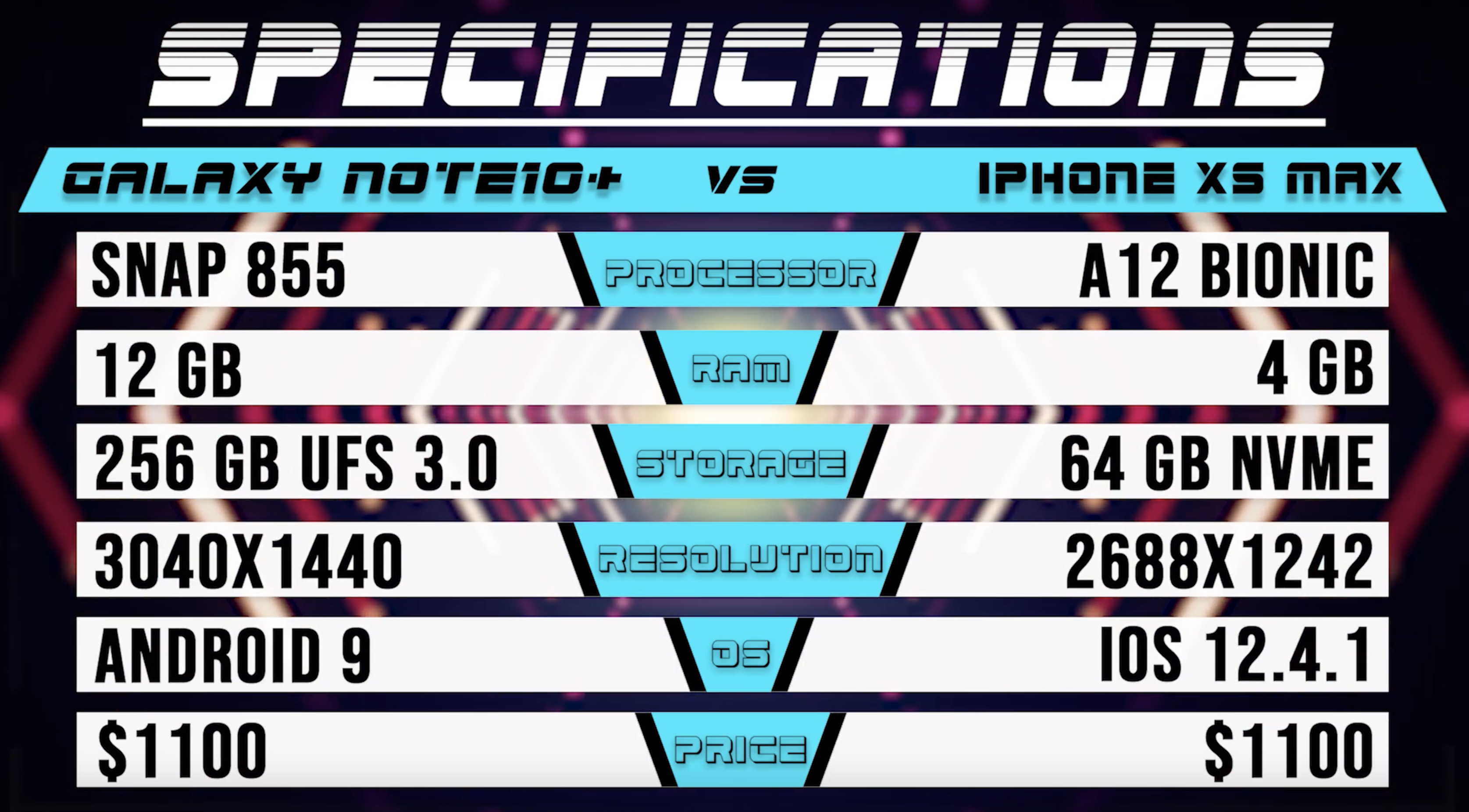 In addition to beating the XS Max in the speed test’s two laps by 30 seconds, the Note 10+ is the first Samsung device to beat an iPhone in PhoneBuff’s first lap as well as overall.

Of course, Apple is set to unveil its iPhone 11 lineup next month and will likely take back the crown from Samsung in these speed tests. But no matter what device you’re using and how often Apple and Samsung trade speed test titles, there’s no doubt flagship smartphones have become highly powerful. It’s also good to keep in mind that even when performed meticulously like PhoneBuff, speed tests are just one way to measure performance.

Check out the full speed test below: