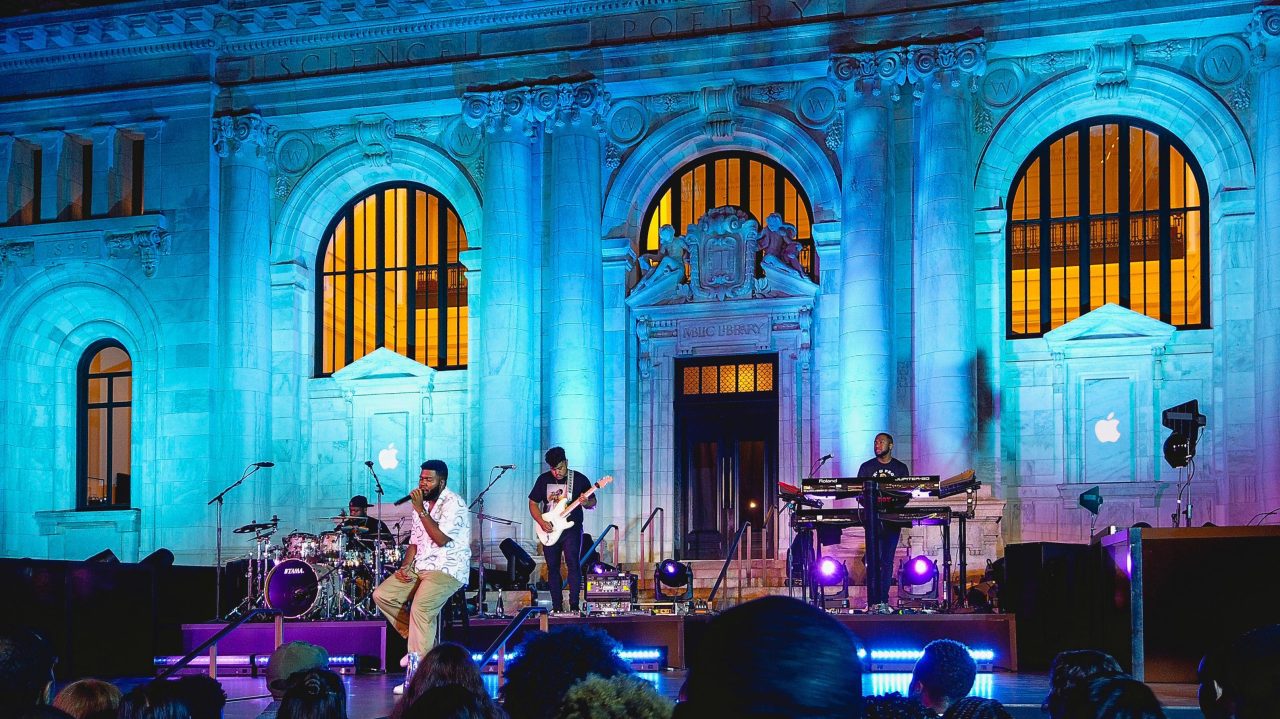 Over the summer, Apple held a series of Up Next Live concerts at Apple Stores around the world. The series wrapped up last weekend with a performance by Khalid at Apple Carnegie Library in Washington D.C. Now, Apple has released a collection of seven live EPs on Apple Music covering the summer concert series.

The live EPs each offer one of the Up Next concerts from this summer. They include releases from Bad Bunny, King Princess, Khalid, Omar Apollo, Daniel Caesar, Ashley McBryde, and Lewis Capaldi.

Apple held Up Next Live concerts throughout the summer in cities such as Milan, San Francisco, Brooklyn, Paris, London, and Chicago. The concert series was a partnership between Apple Music and Today at Apple, and an extension of the Up Next program, which highlights up and coming artists on Apple Music.

Apple Music subscribers were given the option to register for a chance at a ticket, with each concert being held at Apple Store’s Forum or amphitheater after store hours. Apple Music users can listen to the new EPs by searching for one of the aforementioned artists.