Huawei’s AirPods clones get noise cancellation ahead of Apple 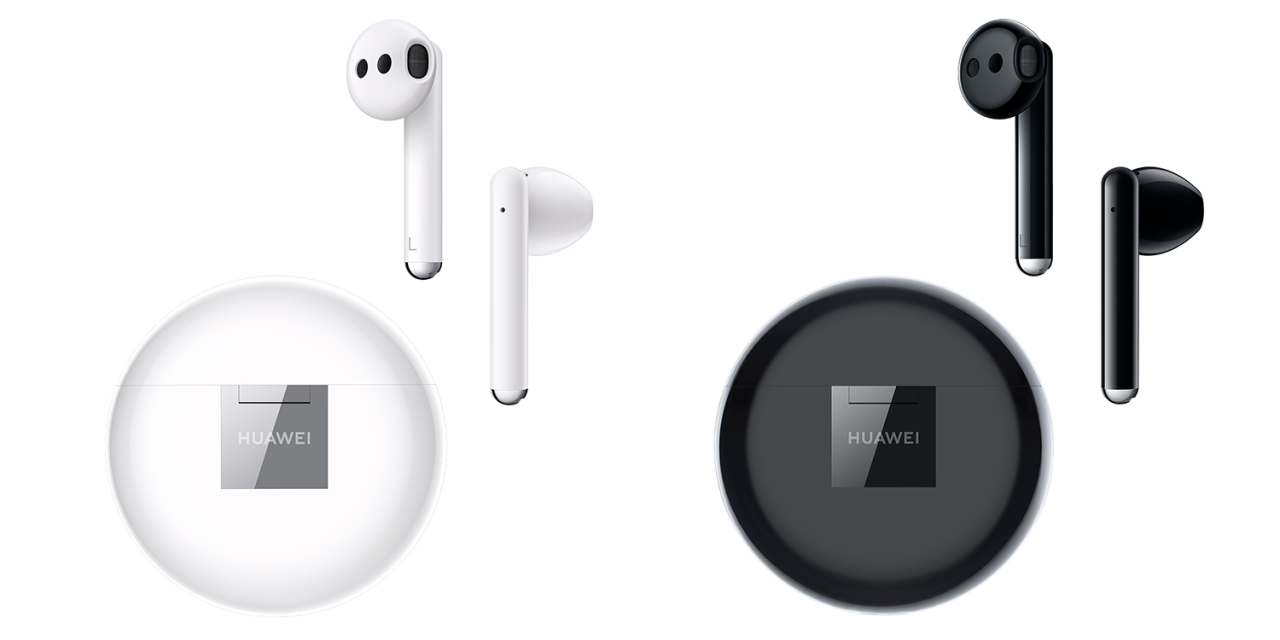 FreeBuds 3 are, like the original model, also available in black…

The most remarkable feature of the FreeBuds is the adaptive noise cancelation (ANC), which is unusual in headphones of this size. Huawei claims the FreeBuds are capable of 15-decibel ambient noise reduction.

That isn’t a massive amount, but it’s hard to achieve more with open-fit in-ear headphones. Assuming the rumors of 3rd-generation AirPods with ANC are true, they are likely to offer similar noise-canceling performance. The next-gen AirPods are also said to be more water-resistant – though existing models do better than expected in that respect.

Huawei also claims faster charging than AirPods, and to reduce external noise when using the microphones.

Huawei has opted for an open-fit earbud design with stems, tucked inside a circular and glossy black or white case. The FreeBuds 3 boast four hours of battery life and an additional 20 hours with the case. Huawei claims that the FreeBuds charge 100% faster than AirPods 2 or 50% faster if they’re charged wirelessly […]

Bone conduction technology can tell when you’re speaking and, combined with a refreshed microphone duct, can block out the wind and allow you to continue your conversation even if you’re travelling 20 kilometers per hour.

If it’s the black color that appeals most, there are options for AirPods. ColorWare offers AirPods 2 in a choice of 64 finishes, with both gloss and matte options. If you want something cheaper, there are AirPods skins; at the other end of the scale, there are 18K solid gold ones – though they are a one-off, and you’d have to persuade their creator to part with them.