Parallels 15 review: Key refinements for DirectX 11 and Catalina lead the way for Windows virtualization on macOS

When Parallels 15 was released a few weeks ago, I realized that there are two types of people when it comes to virtualization software: those that care deeply and those that cannot fathom why people still run Windows/Linux on top of macOS. The more people I talk to about this, the more I realize that the market might have been broader for running Windows on macOS back during the initial Intel transition, but that today, the market is more in-depth. The people who use this software rely on it for essential tasks related to their jobs and or hobbies. The good thing for them is that Parallels 15 continues to go deeper with Windows integration on macOS. What’s the verdict on Parallels 15? After using it for a few weeks, let’s dive into my Parallels 15 review.

In my review of Parallels 14, I mentioned that I had come from VMware Fusion after many years. From 40,000 feet, both of these apps do the same thing, but I’ve grown to love a lot of the little details that Parallels provides, so there was no question I was going to stick around. When version 15 was released a few weeks ago, I was ready to upgrade. One thing I’ll mention is that I am running the beta of macOS Catalina, so if you are still on Mojave, your experience might be slightly different. I am researching app compatibility for my school, so I always have to dive into the betas during the summer so I can be in touch with our vendors. I didn’t come across any major beta problems while testing Parallels 15 for my review.

As I mentioned in my review last year, Parallels feels buttery smooth. My version 14 review was using a 2015 MacBook Pro, but this new one is on a 2019 MacBook Pro, so I expected it to run even better. To eliminate any Windows crud, I elected to set up a brand new virtual machine. Parallels makes the entire process incredibly simple. For a new user installing Windows, I always felt like the installation process was tedious. Now, I could trust any of my employees to set up their own Windows VM as long as they have a Parallels and Windows activation key. For IT managers reading this Parallels 15 review, I hope you’ll make note of how simple the installation process is for new users. 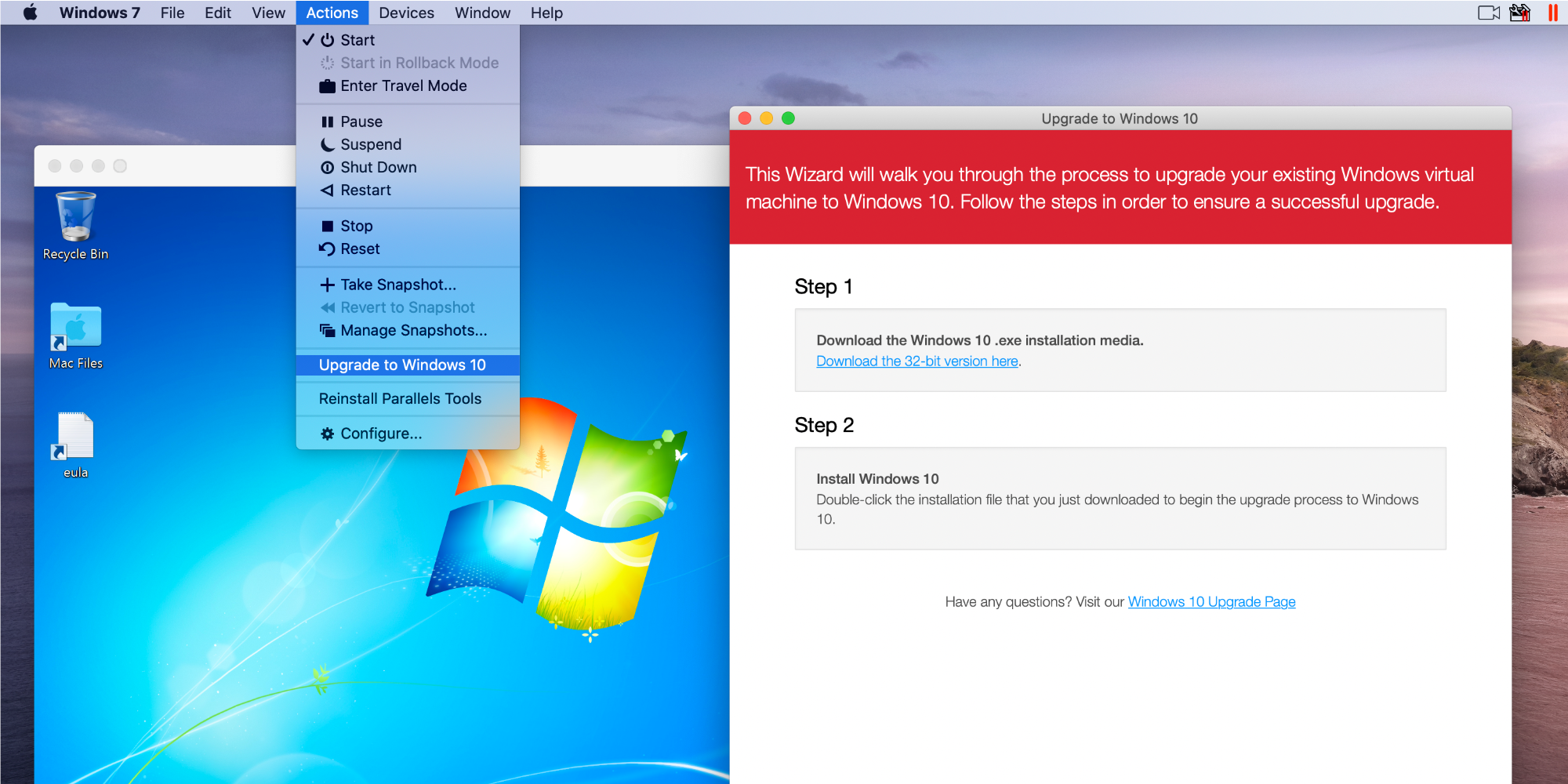 Parallels 15 doesn’t bring any radical new features to the ecosystem, but it does bring several refinements that long-time users will appreciate. The reality of this type of app is that continual improvements are what users want. Parallels should get out of the way as much as possible to make running Windows as pleasant as possible.

The headline features of version 15 are the adoption of Apple’s Metal API and support for Microsoft DirectX 11. Version 15 users can run several CAD apps plus PC game titles as new options for Mac. Now, Autodesk 3ds Max 2020, Lumion, ArcGIS Pro, Master Series, FIFA 19, Age of Empires, Fallout 4 and more can all run through Parallels. I know for people who use Autodesk products, they have often preferred the PC versions over the native Mac ones due to various optimizations. My sister-in-law is a landscape architect, and she prefers to use the PC versions on low spec hardware over the Mac version on a souped-up iMac. With the continued enhancements to Parallels, she could easily run the PC version on top of macOS without much slowdown.

What else is new in version 15? With macOS Catalina, Sidecar and Apple Pencil are supported. While I don’t have a use for Apple Pencil support in Windows, those that do will love it. Compatible apps are CorelDRAW, Corel Painter, and Microsoft SketchPad. Again, if you are reading this review and a lot of the features don’t interest you, likely, this product wasn’t built for you. Version 15 also brings support for the Xbox 360 controller for those that want to play PC only games.

For those that run Linux in Parallels, Version 15 provides Virtio GPU, which allows the use of sliding mouse, dynamic resolution and multimonitor support. In my testing using the macOS Catalina beta, everything with Sidecar worked as you would expect.

So now that we’ve looked at all of the new features, how do they play out in practice? Like I said earlier, version 15 is a refinement of the virtualization experience. If you are the type of person who uses Windows in a VM once a week to run a handful of applications, you likely won’t appreciate a lot of the work that’s gone into Parallels 15. In my usage, everything was smoother and faster, though. Parallels confirms that with their spec sheet.

When version 15 was released, I had a school parent stop me and mention that this version finally allowed him to ditch running Boot Camp, and could do all of his gaming inside Parallels 15. That comment helped me understand how Parallels is going more in-depth with its software development. When I started to use the new version in preparation for a Parallels 15 review, this was the angle I knew I wanted to take. The low hanging fruit was solved years ago, and features like Apple Metal support API support are things that can do to drive customer satisfaction.

The Verdict: Is version 15 worth the upgrade? 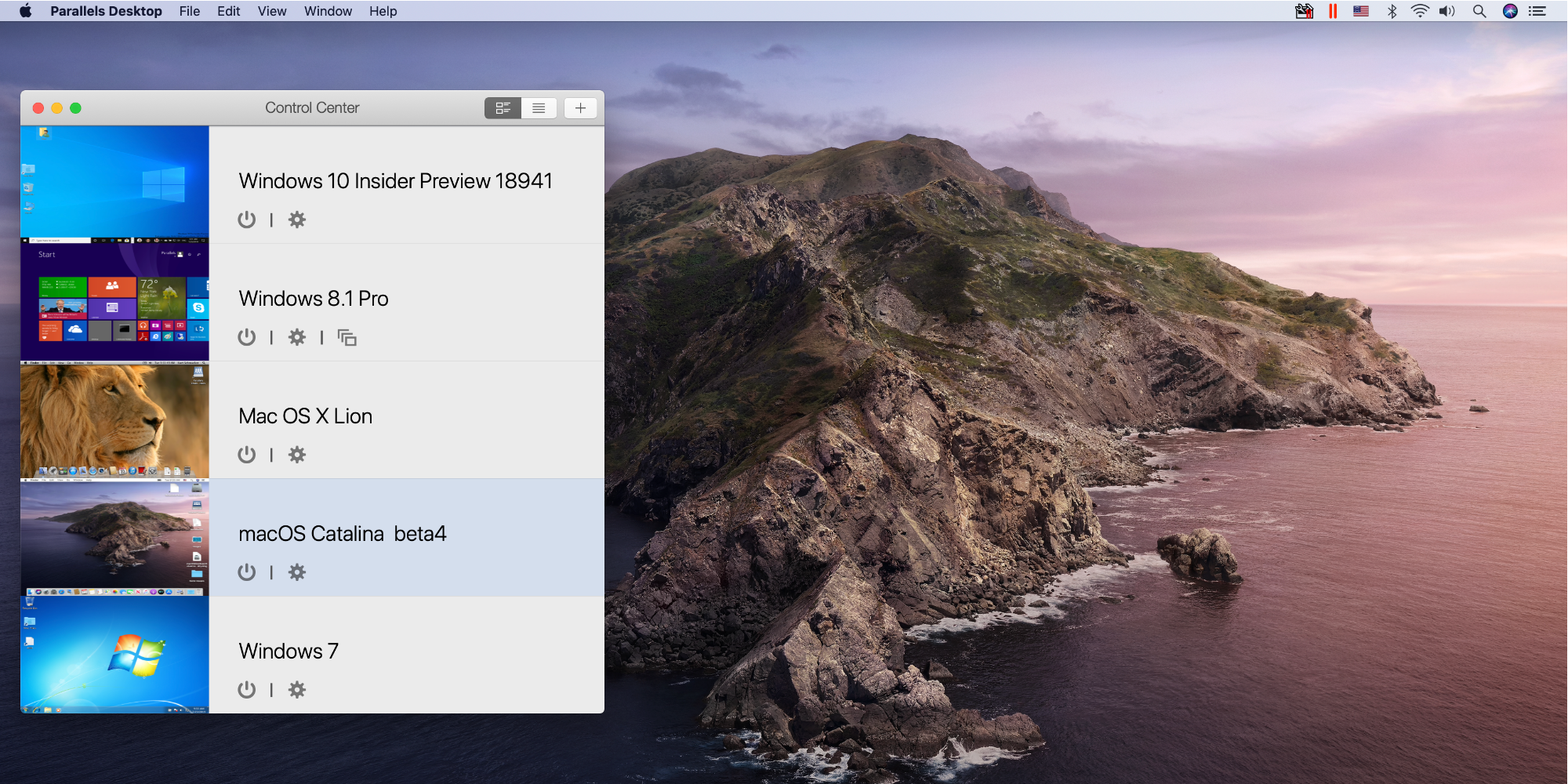 I think this answer depends less on what’s new in version 15 and more on what your use case is for Parallels. If you are the type of person who leaves a virtual machine on all day for access to Windows-only applications, software development tools, or for testing, it’s going to be a welcome upgrade.

If you are running a compatible version for Mojave/Catalina, and your needs are still being met, then keep running it until they aren’t. I know a lot of the comments around these yearly release cycles complain about not enough new features, but on the flip side, people are who trying to get every ounce of power out of Windows on a Mac will appreciate the refinements.

If you are running version 14, and none of the new version 15 features excite you, then skip this upgrade. But the reality is that the team at Parallels has to keep moving because macOS keeps moving. If you want the latest speed improvements, access to DirectX 11 supported apps, and support for Sidecar in Catalina, it’s a worthy upgrade. I appreciate the speed improvements myself.