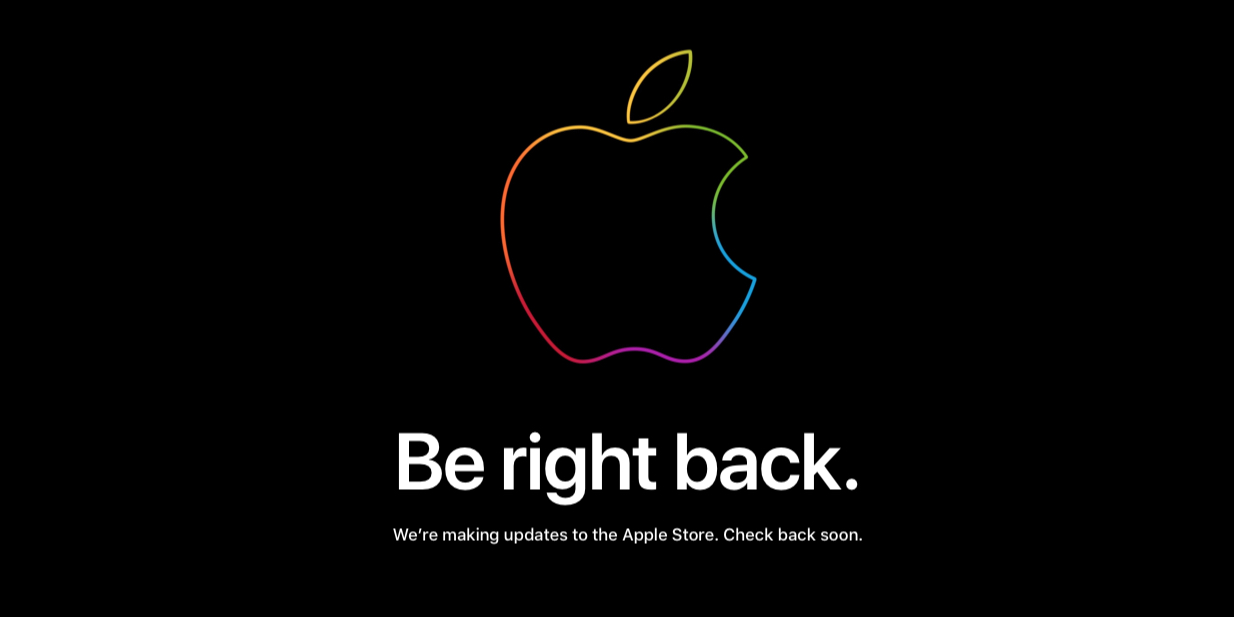 As is tradition, the Apple Store is down ahead of today’s Apple event.

Apple is expected to announce a trio of new models; the iPhone 11, iPhone Pro, and iPhone Pro Max flagship phones for the holiday season. The event kicks off at 10 a.m. Pacific Time.

Apple has drawn a lot of attention to today’s event, with heavy marketing across social media and in online ads. The strapline for today’s event is, “By innovation only,” which has further raised expectations.

So far, though, the rumors point to a relatively straightforward affair. The iPhone 11 will feature Apple’s new A13 chip, a dual camera system (up from the single camera seen in the iPhone XR), increased water resistance and durability, possibly longer battery life, and will be made available in some new case-color options.

The iPhone Pro and Pro Max will include all of the iPhone 11 improvements, but with an additional third lens with a controversially large square camera bump. The third lens is believed to be for taking ultra-wide shots, but Apple is also expected to use all three lenses in unison with computational photography algorithms to enable clever camera features, apparently including better low-light performance. This is the focal point of the “Pro” appeal and will be a big thing to look out for in the presentation.

Outside of iPhones, Apple is also expected to unveil updates to the Apple Watch. This includes new ceramic and titanium case options. It may also include sleep-tracking features. Whether Apple will name this Apple Watch Series 5 is an open question, as the company is not believed to be updating the Watch’s processor.

Other possible announcements include a new 10.2-inch iPad, pricing and availability details for Apple TV+ and Apple Arcade, a release date for the Mac Pro, a Tile-like Apple Tag object tracking accessory, and maybe the unveiling of the widely rumored 16-inch MacBook Pro. However, we wouldn’t get your hopes up too much for Mac news today. That is more likely to follow with a second Apple event in October.

Stay tuned to 9to5Mac as we bring live coverage of all the announcements, starting at 10 a.m. PT.