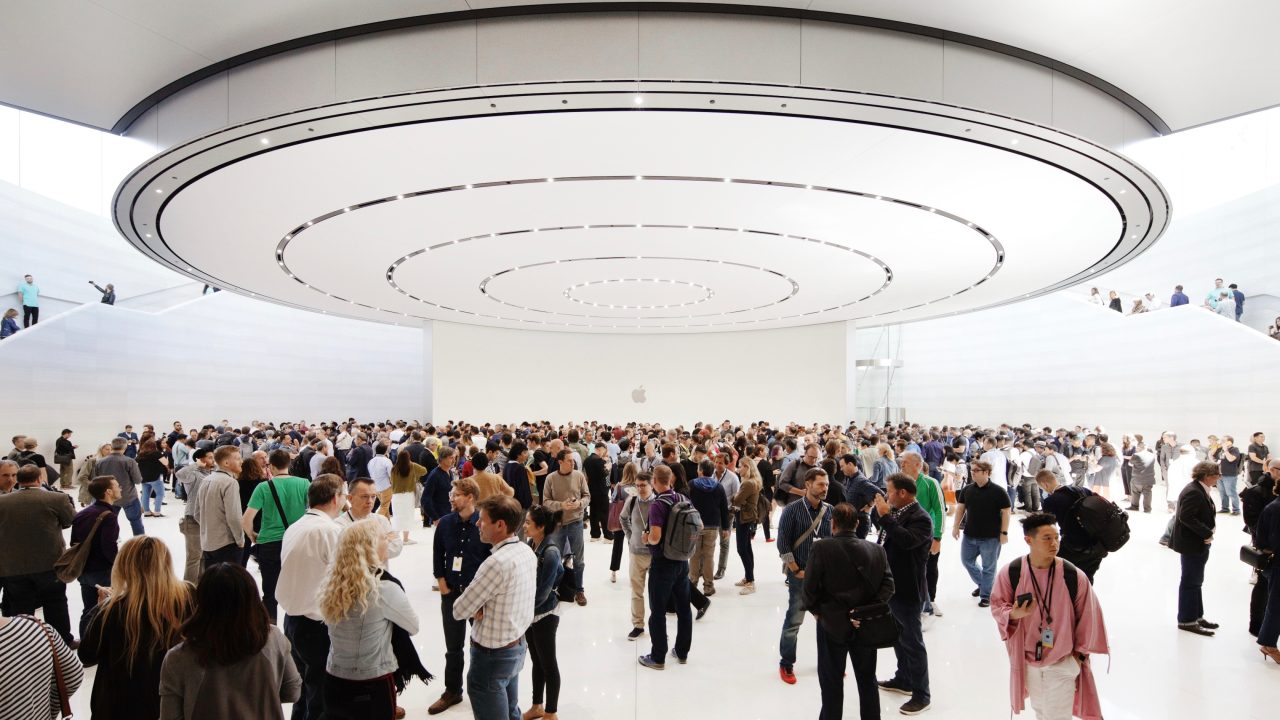 After Apple unveiled the iPhone 11, iPhone 11 Pro, and Apple Watch Series 5 at Steve Jobs Theater, members of the press were given time to go hands-on with the company’s latest products.

The Verge describes the always-on display as a “big deal” for the Apple Watch from a timepiece perspective:

Of course, the ability to always see the time without having to do a convoluted arm gesture is a big deal, and it finally makes the Apple Watch a competent timepiece. It works just as you’d expect: You can see the full watchface at a dimmer brightness all the time and at full brightness when you lift your wrist up.

CNET offers some commentary on the titanium finish:

The titanium case has a brushed-metal look that’s pretty different from the polished mirrored steel of the stainless models. The Apple Watch Series 5 doesn’t feel dramatically different, but having an always-on display is a big and overdue change that we didn’t expect, but are glad to welcome.

Watch a roundup of Apple Watch Series 5 hands-on videos below:

Next up, we have the iPhone 11 — Apple’s follow-up to the iPhone XR. It’s available in new colors, packs a new dual-camera system, the new A13 Bionic processor, and more. It’s also $50 cheaper than the iPhone XR, coming in at $699.

TechRadar took a brief look at the new camera technology in the iPhone 11:

The quality of the images we took was impressive, although we couldn’t test the camera hard in low-light settings, which is a real test for today’s high-end smartphones. Apple is touting its night mode for such situations, and the test images they had for us to see looked good indeed.

Engadget on the camera bump:

The biggest aesthetic change here — aside from a handful of new colors, like a neat minty green — is the dual camera around back. Most of the rumors going into the event suggested we’d be getting a telephoto camera here, but Apple zagged on all of us with a 12-megapixel ultra-wide cam, and that was probably for the best.

Watch a roundup of iPhone 11 hands-on videos below:

Last but not least is the iPhone 11 Pro, which packs a new triple-lens camera setup as well as matte design on the back, new colors, an improved OLED display, and more. The iPhone 11 Pro is more durable than previous iPhones, and packs notable improvements to battery life as well.

Apple says this is an improved OLED display in a number of ways, maybe the most important being that it can now reach a maximum brightness of 1200 nits. That’s pretty much unheard of in mobile devices, and it puts this phone in the same ballpark as the very best, brightest consumer HDR TVs. This is going to be a very good phone to watch movies or play games on, and the screen looked spectacular in person.

The Verge comments on the new software features for the wide-angle zoom features:

Obviously, Apple is very good at lighting its hands-on areas, so I haven’t had a chance to really test the cameras. But I did play with the new camera interface a bit, and it’s great. When you’re in the standard “wide” zoom, the viewfinder fills the whole screen, so you can more easily see what mode you’re in. And if you slide through the wide and telephoto lenses instead of tapping, it shows you a dial with your zoom level in both multiples and millimeters.

Watch a roundup of iPhone 11 Pro hands-on videos below: