The Meridian Watch face features four round complications arranged in a diamond pattern near the center of the face.

The watch face itself features an analog time display that utilizes tick marks and is devoid of any numbers. 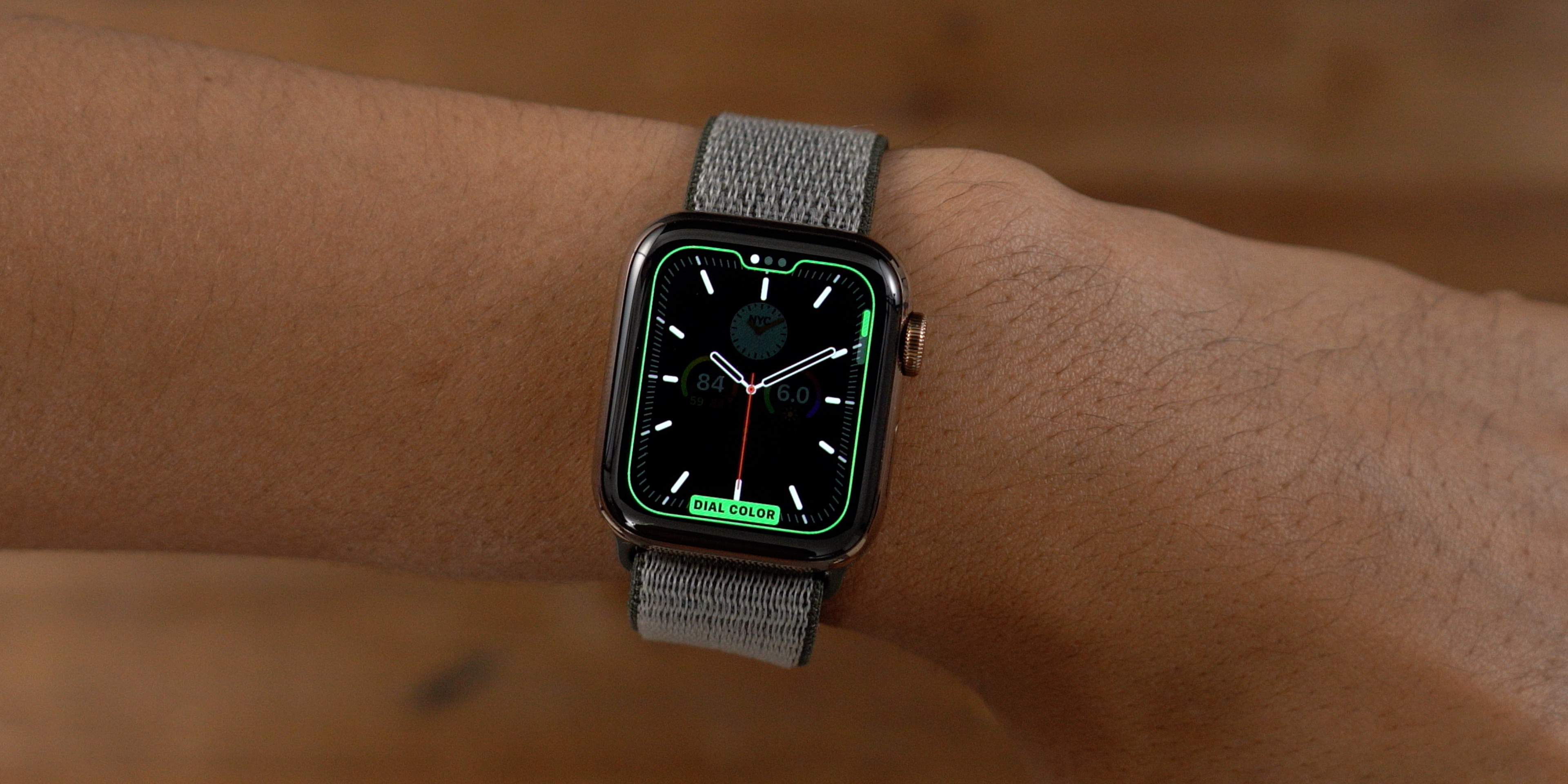 Meridian is featured prominently in Apple’s promotional materials for Apple Watch Series 5, and will surely be one of the more popular new watch faces on offer.

Besides Meridian and new Nike options, watchOS 6 offers a nice helping of other new watch faces including California, Numerals Duo, Gradient, Solar Dial, and others. Be sure to watch our hands-on look at over 80 new watchOS 6 features for a behind the scenes breakdown of all of the major new features included in the upcoming September 19th release.

What do you think about Meridian? Would you consider using it as your primary watch face?