iPhone XR vs iPhone 11 comparison: Which should you buy?

Apple this week officially introduced the iPhone 11 as the successor to the iPhone XR. With the iPhone XR sticking around in the lineup at a lower price point, however, many buyers will likely struggle to pick between the two. Read on as we break down the iPhone XR vs iPhone 11 battle.

The iPhone XR was first introduced last year alongside the iPhone XS and iPhone XS Max. Essentially, it was Apple’s way of bringing the iPhone X-style bezel-less design downmarket with a more affordable price.

The iPhone XR features an LCD “Liquid Retina” display with a 1792×828 resolution at 326 pixels-per-inch. One thing to note is that due to the LCD display used here instead of OLED, the bezels on the iPhone XR are slightly larger than those on the iPhone XS and iPhone 11 Pro. 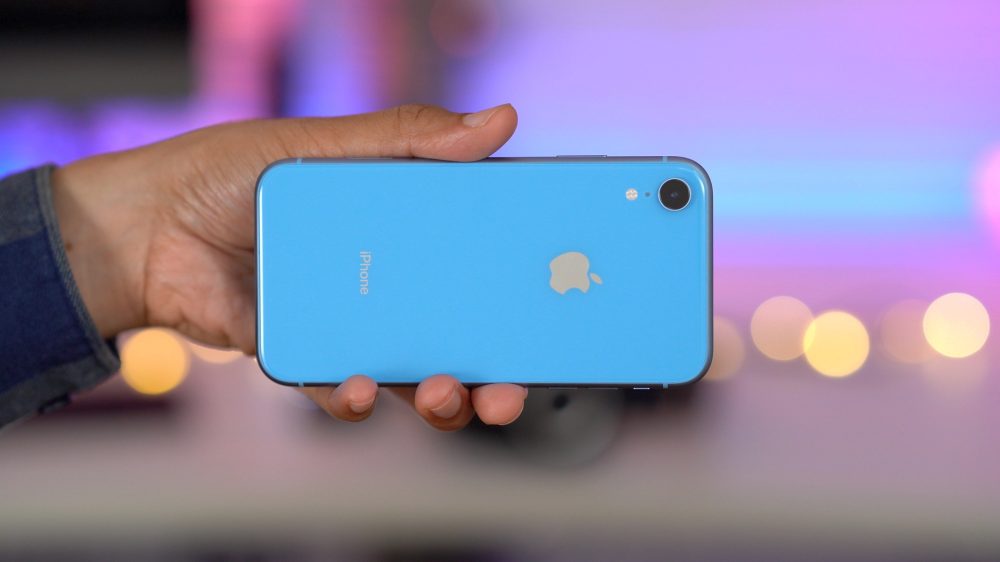 The front-facing camera on the iPhone XR comes in at 7MP with support for 1080p video recording at 30 or 60 frames-per-second.

The iPhone XR lacks support for 3D Touch, but that’s no longer a differentiator as Apple has dropped 3D Touch across the board with the iPhone 11 and iPhone 11 Pro. The iPhone XR is powered by Apple’s A12 Bionic processor and second-generation Neural Engine.

In terms of battery life, the iPhone XR is rated for 25 hours of talk time, 15 hours of internet use, 16 hours of video playback, and 65 hours of audio playback. It’s capable of fast charging and can add 50% in 30 minutes, but you’ll need to buy an 18W charger separately. 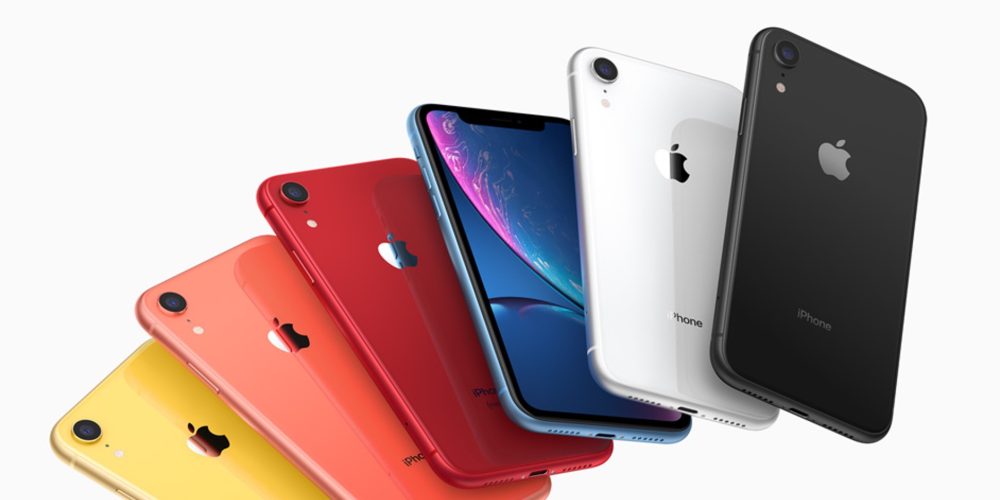 The iPhone XR has always stood out in the iPhone lineup because of its price point, but that’s especially true this year. In conjunction with the iPhone 11 and iPhone 11 Pro, Apple has dropped the price of the iPhone XR to $599 — that’s a $150 price drop compared to what it originally sold for. You can upgrade to 128GB for $649. Unfortunately Apple has done away with the 256GB tier, but that $50 jump from 64GB to 128GB is a notable deal compared to Apple’s usual storage pricing. The iPhone XR is available in six colors: white, black, blue, yellow, coral, and (PRODUCT)RED.

If you’re planning to pick up an iPhone XR, here are some of our favorite leather cases, especially notable since Apple does not offer its leather cases for the iPhone XR: 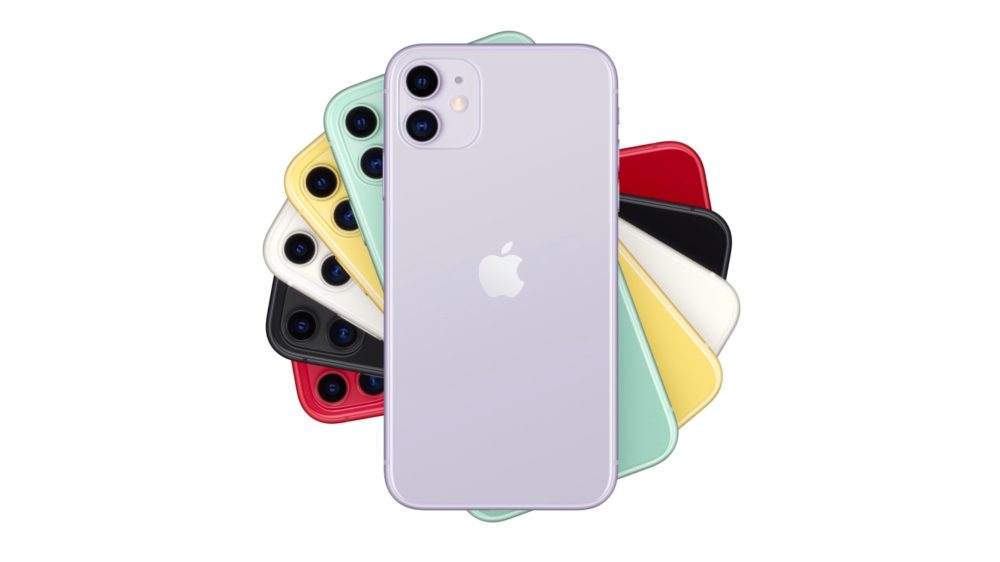 On the surface, the iPhone 11 looks very similar to the iPhone XR — packing a 6.1-inch display with a glass and aluminum chassis. On the back, you’ll notice a new square camera bump, while the Apple logo has also been centered. The “iPhone” branding is also gone, while the water-resistance rating has been increased to IP68, which means it can withstand a maximum depth of 2 meters up to 30 minutes.

The display on the iPhone 11 is unchanged compared to the iPhone XR, meaning you still get the LCD “Liquid Retina” display with a 1792×828 resolution. While it would have been nice to see Apple switch to OLED, that likely would have driven the price up.

The iPhone 11 is powered by Apple’s A13 Bionic processor and its third-generation Neural Engine. The new Neural Engine enables new camera features including improved Smart HDR performance as well as something called Deep Fusion. Deep Fusion will come later this fall and uses “advanced machine learning to do pixel-by-pixel processing of photos, optimizing for texture, details, and noise in every part of the photo,” according to Apple.

Apple is also looking to compete with the Google Pixel’s popular Night Sight feature, and has added “Night mode” to the iPhone 11. The jury is still out on how it compares to Google’s technology, but Apple says the feature is enabled automatically and works to brighten photos and reduce noise in low-light situations. Portrait mode performance has also been enhanced, thanks to the addition of the second lens.

Meanwhile, the front-facing camera has been upgraded to 12MP and now supports 4K video recording at 24 fps, 30 fps, or 60 fps. You can also take slo-mo 1080p video at 120 fps. Apple also says the iPhone 11 supports Dolby Atmos for audio playback.

Apple touts that the iPhone 11 gets one more hour of battery life than the iPhone XR. Apple’s technical specifications page indicates 17 hours of video playback, 10 hours of streaming video, and 65 hours of audio playback. Like the iPhone XR, the iPhone 11 is capable of fast charging and can add 50% in 30 minutes, but you still need to buy an 18W charger separately.

You can read more about the breakdown of iPhone 11 battery life here.

The iPhone 11 doesn’t support 5G connectivity, but Apple does say that it packs “gigabit-class LTE” support. Early reports suggest that this could mean a notable speed boost in LTE performance. There’s also support for WiFi 6 with the iPhone 11.

Which should you buy: iPhone XR vs iPhone 11?

The iPhone XR is best for people who want the iPhone X-style design, but in a more affordable form factor. While you miss out on new camera features, the more powerful A13 Bionic processor, and new colors, you’re getting an excellent phone that will receive updates and be supported by Apple for years to come.

The iPhone 11, meanwhile, is a stepping stone between the iPhone XR and the iPhone 11 Pro. If you value features such as optical zoom and night mode, it could be worth the upgrade — especially with the price difference being $100 instead. Furthermore, if you need 256GB of storage, the iPhone 11 is your only choice without spending iPhone 11 Pro-level money.

For many people, however, the iPhone XR is likely the best value iPhone on the market right now. It’s a stellar phone made even better by a $599 starting price, and we could even see it drop lower as retailers prepare for the holiday season.

Do you plan on picking up an iPhone XR or iPhone 11? What do you think of the iPhone XR vs iPhone 11 debate? Let us know down in the comments. 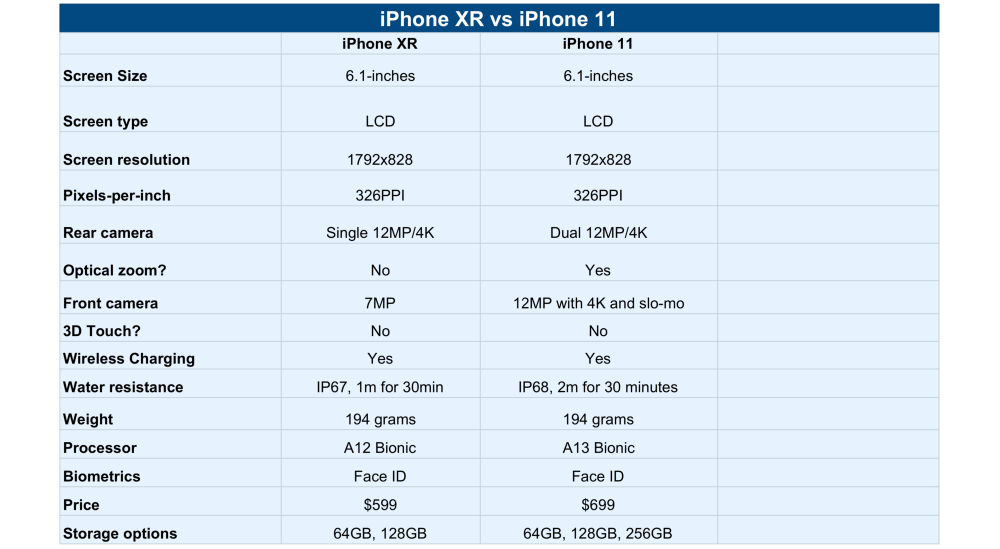