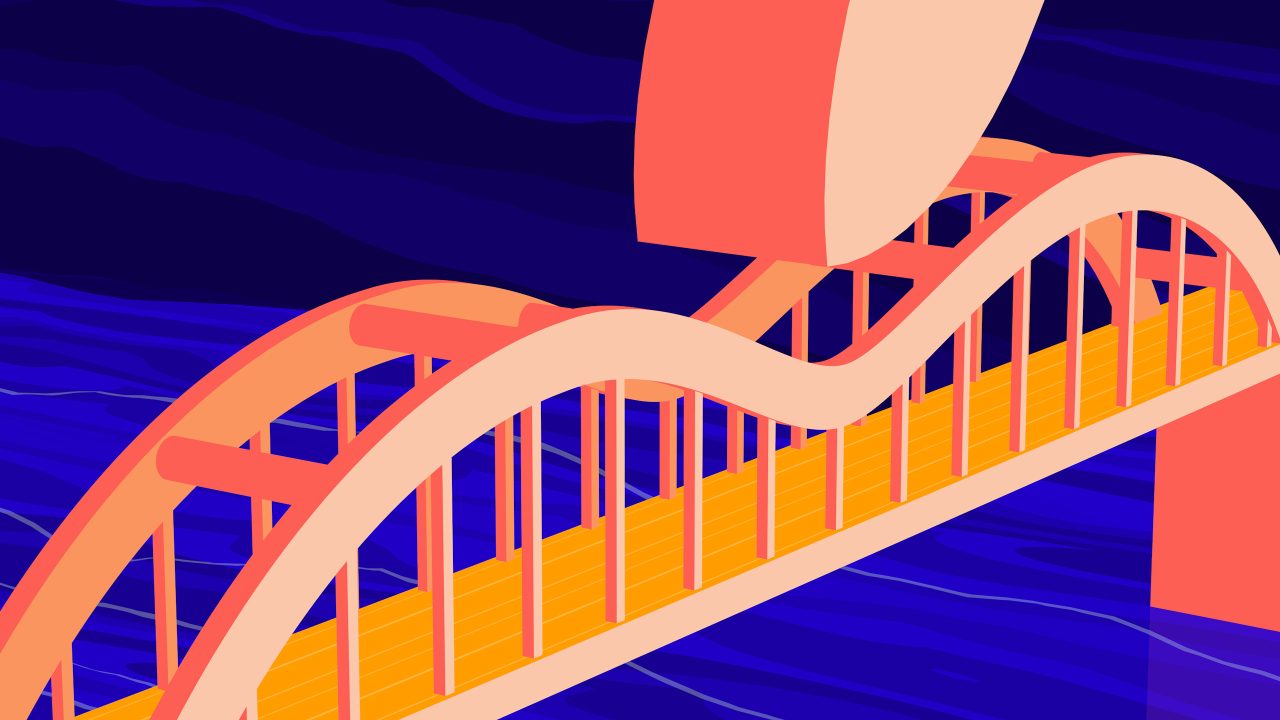 To celebrate the launch of the iPhone 11, 11 Pro, and Apple Watch Series 5, Apple is preparing a whirlwind of retail updates. In addition to Apple Fifth Avenue’s grand reopening in Manhattan, multiple Apple Stores across the world will reopen or move to greatly expanded spaces on September 20.

As is custom for new product releases, the majority of Apple’s 508 retail stores have set special hours for iPhone launch day. You can check Apple’s retail website or the Apple Store app to verify your local store’s opening time. Many locations will welcome customers at 8:00 A.M. on September 20.

Some customers will have a little more to look forward to next week. Below, we’ve detailed which Apple Stores will be moving to new spaces or reopening after renovations. This article will be updated if more locations are announced. If you attend a store opening on launch day, we’d love to see and share your photos. 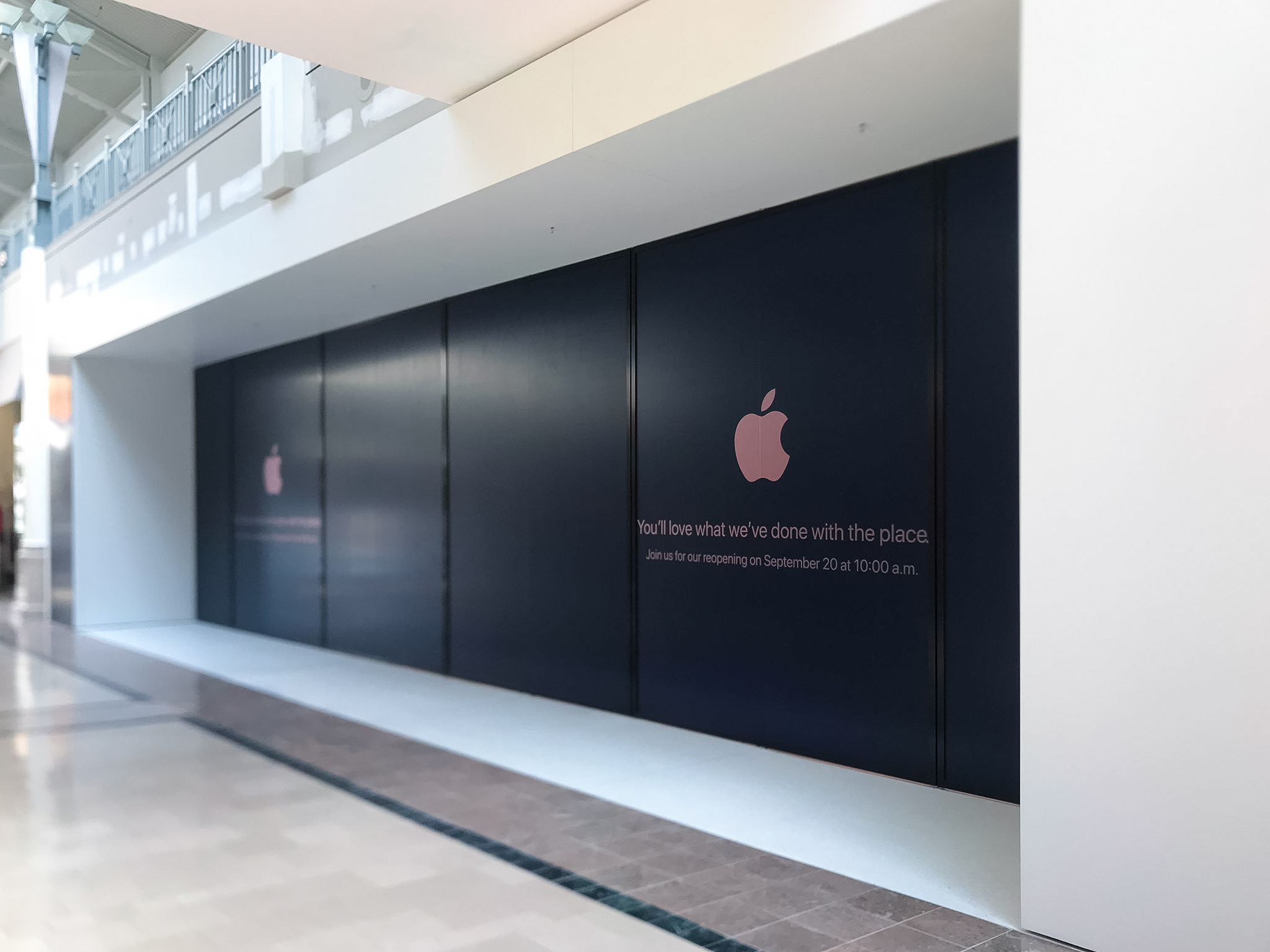 Apple’s classic store in Bridgewater, New Jersey closed this past January for a comprehensive expansion project. The former space at Bridgewater Commons was entirely rebuilt and merged with an old Abercrombie & Fitch location next door, doubling the width of the store. Apple Bridgewater first opened in October 2004 as one of Apple’s short-lived “mini-stores.” The original store closed and moved to a larger space in November 2008. 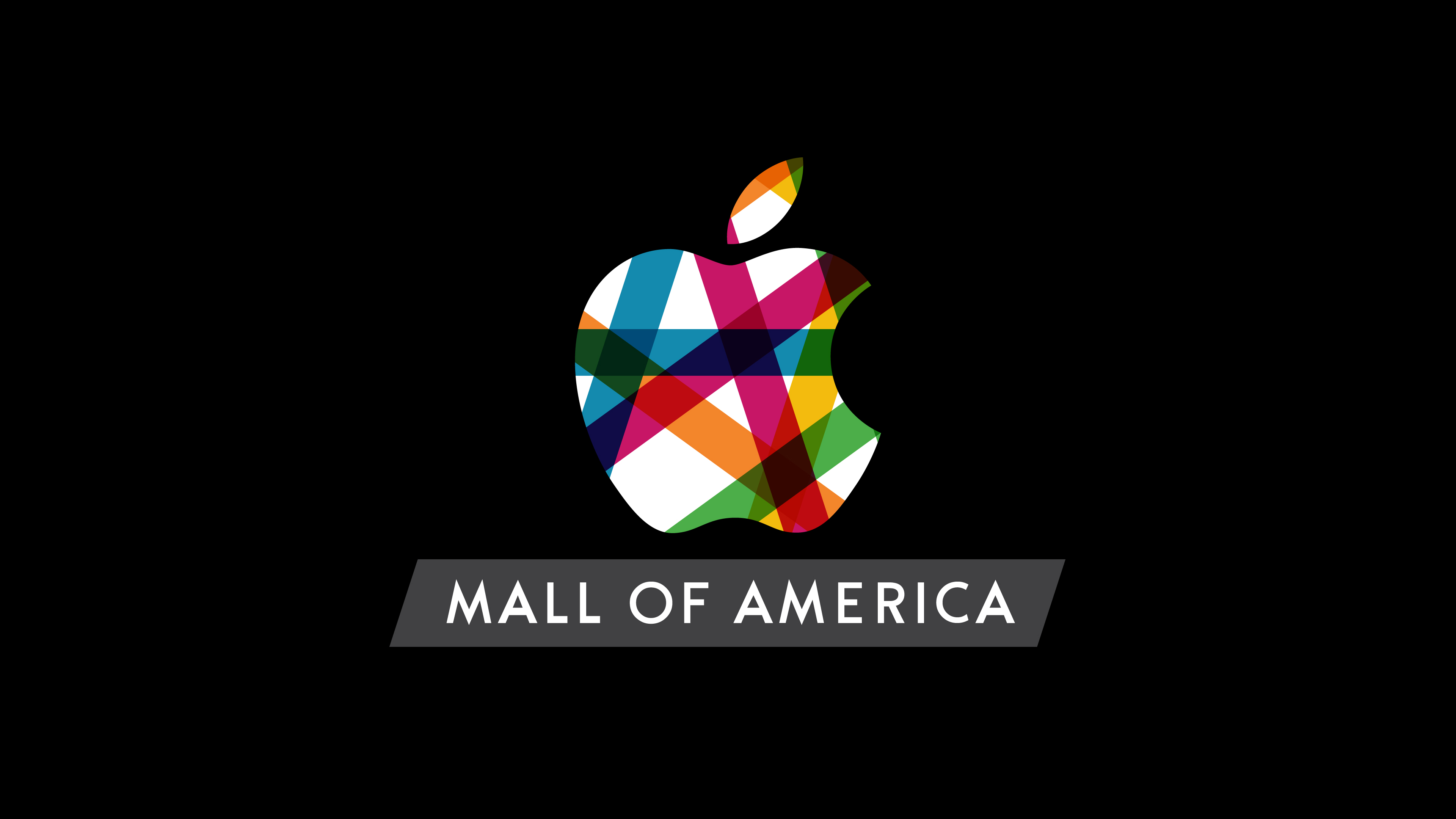 Bloomington, Minnesota’s Mall of America welcomed Apple’s fourth retail store in the world back in August 2001. Earlier renovations removed the store’s theater and original black facade, but the space has remained largely unchanged for the past decade. Now, one of the last remaining examples of early Apple retail architecture will give way to a significantly larger space in Mall of America’s West Market. Since the end of last year, Apple has been renovating space made available by the closure of Tucci Benucch and relocation of H&M.

Last summer, we suggested Apple could make a grand move with a new store in Mall of America’s North Wing. While Apple ultimately picked the West Market, the move will be just as welcome. Next door, a brand new Aritzia store just opened its doors. Canada Goose, Arc’teryx, and SJP are also new additions near Apple. The entire mall wing was remodeled in 2014.

Like Apple Bridgewater and most contemporary Apple Stores, the new Mall of America location will feature a Today at Apple video wall and Forum for expanded access to creative sessions. Both locations will share a common set of interior design elements most recently found at Apple Altamonte. 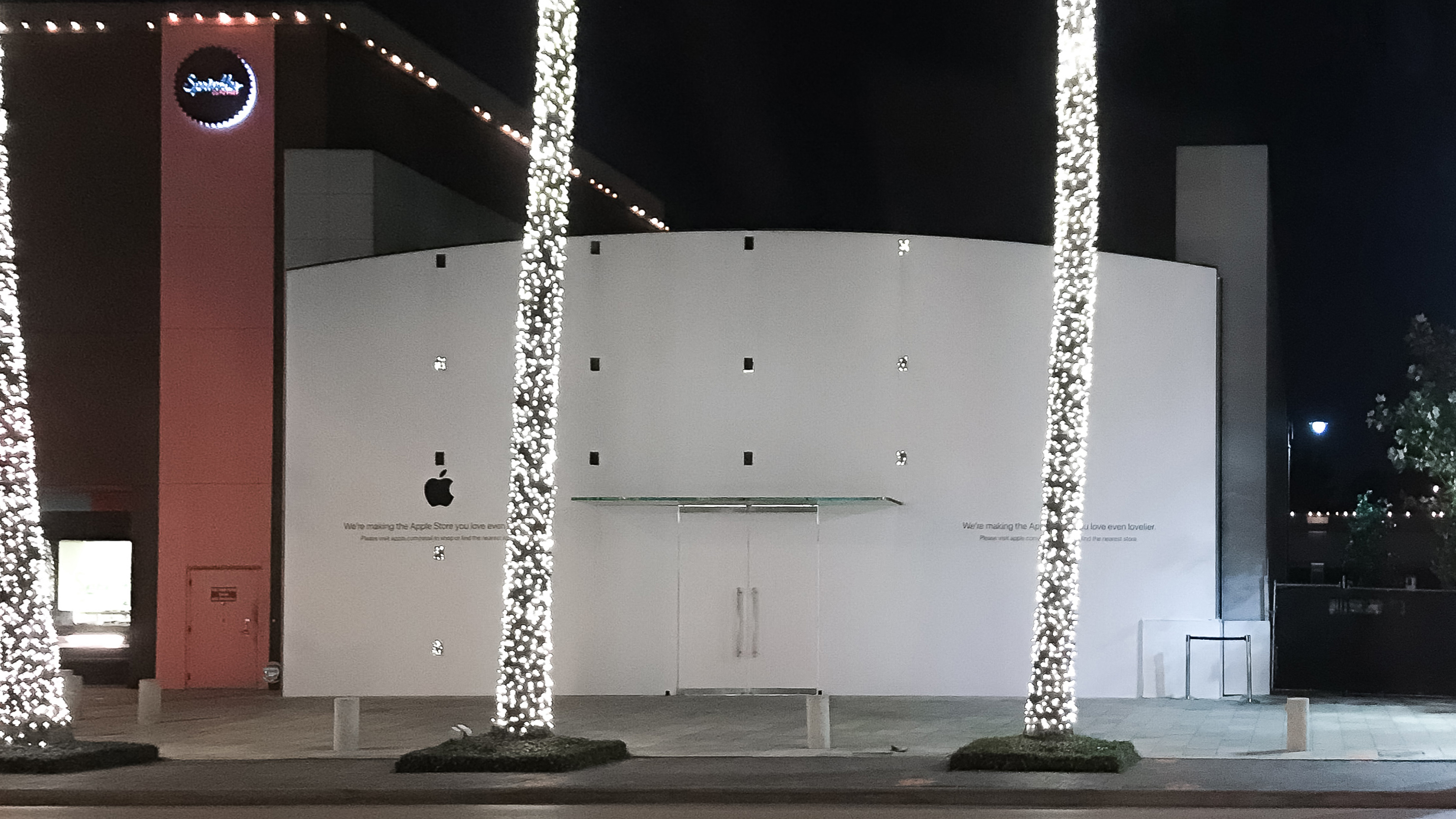 Apple’s Highland Village store in Houston, Texas closed temporarily on July 28 for Today at Apple upgrades and a fresh interior look. The store’s architecture nearly mirrors locations in Palo Alto and Santa Monica, both of which were remodeled last year. The completed Highland Village store may feature a freestanding video wall near the center of the space due to its front and rear entrances. Avenue display shelving, a private Boardroom, and indoor trees may be added depending on Apple’s future ambitions for the location. 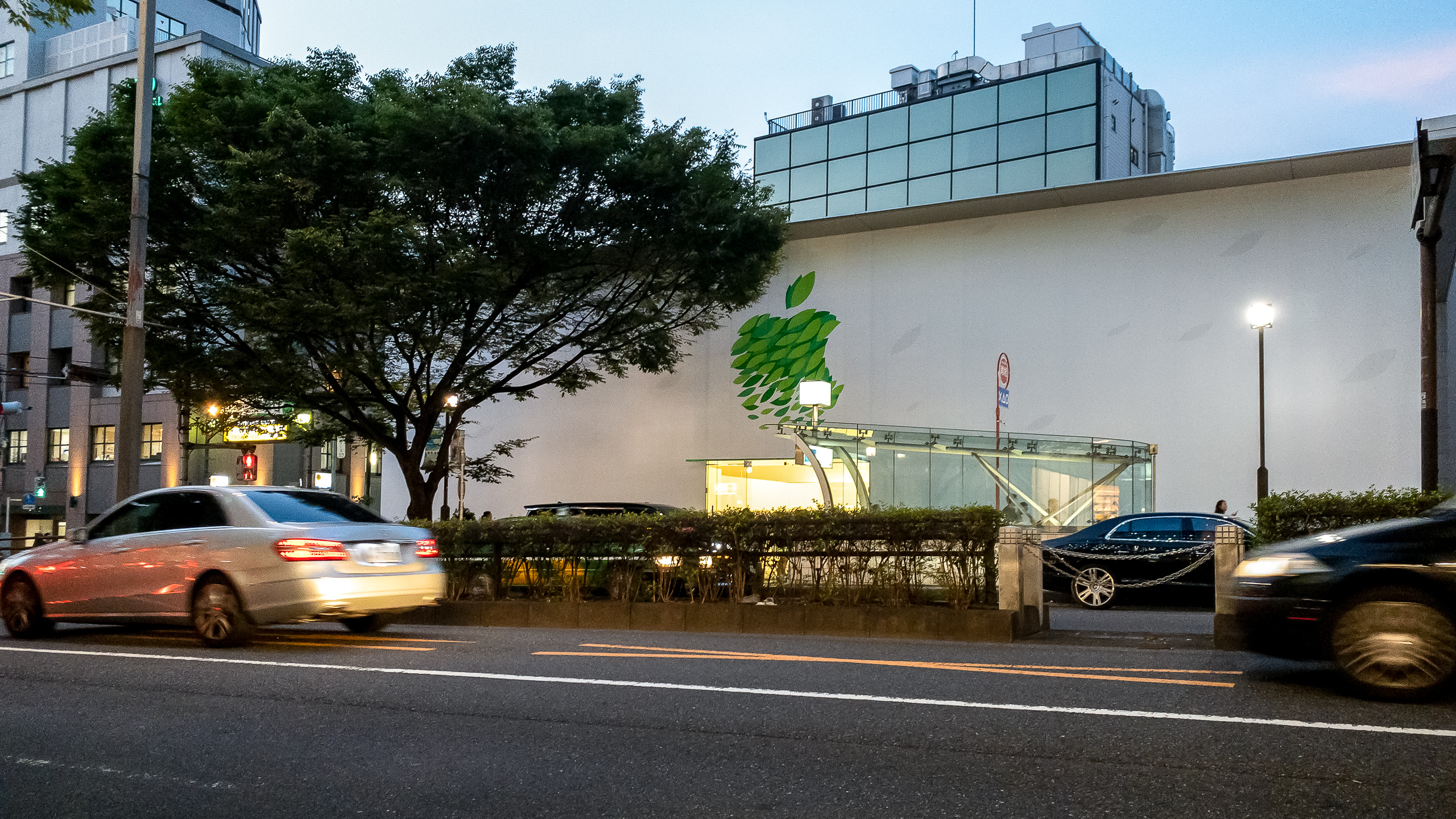 In Tokyo, Japan, Apple’s iconic Omotesando store has been undergoing a very public renovation that will finally be revealed in full. The building’s lower level closed in May to add Avenues and a green wall. Upon its completion, the upper level of the store closed and was covered in decorative graphics referencing the store’s original opening in 2014.

Sandwiched between the opening of Apple Marunouchi on September 6 and the relocation of Apple Fukuoka later in September, Apple Omotesando will return with what Apple calls “creative updates” and a greater focus on Today at Apple. New wallpapers have been published to the store’s webpage in anticipation. 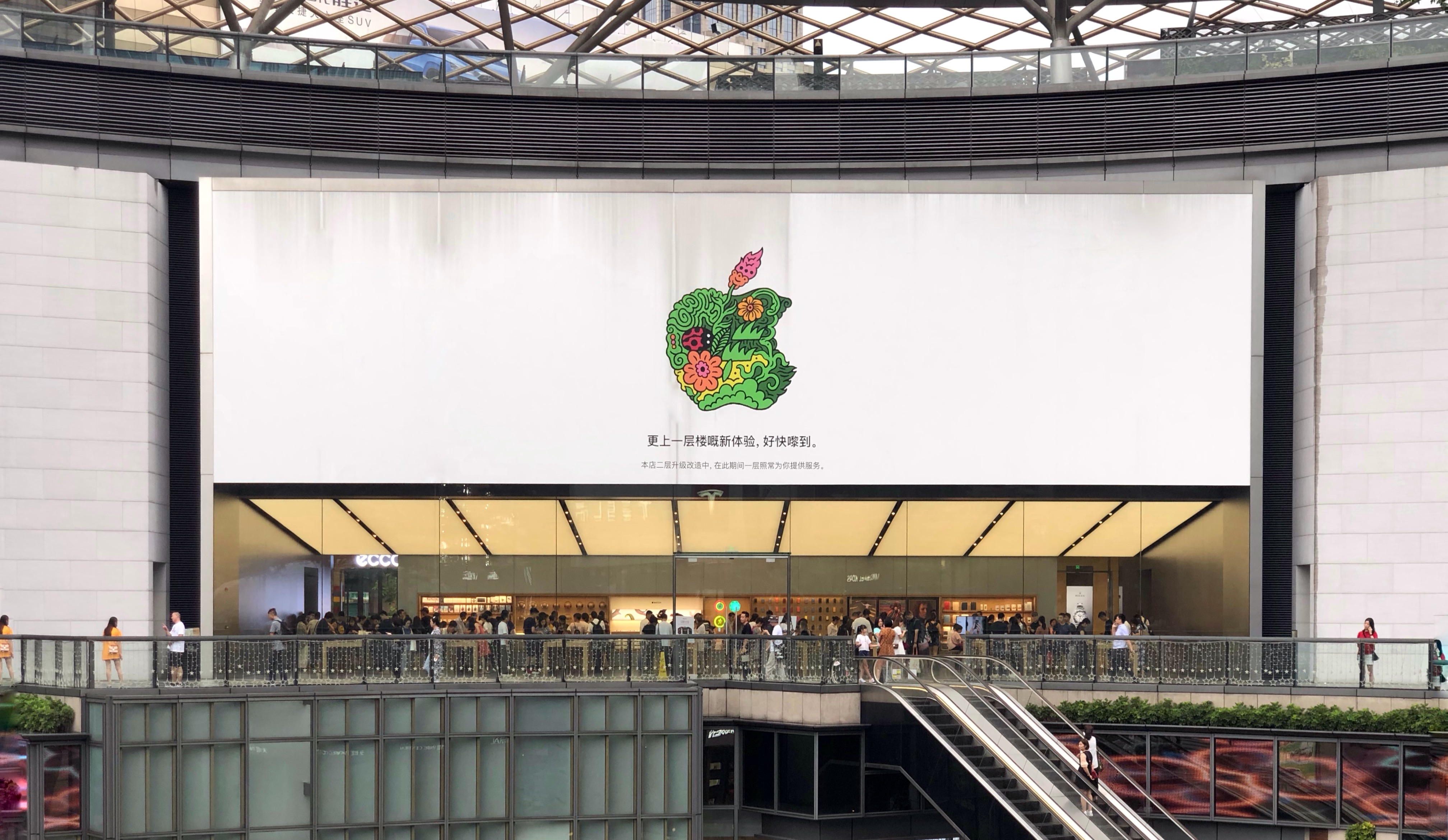 Guangzhou, China’s Apple Parc Central opened on January 28, 2016, making it the last Apple Store in the world built with a classic design scheme. To bring it up to speed with other contemporary store locations, Apple has added Avenue display shelving on the ground floor and has been installing a Forum and video wall on the upper level. The changes are set to be revealed for iPhone launch day. Banners covering the windows of the entire upper level were adorned with an illustrated Apple logo borrowed from last year’s October Special Event in Brooklyn.

Apple is promoting the reopening with the tagline “A new experience on the next level, coming soon.” 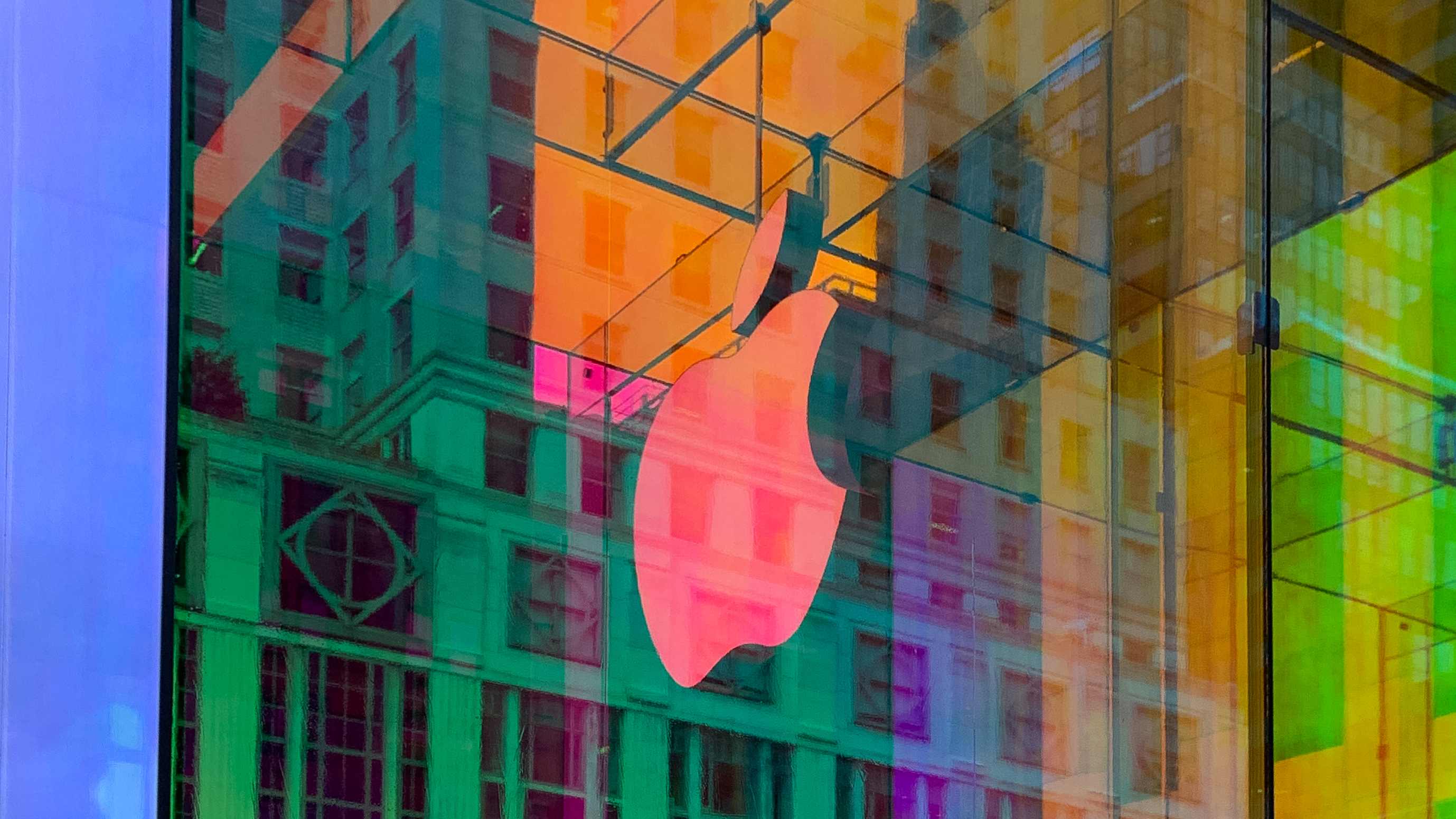 Of course, the main event on September 20 will be the grand reopening of Apple Fifth Avenue. Closed for nearly 3 years, the store’s iconic glass cube is making a comeback above a massively rebuilt and redesigned space below. Apple announced the reopening at its September 10 keynote at Steve Jobs Theater and will celebrate the new store with a lineup of exclusive Today at Apple sessions.