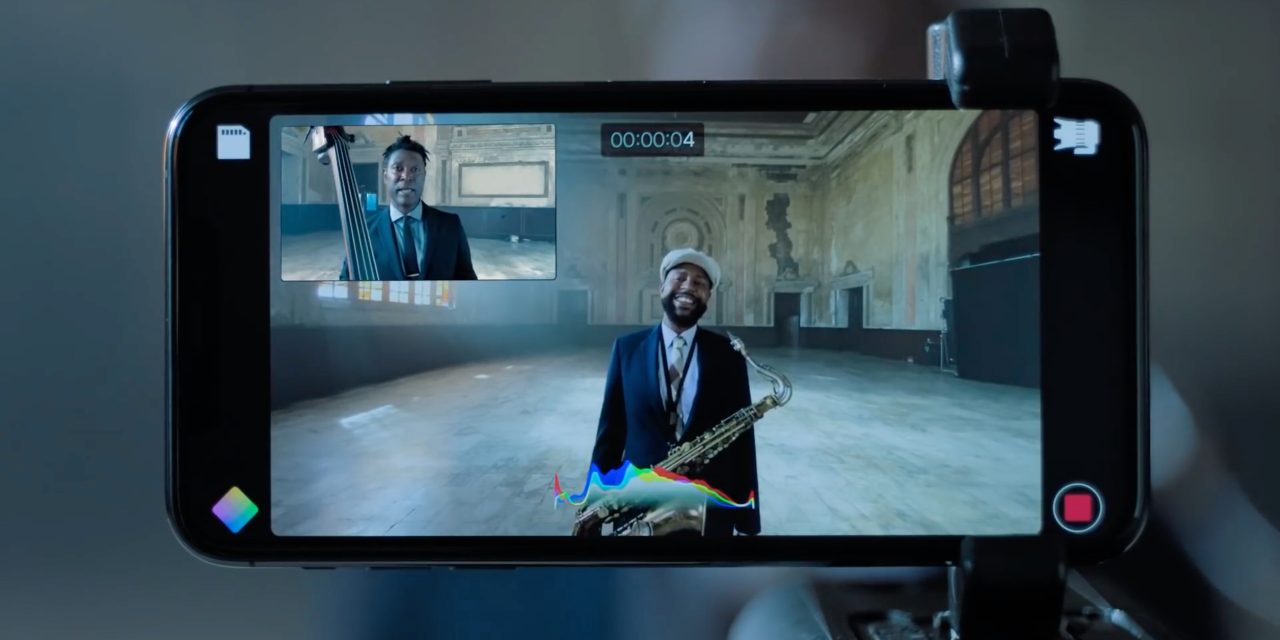 At its event last week, Apple previewed a new version of Filmic Pro running on the iPhone 11 Pro. It was a compelling demo, with the app able to record from multiple cameras simultaneously, like recording the front and back camera together, or filming using the new ultra-wide and standard wide cameras for additional coverage.

However, the good news is that simultaneous multi-cam sessions are not only available on the iPhone 11. The feature is also supported by the iPhone XS, iPhone XR, and the 2018 iPad Pro…

The multi-cam recording relies on new API introduced in iOS 13. At the WWDC session on the subject, Apple stressed that this required significant reworking of the hardware pipeline of their devices, but that the necessary changes have been made in the iPhone XS, iPhone XR, and the new iPad Pro models.

The new APIs allow developers to initiate multi-cam sessions while being conscious of performance and power costs.

This is great news for prospective customers of iPhone 11 and existing iPhone XR/XS owners. If you own the 2018 flagships, you will be able to take advantage of the new multiple camera apps hitting the store in the coming months.

This app ecosystem should be strong, as Apple announced the API back in June, giving developers the entire summer to work on incorporating the feature into their camera apps, so it shouldn’t be a long wait before iPhone 11 and iPhone 11 buyers can start trying it for themselves. For its part, Filmic Pro said that their multi-cam app update will be launching later this year. 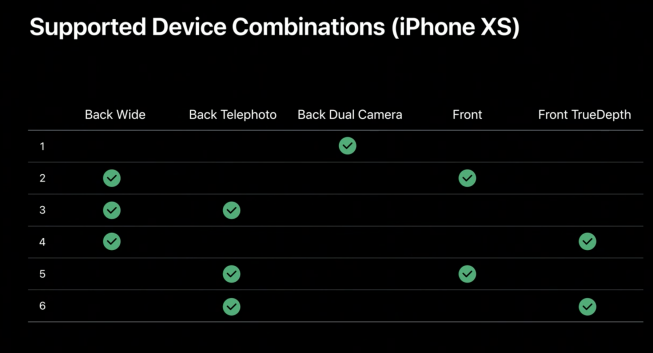 However, recording from multiple cameras is strenuous, and there are some imposed limitations. For iPhone XS and iPhone XR, only certain combinations of cameras can be active simultaneously. Developers may also have to use lower-quality camera feeds, depending on how much work the rest of their own app logic wants to do.

As you can see from the compatibility matrix, the iPhone XS can record (or take photos) from the back wide and front camera together, or the back telephoto and the front camera, or the back wide and back telephoto. Three-camera recording is not supported. It’s not yet clear what combinations of simultaneous camera streams the iPhone 11 and iPhone 11 Pro will be capable of. In the Filmic demo, though, the preview screen appeared to show live feeds from all four of the iPhone 11 Pro’s cameras at the same time.

The multi-cam API is a feature of iOS 13, which launches publicly on September 19. Apple uses the multi-cam technology in the iPhone 11 and iPhone 11 Camera app, showing image data from the wider scene in the toolbar areas of the viewfinder interface. However, the Camera app does not directly support recording multiple streams. For now, iPhone users will have to rely on the third-party app ecosystem for that functionality.