In an interview with Wired published today, Apple’s VP of product marketing, Phil Schiller and Anand Shimpi from the company’s Platform Architecture team give a detailed look at how they are approaching chip design and improving iPhone performance each year. With the A13 Bionic, the two have highlighted how important making the chip more energy efficient is, using software to influence its silicon and how that translates to real-world benefits for users.

As Apple detailed during its iPhone 11 event earlier this month, the A13 Bionic chip powering the new iPhone lineup features 8.5 billion transistors, a total of six cores: four efficiency-focused ones and two performance-focused cores, a quad-core GPU, an octa-core neural engine, and two machine learning accelerators that can handle one trillion operations a second.

All that makes for up to a 30% more efficient chip with up to 20% faster performance compared to the A12. While Apple’s competitors now have 8-core mobile chips compared to its 6-core A13, Apple’s tight integration between its hardware and software still give it the edge when it comes to performance.

For an already high-performing chip to see such a significant boost is sort of like watching Usain Bolt beat himself in a sprint.

Phil Schiller and Anand Shimpi shared with Wired how they approach chip development with a focus on efficiency.

“We talk about performance a lot publicly,” Shimpi says, “but the reality is, we view it as performance per watt. We look at it as energy efficiency, and if you build an efficient design, you also happen to build a performance design.” 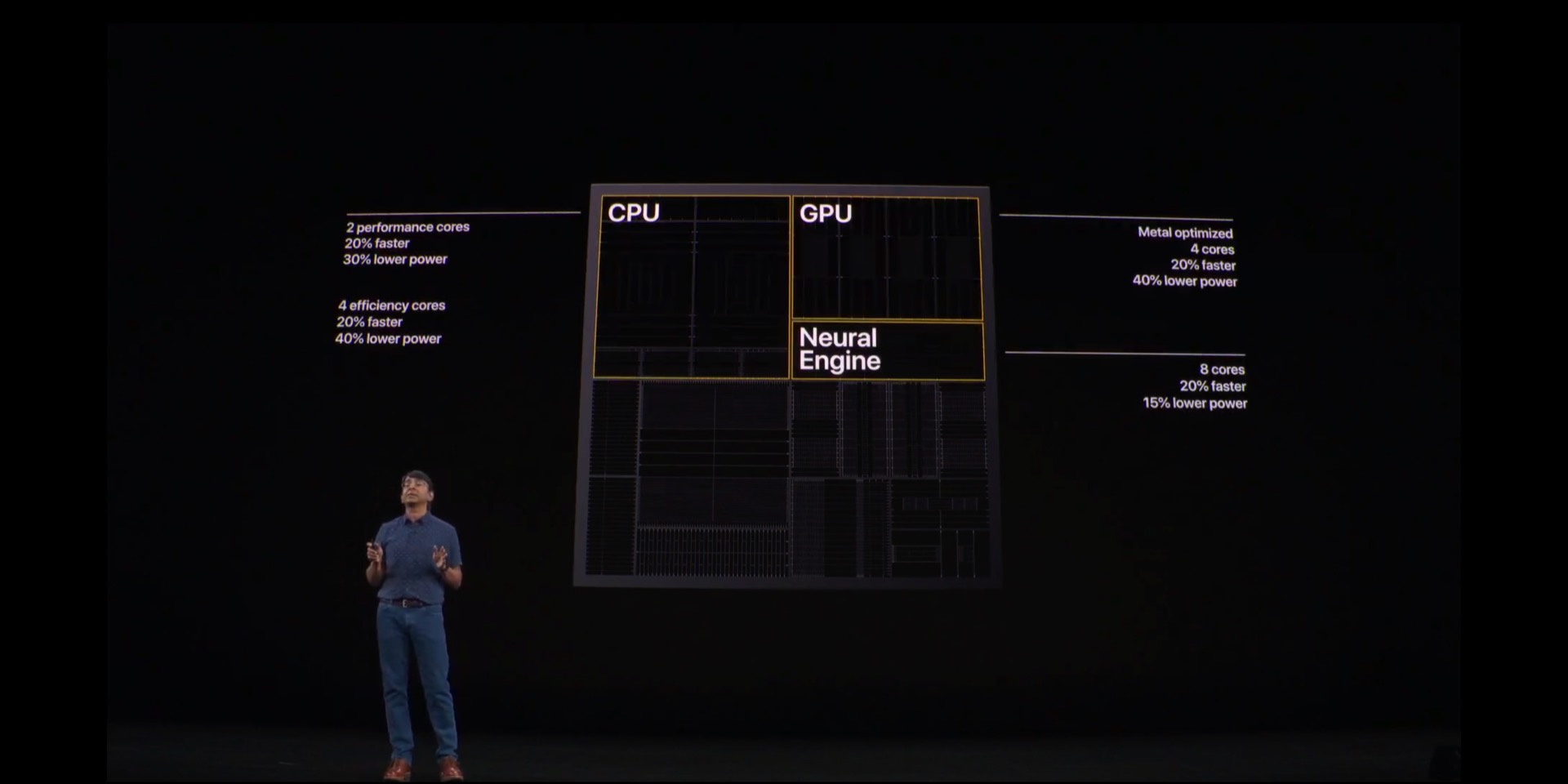 Shimpi and Schiller both were forceful about this maniacal focus on power efficiency and performance. For instance, the CPU team will study how applications are being used on iOS, and then use the data to optimize future CPU designs. That way, when the next version of the device comes out, it will be better at doing the things that most people do on their iPhones.

Then for the applications that don’t need the extra optimization, Shimpi said that they end up using less power. The interview also unveiled that Apple applies the same approach to its GPU and machine learning development.

This strategy isn’t just for CPUs. The same performance-per-watt rules apply to machine learning functions and graphics processing. For example, if a developer working on the iPhone’s camera software sees a lot of utilization of the GPU, then she can work with a GPU architect to figure out a better way of doing things. This leads to a more efficient design for future graphics chips.

Another advantage Apple has with its A13 Bionic is how it processes differently than other chips.

Apple’s secret, though, lies in the way all of these various parts of the chip work together in a way that conserves battery power. In a typical smartphone chip, parts of the chip are turned on to do particular tasks. Think of it as turning on the power for an entire neighborhood for them to eat dinner and watch Game of Thrones, then turning the power off, then switching on the power for another neighborhood that wants to play videogames.

With the A13, think of doing the same on-and-off approach, but on a single home basis. Fewer electrons go to waste.

Schiller notes that machine learning is key for these optimizations that set its silicon apart from the rest.

“Machine learning is running during all of that, whether it’s managing your battery life or optimizing performance,” Schiller said. “There wasn’t machine learning running ten years ago. Now, it’s always running, doing stuff.”

The full Wired interview is definitely worth a read, check it out here.